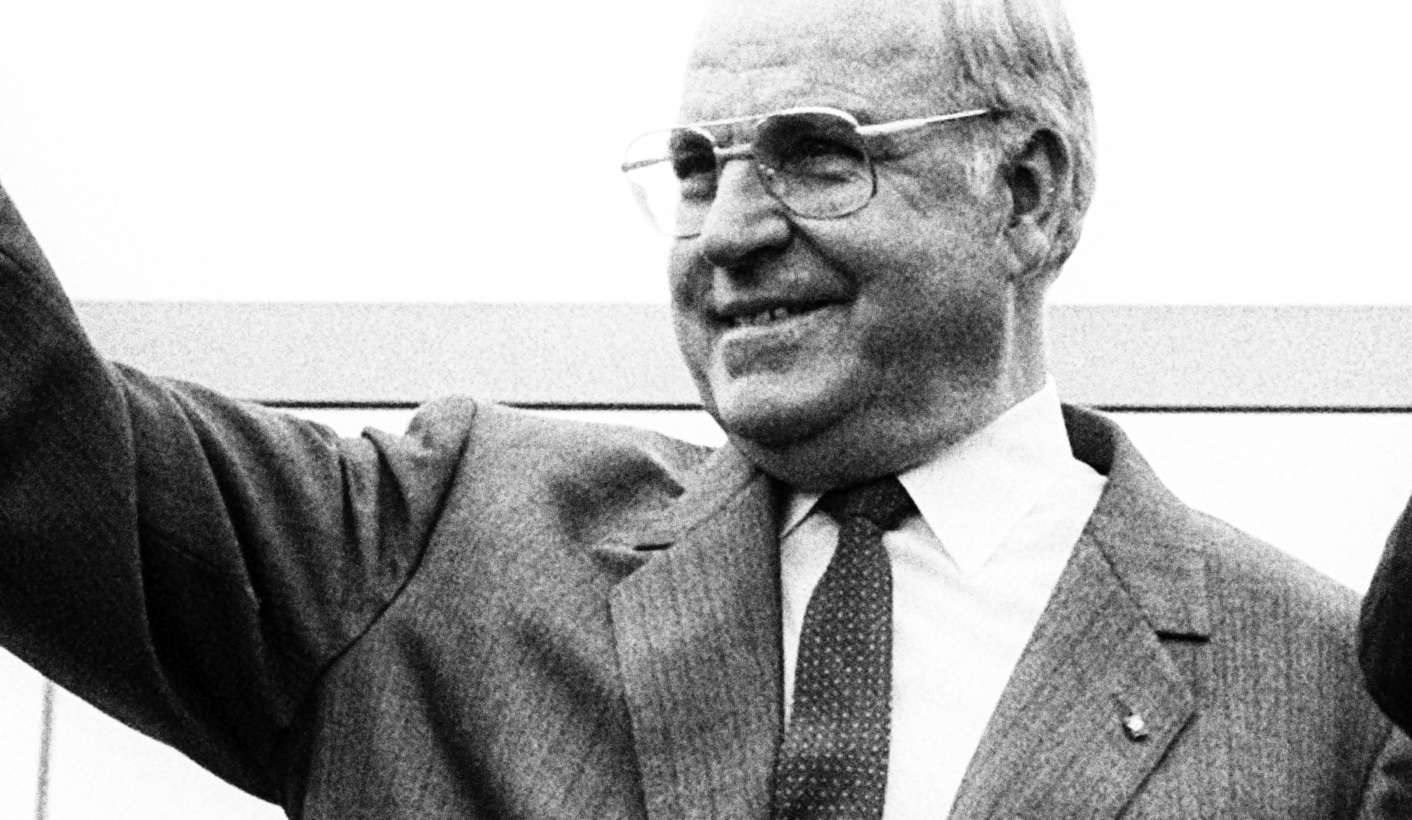 This is the 16th article in the series, Declassified: Apartheid Profits. While researching the recently published book Apartheid Guns and Money: A Tale of Profit, Open Secrets collected approximately 40,000 archival documents from 25 archives in seven countries. This treasure trove contains damning details of the individuals and corporations that propped up apartheid and profited in return. Many of these documents were kept secret until now. OPEN SECRETS believes that it is vital to allow the public to scrutinise the primary evidence. In this article we explore the military and intelligence ties between apartheid South Africa and West Germany, and how they bled into arms dealing in democratic South Africa.

As part of the controversial 1999 arms deal, the South African Navy bought three submarines from a consortium of German arms companies. The consortium was led by Ferrostaal, and included Howaldtswerke-Deutsche Werft (HDW) and Ingenieurkontor Lübeck (IKL), today trading as a subsidiary of thyssenkrupp. In 2011, conclusions from an internal compliance report commissioned by Ferrostaal revealed that the company had paid well-connected agents in South Africa $40-million at the time of negotiating the deal. The report undertaken by legal firm Debevoise & Plimpton said that the payments raised “significant red flags” suggesting illicit behaviour.

The paid agents included Tony Georgiadis, a Greek shipping tycoon (and apartheid-era sanctions buster) with close ties to former President Thabo Mbeki and FW de Klerk; a former defence-industry executive named Tony Ellingford who was known to be close to the late defence minister Joe Modise, and a former naval officer, Captain Jeremy Mathers. What was not revealed was that HDW, IKL and Mathers had all played a role in facilitating the sanctions-busting sale of submarine designs and technology to the apartheid military during the 1980s.

In 1986 the German Green Party blew open a plan by the governments of West Germany and South Africa to bust the UN arms embargo. The secret plan, referred to as Project Tamboeryn, had started in 1982 and involved Pretoria’s clandestine acquisition of submarine blueprints from West Germany. Jeremy Mathers managed the project, and would be Ferrostaal’s consultant a decade later in the 1999 arms deal.

The plan was that the submarines would be built in South African port cities such as Durban using the knowledge provided by HDW and IKL. Before being exposed in 1986, the secret deal grew to include the transfer of expertise and electronic components provided by the large German electronics multi-national companies, Siemens and Zeiss. To ensure utmost secrecy for Pretoria and the corporations, the exchange drew in middlemen who secretly facilitated the transfer through Turkey and Israel and cost 423-million Deutsche Marks (R3.5-billion in today’s terms).

To understand how this illicit apartheid-era arms deal was brokered, it is essential to understand the close ties between the political elite in Bonn and Pretoria. This is based on material drawn from the book Apartheid Guns and Money. On 5 June 1984, the German chancellor, Helmut Kohl, met with PW Botha in the West German capital. With hundreds of anti-apartheid protesters chanting outside, Kohl welcomed Botha by saying “that the conversation could only be useful if it was an open discussion… It would not help to hide behind diplomatic niceties”. Botha responded by asking that the two send their foreign affairs ministers out of the room so they could speak privately about “personal matters”.

Once alone, Botha got straight to the business of the submarine deal, a “matter which was of great importance” for relations between the two countries. He assured Kohl that “everything had been arranged between IKL/HDW and the South African shipbuilder” and appealed to the German chancellor to “take a positive decision as soon as possible”. To this, Kohl assured the South African prime minister that “he would take care of the matter personally”. This cemented the diplomatic aspect of the deal, allowing South Africa to use German “specialised know-how to build its own U-boats” in Cape Town and Durban.

Despite a huge political and financial investment, the Green Party intervention coupled with the winding down of the war in Angola in the late 1980s led the regime in Pretoria to shelve their plans. Within a decade, the same German companies were bidding for favour with a new democratic administration in Pretoria.

This deal was just one example of strong trading and military ties between West Germany and apartheid South Africa in the 1980s. While the German Mercedes Benz and BMW car factories continued rolling out cars for the South African elite, UN sanctions and the growing power and voice of the global anti-apartheid movement meant that the military and intelligence relationship increasingly had to be conducted in secret. These connections were tested in 1981 when South Africa sought to replace its long-standing military attaché and were told that the German department of foreign affairs was not in favour of a new appointment. On the surface, it appeared that the South Africans had been blocked by more progressive forces in the German administration.

However, behind the scenes, on a visit to Bonn, the South African Military Intelligence chief of staff was told by his German counterpart that the Germans would support a covert solution to the problem. The current military attaché would maintain his position on paper while another official would be secretly placed in the South African embassy to practically take over the role.

As in many countries, while formal diplomatic ties were strained under public scrutiny, military intelligence agencies opened the back door and allowed the apartheid regime to continue operations in the shadows. This allowed a deep state network to flourish between the two nations.

In the same memo, the Germans offered the South Africans $2-million in return for “a Soviet MI-24 helicopter or SU-22 aircraft from Angola.” It was not unusual for Western powers to request such material from the Angolan battlefield from the apartheid military. Testament to these close ties was a proposal by the German intelligence services that South Africa fork out half of the cash used to buy a Soviet MiG-23 fighter jet valued at $25-million. Both agencies, the Germans argued, could then study the aircraft together in South Africa and learn more about how it was made.

These military and intelligence links reveal the complicity of some of West Germany’s largest corporations and state intelligence agents with the apartheid regime. They also provide one of the clearest examples of the long shadow of economic crime in South Africa.

Criminal behaviour during apartheid established clandestine practice that many arms corporations embraced when doing arms deals with the Mbeki administration in 1999. They set out to poison South African politics again with impunity. Politicians such as Jacob Zuma were allegedly corrupted in the process and have spent the past two decades fighting tooth and nail to avoid prosecution for such crimes. This has taken a heavy toll on South Africa’s democratic institutions.

The legacy of this illicit activity and the alleged role-players who profited from it will all be the focus of the People’s Tribunal on Economic Crime, a civil society initiative that will take place from 3-7 February 2018 at Constitution Hill in Johannesburg. While the powerful continue to act with impunity, the people should show that it is possible to hold them to account. DM

Read more about the proxies and other players who helped South Africa bust sanctions in Apartheid Guns and Money: A Tale of Profit by Hennie van Vuuren published by Jacana Media