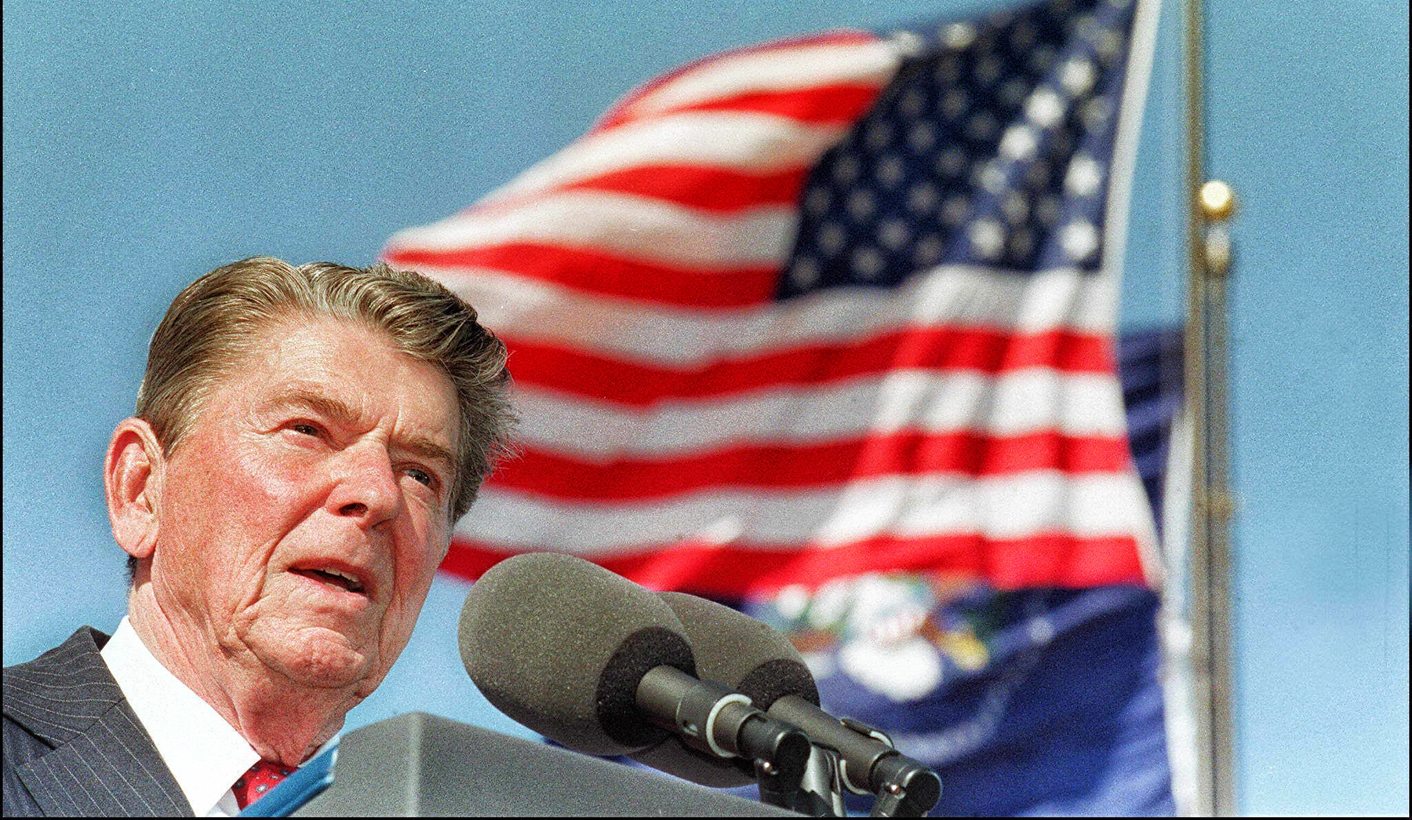 Welcome to the 11th article in the series, Declassified: Apartheid Profits. While researching the recently published book Apartheid Guns and Money: A Tale of Profit, Open Secrets collected approximately 40,000 archival documents from 25 archives in seven countries. This treasure trove contains damning details of the individuals and corporations that propped up apartheid and profited in return. Many of these documents were kept secret until now. Most remain hidden despite South Africa’s transition to democracy. OPEN SECRETS believes that it is vital to allow the public to scrutinise the primary evidence. This week we take a look at the shadowy world of illegal arms dealing between the US and apartheid South Africa, and the CIA links behind them.

The Central Intelligence Agency (CIA) is infamous for its covert support for authoritarian regimes around the world. Nevertheless, the precise nature of the collaboration between the CIA and apartheid intelligence services has long been the subject of speculation. The South African public only received confirmation in 2016 that it was a CIA agent that shopped Nelson Mandela in 1962 leading to his arrest and imprisonment. Questions have remained about the extent of the CIA’s role in supporting their anti-communist allies in apartheid South Africa. Recently declassified South African military intelligence documents, coupled with a US sanctions busting investigation, reveal some answers.

On 31 October 1991 James H. Guerin, the CEO of the US defence contractor International Signal and Control (ISC), was sentenced to 15 years in prison. He had pleaded guilty to eight charges relating to fraud and illegally selling weapons to the value of $50-million to the apartheid government. The investigation into Guerin and ISC for sanctions-busting by US authorities exposed many of the clandestine networks that had facilitated this illegal international arms trade. Naturally, a key player revealed was South Africa’s state-owned arms company, Armscor.

In fact, US Federal Prosecutors continued to pursue seven Armscor officials into the post-apartheid era. The diplomatic fallout resulted in part in US arms companies being frozen out of the corrupt 1999 Arms Deal in South Africa. It was because of this case that US arms sanctions against South Africa continued until well after the first democratic elections in 1994 when the UN embargo was lifted.

According to top secret South African Defence Force (SADF) documents, senior Armscor officials were worried that these US-led investigations into ISC threatened to compromise a range of its international sanctions-busting operations. In March 1990 the head of Armscor’s security department wrote a letter to his counterpart in SADF counterintelligence. Included in the correspondence was a memo drawn from an internal Armscor investigation into the ISC proceedings.

The Armscor memo details the covert channels used by Armscor to both purchase the sophisticated missile technology from ISC, and then to sell it on. The parties to the transaction were Armscor’s subsidiary Kentron and an ISC cut-out firm, ISC Technology. Their clandestine communication was channelled through covert Armscor offices in Italy and Hong Kong.

Perhaps the most surprising detail in the memo is who the South Africans were selling the missile technology on to – the People’s Republic of China. Armscor was most concerned that this secret resale of ISC missile technology to “communist” Beijing would be exposed.

1. Armscor and International Signal and Control

The obvious question is, was the CIA involved and how much did it know? Was it aware that the American firm ISC was selling weapons technology to the South Africans. If so, was it aware that this was being passed on to Communist China? It’s hard to imagine that one of the world’s most powerful spy agencies didn’t know about this illegal arms trade happening right under their noses.

There is a range of circumstantial evidence to support the claim that the CIA were aware or even complicit in the trade. First, James Guerin himself used to be a CIA agent. Then consider that the US and South Africa had been long-time Cold War allies. Since the 1960s and 1970s the two countries’ intelligence agencies had enjoyed a close relationship, including the CIA shopping Nelson Mandela, who they believed to be under Moscow’s control, in 1962.

This long-term cosy relationship was given a significant boost in the 1980s. In particular, the 1981 election of Ronald Reagan, and the appointment of William (Bill) Casey to the head of the CIA the same year, solidified Washington’s ties to Pretoria despite official sanctions. Both men favoured a “privatised” covert network of support for US anti-communist allies, of which apartheid South Africa was one.

Recently declassified SADF records reveal new details about how this relationship worked. They confirm that the CIA had a local representative in South Africa who went by the codename, Citric. In a 1983 memo, Citric (who is believed to be CIA agent J. Kelly) informed the South Africans that two agents from the CIA’s psychological warfare unit were interested in visiting South Africa. According to Citric the agents would be a useful resource for the SADF forces in Angola because they were “highly skilled, intelligent and specialists on Cuba”. These agents, the CIA believed, could help the South Africans combat the Cubans through the use of psychological warfare. This was just one way in which CIA resources were directly used in South Africa’s border wars.

The CIA shared its personnel and skills with the SADF, but also its information. Citric was again the liaison for nine pieces of intelligence-related material that were handed over to the SADF in March 1983. The list included intel on a diverse range of international matters, including the Soviet Union’s relationship with Libya and Syria, violence in the West Bank and relations between Afghanistan and Pakistan. Amid these reports was key strategic information about the location of Angola’s surface-to-air missile bases. This kind of intelligence was crucial to the SADF-backed Unita rebels in Angola.

Given the closeness of the relationship between the CIA and South African military, it is difficult to come to any conclusion but that the CIA had full knowledge of the ISC illicit shipments to Pretoria. Were they aware that this US technology was being passed on to China? Perhaps this was an acceptable cost in their broader geopolitical game.

The extensive collaboration between the CIA and the apartheid regime highlights the rampant illegality within the US intelligence services. For decades, this culture shaped American foreign policy and crept into many international conflicts. It thrived under Reagan’s brand of extreme supply-side capitalism where everything had a price, and has arguably culminated in entrenching inequality and undermining democracies worldwide.

One of those international interests was South Africa, whose apartheid regime thrived through its conservative US connections. The 30-year continuity of this globally dominant US brand of political culture where democracy is for sale set the stage for the presidencies of George W. Bush and most recently, Donald Trump.

Trump, with his fingerprints all over clandestine illicit ties to countries such as Russia, has also shown a willingness to draw on deep state networks to deliver him political victories. The resurgence of white nationalist politics in the United States is a reminder of why democratic oversight over the operation of intelligence agencies remains crucial. Populists such as Trump have a flair for political expediency, and the abuse of intelligence agencies’ powers is crucial to covering their tracks and doing their dirty work. Where domestic and international law is broken with ease, human rights are almost inevitably trampled on with impunity. DM