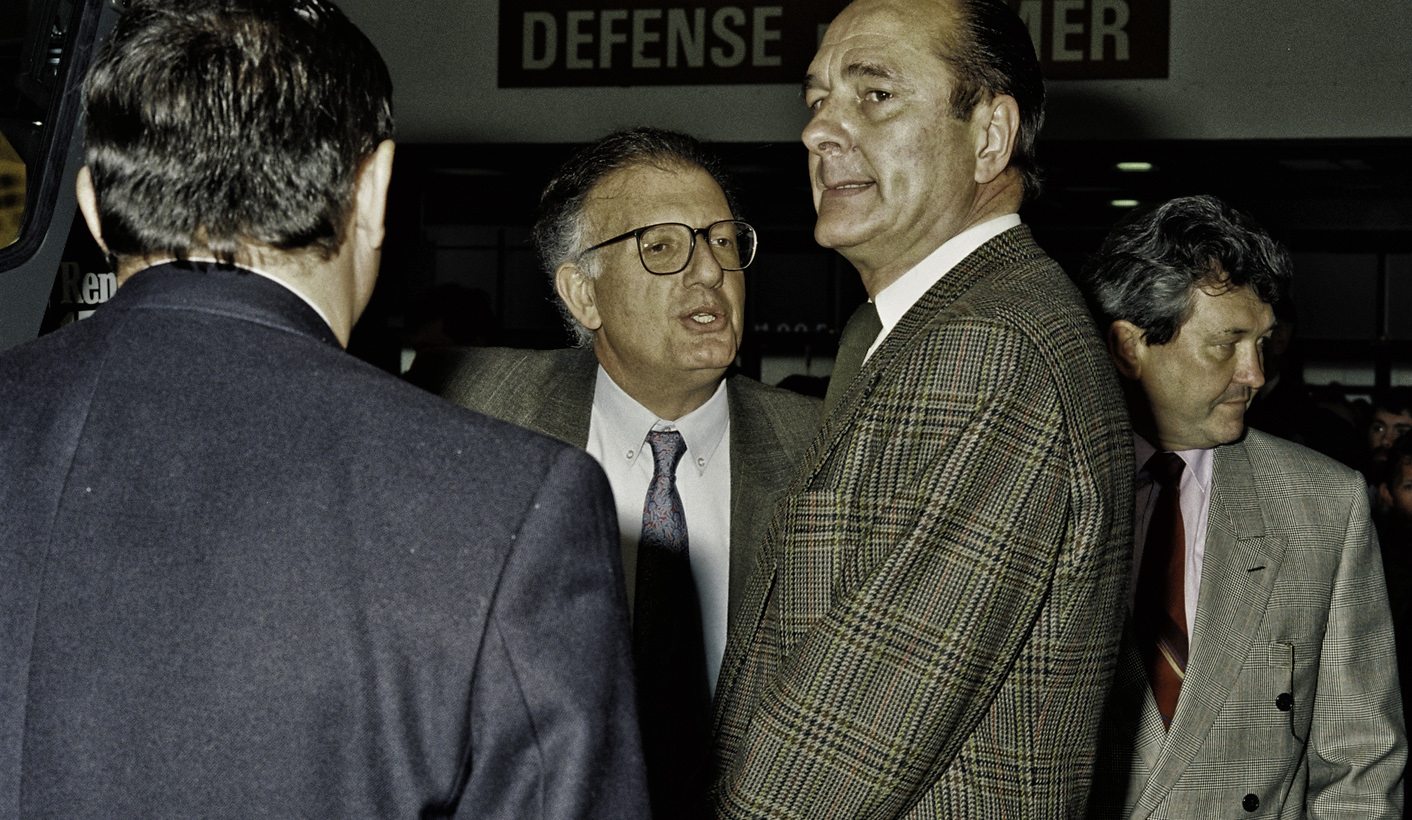 This is the seventh edition of the Open Secrets’ series, Declassified: Apartheid Profits. While researching the recently published book Apartheid Guns and Money: A Tale of Profit, Open Secrets collected approximately 40,000 archival documents from 25 archives in seven countries. This treasure trove contains damning details of the individuals and corporations that propped up apartheid and profited in return. Many of these documents were kept secret until now. Most remain hidden despite South Africa’s transition to democracy. OPEN SECRETS believes that it is vital to allow the public to scrutinise the primary evidence. Here we invite you behind the scenes to look at the documents that informed the book. Last week we looked at the global money-laundering system managed by Kredietbank Luxembourg. This week we see how a secret office in Paris was responsible for using this system to broker weapons deals and bust the embargo.

The South Afrcan embassy in Paris looks like an armoured beehive. It has a metal exoskeleton designed to protect its fragile glass interior from rocks and bombs lobbed at it by anti-apartheid protesters. Built in 1974, the embassy overlooks the river Seine and is only three blocks away from the French Ministry of Foreign Affairs in the heart of the city. The building has 10 storeys with three storeys underground based around vast expensive panels of black and white marble.

This was no ordinary embassy. Hidden on the top floor from the late 1970s until the early 1990s was one of Pretoria’s most important secrets – a clandestine office that housed more than two dozen Armscor officials. Their job was to broker illegal arms deals with arms companies and middlemen throughout Western Europe which fuelled apartheid’s war machine. These officials flowed in and out of the embassy throughout the ’70s and ‘80s with the full knowledge of French intelligence services. Some officials were even afforded diplomatic passports.

This may all seem fantastical, better suited to a spy novel. But newly declassified documents from the foreign affairs archive reveal the banal elements of such an extensive operation: ordinary people. By glancing at their personnel files, it is clear that most of these officials were career bureaucrats with families and hobbies such as gardening or playing tennis and jukskei. Yet their day jobs required top-secret security clearance and involved buying guns, bombs and other weapons for the apartheid regime.

Such is the banality of evil.

The French connection facilitated through the beehive on the Seine was central to Pretoria’s war efforts during the sanctions period, but these connections went much further back. PW Botha, South African Defence Minister and later Prime Minister, was central to this relationship. From an itinerary dated 8 to 10 June 1969 and entitled Journey of Mr Botha, we know that he joined French arms company Thompson CSF in the South of France to test missiles and taste wine.

The visit, organised by Thompson, saw its chairman P Richard, PW Botha, and generals and ambassadors from both countries stay together at the Hotel La Reserve just outside Bordeaux. By day, they tested the new Cactus missile which Thomson CSF had developed with help from South Africa. By night they retired to wine tasting and celebrations of their collaboration. The apartheid government needed weapons and the French arms industry needed money – thus started a long-term alliance, the repercussions of which we still feel today.

One of many remarkable examples found in declassified South African military intelligence documents is a series of meetings held in Paris between 22 and 24 July 1987. At the first of these, French intelligence agents offered the South Africans a handful of test models of the state-of-the-art Mistral missile. Still unused by the French military themselves, it was hoped that South African forces could “field test” them in Angola. This was the beginning of what would become a political scandal in France, as the ultimate attempt to use Congo Brazzaville as a front to ship 50 Mistral missiles to South Africa was blown open.

At the same meeting, the DGSE promised a range of anti-tank and anti-aircraft missiles, even offering to secure supply from other countries such as Germany if they did not have the weapons on hand. Acknowledging the arms embargo (which the French were responsible for enforcing as a member of the Security Council), the DGSE suggested that there were some simple solutions, including clandestinely shipping the weapons via Zaire (now the Democratic Republic of Congo) – a regular route used by the South Africans for busting sanctions.

Such meetings were not only about weapons though. They were also a space to play where the South African security forces were drawn into French domestic political battles. Following the meeting with the DGSE, the South Africans were taken to meet Jacques Foccart, long-time ally of then conservative French Prime Minister Jacques Chirac. Foccart wanted to speak to South Africans about a French citizen, Pierre-André Albertini, then imprisoned by the puppet regime of the Ciskei for assisting the ANC.

Albertini would eventually be one of the prisoners released in the well-known September 1987 prisoner exchange in Mozambique that included 133 Angolan soldiers and the return of Wynand du Toit from prison in Angola. Yet in July of that year, Foccart had a different and stunning request for the chief of the South African Defence Force: keep Albertini in prison. Why? In Foccart’s words, “In the event that Albertini is released now, President Mitterrand will receive credit for this. Prime Minister Chirac is eager to prevent this.” Foccart and Chirac saw political advantage in extending their countryman’s imprisonment if only because his liberty would benefit the political chances of his chief rival, Socialist President Francois Mitterand in 1988 French presidential elections.

The intelligence and military links between France and South Africa did not end in 1994. As with so many dubious networks that facilitated illegal trade during apartheid. Nowhere is this more obvious than with Thompson CSF, the company whose chairman was testing missiles with PW Botha in 1969 and continued to supply the apartheid government with weapons to fight its wars throughout the 1970s and 1980s.

In the 1990s, Thompson CSF was renamed Thales and was again doing business on South African shores. It is Thales which was found by the South African Supreme Court of appeal (in the Schabir Shaik trial) to have offered a bribe to then Deputy President Zuma to gain a contract in the 1999 arms deal. It is alleged by whistle-blower Ajay Sooklal that Zuma had used the code-words “I see the Eiffel Tower lights are shining today” to accept the bribe.

What these documents reveal is that the Eiffel Tower lights have been shining for the South African power elite for a very long time.

South African authorities post-1994 haven’t had the will or courage to investigate the long story of these relationships, and South Africa’s democracy has suffered as a result. Yet one brave activist did have the courage to investigate the illicit arms trade between France and the apartheid regime and did so at the height of this trade in the 1980s. Dulcie September, the ANC’s representative in Paris, did this difficult and dangerous job with almost no resources. In 1988, she was murdered.

Next week we ask whether her investigations provide the motive for her murder. DM