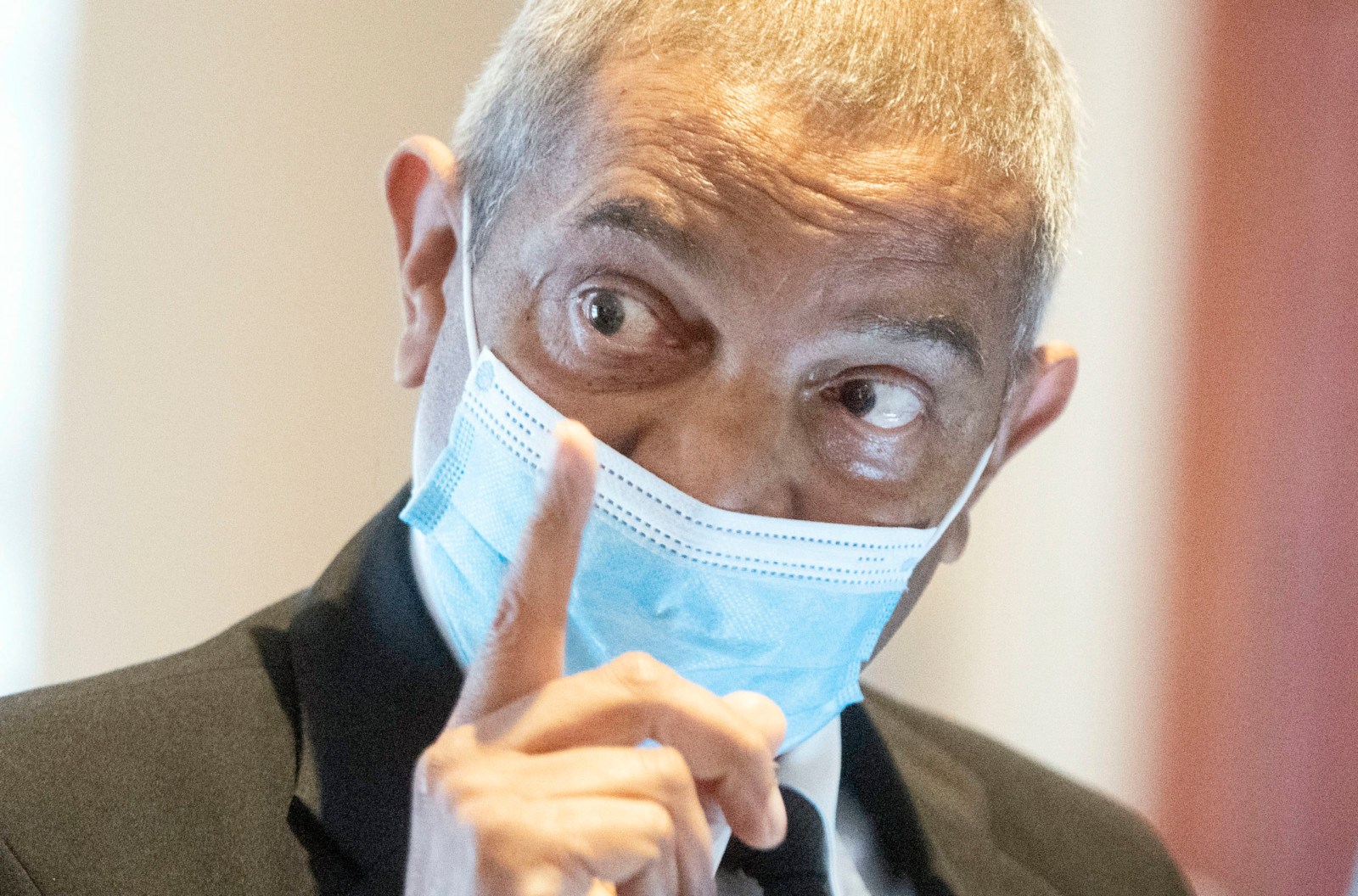 At the end of May 2021, Major-General Jeremy Vearey was controversially dismissed from the police. He challenged his firing and now, while waiting to hear whether the decision will be upheld or reversed, his former job is being advertised.

Former Western Cape detective head Jeremy Vearey is yet to hear whether his challenge against his dismissal for misconduct has been successful — but the police have advertised the post he was kicked out of.

This suggests that the SA Police Service could be preparing to have someone else fill the position despite Vearey’s possible reinstatement.

On Tuesday, national police spokesperson Brigadier Vish Naidoo confirmed to Daily Maverick: “The post of Deputy Provincial Commissioner, Detectives, has indeed been advertised as it is currently vacant.”

Advertising this top position highlights yet again the divisions that exist in the police service.

At the end of May this year, national Police Commissioner Khehla Sitole signed off on Vearey’s dismissal over a series of Facebook posts that a disciplinary inquiry said denigrated Sitole and brought the police into disrepute.

According to some police bosses, Vearey’s most controversial Facebook post included the words “moer hulle”, which the site translated as “fuck them”. The post was written in support of his long-time ally, former Crime Intelligence head Peter Jacobs.

Vearey later explained that he had not posted the words “fuck them”, but had written “moer hulle” in what he described as his dialect, Afrikaaps. He said he had meant the words as encouragement. He challenged his dismissal through the Safety and Security Sectoral Bargaining Council.

A hearing into his firing was held in August this year and the part of proceedings involving witness testimony wrapped up in September. The Bargaining Council is expected to have a decision towards the end of November.

Daily Maverick has seen a police document advertising vacant posts in senior management service, dated 29 October 2021. Included is the position of “Deputy Provincial Commissioner: Crime Detection: Western Cape”. This was Vearey’s position. The closing date for applications is 15 November, which is around the time a decision 0n his dismissal is expected.

The police service is going through a rather fraught time.

Daily Maverick recently reported that the July death of Deputy National Police Commissioner of Crime Detection, Sindile Mfazi, is under investigation. Police initially said Mfazi died due to Covid-19 complications, but later suspicions surfaced that he might have been poisoned. Police subsequently confirmed the cause of his death was being investigated.

On top of this, national police commissioner Khehla Sitole faces an uncertain future after being served with a notice of suspension by President Cyril Ramaphosa. In October he filed papers with the president giving reasons why he should not be suspended.

The suspension relates to Crime Intelligence’s allegedly unlawful procurement of a surveillance device known as a grabber for the heavily inflated price of R45-million (the regular price was R7-million) before the ANC’s elective conference at Nasrec in 2017.

It was reported that Police Minister Bheki Cele had instructed Sitole to stop the restructuring process.

Vuma was also implicated in the grabber saga. In Vearey’s case, a written decision saying that he should be fired listed Vuma as one of two police officers who felt “intimidated, threatened and unsafe” as a result of Vearey’s Facebook posts.

After Vearey was fired, a security detail assigned to him was removed. He fought this in the Western Cape High Court, claiming his life was in danger due to investigations he had conducted. Vearey said in court documents that he was being targeted along with Major-General Andre Lincoln, the Anti-Gang Unit head who retired at the end of October, and Lieutenant-General Peter Jacobs, who was controversially transferred earlier this year from Crime Intelligence to the police’s Inspectorate.

“There is an orchestrated stratagem to get rid of Jacobs, Lincoln and I,” Vearey said.

“We exposed corruption in the police and we diligently committed ourselves to the eradication of gang activities and police corruption.” DM