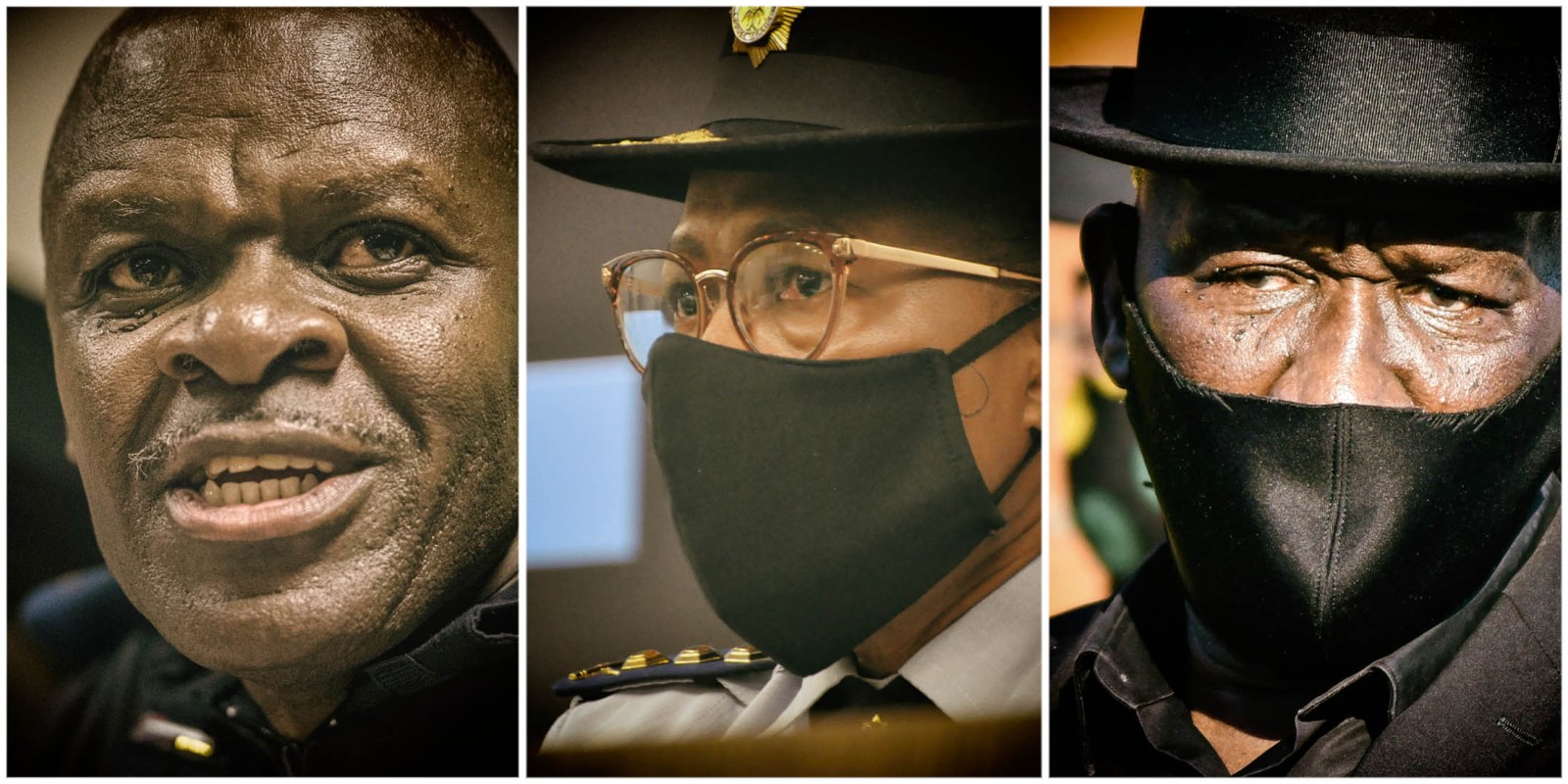 Days before a notice of intention to suspend was dispatched to National Commissioner Khehla Sitole by President Cyril Ramaphosa, his co-accused in the “Nasrec Grabber” procurement scandal, Lieutenant-General Francinah Vuma, sent out a circular declaring top SAPS posts as “vacant”. It is understood that Minister of Police Bheki Cele is seeking to challenge Vuma’s restructuring plans.

Vuma’s 28 September circular indicates that chief SAPS auditor, Major-General DT Nkosi, who found that the SAPS blew R1.6-billion in irregular expenditure from March to August 2020, has been moved by Vuma to the lesser position as head of “auxiliary services and security”.

Vuma has replaced Nkosi with Major-General CM Matlou, Chief Risk Officer, a position he was promoted to only 18 months ago.

Vuma, Deputy National Commissioner Asset and Legal Management, sent the circular to all divisional, provincial and deputy national commissioners, all heads of head office, the secretaries-general of the unions Popcru and Sapu as well as the chief of staff in the Ministry of Police.

Vuma refers to an 11 January 2021 circular about the now-vacant posts.

It is understood that Minister of Police Bheki Cele is seeking to challenge Vuma’s restructuring plans and has instructed Sitole to stop them.

Restructuring of SAPS by Daily Maverick on Scribd

Meanwhile, Vuma, who along with Sitole was found guilty of breaching her duty in the R45-million “Nasrec Grabber” scandal, is expected back at work this week.

Both senior officers were found to have protected the interests of the governing party, the ANC, and not the citizens of South Africa in their failure to hand over documents to the police watchdog Ipid, which was investigating the attempted R45-million grabber procurement. This was in December 2017, prior to the ANC’s elective conference.

While Ramaphosa has announced the intention to hold an inquiry into Sitole’s fitness to hold office, only Sitole can act with regard to Vuma’s continued presence in the SAPS top leadership in spite of the scathing court judgment.

With regard to the gargantuan PPE spree in the SAPS, the National Commissioner’s spokesperson, Brigadier Vish Naidoo, told 702’s Mandy Wiener that the Special Investigating Unit (SIU), the Auditor-General and the Fusion Centre had not found anyone guilty and had dealt with the matter.

This was in response to Daily Maverick’s publication of the draft report. The SIU, on the other hand, has claimed to be unaware of any investigations that had been completed.

In the draft audit, Nkosi wrote: “Thirty four (34) orders to the value of R1,620,964,361.20 were issued on the basis of a verbal authorisation, and without obtaining sufficient number of quotations.”

Maverick Citizen has since exposed that a company called Red Roses Africa had been awarded a wasteful and possibly corrupt deal with the SAPS for the provision of disinfectant for the SAPS at the hugely inflated price of R515-million.

The Competition Commission and the SIU are now investigating the extreme price gouging.

In Vuma’s circular, she wrote: “All posts, excluding those of the National and Provincial Commissioners, in the approved organisational structure, are regarded as vacant.”

The purpose of the directive, she said, was to deal with the “job-person matching of senior managers in key positions”.

Provincial commissioners, ordered Vuma, were to establish a “provincial panel” to consider the placement of provincial heads and district commissioners “in terms of the approved structure through a job-person matching process”.

The provincial panel had to include the “appointed Deputy Provincial Commissioners and representatives from organised labour”.

The panel would then consider recommendations with regard to the placement of provincial heads and district commissioners and present a final recommendation to the “National Panel for approval by the National Commissioner”.

According to Vuma’s timeline in the memo, the National Commissioner is due to approve recommendations on Wednesday, 13 October, with new posts to be taken up by 1 November.

Meanwhile, Naidoo has confirmed that Vuma is expected back at work this week after having taken “long leave”. He also confirmed that she was still firmly in the saddle. DM