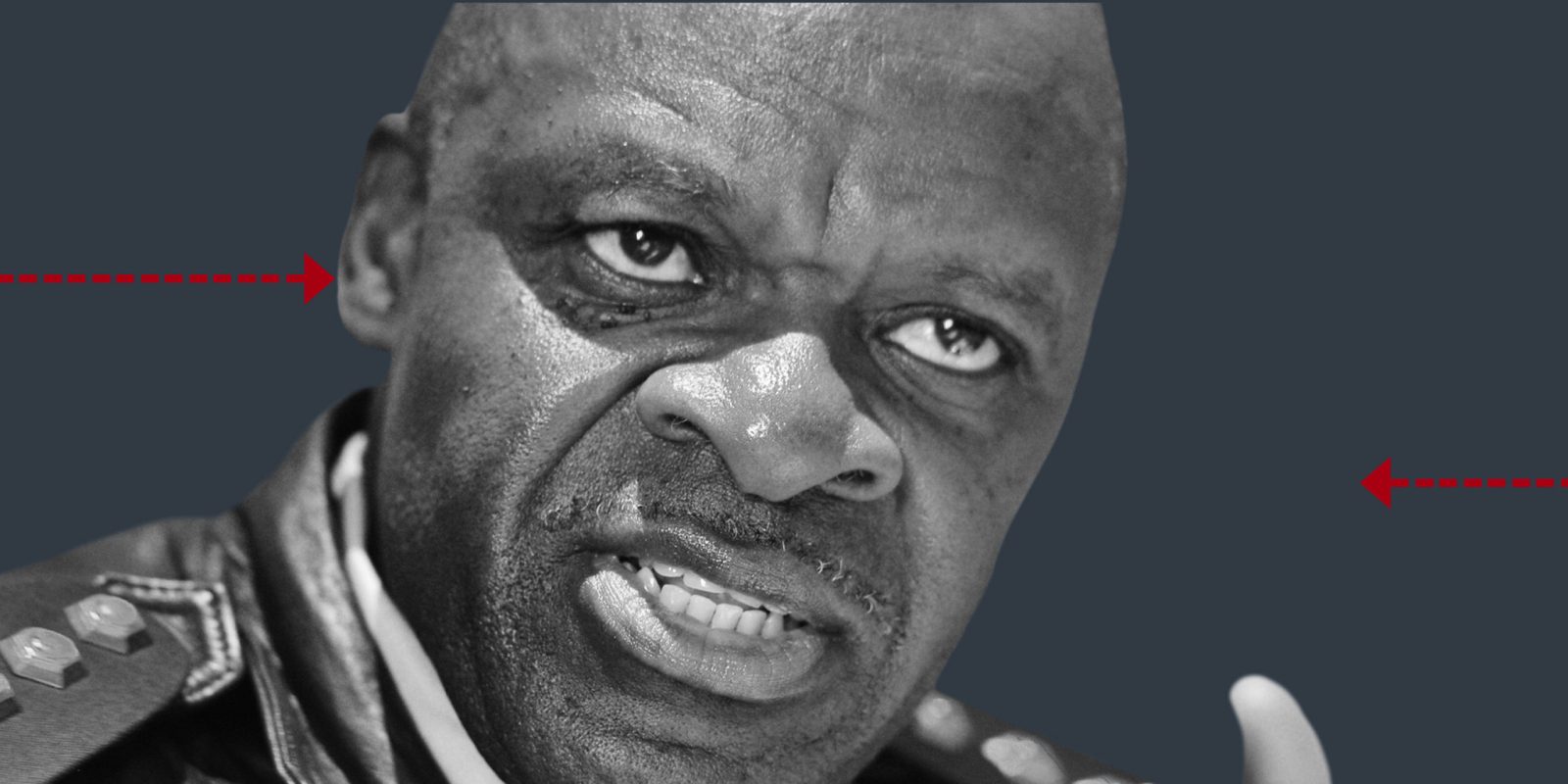 A week before South Africa was engulfed in flames, the Supreme Court of Appeal in Bloemfontein dismissed SAPS National Commissioner Khehla Sitole’s appeal against a high court judgment that he and two other members of top police management had breached their duties.

It was a judgment not made public on 30 June when it was handed down, resulting in the SAPS, at the height of the violence that tore across KZN and Gauteng, being led by a man who has been found to be politically deeply compromised.

The lack of preparedness of the country’s security cluster after the arrest of Jacob Zuma has left more than 300 dead and an economy deeply damaged by days of organised looting, murder and mayhem.

A scathing judgment, handed down on 13 January 2021 by Judge Norman Davis in the Gauteng High Court, found that Sitole and his two deputies, Francinah Vuma and Lebeoana Tsumani, had placed the interests of the governing party, the ANC, ahead of those of the country.

The national commissioner will have a hard time convincing anyone now that he is fit to lead SAPS for the benefit of all South Africans. Sitole was appointed by Zuma in 2017, a month before the Nasrec conference.

For three years Sitole, Vuma and Tsumani refused to hand over documentation relating to grabber procurement to the Independent Police Investigative Directorate (Ipid).

“Rather than comply with their statutory duties as police officers willing to contribute to the investigation of crimes, they sought legal assistance and on this basis thwarted Ipid’s investigation,” Davis later said, dismissing a 3 February attempt by the trio to appeal against the original judgment.

On 30 June 2021 the Supreme Court of Appeal, before Justices Malcolm Wallis and Nolwazi Mabindla-Boqwana, finally put the matter to rest.

“The application for leave to appeal is dismissed with costs on the grounds that there is no reasonable prospect of success in an appeal and there is no other compelling reason why an appeal should be heard.”

The argument by all three top cops to the court that there had been an unspecified threat to national security had nothing to do, said Davis, with the manner in which the grabber was procured irregularly at a highly inflated price.

The documents Ipid sought for more than three years related to the attempted unlawful procurement by Crime Intelligence (CI) in December 2017, a few days before the ANC’s elective conference, of the grabber from I-View, a company that was in business rescue at the time. CI procured other materials from I-View in two other matters amounting to a collective estimated R100-million.

The then acting head of CI, General Bhoyi Ngcobo, who had recently been appointed to the position by then-president Jacob Zuma, has also been implicated with Sitole, Vuma, Tsumane and Bo Mbindwane, “special adviser” to then minister of police Fikile Mbalula, in pushing for the procurement.

Judge Davis ruled this argument was “untenable and ignores the duties imposed by law” on those implicated.

Davis said Ipid had resorted to the magistrates’ court “in frustration”  and as a result of the fact that Sitole, Vuma and Tsumane “were already failing their duties”.

“Absolutely no attempt”, said Davis, had been demonstrated by any of the applicants to comply with the Ipid Act, adding that the “classification issue was clearly used as a shield or a smokescreen to hide behind from any enquiry”.

Writing to Sitole on 12 February 2021, Minister of Police Bheki Cele noted that in light of the Pretoria High Court’s 13 January judgment, communication had been received “from the Presidency”.

“In respect of the recent High Court judgment in the matter between Vuma and others v Ipid, I have been requested by the Honourable President to respond to certain issues in respect of the judgment,” wrote Cele.

Cele said he had not, “to date” been briefed by the SAPS management on the outcome and the implications of the judgment for the SAPS.

Due to the “urgency and seriousness” of the matter, Cele told Sitole, “I herewith direct that you provide me with a full report on all I-View matters and the implications to the SAPS, including your own involvement and all other senior officers who were cited in the High Court judgment.”

Cele also called for an inquiry into Sitole’s fitness to hold office. This resulted in Sitole writing Ramaphosa pleading with him to hold off and that we would like to “explain” his “side of the story”.

With this decision by the SCA, Sitole and his deputies have run out of road. DM