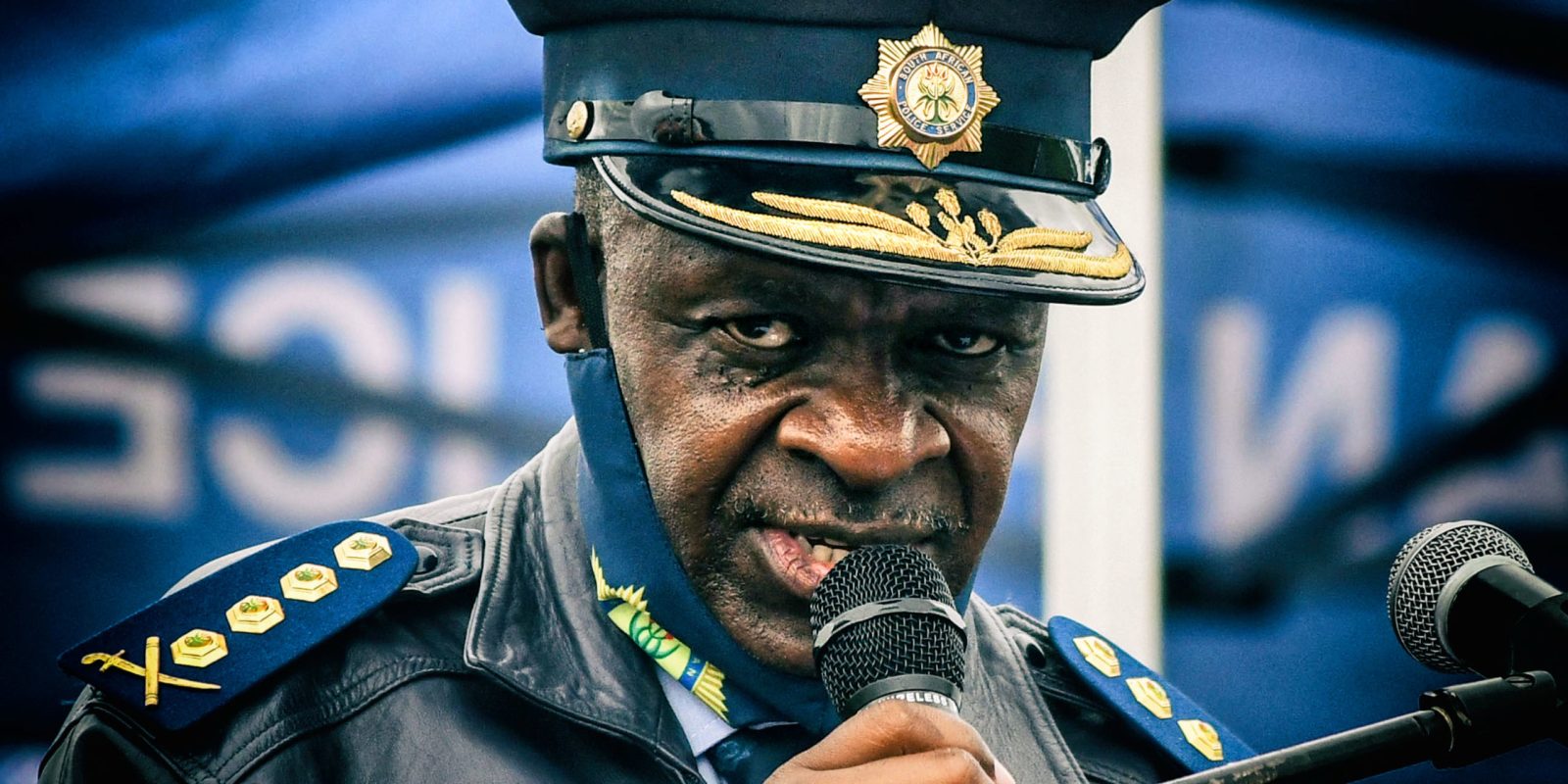 It has been a busy and bruising week for SAPS National Commissioner Khehla Sitole in South Africa’s courts.

Then, Sitole and other top SAPS officials lost their bid to appeal a 13 January High Court ruling by Judge Norman Davis ordering the declassification of documents in the R45-million “Nasrec grabber” saga.

“Rather than comply with their statutory duties as police officers willing to contribute to the investigation of crimes, they sought legal assistance and on this basis thwarted Ipid’s [Independent Police Investigative Directorate] investigation,” Davis said in dismissing the appeal.

In January Norman found that Sitole, Vuma and Tsumane had placed the interests of the governing party, the ANC, above those of the country. He also found that the officials had breached their duties as law enforcement officers.

The argument by top SAPS brass that there was an unspecified threat to national security had nothing to do, added Davis, with the manner in which the grabber (a cellphone surveillance device) was procured irregularly at a highly inflated price.

Sitole was then ordered to “immediately take all necessary steps to have the documents declassified “for the purpose of Ipid’s investigation and any consequent prosecutions”.

The documents IPID is seeking relate to the attempted unlawful procurement by Crime Intelligence (CI) in December 2017, a few days before the ANC’s elective conference, of the grabber from I-View, a company that was in business rescue at the time. CI procured other materials from I-View in two other matters amounting to a collective estimated R100-million.

The then acting head of CI, General Bhoyi Ngcobo, who had recently been appointed to the position by then-president Jacob Zuma, has been implicated along with Sitole, Vuma, Tsumane and Mbindwane in pushing for the procurement.

Court and other documents relating to Jacobs’ suspension have subsequently revealed that Sitole tasked Vuma with investigating the Crime Intelligence head for suspected personal protective equipment (PPE) fraud from the secret service account.

Sitole vs Jacobs: what lies behind the top-level rupture at the SAPS?

Jacobs’ suspension was lifted on 3 March, albeit with a demotion to the crime intelligence tundra known as the Inspectorate Division.

Vuma herself has been implicated in a R200-million SAPS PPE procurement spree which is under investigation by the Directorate for Priority Crime Investigation and the Special Investigating Unit (SIU).

In February, after the Davis judgment, President Cyril Ramaphosa instructed Police Minister Bheki Cele to request Sitole to forward the declassified documents to the president’s office.

Writing to Sitole, Cele noted that in light of the scathing judgment, communication had been received “from the Presidency” for the documents to be dispatched tout suite.

Judge Davis found the SAPS officials had breached their duties under sections of the Ipid Act by failing to provide the requested documents to the police watchdog.

Vuma, Tsumane and Sitole argued that they had not breached their duties, as subpoenas that had been issued by a magistrate for them to be interviewed by Ipid were done so unlawfully and therefore “there was no duty” for the SAPS officials to hand over the required information.

Judge Davis would have none of it, saying the argument was “untenable and ignores the duties imposed by law” on those implicated.

Duties of “transparency and active assistance were in existence at all relevant times, that is, long before the subpoenas” and those duties were not dependent on the subpoenas.

In fact, said Davis, Ipid had resorted to the magistrates’ court “in frustration”  and a result of the fact that Sitole, Vuma and Tsumane “were already failing their duties”.

Sitole, Vuma and Tsumane’s position is that they had indeed responded to Ipid’s initial letter of requests for interviews and that this indicated that they were not in breach of their duties.

“This argument exacerbates the applicants’ position: at best it showed that they sent a simple response, indicating that some of the dockets had been seized by the SIU,” said Davis.

No further particulars were given.

“They did not produce copies of documents. They did not furnish Ipid with any information, clearly within their knowledge, of any aspect of the matters under investigation,” he said.

Vuma, Tsumane and Sitole had also argued that they had no legal authority to furnish information that was classified and therefore were not in breach of their duties.

“This argument does not assist the Third Applicant [Sitole]. He is vested with the authority to declassify the documents in question. The Office of the Inspector General of Intelligence had also found there was no reason for the classification of the documents.”

Sitole’s refusal to declassify the documents “amounts to a breach of his statutory obligations”, said Davis.

Tsumane, after having sent a “single letter” replying to Ipid that he had requested documents, made no follow-up or any effort “to have the documents indeed declassified. This amounts to a further breach of duty.”

Ipid, said Davis, in their “lucid and structured heads of argument” had dismantled the grounds on which the SAPS officials had relied in their application for leave to appeal.

“Absolutely no attempt has been demonstrated by any of the said applicants,” to comply with the Ipid Act, said Davis.

He added that the “classification-issue was clearly used as a shield or a smokescreen to hide behind from any enquiry”.

The application was dismissed with costs. DM