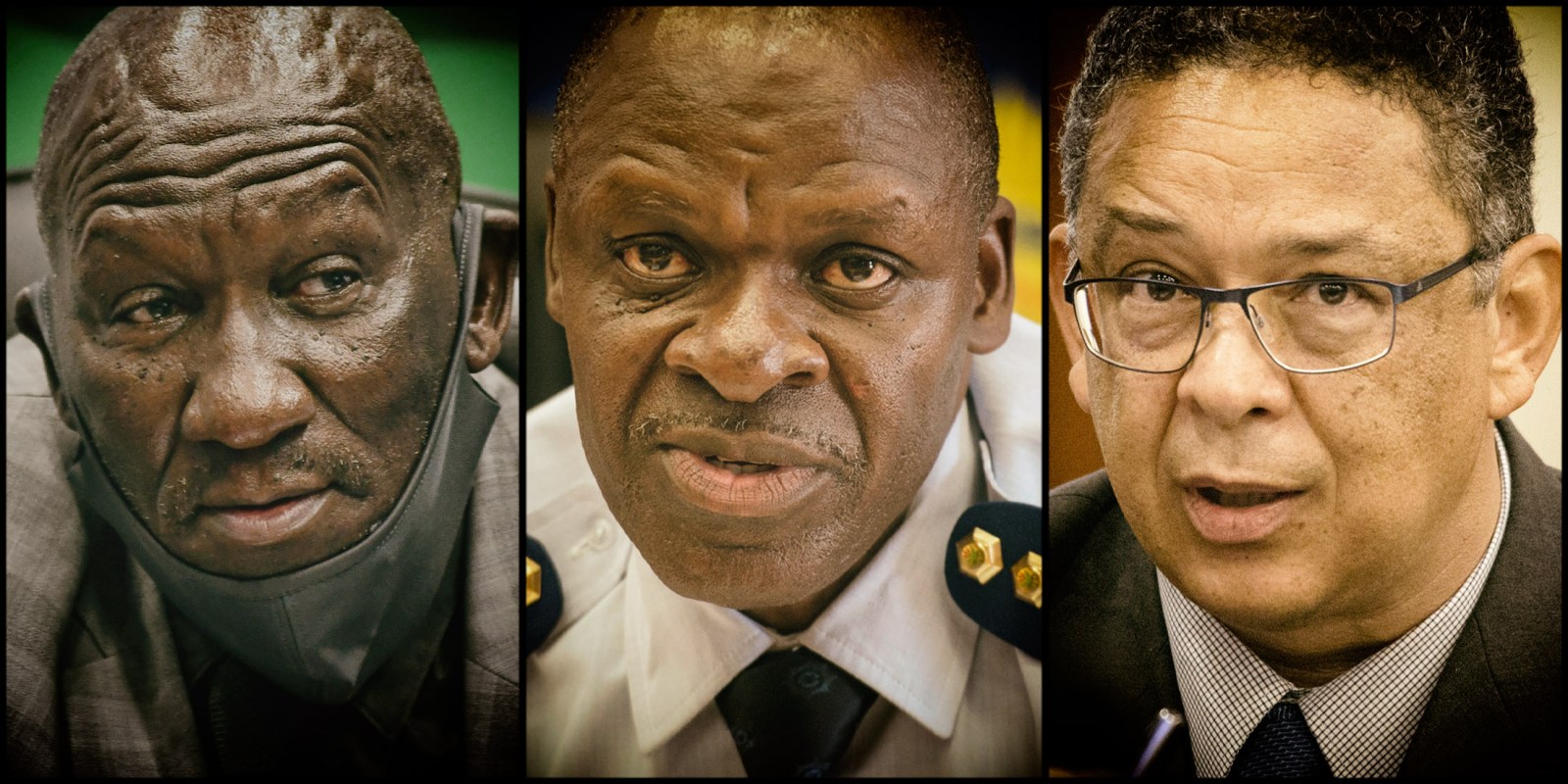 President Cyril Ramaphosa has stepped in to retrieve from National Commissioner of Police Khehla Sitole recently declassified documents relating to an alleged attempt to defraud the SAPS Crime Intelligence secret fund of R45-million prior to the ANC’s elective conference at Nasrec in December 2017.

Writing to Sitole on 12 February 2021, Minister of Police Bheki Cele noted that in light of a scathing judgment by the Pretoria High Court on 13 January 2021, communication had been received “from the Presidency” with regard to the matter.

“In respect of the recent High Court judgment in the matter between Vuma [Lieutenant-General Francinah Vuma] and others v IPID [the Independent Police Investigative Directorate], I have been requested by the Honourable President to respond to certain issues in respect of the judgment,” wrote Cele.

Cele said he had not, “to date” been briefed by the SAPS management on the outcome and the implications of the judgment for the SAPS.

Due to the “urgency and seriousness” of the matter, Cele told Sitole, “I herewith direct that you provide me with a full report on all I-View matters and the implications to the SAPS, including your own involvement and all other senior officers who were cited in the High Court judgment.”

On 13 January 2021, the Pretoria High Court handed down a scathing judgment putting an end to a three-year pushback by the SAPS against legitimate attempts by IPID (then headed by Robert McBride) to obtain documents relating to the attempted procurement.

SAPS consistently refused to declassify documents related to what has been termed the “grabber” procurement as well as two other dodgy deals by SAPS Crime Intelligence, headed then by Zuma-appointee Brigadier Bhoyi Ngcobo.

All those at the clandestine meeting at a Pretoria hotel on 13 December 2017 refused to account for their presence and have all consistently maintained the matter related to the “national security” of South Africa.

The meeting was caught on the hotel’s CCTV cameras when IPID and McBride received a tip-off. After McBride contacted Sitole, the payment to I-View, a company whose director is Inbanathan Kistiah and which was in business rescue at the time, was blocked.

Also at the meeting was Bo Mbindwane, the then minister of police Fikile Mbalula’s adviser.

In Vuma’s submission to the high court, she revealed that the instruction to investigate an alleged “possible national security threat” had come from Zuma, then still president of the ANC and the country, after he had been briefed by “the minister from the security cluster”.

“During December 2017, there was information received about a possible national security threat, which threat was associated with the ANC National Conference that was to be held in Johannesburg.

“The Minister from the Security Cluster then briefed the Presidency about the threat. Then the Third Applicant, the National Commissioner of Police tasked me and the Second Applicant [Tsumane] to deal with the threat further.

“One service provider who would be able to deal with such a threat of that magnitude was identified by stakeholders in this field of intelligence gathering.

“Then on 13 December 2017, a meeting was convinced to deal with amongst others, the threat and the procurement of the necessary equipments [sic] and services to deal with the threat.”

The nature of the threat to national security has never been revealed.

Now Ramaphosa has called for the Vuma/Sitole matter to be shuffled up the hierarchy.

It comes on the day Deputy Chief Justice Raymond Zondo asked the Constitutional Court to find Zuma guilty of contempt of court and to sentence him to imprisonment after Zuma’s refusal to appear before the commission.

Cele has been placed in an interesting sandwich as it was he who, relying on a letter from a discredited IPID investigator turned CI informer, Cedrick Nkabinde, convinced ANC members of the Police Portfolio Committee not to extend McBride’s contract as head of IPID.

McBride had pushed hard on the investigation and it was in fact a tip-off received by IPID which led to the deal being hastily shelved.

Back in 2019 Daily Maverick wrote of the scathing attack on McBride by ANC committee member Leonard Ramatlakane, who claimed that McBride’s allegation was “a red herring” and “devoid of truth”.

“I don’t know about this grabber. It is absurd. How can the grabber work at the ANC conference? We don’t need a grabber for voting at an ANC conference,” said Ramatlakane before all ANC committee members opted to boot out McBride.

The curious, agonising, perplexing case of the ANC vs Robert McBride

In fact, the manner in which the committee turned on McBride was astonishing enough for it to be noted.

It was Cele, back then, who had also insisted that the attempted purchase of the grabber was indeed a matter of “national security” and not procurement. It is a view the Pretoria High Court has now thoroughly debunked in law.

So, here Cele is writing now in 2021 to Sitole on instruction from Ramaphosa.

“All legal costs that have been spent so far for this matter must be provided as well as a copy of the approval document authorising the legal expenditure in the litigation,” Cele wrote.

The report, Cele told Sitole, “must be submitted within a period of 24 hours from the date of this letter”.