McBride a moving target as Mkhwebane zones in on two fronts 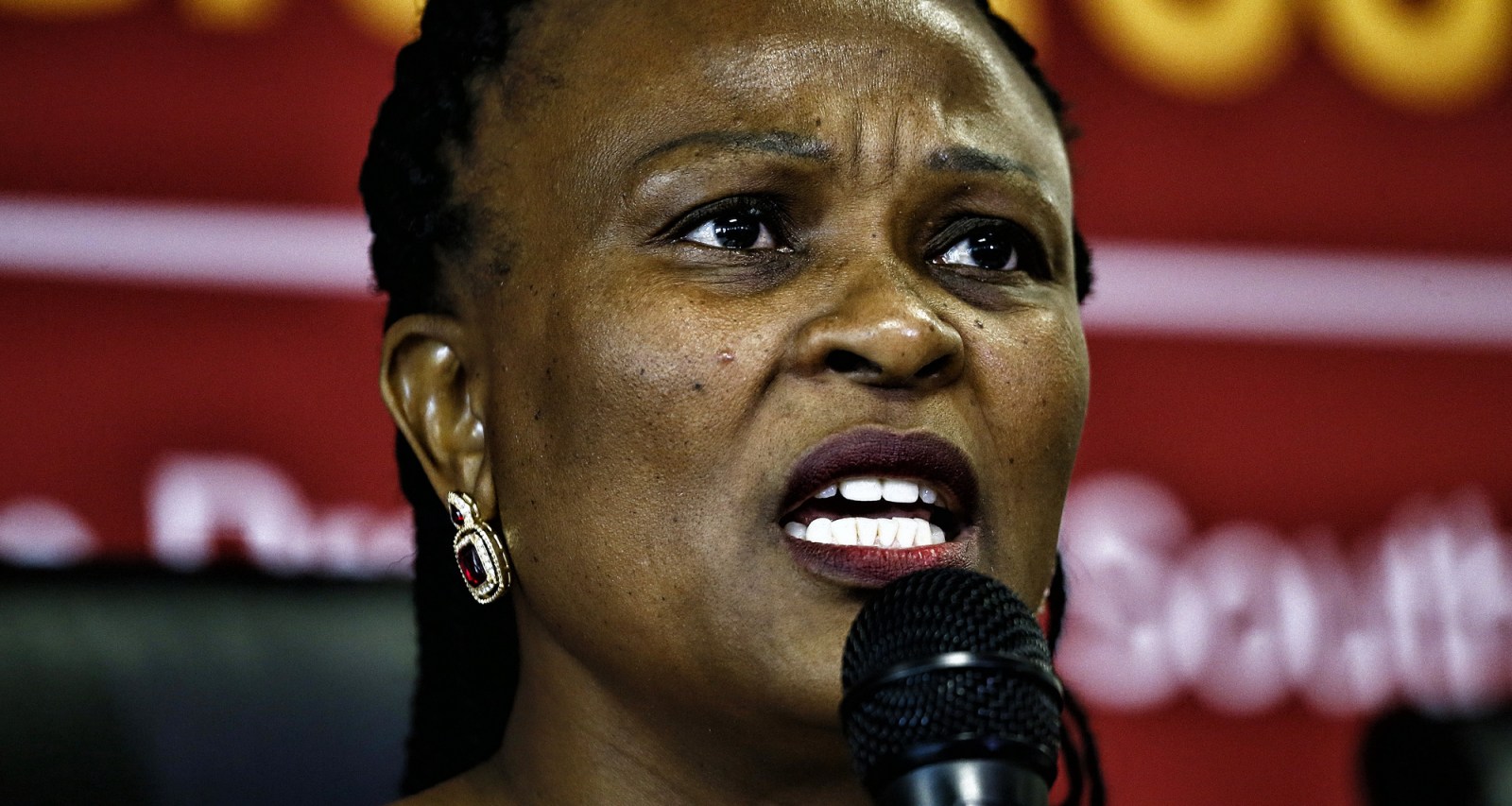 Public Protector Busisiwe Mkhwebane has turned her sights on former IPID head Robert McBride, opting to forge ahead with two complaints lodged by a former employee. A volley of letters that have shot between IPID and the Public Protector’s office highlight alarming peculiarities.

It was former IPID investigator, Cedrick Nkabinde, who originally wrote to the Public Protector as well as Minister of Police, Bheki Cele, alleging impropriety and maladministration on the part of IPID head, Robert McBride.

First, a bit of context.

Nkabinde, before he was suspended from IPID in May 2018, was the principal investigator in a case against the amazingly elusive criminal fugitive and Crime Intelligence operative, Captain Morris “KGB” Tshabalala.

Tshabalala, who was arrested in January 2018 for allegedly defrauding CI of a more than R50 million budget allocated to him during the ANC’s 2012 elective conference in Mangaung, led a charmed life as a convicted criminal for several years, apparently right under the noses of the cops and ANC big wigs.

IPID investigator, Matthews Sesoko, in an affidavit to the court in the current Nkabinde matter, said that Tshabalala had been “appointed as the head of an operation named Rapid Deployment Intelligence. The operation was established to conduct intelligence work for Mangaung 53rd ANC conference which took place in December 2012”.

The delegates at Mangaung re-elected Jacob Zuma and his supporters to top leadership positions in the party. Zuma’s low-key opponent at the time was Kgalema Motlanthe.

Tshabalala first blipped onto the radar in 1994 when he walked out of prison, after serving only two weeks of a 10-year sentence for armed robbery.

The convicted criminal had appealed his sentence, and by 1998, when the court upheld the jail term, Tshabalala was gone. But in 2002, despite his criminal record, Tshabalala joined SAPS and at some later point was recruited to CI.

A year after Mangaung, in 2013, KGB and five others were arrested for a R3-million cash-in-transit heist in Sasolburg. Tshabalala was also later implicated in a 2017 R200-million foreign currency heist at OR Tambo International. In that instance, men driving a stolen police van pulled off the job.

A month after his suspension and six months after Tshabalala’s arrest, Nkabinde contacted Tshabalala’s lawyer Mpesi Makhanya and offered to testify on Tshabalala’s behalf at his bail hearing.

Nkabinde, Makhanya told the court, was willing to state under oath that the IPID case against Tshabalala was “politically motivated”. In the end, Nkabinde never pitched to bat for KGB.

In the meantime, IPID also alleged that evidence had been uncovered that Nkabinde had been approached by Crime Intelligence and had been offered a job with the rank of Brigadier in exchange for dirt on McBride.

And it is here that Nkabinde’s complaint to the Public Protector comes into play.

On 19 September 2018, before he could face a disciplinary, Nkabinde resigned from IPID.

He signed an agreement with his former employer, undertaking, as part of the settlement, that he would withdraw all complaints or statements to the Public Protector, the Minister of Police and Parliament.

On 14 November 2018, McBride wrote to Mkhwebane in response to four previous letters, noting that “despite our letter to you dated 1 October 2018 regarding the resignation, withdrawal of complaints and statements of erstwhile complainant, Mr Nkabinde, your office is still continuing with the investigation”.

While this was her prerogative, said McBride, IPID had also noted that the PP’s office had expanded the scope of the investigation.

The former IPID head also wrote that it appeared that Mkhwebane was in possession of IPID documents “that were not requested by you – and neither were they provided by IPID. This creates a problem; are you in legal possession?”

McBride then noted a peculiarity that Vusi Dlamini, Deputy Director in the Gauteng office of the Public Protector, and who had questioned IPID members with regard to maladministration, appeared to be a close friend of Nkabinde’s.

“From our phone records obtained from the criminal investigation into Nkabinde’s conduct, it is clear that communication between Nkabinde and Dlamini occurs before the complaint it laid by Nkabinde and afterwards.”

Another witness, a certain Ms Gibson, McBride told Mkhwebane, had claimed that Dlamini had visited Nkabinde and her at the Akanani Apartments in Pretoria “the weekend before the complaint was laid with your office”.

This relationship, said McBride, should have been declared to IPID employees by Dlamini and he should have recused himself from the investigation.

McBride set out to Mkhwebane that “the feedback I got from those interviewed is that the questioning by Mr Dlamini was not only aggressive, but at times rude as compared to you and the other member of the interviewing panel”.

McBride then requested Mkhwebane to turn over recordings of the interviews with IPID staff to him, but this was turned down in a letter from the PP dated 21 January.

Part of the complaint by Nkabinde also related to the appointment by McBride of Theresa Botha as Deputy Director, National Specialised Investigation Team.

In February 2019, Minister of Police, Bheki Cele, relying on Nkabinde’s letter to him with regard to Botha’s appointment, made a submission to Parliament’s Portfolio Committee on Police which was debating the renewal of McBride’s contract.

Cele, while he has no legal mandate to decide on the matter, had written to McBride earlier informing him that his contract would not be renewed. McBride challenged Cele, saying it was Parliament that provided oversight of IPID. Over and above this it was the portfolio committee which made appointments.

But no matter, Cele informed the committee that McBride was not “fit” for purpose and that his contract should not be renewed. In the end, ANC portfolio committee members turned en masse against McBride, backing Cele.

With grave accusations that Tshabalala was a courier for over R50-million in CI cash to the ANC’s Mangaung conference and a later further accusation, also after an investigation by IPID, that CI had attempted to procure a grabber at an inflated price of R45-million prior to the ANC’s Nasrec Conference in 2017, this is a matter of great public interest.

Considering the explosive findings of the recent High-Level Panel report on State Security which highlighted that the SSA’s Special Operations during the Zuma years had “largely become a parallel intelligence structure serving a faction of the ruling party and, in particular, the personal political interests of the sitting president of the party and country. This is in direct breach of the Constitution, the White Paper, the relevant legislation and plain good government intelligence functioning”.

The review panel recommended an overhaul of the oversight and control mechanisms that were supposed to have kept the country’s spies in check, which is one of IPID’s mandates.

McBride has co-operated with Mkhwebane and her investigators. The Public Protector is expected to release the findings of her office’s investigations into Nkabinde’s complaint (later withdrawn) on 28 March. DM