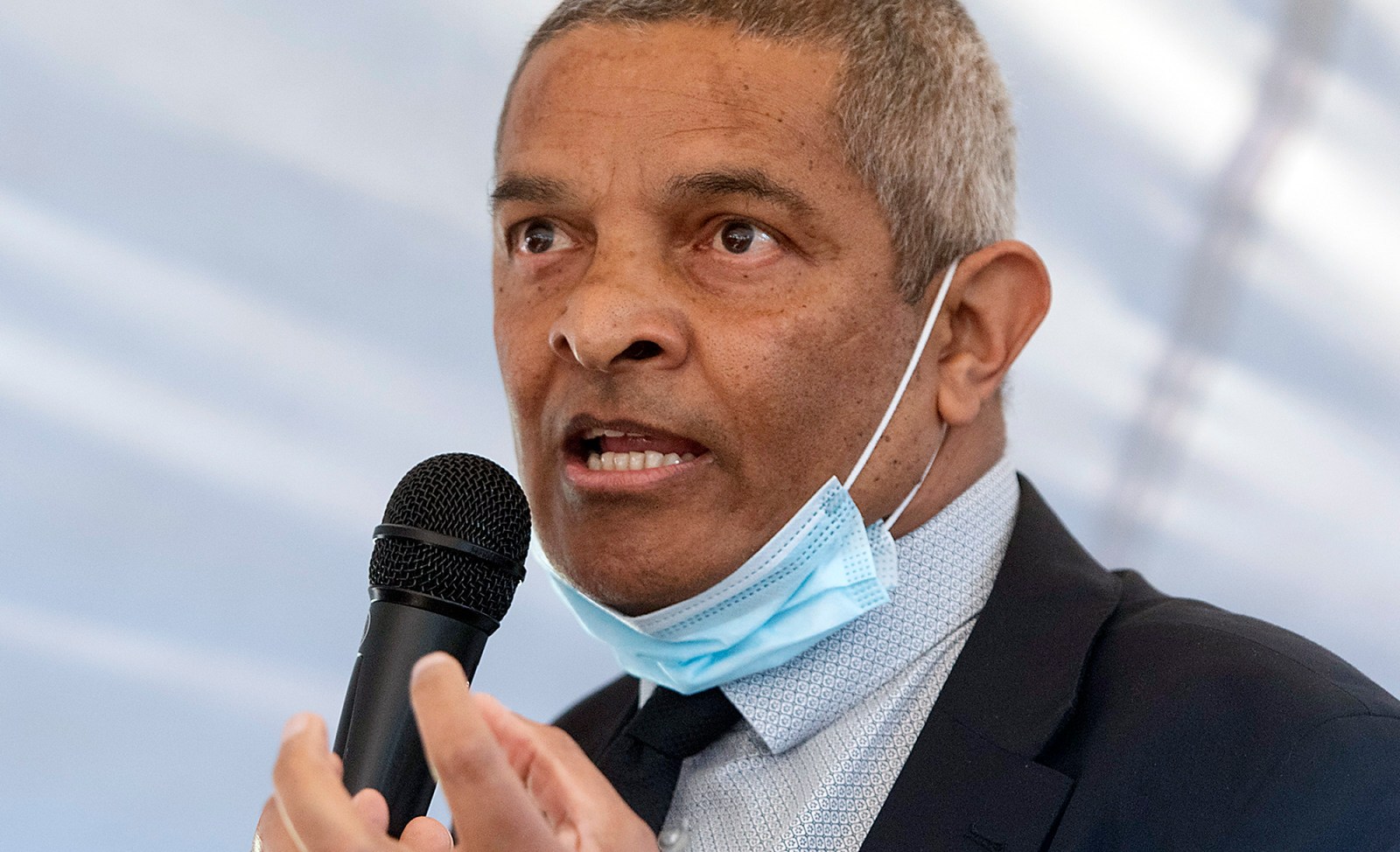 In a plush hotel conference room in the heart of Cape Town, a group of legal heavyweights and some of SA’s senior police officers got down to serious business this week to dissect not a crime but a word.

A single-syllable four-letter word stood out during a hearing into the dismissal of Western Cape detective head Jeremy Vearey: “Moer.”

The word rolled off some tongues, appeared to have a sour taste on others, sparked frowns on certain faces, and was the centre of debate as it was repeated in different tones.

It became clear that, much as the South African Police Service (SAPS) has fractures among its leaders, so too does it have divisions in terms of what “moer” means.

National Police Commissioner Khehla Sitole signed off on Vearey’s dismissal in May 2021. Vearey has a deep-rooted history in the ANC and a 26-year career in the police that has involved tackling gangsters and investigating fellow cops. Vearey believes police bosses are targeting him because of such investigations. He is challenging his dismissal.

This was the focus of a Safety and Security Sectoral Bargaining Council hearing. Police officers were witnesses, and in their testimony the various meanings of “moer” surfaced.

Vearey was effectively fired because of eight Facebook posts he made between December 2020 and February 2o21. On 25 February 2021 Vearey posted “MOER HULLE!” along with a link to a News24 article about his colleague Peter Jacobs, the head of the police inspectorate.

An online function on Facebook translated “moer hulle” as “fuck them”. Some police officers may have thought Vearey had also posted the translation.

Jacobs headed Crime Intelligence until he was suspended over what he believes were baseless allegations, and in March this year was transferred. He went to the Labour Court – the focus of the News24 article.

During the week’s proceedings, Vearey said the intention of the “moer hulle” post was to encourage Jacobs in his legal pushback. He denied he intended to incite violence. Vearey explained that his posts included rhetorical questions, literary devices, a quote from a novel, and metaphorical references, not necessarily meant literally.

An author of two books, Vearey explained that before entering the police service he had been a teacher of English and Afrikaans at a high school in Elsies River in Cape Town. He is an avid reader. He explained the difference between his dialect, Afrikaaps, and Afrikaans.

“Afrikaaps [is the] variant we speak on the Cape Flats … Afrikaans is the scholastic language I learned in school. I did not grow up speaking Afrikaans. ‘Moer hulle’ … when you come into the Cape Flats means ‘Go for them.’ In sporting at school it would mean encouragement, ‘Go for it’.” But former colleagues felt he had been disrespectful, even inciting violence.

Major-General JP Scheepers, tasked with investigating Vearey in relation to his Facebook posts, told the hearing he believed Vearey’s word use, in his (Scheepers’s) interpretation of the context, bordered on treasonous. Scheepers said that, as a hunter,  if he saw an animal positioned at the correct angle to strike it, he would say “Moer hulle”.

He conceded that “‘moer’ can mean your mother, it can mean a potato, it can mean a lot of things”, but that “in the hunting environment it means to kill”. This, he said, “shows the aggression”.

Another of Vearey’s posts said: “AN ACUTE CASE OF FOOT-IN-MOUTH DISEASE?” with a link to a DM168 article about the police investigating Jacobs being themselves the focus of an investigation.

Scheepers seemed to have thought Vearey was referring to foot-and-mouth disease, whereas Vearey was using the expression meaning to say something inappropriate or embarrassing.

Eastern Cape Police Commissioner Lieutenant-General Liziwe Ntshinga, who led a disciplinary probe into Vearey’s conduct, based on Scheepers’ investigation, testified that she understood “moer hulle” to show Vearey was encouraging Jacobs to go and hit “them” (presumably police bosses) in court.

Ntshinga conceded there were many “different meanings” of “moer”, but remained firm in the belief that Vearey used the words in a manner that was disrespectful to police.

During the hearing Vearey’s legal representative, Johann Nortje, referred to former police minister Fikile Mbalula having used the words “moer hulle” in a statement to encourage the Springbok rugby team ahead of a match.

The ruckus over “moer hulle”, in a country that desperately needs clean crimefighting, is enough to leave one the moer in. DM168