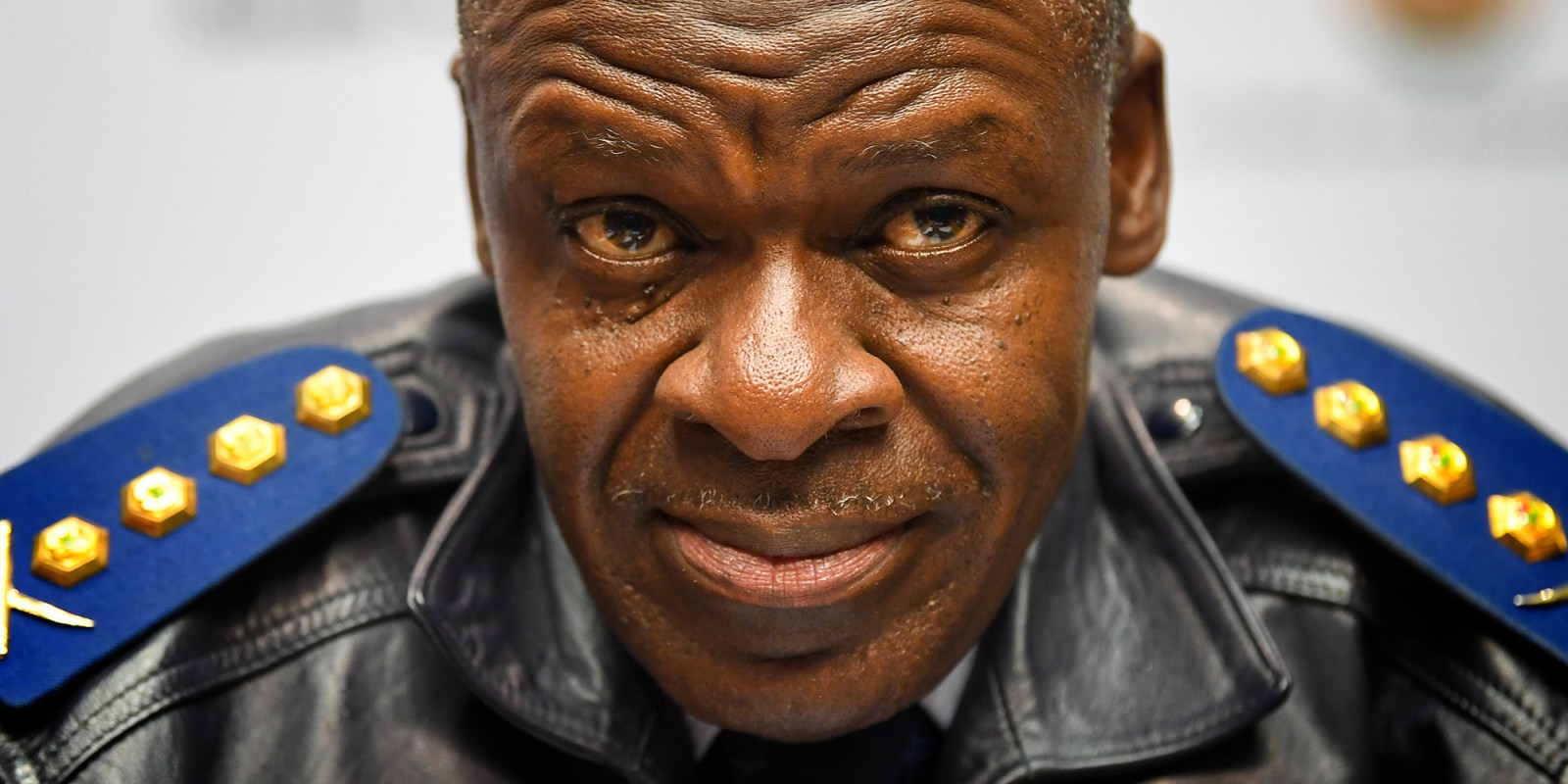 Whatever the outcome, it will bring a denouement to four years of political infighting, criminality and gross mismanagement, particularly with regard to personal protective equipment procurement by the SA Police Service.

National Police Commissioner Khehla Sitole is hanging on to his job by a thread, this week filing representations with President Cyril Ramaphosa on why he should not be suspended from the top job.

Whatever the outcome, it will bring a denouement to four years of political infighting, criminality and gross mismanagement, particularly with regard to personal protective equipment procurement by the SA Police Service (SAPS).

While Sitole has overseen the suspension and laying of criminal charges against at least 20 senior policemen, the buck has finally stopped at the top.

The SAPS also has been now saddled with the embarrassment of a possible murder inquiry after the death of Deputy National Commissioner for Crime Detection, Sindile Mfazi, in July.

While the SAPS at first announced that he had died of Covid-19, Mfazi’s body was later exhumed after suspected poisoning. Police have confirmed a post-mortem was conducted, but the findings have not been made public.

Daily Maverick has learnt that a toxin suspected to have killed Mfazi has been identified.

That a senior policeman may have been murdered after having oversight as acting National Commissioner (in Sitole’s absence) over the Crime Intelligence (CI) Division is deeply sinister and worrying.

Apart from Mfazi’s sudden death, the breakdown in communications with CI during Peter Jacobs’ tenure, and after his suspension, resulted in widespread criticism of the division’s lack of preparedness (and the SAPS’s incapacity in general) to deal with the volatile, planned July insurrection after Jacob Zuma’s incarceration.

The SAPS has also been milked in what appears to have been an unfettered spending spree at the height of the Covid-19 pandemic. Maverick Citizen exposed how one Mpumalanga company, Red Roses Africa and Mainstreet 699 (both are the same company), scored a R515-million windfall.

The Treasury’s breakdown of payments made to Red Roses Africa and several other companies revealed “an unprecedented level of price gouging on the products they sold to the SAPS,” wrote Mark Heywood on 20 September.

This was all on Sitole’s watch.

A call for an inquiry into Sitole’s fitness to hold office was made by Police Minister Bheki Cele after a scathing Gauteng High Court judgment in January 2020 that the commissioner had breached his duties.

Sitole has pleaded innocence in the matter, saying it was he, in fact, who stopped the “Nasrec grabber” CI grift in the first place after being tipped off by the police watchdog, Ipid.

Eight people have occupied the post of national commissioner since 2000, seven of them since 2009, when Zuma began his term as president.

In March 2021, Institute for Security Studies consultant Johan Burger noted that “of these eight, four have held the post in an acting ‘caretaker’ capacity, and four as full national commissioners.

“Of the eight, one was convicted of corruption, one currently faces criminal charges, and separate inquiries recommended the removal of another two. In one of these, the high court, after seven years, set aside the inquiry’s report and subsequent dismissal.”

Sitole’s name is likely to be added to those of Jackie Selebi, Riah Phiyega and Khomotso Phahlane (an acting commissioner).

Cele himself almost made the list, but in 2019 the Gauteng High Court set aside a 2012 decision to fire him as National Police Commissioner.

Sitole’s co-accused, Lieutenant-General Francinah Vuma, Deputy National Commissioner: Management Advisory Services, has been on family leave and will return to work on Thursday, 7 October to face the music.

The two senior officers were found guilty by the Gauteng High Court of breaching their duties in a matter involving the declassification of procurement documents for an Ipid investigation.

This related to the alleged attempted purchase by CI of a listening device, at the inflated price of R45-million, prior to the ANC’s elective conference in December 2017.

Evidence by Ipid was that the money was to be used to “buy” votes at Nasrec.

In a searing finding, Judge Norman Davis said that Sitole and Vuma had placed the interests of the ANC ahead of those of the citizens of South Africa by refusing to cooperate with Ipid and, in so doing, had breached their duties.

Letters between Cele and Sitole began ping-ponging soon after the ruling, with each missive bristling with the urgency of two men at the end of a rocky road.

A number of flashpoints between Sitole and Cele have been revealed in these communications, including the suspension of CI head Peter Jacobs and Western Cape head of detectives Jeremy Vearey.

Also, the appointment of several senior officers by Sitole has been questioned by Cele, although this is outside the minister’s ambit.

The entire Nasrec grabber story was all the idea of  Zuma’s 2017 appointee to CI, General Bhoyi Ngcobo. It was he who had “pushed” the transaction, the court heard. There was no need for the device.

Vuma came up with the “threat to national security” excuse to splurge on the grabber.

In her affidavit, she said that “a Minister in the Security Cluster” had briefed Zuma on this alleged threat but that it was Sitole who had instructed her “to deal with the matter”.

While she was “assessing the treat [sic], it became apparent that there was a special equipment [sic] that needed to be procured in order to deal with the threat”.

There were high hopes for Sitole, a career policeman when he took over.

What could help solve this leadership crisis, writes Burger, is the implementation of two key recommendations.

“First, an independent panel should be established to conduct a transparent, merit-based process for identifying the best possible person to be recommended as national commissioner to the president.”

This was successfully done to guide the appointment of a new National Director of Public Prosecutions by Ramaphosa.

Second, wrote Burger, “a multi-sectoral National Police Board should be appointed to undertake a performance and integrity assessment of the senior management echelon, starting with the 199 generals”. DM