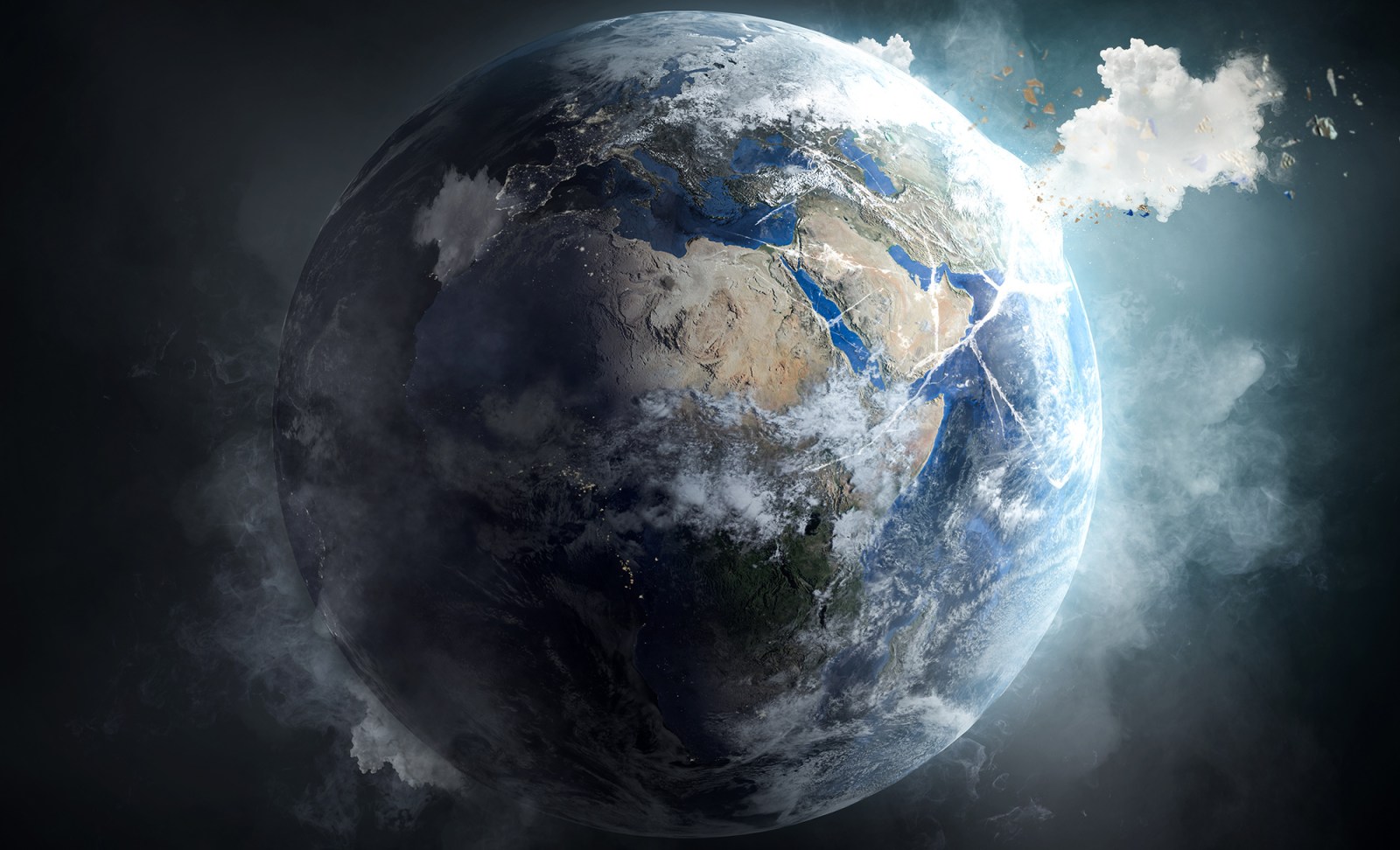 As Daily Maverick’s Our Burning Planet unit expands its global change reportage, we reflect on some of our biggest moments. Each has served as much of a wake-up call as it has helped sway, even predict, the course of humans’ often-dodgy exploitation of this small blue planet.

26 March 2019: In “China, the Pondo king and Namaqualand: In pursuit of the ‘Disney playground’ deal”, Kevin Bloom exposes the king of Western Pondoland’s contracts with a Chinese company to develop the Wild Coast – the same company had plans to dam the Orange River and put up gas-to-power plants. Thanks to the investigation, local chiefs turn on King Ndamase and invoke the Interim Protection of Informal Land Rights Act to ensure the deal does not go ahead.

6 June 2019: Bloom dives into the “coming-out party” of Gwede Mantashe, then new minister of mineral resources and energy, at the Johannesburg Country Club. This – plus multiple climate features on the ruling party’s (and the DA’s) Boomeresque gamble with legacy fuels — are prescient. Today, despite ongoing rolling blackouts, renewable energy entrepreneurs are yet to REIPPPP the rewards of costly investments.

1 August 2019: Ahead of the Convention on Endangered Species meeting in Geneva – a key decision moment for rhinos – Tiara Walters travels to the poaching frontlines in South Africa and Eswatini. The sweeping narrative investigation, “Death or glory for species on the ban wagon?”, highlights the brutal trade dilemmas facing a wide cast of role players.

7 February 2020: Don Pinnock and Walters are the first journalists globally to investigate pangolins as a possible intermediary source of Covid-19. Nearly breaking the internet, other world media descend on Chinese research incorrectly claiming whole-genome similarity between pangolin coronavirus and Covid-19. Instead, OBP’s crack detective duo sniff out the crumbs of a US-based Baylor College of Medicine study. This shows the near-identical similarity of the critical infection agents – the receptor-binding domains in the human/pangolin viruses. Published on the same day as the Chinese research, the article tops Daily Maverick’s site records, and is followed up by major publications such as The New York Times.

2 March-11 June 2020: Pinnock and Walters’ seminal series on illegal trade in China and the complexities of disease spillovers precedes that country’s decision to wipe pangolin scales off medicine lists. As renewed calls are made to probe the pandemic’s origins, a zoonotic source remains the strongest line of enquiry. A controversial laboratory leak mooted by Trump’s febrile administration is still “the least likely hypothesis”.

16 February 2020: Bloom scores another win with “Rise of the snake: Illegal mining threatens Venda’s sacred mountain”. Despite being protected sites, prospecting rights to lands around Lake Fundudzi and Thathe Vondo Forest are granted. Working off Bloom’s article, a coalition of 70-plus Venda chiefs unite to ensure the mining company is blocked.

1 April 2020: Bloom’s “Killing the Holy Ghost: Inside the R145bn plan that would destroy the Limpopo River” digs into the characters and contracts behind the Musina-Makhado Special Economic Zone, the largest source of foreign-direct investment from China into South Africa. The investigation – as well as follow-ups into May 2021 – became a climate-activist rallying point: South Africa’s own Standing Rock.

30 July 2020: In Apocalypse Miaow Part I, Walters’ lively brand of science journalism becomes another popular media talking point when she reports on a UCT study warning about the impact of house cats on Table Mountain’s wildlife. Following the report, authorities urge Capetonians to contain their cats. Needless to say, in Walters’ follow-up, fur flies.

13 August 2020: Pursuing a tip-off, Tony Carnie discovers that a Turkish company tried to dodge a mandatory environmental impact study after convincing government officials that the powerships deal would somehow alleviate the Covid crisis. After the application is exposed by OBP, the “emergency exemption” is revoked.

28 September 2020: Walters reports on pioneering science that connects the dots between carbon-heavy skies and a radically different Earth. Led by the University of Texas at Austin, the study used South Africa as a laboratory to see how high sea levels could soar under a 400ppm carbon atmosphere like ours. The sobering answer? An epoch-defining 30m higher.

2 November 2020: Walters’ Pyrocene Cape investigations lead the conversation on the role of human-caused fires on Table Mountain. Months later, fires sweep over the mountain’s frontal slopes and into the University of Cape Town. As priceless heritage goes up in smoke, thousands of Capetonians become environmental refugees during a zoonotic pandemic.

7 January 2021: Carnie shines a spotlight on the breaching of South Africa’s largest estuarine lake, St Lucia, a decision many science experts see as a setback to a multimillion-rand effort to restore its ecology. The Minister of Environment, Forestry and Fisheries, Barbara Creecy, has since announced plans to appoint an expert panel to review the lake’s management plans.

13 January 2021: While the world is glued to events leading up to US President Joe Biden’s inauguration, Walters trails shipping movements in the Arctic, breaking the global news that Russian LNG tankers have crossed paths in the Far North. This is the first crossing of commercial vessels during an Arctic winter, showing how fast this historically frozen passage is melting. The piece contains exclusive input from James Hansen, the scientist who warned the US Congress about the climate crisis back in 1988.

28 January 2021: Carnie reveals shocking statistics that Kruger’s rhino population has dropped nearly 70% in 10 years – despite a slew of upbeat messaging by the Department of Forestry, Fisheries and the Environment (DFFE).

8 April 2021: Last year Selati Game Reserve received sudden word of plans to excavate open-cast pits on their land. Bloom discovers the application was at an advanced stage, yet the company had not set foot on the conservancy. In a follow-up, he reports on the questionable backgrounds of the men behind the ploy to strip-mine the reserve.

17 April 2021: Carnie flies over the old Thor Chemicals factory to photograph the country’s largest toxic-waste stockpile, now being collected and shipped to Switzerland for disposal after polluting groundwater that flows into Durban’s largest freshwater dam.

18-20 April 2021: Natural fires are older than the Mother City itself – but an April of flames in 2021 will be remembered for its human face: for destroying cultural landmarks and for the people who escaped with their lives during what should have been a day of rest. Walters’ daily reports on the disaster vividly brings to life the unearthly anatomy of a humanitarian emergency.

25 May 2021: Bloom’s long-term sleuthing in his three-part “Killing the Holy Ghost” series further digs into the unlawful bid to mine the Musina-Makhado SEZ – this time with an ‘almost certain’ High Court review of the project’s environmental authorisation. DM/OBP