Mordor at the gates: The ploy to strip-mine Selati Game Reserve 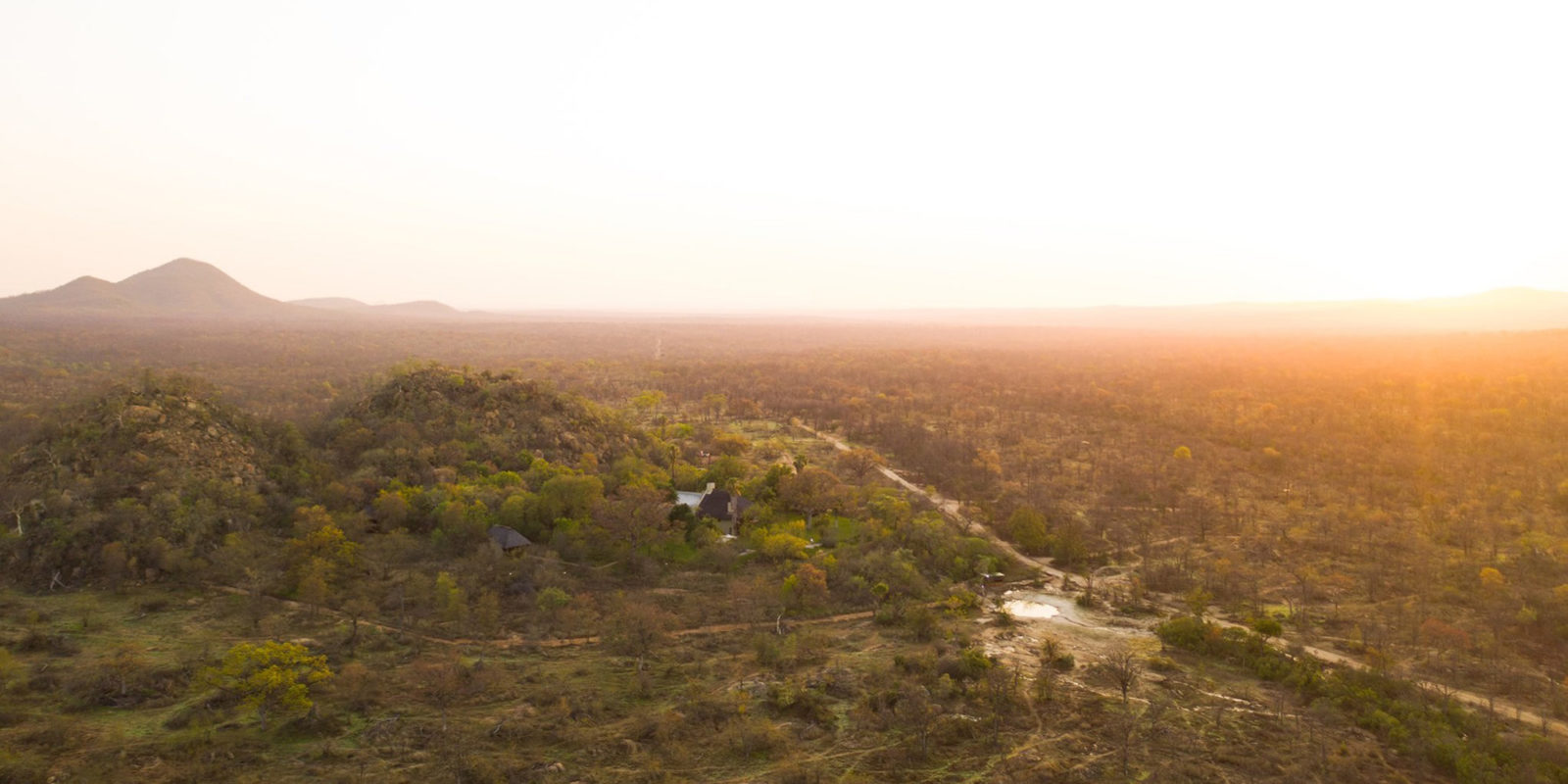 In August 2020, out of the blue, the owners of the 28,000-hectare Selati Game Reserve received word that a company called Tiara Mining had plans to excavate a series of open-cast pits on their land. The mining application was at an advanced stage, it seemed, which was strange — no one from Tiara Mining had ever set foot on the conservancy. And so began a battle that would unearth a litany of contradictions.

Between the towns of Gravelotte and Phalaborwa in Limpopo Province, on an outcrop of low granite hills, grows a species of African cycad that is to be found nowhere else on the planet. The plant, listed under CITES Appendix 1 — code for “most endangered,” which means that 183 countries have agreed to afford it the highest level of protection — is itemised officially as Encephalartos dyerianus, but is known colloquially as the Lillie Cycad. On the regulated market, as evidence of the extinction threat, a juvenile plant will set you back around R210,000.

If the environmental impact assessment (EIA) is anything to go by, the fact that these hills are located in the Selati Game Reserve appears to have escaped the directors of Tiara Mining — a company headquartered in Plettenberg Bay that claims to have secured prospecting rights on the land.

On page 109 of the EIA, it states only that Encephalartos dyerianus can be found in Phalaborwa’s “open grasslands”. In the entirety of the 441-page EIA, despite the rights covering around 10,000 hectares in the north of the conservancy, the Selati Game Reserve is mentioned fewer than five times. The scoping report, on the other hand, which was submitted by Tiara Mining to the Department of Mineral Resources and Energy (DMRE) in October 2020, does not mention the reserve at all.

“In the middle of last year, out of the blue, we discovered that this company had a mining right application on our land,” Alan du Toit, a director of Selati Game Reserve, told Daily Maverick. “Not one of our owners has ever been contacted by Tiara Mining.”

Given the resources that had been invested in the conservation project, Du Toit’s concern was easy to understand. Selati, a “Big Five” reserve, was constituted in 1993, when a group of landowners dropped the fences on 13 adjacent farms. Covering an area of 28,000 hectares on the western border of the Kruger National Park, the footprint was kept purposely low — in the early years, instead of opening the conservancy to the public, the owners funded the operation by auctioning sable antelope, which had always been endemic to the area. Recently, as the market for sable has dropped off, the annual operating costs have been covered by levies, with anti-poaching measures accounting for the largest proportion of costs.

But, again, this was never intended as a private playground. The Selati Wilderness Foundation, a non-profit company, was established to retain the ecosystem in its pristine natural state. Among the projects run by the foundation is an elephant management programme, which has become necessary given that elephant numbers have grown to 140 from the 68 that were reintroduced between 1996 and 2002; a cheetah introduction programme, which was kicked off by an agreement with SANParks in 2015; and an education initiative called  “Bush Buddies,” which facilitates in-depth ecological engagement for learners from culturally diverse backgrounds.

“We also have quite a successful population of black rhino on the reserve,” said Du Toit, although, for obvious reasons, he could not divulge the numbers. “We were one of the first reserves to receive black rhino from KwaZulu-Natal and we have an agreement with the province’s wildlife agency to preserve them, funded by WWF.”

Now, however, added to the R12-million a year it costs to run Selati, the owners are being forced to fund the battle with Tiara Mining — an outlay, according to Du Toit, that has so far come to “a considerable sum,” which only covers initial comments from the lawyers and environmental consultants.

The latter, handled by the Pretoria-based group Bokamoso, does not paint a pretty picture:

“It appears that the updated [final scoping report] included outstanding information identified by Bokamoso and other objectors on a retrospective basis and that such late inclusion and addressing of the information was a mere ‘window dressing’ exercise and a ‘ticking of boxes’ initiative in order to ensure compliance with the legal prescriptions of the integrated application process….

“What is even more concerning is the fact that there is still uncertainty regarding the validity of the ‘so-called’ prospecting rights referred to by the EAP [environmental assessment practitioner]. This issue was raised by Bokamoso from the outset.”

The problem, according to Bokamoso, lay with the company that had been retained by Tiara Mining to prepare the necessary paperwork for submission to the DMRE. In a nutshell, Bokamoso alleged that the EAP — a company trading as Sakal and Tebo (Pty) Ltd — had submitted a scoping report that was “fatally flawed,” with key information missing and “an inaccurate description of the proposed mining activities”. Further, Bokamoso claimed that they had specifically requested the EAP to supply copies of the “alleged” prospecting rights, but had only received details of “one prospecting right, which apparently lapsed”.

In their response to Bokamoso, as seen by Daily Maverick, the EAP stated that they had provided “all the information” requested. They further noted that “the DMRE would not accept a mining right without the prospecting rights being up to date”.

Which was curious, because Bokamoso, at the time that this article was published, was investigating the possibility of a conflict between the prospecting rights and the mining rights, working on the assumption that a highly irregular dual process was under way.

On the Tiara Mining website, which presents the rights application as a fait accompli, we learn that the source of the mineral riches in the region between Gravelotte and Phalaborwa is the Murchison Greenstone Belt, a zone of three-billion-year-old rock sequences that is estimated to contain more than 82 million carats of emeralds. We also learn that the geological formation contains gold, molybdenum, nickel and antimony.

“Although none of these minerals have been quantified,” states Tiara Mining, with respect to the latter, “indications are that it would be viable to further explore.”

Unfortunately for Tiara Mining, much of the gold in these hills appears to have already been taken. As Selati Game Reserve notes on its own website, the ancient range was “the scene of a nearby minor gold rush in 1865”.

Which suggests, if Tiara Mining is to get to the remaining gold, that ecologically destructive measures may be required. As for the emeralds, the mineral that is known to occur in the Murchison Range in great abundance, the chosen method of extraction could hardly be more destructive.

On page 32 of the EIA, we are told that the Tiara Granville Emerald and Quartz Mine will use the “truck and shovel opencast mining method” with a “crushing and screening unit” as well as a processing plant.

“Mine workings will reach a considerable depth of about 70 metres,” we are further informed, which will necessitate “clearance of the vegetation” and “stripping of topsoil”.

Then the EIA gets real.

Drilling and blasting “may occasionally be required,” it notes. The “removed Run of Mine (RoM) will be stockpiled using excavators”. Thereafter, RoM will be “transported to the washing plant by means of haul trucks with a loading capacity of approximately 40 tons”.

How will all of this affect the fragile ecosystem that the owners of Selati Game Reserve have been protecting since 1993?

The answer to the question can be found on page 321 of the EIA:

“All bushveld areas and watercourses still intact can be considered highly sensitive areas [which] serve as a breeding and foraging habitat for a number of faunal species. These areas can be regarded as ecologically irreplaceable and cover the majority of the area. It will be nearly impossible to imitate these areas after mining has been completed with a rehabilitation programme.”

Nonetheless, the EIA proposes that the strip-mining operation should go ahead. When Daily Maverick attempted to resolve the contradiction by putting the question to the relevant parties at Sakal and Tebo (Pty) Ltd, we received no response. The company also declined to explain the alleged irregularities regarding the prospecting rights, the scoping report and the fact that none of the owners of Selati Game Reserve had ever been contacted. Neither did Robert Michael Scholtz, the director of Tiara Mining whose name appears at the top of both reports, respond to our questions.

As for the DMRE, Daily Maverick attempted to gain some clarity on the matter from the department’s regional manager for Limpopo province, Azwihangwisi Mulaudzi. Was it true, we wanted to know, that the department had accepted the mining right application?

This general unwillingness to engage, it appeared, was in line with the contents of the internal correspondence between Bokamoso and the EAP, with the latter stalling for time and refusing to provide the full list of documents requested. It was also apparently in line with the public meeting hosted by the EAP in Gravelotte on 20 March, where, according to Du Toit, the company’s representatives refused to answer why they had not acknowledged the game reserve at all.

The standout fact, which the EIA had expressly noted, was that the “majority” of the land covered by the mining application had been classified by the South African National Biodiversity Institute as a “critical biodiversity area”. What the EIA did not note, however, was that the Limpopo provincial government, in its 2013 conservation plan, had listed the entirety of Selati Game Reserve as “CBA 1” — meaning, the reserve had been categorised as ecologically “irreplaceable,” with any development “required to meet biodiversity pattern and/or ecological process targets.”

By all accounts, Sakal and Tebo (Pty) Ltd had failed to address this official requirement, which struck Daily Maverick as the ultimate inconsistency.

Still, as far as Du Toit and the owners of the game reserve knew, the DMRE had accepted the mining right application. The upcoming battle would therefore involve a long and arduous investigation into the validity of the prospecting rights, the scoping report and the water usage licence. At stake was one of the most ecologically sensitive and biodiverse corners of Limpopo province.

How would it all pan out? For the answers to that question, watch this space. DM/OBP