No tomorrow, Part Two: Why the DA thinks climate change could be good for business 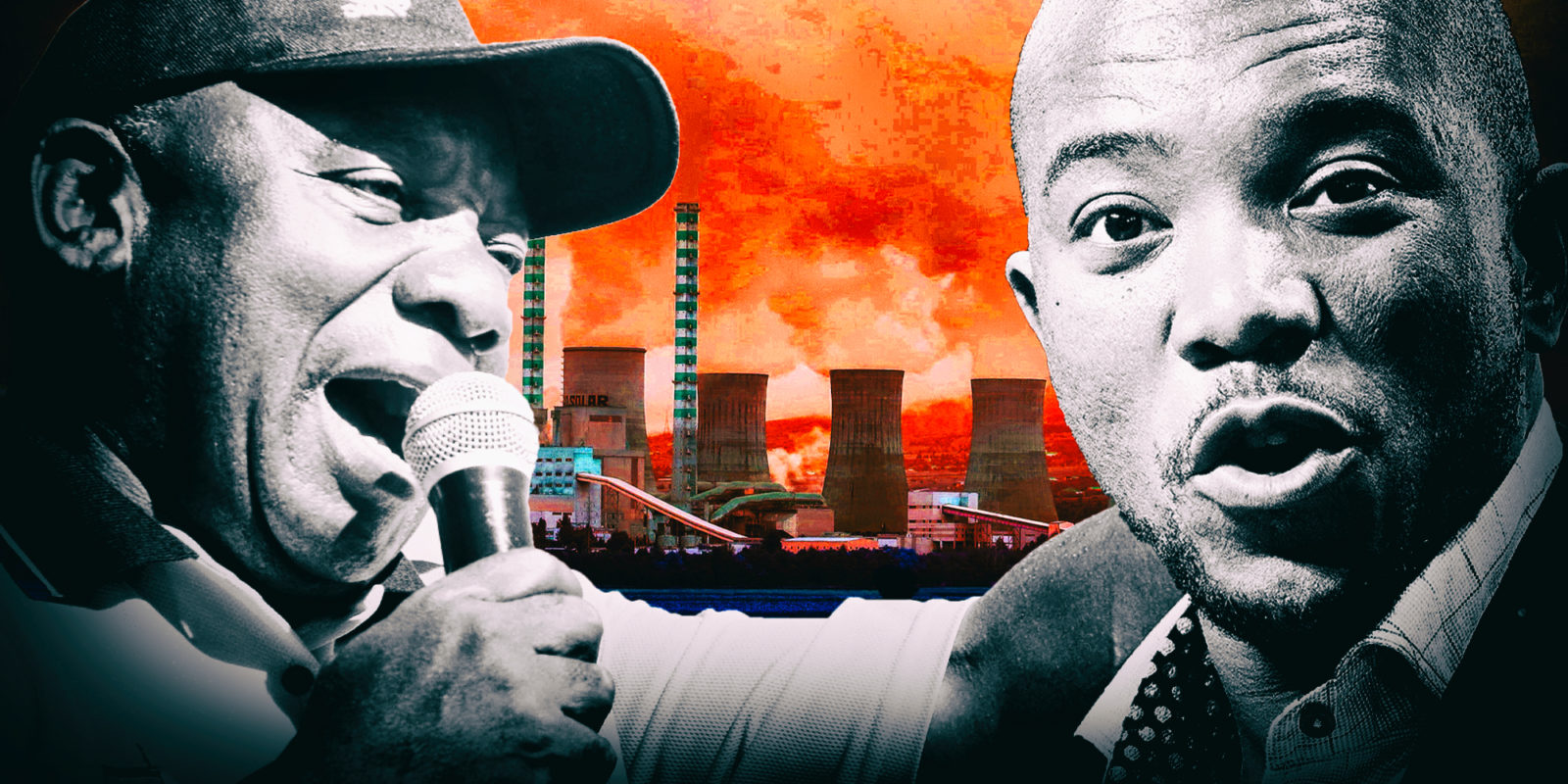 In its 2019 election manifesto, the Democratic Alliance comes at climate change with the can-do attitude of a motivational speaker. In this party’s view of the world, based on its belief in the free market, a responsible climate policy can exist alongside fracking and oil and gas exploration. So how does the DA’s policy stack up against that of its arch-rival, the ANC?

“Market failure on the greatest scale the world has seen.”

This is what Sir Nicholas Stern, head at the time of Britain’s government economic service, wrote about climate change in an official report for the Chancellor of the Exchequer published in October 2006. In commenting on the 580-page report, The Economist magazine, itself a bastion of calm and moderation, apologised to its readers in the opening sentence by noting that “British civil servants can normally be relied on to favour calm and moderation”. Stern, the magazine observed, was instructing the planet to panic.

Since then, “the planet” – by which The Economist presumably meant “all reasonable human beings” – has learnt that its prospects would have been a lot better had it panicked when Stern suggested. In 2014, the London School of Economics, taking its cue from the spate of extreme weather events globally that were becoming increasingly difficult to ignore, republished on its website a Guardian piece from 2012 that explained why more and more economists were crossing over to Stern’s paradigm.

“The core (failure) is the so-called ‘greenhouse gas externality’,” the piece stated, after noting that free markets could be said to fail when they did not maximise a society’s welfare.

“Greenhouse gas emissions are a side-effect of economically valuable activities.”

In other words, since its government and corporate masters had decreed that the climate-destroying fallout from the burning of fossil fuels would be borne by future generations, the science of economics had zero chance of inserting its mechanisms for calculating the direct cost of emissions.

Lately, as unprecedented floods, droughts, wildfires and cyclones have hauled the future at warp speed into the present, this criminal absurdity has been showing up in the media organs that take mainstream economics most for granted.

Two examples should suffice to illustrate the point. First, The Economist, which in February 2019, reporting on US Congresswoman Alexandria Ocasio-Cortez’s Green New Deal, finally acknowledged without apology that “climate change is a big but straightforward example of market failure”. Second, the New York Times, which in April 2019 ran a 4,000-word special feature that wondered whether economists’ plans to fix the climate were “politically impossible” (spoiler: the answer was mostly “yes”).

What does the above have to do with the climate policies in the 2019 election manifesto of the Democratic Alliance? The answer lies in the second of the party’s “fundamental beliefs” as articulated on page 6. Because, behind the “rule of law” and ahead of “individual rights and freedoms,” the DA fervently believes in the “market-based economy”.

And so to page 35 of the DA’s manifesto, and its first mention of climate change, where what some call an ecological apocalypse the party calls a “roadblock” in the growth path of South Africa’s commercial farming sector.

To sidestep the obstacle, what the DA proposes is a “climate change resilience plan” — a concept that involves “investing in water infrastructure, including large dams and bulk water reticulation” to ensure that “those communities suffering from protracted drought have the resources they need to continue agricultural production”.

Which is sound thinking as far as it goes. The problem arises with the assumption, inherent throughout the manifesto, that with a few tweaks this unfathomable crisis could actually turn out to be good for business.

“If managed correctly,” the DA tells us on page 76, climate change “can create the opportunity for the development and introduction of new technologies, the stimulation of demand for new products and the associated creation of new jobs.”

The manifesto doesn’t provide a breakdown on where these jobs and products will come from, except to say that the “green economy” will provide. Neither does it offer a whole lot of detail on the “new opportunities” the DA will create to enable “South Africans to benefit from reducing emissions”.

Ultimately, given its repeated use of words such as “new” and “create” and “opportunity,” the manifesto appears to come at climate change with all the insight and sensitivity that motivational speaking comes at suicidal depression.

But of course, the real question, with South Africans going to the polls in less than a week, is this: How does the DA stack up against the climate policies of the ANC?

Here, Daily Maverick follows the environmental scorecard prepared for the 2019 elections by the African Climate Reality Project, mainly because it lives up to its non-partisan promise. On three important points, the DA’s manifesto beats the ANC’s hands down:

And that, it seems, is where the DA’s edge over the ANC ends. The official opposition is hammered by the ruling party on the not insignificant matter of the “just transition”, which primarily involves the promise to reskill coal workers for the renewable energy sector because while the latter remembers to make the promise, the former simply forgets.

Also, although the DA gets one over the ANC in its nod to indigenous knowledge for building climate resilience, it gives the point straight back with its focus on intensive (as in, carbon-heavy and biodiversity killing) agriculture.

By far the most crucial point, however, concerns the reduction in carbon emissions — and here it’s a dirty six of one versus an unclean half-a-dozen of the other. In their swearing of fealty to the United Nations Framework Convention on Climate Change, which since Copenhagen in 2009 has been based on free-floating and voluntary emission reduction targets (a crime against humanity that South Africa was instrumental in perpetrating), both the ANC and DA can pretend to be solid climate citizens while defending fossil fuels like there’s no tomorrow.

It’s hardly a surprise, then, that the DA, despite its insistence that climate change is a priority issue, is an unabashed cheerleader for fracking and oil and gas exploration. Fracking is in fact mentioned five times in the DA manifesto, the first time next to the phrase “safe and sustainable”, but it’s the following sentence (on page 78) that’s the most incongruous:

Again those unemployed people, many of whom could be found protesting in April against the usurious price of water in the poorest areas of the DA-led Cape Town metropole.

Has the DA’s faith in the free market saved them? Has the wealth, like water, trickled down?

Not yet, but then maybe, if or when the DA governs nationally, its prayers to the market will be answered. DM