Green New Deal: When politics was trumped by the weather 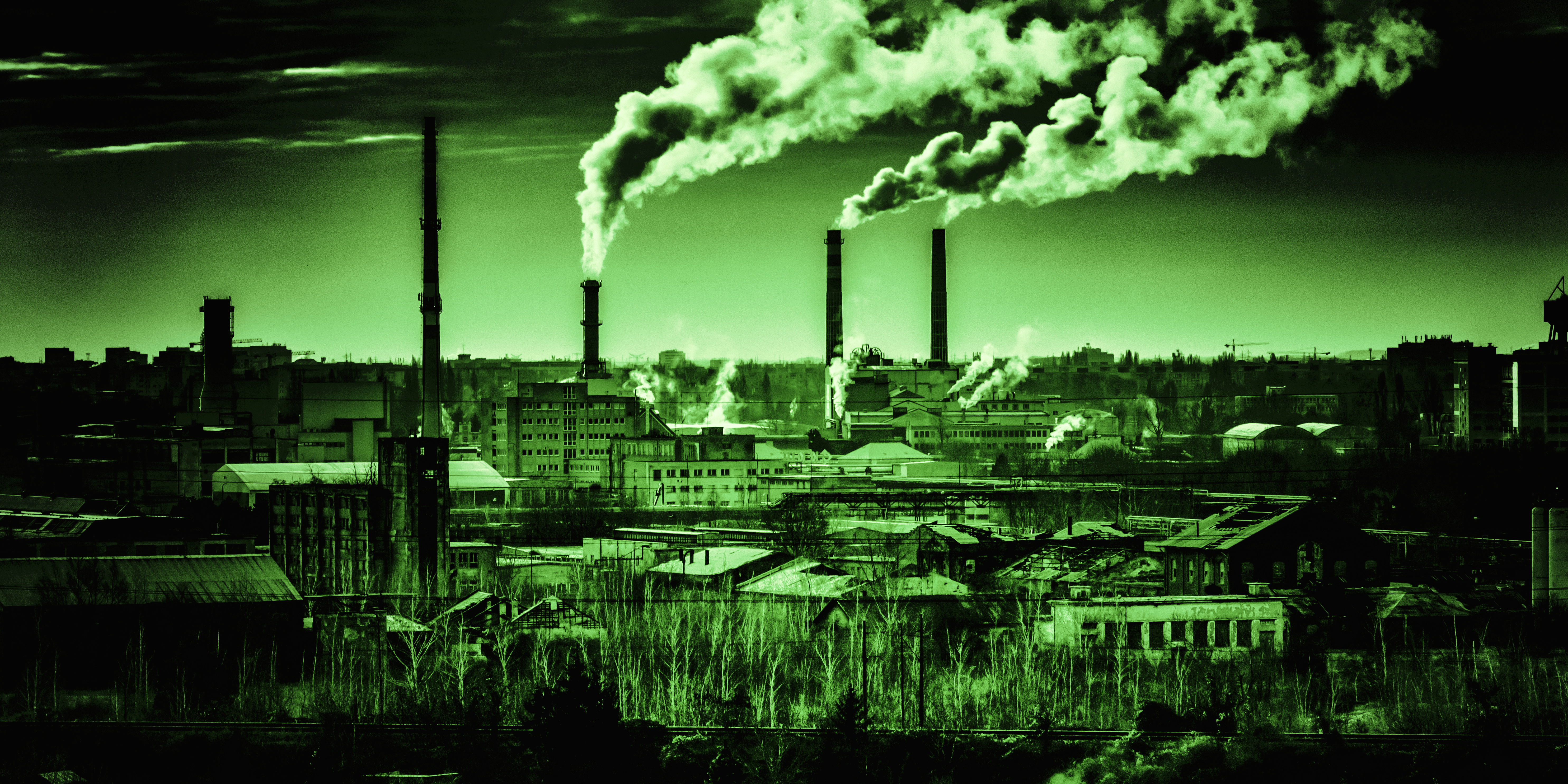 The original image by Dominik Dancs/Unsplash

It may be a bigger public investment programme than the Marshall Plan or the moon-shot, but thanks to US congresswoman Alexandria Ocasio-Cortez and the young people who back her, it may just get through. As an answer to climate change, the Green New Deal is the best humanity has right now. Which means that South Africa could reap the benefits too.

“If everyone is guilty, then no one is to blame,” said Swedish schoolgirl Greta Thunberg at Davos two weeks ago. “And someone is to blame.”

Was this a veiled reference to Nathaniel Rich’s novella-length article “Losing Earth,” in which The New York Times Magazine took the unprecedented step of devoting an entire issue to climate change, ultimately blaming our collective failure to avert its worst effects on “human nature”?

Perhaps. Since rising to prominence in August 2018, the same month that Rich’s piece was published, Thunberg had drawn the attention of climate celebrities who appeared to despise the blamelessness hypothesis as much as she did. Chief among these was the journalist and filmmaker Naomi Klein, who’d laid into Rich for employing the “royal we” in place of the easily identifiable individuals that had been behind the massive increase in carbon emissions since the late 1980s — the fossil fuel executives and their plutocrat enablers, to be specific.

But while it seemed more than plausible that someone like Klein had sent a private message to the 16-year-old Thunberg, to assume as much would’ve been to entirely miss the point of the groundswell that’s become a global movement in the last few months. The point is this: nobody born before 1990 is driving it.

And so, like Thunberg’s #schoolstrikeforclimate campaign — which began as a solitary strike outside the Swedish parliament on 20 August 2018, quickly spread to Australia, and in the final week of January took in over 30,000 Belgian schoolchildren — the Green New Deal championed by 29-year-old US congresswoman Alexandria Ocasio-Cortez is best described by human beings with the most to lose from climate change, simply because they have the longest to live.

Enter Kate Aronoff, a New York-based 20-something journalist and climate activist, who opened a deeply reported piece in December 2018 by introducing us to a fictional character named Gina, a freshly-minted college graduate in the year 2043. Thanks to Ocasio-Cortez’s efforts, Gina had enjoyed free childcare, free university tuition — which she began after a year of public service — and free Medicare. She was about to move into rent-controlled public housing, designed by the country’s top architects, who’d competed against each other for the privilege. Also free, the complex would avail Gina of clean water, uncapped broadband and limitless solar power.

As for social justice, because the plutocracy had been smashed by taxes on the super-rich — Ocasio-Cortez’s 2019 proposition of a 70% to 90% tax rate had, in Aronoff’s scenario, become a fait accompli — the equal opportunity was now an in-built part of the system.

“For work,” noted Aronoff, “Gina trained to become a high-level engineer at a solar panel manufacturer, though some of her friends are going into nursing and teaching. All are well-paid, unionised positions, and are considered an essential part of the transition away from fossil fuels, updates about which are broadcast over the nightly news. In any case, she won’t have to spend long looking for a job. At any number of American Job Centres around the country, she can walk in and work with a counsellor to find a well-paid position on projects that help make her city better able to deal with rising tides and more severe storms, or oral history projects, or switch careers altogether and receive training toward a union job in the booming clean energy sector.”

Naïve? In early 2019, all Republican and many Democrat politicians seem to think so — they’re wondering aloud how the plan will be funded, mainly because Ocasio-Cortez’s tax proposition smells way too much like socialism, even for former Senate majority leader Harry Reid. Still, legislation on the Green New Deal has been mooted for introduction as early as the first week of February (i.e. this week). The youth-led Sunrise Movement, a major driver of the initiative, has announced its intention to #ChangeTheDebate in the Democratic presidential candidate contest, mobilising its burgeoning support base to ensure that the #GreenNewDeal is a priority issue in the 2020 US election.

Outside of bipartisan concerns, the polls are so far backing this youth contingent up. A much-cited mid-January poll found that 59% of registered voters support a 70% tax on every dollar above the 10 millionth a person earns in one year, with 71% of Democrats, 60% of independents and 45% of Republicans saying they’re in favour.

Meanwhile, notwithstanding the gulf between the elite and the US public on tax policy, centrist news brands like The Washington Post and The Financial Times are giving voice to academics who take seriously the idea of the Green New Deal. Professor Eric Rauchway, an expert on President Franklin D. Roosevelt’s New Deal of the Great Depression-era, has argued that the “hard part” — as it was with the current deal’s namesake — won’t be environmental reform but social justice. Professor Robert Hockett, a law and finance expert as well as an advisor to Ocasio-Cortez, has written this:

“The new Democrats in the US Congress already have done something no American politician has managed for decades: to get people talking about massive — and massively transformative — public investment as a real prospect.”

Indeed, which brings us back to the hard facts of climate change. It’s no coincidence that the movement has arisen in the wake of October 2018’s IPCC special report, which gave humanity all of 12 years to cut global carbon emissions by a colossal 45%. Ocasio-Cortez, like Thunberg and the enlightened youth they both represent, appears to have taken seriously the injunction in the report’s opening line that what humanity urgently needs rights now is “rapid, far-reaching and unprecedented changes in all aspects of society”.

To this end, the Green New Deal has been variously compared not just to Roosevelt’s 1930s version, but to the Marshall Plan, which rebuilt Western Europe after World War II, and to President Kennedy’s promise to put a man on the moon, which in the early 1960s was a pipe-dream motivated by geopolitical necessity. Of course, as today’s youth would be quick to point out, the necessity isn’t beating the Russians in a Cold War space-race — it’s ensuring that come the end of the century, their own children would inhabit a planet that supports human life.

Hence the title of Professor Hockett’s piece in The Financial Times: “Pay for Green New Deal now or spend even more later”.

But pay for what, exactly?

The details of the Green New Deal are yet to be worked out. Ocasio-Cortez has put together a document that calls for the establishment of a congressional committee on which nobody who receives fossil fuel funding may sit. This committee, as the youth-orientated US news outlet Vox makes clear, would produce a plan to invest trillions of dollars in fully decarbonising the US economy while providing federal job guarantees and mitigating historical inequalities. Needless to say, the incumbents in the US Congress aren’t thrilled about the power shifts this implies.

And yet the power dynamics, if the polls on Ocasio-Cortez’s plutocrat tax are any indication, won’t play for long in the incumbents’ favour. It didn’t help that the US Midwest recently experienced an Arctic freeze directly linked to a climate change-induced polar vortex — and it won’t help when more “once in a century” hurricanes batter the Gulf of Mexico, or more unprecedented wildfires rage through California, as they undoubtedly will.

For those of us in the rest of the world, this counts as morbid good news. Back in November 2018, Naomi Klein wrote in The Intercept that the Green New Deal “is not a piecemeal approach that trains a water gun on a blazing fire, but a comprehensive and holistic plan to actually put the fire out”.

She then added: “If the world’s largest economy looked poised to show that kind of visionary leadership, other major emitters — like the European Union, China, and India — would almost certainly find themselves under intense pressure from their own populations to follow suit.”

In South Africa, as one of the developing world’s heaviest emitters, we could sure use the nudge. While our big banks are taking the lead by withdrawing funding for new coal-fired power plants, our mining minister Gwede Mantashe has urged coal mine owners to defend themselves from the siege, arguing that their contribution to foreign earnings should only be allowed to increase. Meantime, the Department of Environmental Affairs, under the stewardship of Nomvula Mokonyane — who, like Mantashe, has been fingered for alleged corruption at the Zondo Commission of Inquiry into State Capture — has just published South Africa’s draft Low-Emission Development Strategy 2050 (LEDS), which serves as the country’s blueprint guide to a low-carbon society.

“A strategy of this nature should generally address three key issues,” the African Climate Reality Project noted in a statement sent to Daily Maverick in early February. “Where are we now? Where are we going? How will we get there? The LEDS falls short of this expectation — it does not clearly articulate where we are now, definitely does not say where we are going, and very weakly suggests how we will get to this ambiguous, incoherent destination.”

For the moment, it seems, South Africa has more important matters to attend to than the impending collapse of human civilisation. So we can only thank the climate gods for people like Alexandria Ocasio-Cortez and Greta Thunberg, who are awakening the world to the reality that politics will now have to fit in with the weather. DM