Nomvula Mokonyane: A primer for week one at Environmental Affairs 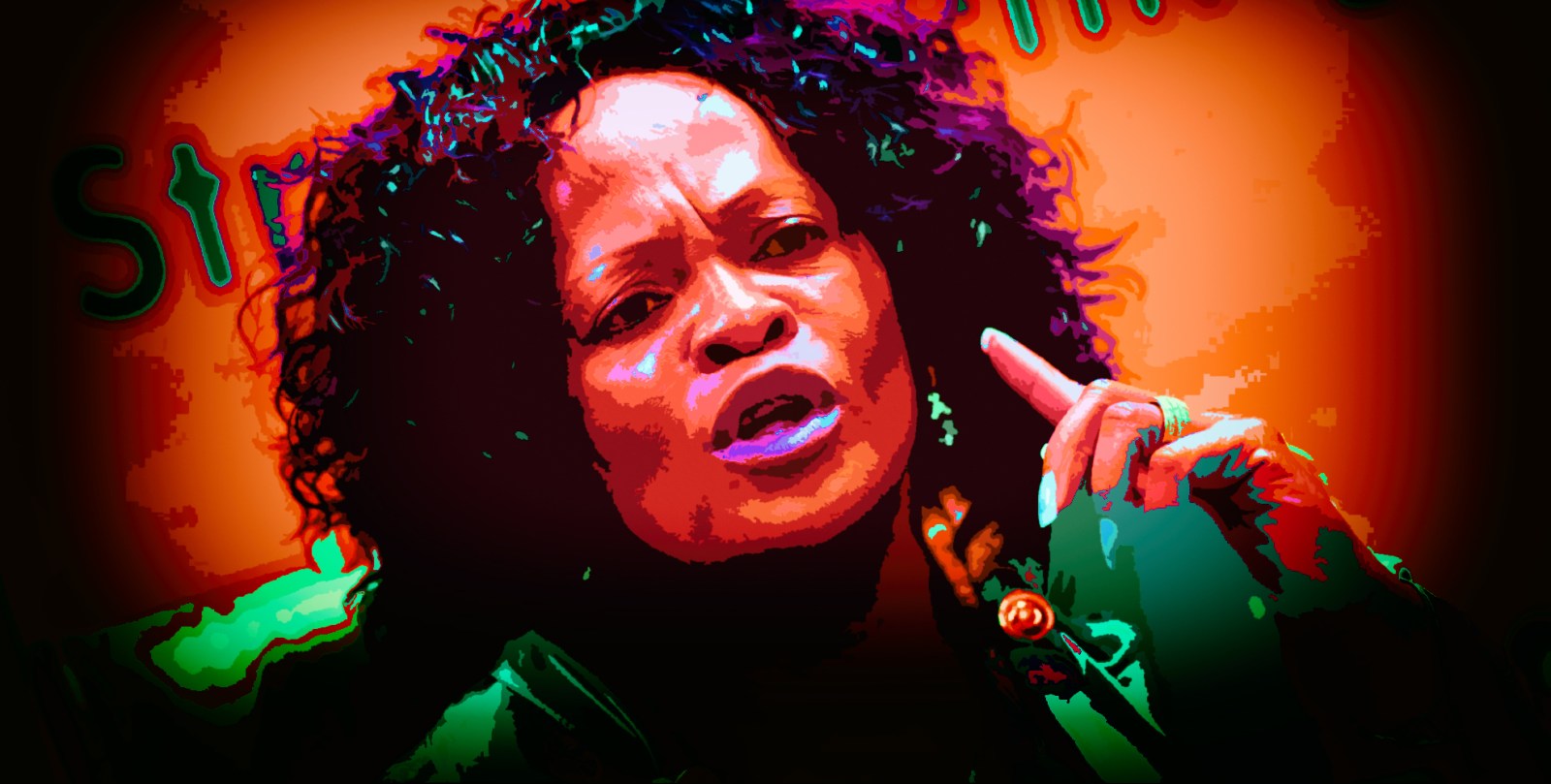 Then Gauteng Premier Nomvula Mokonyane fields questions from reporters following a meeting with Eskom to discuss a myriad of issues of common interest in Johannesburg, Tuesday, 26 October 2010. Picture: Werner Beukes/SAPA

If we lived in a perfect world, there would be a stack of climate change reports waiting for Nomvula Mokonyane on her first day as environmental affairs minister. Top of the list would be South Africa’s recent submission to the United Nations, a report that details how life-smotheringly hot it’s going to get if we fail to mitigate. Sadly, we don’t live in a perfect world.

“Hope is being able to see that there is light despite all of the darkness.”

So said Archbishop Emeritus Desmond Tutu many moons ago. Some time later, when social media had become the prevailing mechanism through which human beings filtered their experience of the world, his words were placed against a digital backdrop of lovely white flowers. Now a meme, the words were shared widely.

Because the alternative is too dark to contemplate—and because we could all use a pick-me-up to stave off the daily encroachment of the sixth mass extinction—let us apply Tutu’s meme to the case of Nomvula Mokonyane. Let us hope that our new environmental affairs minister, during her first week in office, spends her time reading. Let us go beyond hope, to envisioning, and let us picture a stack of reports in the middle of her carved hardwood desk.

Top of the pile in this dream scenario would be a document called “South Africa’s Third National Communication under the United Nations Framework Convention on Climate Change”, a text that those in the know had helpfully abbreviated as the “TNC report”. Mokonyane would sit down, order her secretary to hold her calls, and ponder the orange and turquoise cover, with its graphics of wind-farms and solar panels and a family of five holding hands. Coming in at 351 glossy pages, she would notice, the report had been published by the Department of Environmental Affairs in March 2018, with the close assistance of the Council for Scientific and Industrial Research, a world-leading South African institution when it came to the hard facts of climate change. Impressed, Mokonyane would flip through to the report’s executive summary, where she would be taken aback by the following:

“South Africa has been warming significantly over the period 1931-2015. Over the western parts of the country, including much of the Western and Northern Cape, and also in the east over Gauteng, Limpopo and the east coast of KwaZulu-Natal, the observed rate of warming has been 2 °C/century or even higher—in the order of twice the global rate of temperature increase.”

Her heart racing, Mokonyane would press the intercom and issue a directive to her secretary.

“Bring me a set of fluorescent highlighters!” she would shout.

The paragraph she’d just read would get the yellow highlighter, for NB, but later she would come back and go over it with green, for NNB. By the close of the week, getting a top-of-scale NNNB (pink highlighter) would be this paragraph on the same page:

“A key feature of the projected climate change futures of South Africa is that temperatures are to increase drastically under low mitigation. For the far-future period of 2080-2099, temperature increases of more than 4°C are likely over the entire South African interior, with increases of more than 6°C plausible over large parts of the western, central and northern parts. Such increases will also be associated with drastic increases in the number of heatwave days and very hot days, with potentially devastating impacts on agriculture, water security, biodiversity and human health.”

Why NNNB? Because by late afternoon Friday on her first week in office, having done all of her suggested reading (and more), Mokonyane would know that shit was about to get real. At 4°C of average global warming, as per a terrifying Australian report entitled “What Lies Beneath” (fore-worded by Hans Joachim Schellnhuber, founding director of the Potsdam Institute for Climate Impact Research and senior climate advisor to the European Union, the German Chancellor and Pope Francis), she’d understand it was feasible that between 80% and 90% of the human population wouldn’t survive.

“There is no certainty that adaptation to a 4°C world is possible,” the World Bank had been cited in that paper. “A recent study by the European Commission’s Joint Research Centre found that if the global temperature rose 4°C, then extreme heatwaves with ‘apparent temperatures’ peaking at over 55°C will begin to regularly affect many densely populated parts of the world, forcing much activity in the modern industrial world to stop.”

Also, there was this citation, from the esteemed journal Proceedings of the National Academy of Sciences:

“A 4°C warming by 2100 would subject 47% of the land area and almost 74% of the world population to deadly heat, which could pose existential risks to humans and mammals alike unless massive adaptation measures are implemented.”

Mokonyane, in a cold sweat at the enormity of the portfolio she had undertaken, would call up President Cyril Ramaphosa. “I’m wrong for the job,” she would say, “my certificates from Harvard are in economics and governance.”

The president would soothe her. “Don’t worry, Nomsie,” he would say. “You’ve been trained at Harvard. And your panic is all the reassurance I need that I’ve made the right decision.”

None of the above is likely to happen, of course. The TNC Report, which, according to Gillian Hamilton, branch manager of the Johannesburg office of the African Climate Reality Project, “is so much more concerning for us than October’s IPCC special report,” may very well go unread by the new minister. Particularly because chapter 1.9 of the report is entitled “Water and Sanitation”.

And then, a bit further down, this:

“In addition to water impacts, climate change will also impact sanitation. In 2013, municipalities increased the supply of sewerage and sanitation services by 6.2%, raising the number of consumer units with access to sanitation facilities from 9.4 million in 2012 to almost 10 million in 2013 (StatsSA, 2014). Increased flooding and storms, however, could result in damage to infrastructure and potable water supplies.”

Lest we forget, Mokonyane was appointed by President Jacob Zuma to head up the Department of Water Affairs and Sanitation in May 2014, shortly after those encouraging numbers on “consumer units” came out. Three months after she left the post, in March 2018, treasury officials and Auditor-General Kimi Makwetu explained to the legislature how Mokonyane’s team had spent billions on irregular tenders, invoking emergencies that did not exist to bypass procurement regulations.

So bad was it, we recently learned, that between R6 billion and R8 billion was wasted. The current minister, Gugile Nkwinti, has been complaining of late that he’s facing a leadership crisis: top officials have either been suspended, or have run for the hills to escape Ramaphosa’s own corruption probe.

We all get the problem, right? Mokonyane is not going to read the TNC Report—by far the most important report on climate change impacts and suggested mitigations that the South African government has ever produced—because, for some inexplicable reason, she doesn’t have to. Our president has her back, even if it makes him look right now either as weak or a hypocrite.

So no, there doesn’t seem to be much hope. But as some of the world’s smartest climate activists and environmental writers are now arguing, when hope dies, action begins. DM