Watershed for pangolins as China wipes scales off medicine list 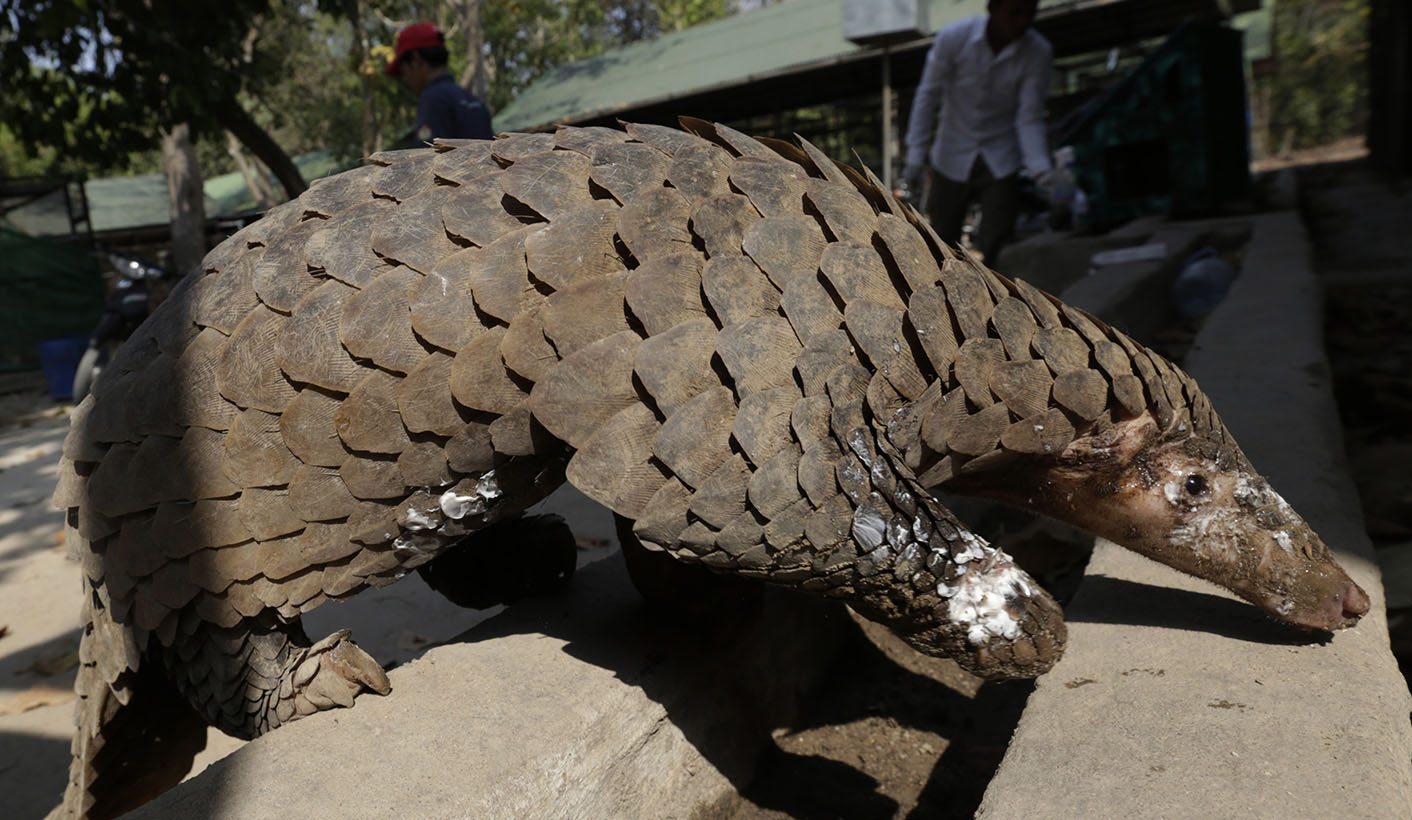 Shortly after raising the status of pangolins to the top level of protection, the Chinese government this week removed the highly trafficked mammal’s scales from its official list of traditional medicines.

Conservation organisations have hailed the move as a breakthrough moment for pangolins worldwide.

In the wake of the Covid-19 outbreak, China banned eating wild terrestrial animals, but there were exemptions, in that they could be used for medicine or fur. With widespread use of pangolins in traditional Chinese medicine (TCM), the ban was not a reprieve for the scaly anteaters.

Sun Quanhui, a scientist from the World Animal Protection Index, told the state-run Global Times: “There is no scientific evidence in modern medicine to show that pangolin scales have certain therapeutic or health benefits.”

“This is an absolute turning point in the conservation of the most trafficked and traded mammal on our planet,” Professor Ray Jansen, chairman of the African Pangolin Working Group, told Daily Maverick.

If China enforces the TCM removal, it could be a game-changer in attempts to shut down the massive poaching of the animal in both Africa and Asia.

In February 2020, Daily Maverick broke the story linking pangolins as the likeliest vector of Covid-19 via bats to humans. Researchers at the Baylor College of Medicine in Houston, Texas, found the “genome of a coronavirus whose receptor gene in pangolins matched the pandemic strain nearly 100% — pointing to the likelihood that the bat virus and pangolin virus at some point were in the same animal and had the chance to share genetic material … leading to the hybridisation [recombination] event that resulted in the pandemic strain”.

As a “first class” protected animal, pangolins now share the status of giant pandas, Tibetan antelopes and red-crowned cranes. Presently, all eight pangolin species are endangered in their respective countries and regions. They’re massively poached and trafficked through airlines and shipping.

“This is an absolute turning point in the conservation of the most trafficked and traded mammal on our planet,” Professor Ray Jansen, chairman of the African Pangolin Working Group, told Daily Maverick.

According to Jansen, in recent months “three successive decisions by the Chinese government have led to a turnaround” in the animal’s survival.

Firstly, the Chinese public were “unable to claim on medical expenses if they purchased a medical product that contained any form of pangolin derivative, such as bones or scales”.

The second was uplisting pangolins to China’s highest species-protection schedule. “Banning pangolins and pangolin derivatives from TCM” was the third watershed moment.

“It culminates in what I can consider the most significant conservation action decision ever made for the entire pangolin order, Pholidota,” said Jansen.

Provided the regulations were strictly enforced, he added, they were “likely to have such a significant impact on pangolin populations that they may now well recover from what was certainly an extinction crisis for all pangolins. We commend the Chinese government in this milestone decision…”

Humane Society International’s Dr Peter J Li, a China policy specialist, said there would always be violations of the law, but that the government’s latest move legally equipped the public and activists “to go after the violators”.

Li noted that activists in China had been campaigning for scale removal from medicine lists for years. The decision was also part of government efforts to remove possible pandemic sources — “a political determination we did not see back in 2003”.

Yet Li was at pains to point out that “wildlife consumption has never been demanded by the people in China”.

Instead, “‘consumer demand’ for wild animal meat was made by traders for making money. I grew up in China and never once did my mother worry about not having wild animal meat to eat. We never ate snakes, pangolin meat, rats, bamboo rats and civet cats. … Wildlife traders in China have helped spread falsehoods about Chinese food culture in the world, thus helping perpetuate foreign misperception of Chinese food culture, Chinese people and Chinese culture as a whole.”

According to conservation group WildAid, as many as 200,000 pangolins are consumed each year in Asia for their scales and meat. More than 130 tonnes of scales, live and dead animals were seized in trafficking busts during 2019 — a figure estimated to represent up to 400,000 animals.

The celebrity-supported conservation group has since February 2020 run a global campaign warning about the disease risks of eating pangolins. This includes the social media video featuring megastar Jay Chou, which amassed more than half a billion views in eight weeks.

WildAid CEO Peter Knights said this latest decision to remove pangolin scales, “coupled with last week’s move to upgrade pangolins to class 1 protection in China, is probably the greatest single measure that could have been taken to save pangolins. It closes the biggest loophole … We can now focus on making any type of pangolin consumption socially unacceptable around the world to protect the animals, our own health and our economies.”

US research group C4ADS, a Washington DC-based think tank that monitors illicit wildlife, drug and corruption networks, found that transit routes for pangolins followed that of ivory and rhino horn.

Watershed for pangolins as China wipes scales off medicine list