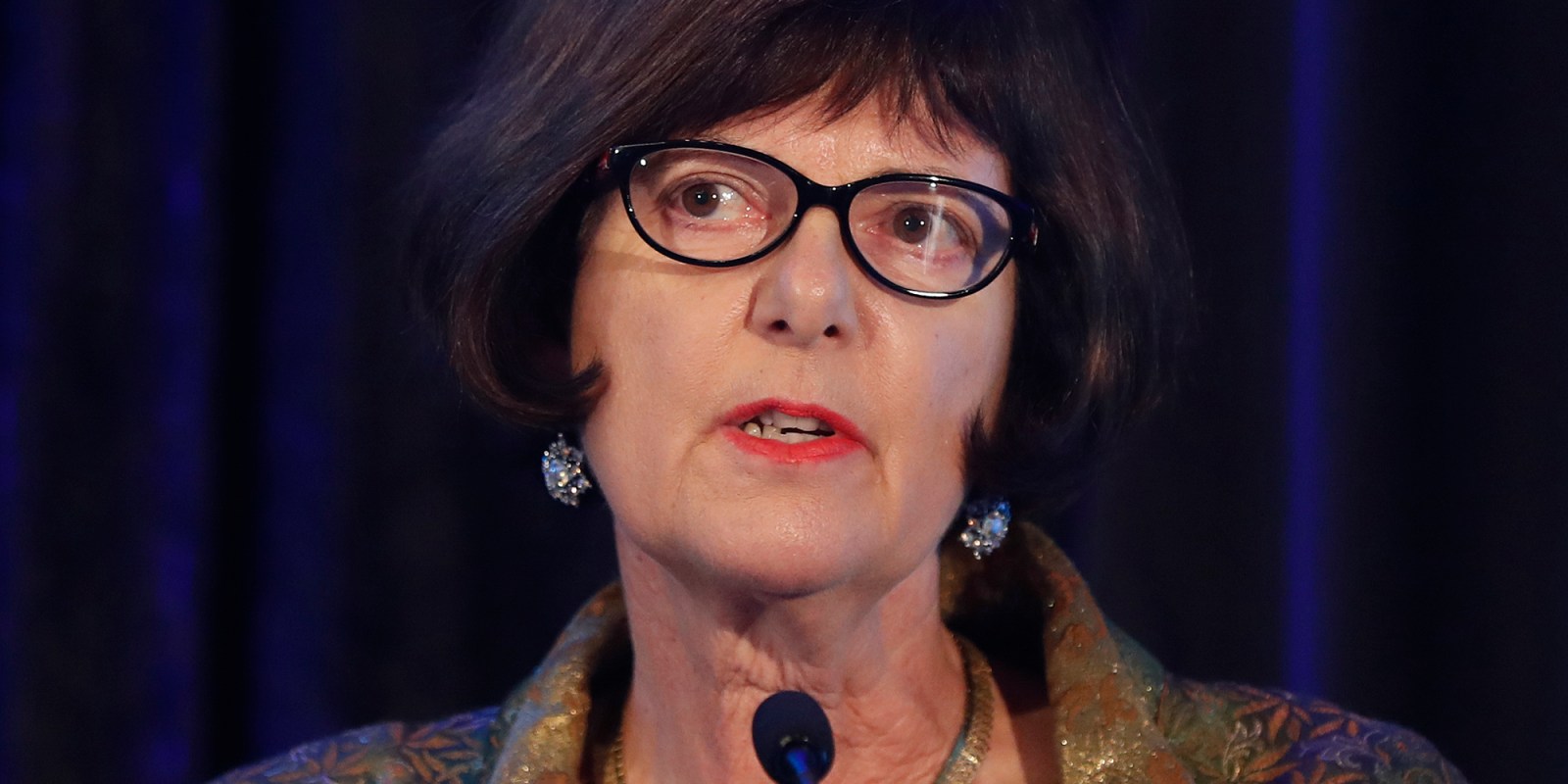 The government has revoked a controversial ‘emergency’ exemption permit issued to a Turkish power company involved in the supply of electricity from floating power ships. This follows a recent exposé in Daily Maverick and subsequent written representations to Barbara Creecy, the Minister of Environmental Affairs, Forestry and Fisheries.

Two weeks after Daily Maverick exposed the apparent abuse of an emergency procedure in South Africa’s environmental laws under the guise of the Covid crisis, the Department of Environmental Affairs, Forestry and Fisheries (DEFF) has confirmed that it has torn up a controversial authorisation granted to the Turkish-based Karpowership group, which was angling to sail up to five of its floating gas-burning power ships into local harbours to provide “emergency” power.

Now the department is under pressure to launch a full disciplinary inquiry into the affair and to hold officials accountable to prevent any recurrence of the abuse.

The matter came to light after Richards Bay Clean Air Association director Sandy Camminga stumbled upon information that the Turkish company had been exempted from complying with mandatory environmental impact assessment (EIA) procedures and she was unable to access further information on how this happened.

On Monday afternoon, after failing to respond to written queries from Daily Maverick for more than a fortnight, DEFF spokesman Albi Modise confirmed that his department had revoked relevant permissions issued to Karpowership in terms of Section 30A of the National Environment Management Act.

This section allows the department to exempt developers from complying with standard EIA procedures in the event of an emergency situation, such as an explosion or a major spill of toxic chemicals into a river.

It is understood that Creecy came under pressure to intervene after several concerned groups, including the environmental watchdog group groundWork, wrote to her and asked her to use her powers to revoke the permission to avoid a situation in which other developers might also exploit the emerging legal loophole.

In response to questions, Modise said that when Karpowership submitted its request for Section 30A exemption it indicated that the country’s power supply was under threat “because of the increased pressure on the healthcare system as a result of the Covid-19 outbreak”.

“The motivation for the request was to ensure an uninterrupted supply of energy to the healthcare sector, something which Eskom was unable to guarantee.”

The department issued verbal authority to Karpowership on June 26, and confirmed the Section 30A exemption in writing on July 6.

“It has subsequently emerged that the company had applied for the verbal directive in advance, in preparation for the possible implementation of the government’s integrated resources plan and in the event that the company would be selected as an emergency power producer. However, this information was not disclosed to the department when the company motivated for the verbal directive to be issued for the Section 30A activities, which are, in essence, an emergency provision.

“In light of the fact that it has now emerged that there was in fact no emergency situation,” the department has withdrawn the authorisation. The company had since accepted the notice and indicated that it did not intend to challenge the department’s decision.

But Karpowership spokesman Paddy O’Driscoll declined to respond to questions on whether his company had attempted to mislead the department in order to secure an exemption.

“Karpowership South Africa has participated in all government procurement processes to date in an open and transparent manner and we remain committed to continue doing so.

“At this time 17h18 (time in Dubai) Monday 24th August 2020 as I respond to your email, Karpowership has not received any formal notification from our EIA Practitioner about the issuance of the Section 30A directive being revoked. We are therefore not in a position to answer any of the other points in relation to this matter.”

However, Durban environmental law expert Jeremy Ridl said that the revocation of the permit should not be the end of the affair.

“There is no question that this was an abuse of the law which opens up a precedent for other developers to abuse,” said Ridl, a former professor of environmental law at the University of KwaZulu-Natal.

Ridl said he appreciated that there were genuine emergencies where it might be necessary for EIA and Basic Assessment procedures to be waived or abbreviated – but the Karpowership affair was not one of these.

“Matters should not be left here. The official concerned [who granted authorisation] must have been grossly negligent or grossly incompetent or has acted in bad faith or with corrupt motives and must face a disciplinary enquiry and its outcome must be made public.”

According to Karpowership, the exemption was granted by senior DEFF official Sonnyboy Bapela. Daily Maverick has invited Bapela to comment on the matter but he has not responded.

Department spokesman Modise was also asked what further action was being contemplated by the department, beyond the revocation of the permit, but he had not responded to these queries by Monday night.

This implied that there had to be a degree of urgency to forgo the usual EIA requirements because time was of the essence and the emergency required an immediate response.

“What is concerning is that this project may have been allowed to proceed unchecked, had it not been for the vigilance of civil society and the media. This a dangerous precedent, and the question is whether the Section 30A mechanism has been used to allow other projects to proceed.

“We are surprised to find the Department of Environment has let this project slip through the back door… The Covid-19 pandemic can’t be used as a justification to avoid an environmental impact assessment and public participation, particularly for projects with far-reaching public impacts.”

Fellow CER attorney Tim Lloyd said: “This appears to be yet another example of an attempt to circumvent statutory and democratic processes.  Government authorities must be alive to such attempts, quash them immediately, and ensure that there is no recurrence.”

Durban environmental justice watchdog David Hallowes remarked: “You wonder if this was something that got away from the department, or whether someone thought they could get away with it.”

“While we do need electricity capacity in South Africa, a Section 30A directive is not an appropriate legal process in this instance as it can only be relied on in order to prevent the effects of an emergency situation, which is not the case with this gas project.

“We submit that this directive is an abuse of process… to bypass the consultation, impact assessment and authorization processes.

“The pandemic and State of Disaster should not be used to fast track fossil fuel development while excluding and restricting people’s ability to participate and forego the legislated and much-needed impact assessment process.

“It is unlawful, and an abuse of process, as this is clearly not what section 30A was intended for, and it is violating people’s constitutional rights and their role in maintaining a healthy and vibrant democracy.” DM