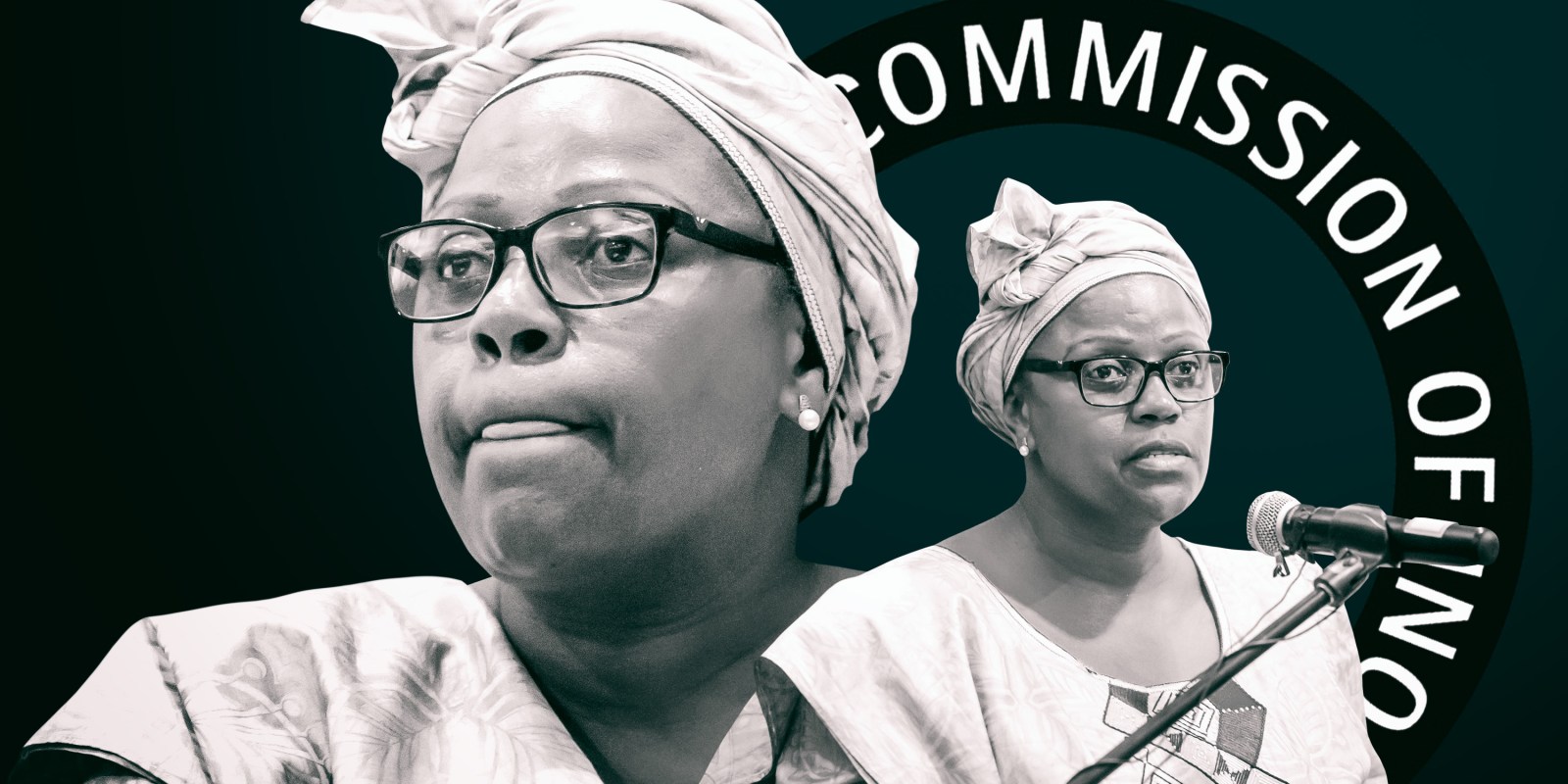 If Dudu Myeni fails to appear in the dock on 14 June, an as yet unexecuted arrest warrant will be activated, the Johannesburg Magistrate's Court has declared.

Former SAA chairperson Dudu Myeni was a no-show at the Johannesburg Magistrate’s Court on Wednesday morning, where she stands accused of outing a protected witness during her testimony at the Zondo Commission in November 2020.

Her absence was due to concerns about her health,  her lawyer told the court.

An arrest warrant has now been issued for Myeni but not yet activated. This will change if she fails to appear on 14 June 2022, the court warned.

Myeni faces a charge of obstructing the administration of justice, in connection with her testimony at the State Capture Commission of Inquiry in November 2020 where she revealed the identity of a protected witness – known as Mr X –  despite a strict order from commission chairperson Raymond Zondo that the name be withheld.

She made a brief appearance in the dock in March where she lodged representations to the office of the Director of Public Prosecutions in Gauteng in a bid to wriggle out of the charges. The case was postponed to Wednesday.

It emerged in court on Wednesday that those representations had been unsuccessful.

Myeni’s lawyer  Nqabayethu Buthelezi, told the court that his client was in the building, but could not enter the courtroom as there were concerns about her health.  He did not elaborate.

This is not the first time Myeni has missed a summons.

In May 2021, she missed an in-person appearance before the Zondo Commission despite a summons. With lawyers for the commission complaining that repeated efforts had been made to reach Myeni, Judge Zondo ordered a criminal complaint to be laid against the delinquent director.

After being investigated for prosecution over her role in State Capture at SAA, where she was a director and later chairperson, Myeni has emerged as a critical participant in State Capture. The findings are:

Meanwhile, Myeni is still trying to challenge the declaration that she is a delinquent director for life. However, her appeals have been rejected by three judges who upheld the argument put forward by counsel for the Organisation Undoing Tax Abuse (Outa) and the SAA Pilots’ Association (Saapa).

Outa and Saapa filed the original application in 2017 to declare Myeni a delinquent director due to her disastrous reign as SAA chairperson.

In May 2020, the high court declared Myeni a delinquent director and banned her for life from holding any directorship position. She was further ordered to abandon all her directorships, including her roles as SAA chairperson, executive chairperson of the Jacob Zuma Foundation and deputy chairperson of Free State electricity distribution company Centlec.  In April last year the SCA dismissed one of her two appeals against the delinquent-for-life ruling. DM