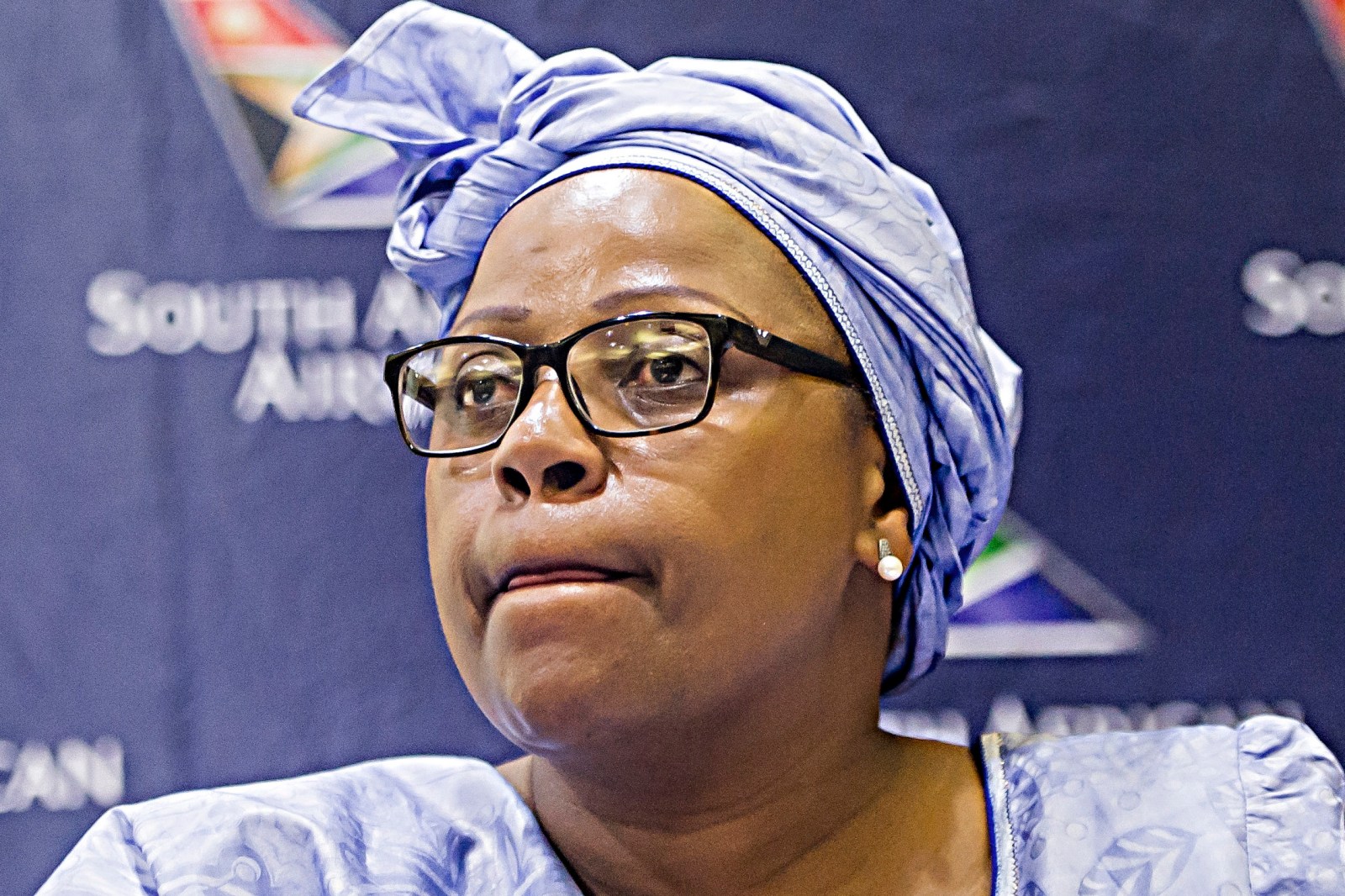 Supreme Court of Appeal dismisses one of the delinquent director for life Dudu Myeni’s two appeals.

The Supreme Court of Appeal (SCA) has dismissed one of the two appeals that former SAA chairperson Dudu Myeni filed with the court relating to her fight against the delinquent director for life ruling made against her.

Myeni opened two battlefronts at the SCA to end the delinquent director for life ruling against her and halt an enforcement order.

In early February, Myeni lodged her first SCA appeal against the delinquent director for life ruling issued by Judge Ronel Tolmay on 27 May last year.

In the ruling issued in May last year, Tolmay found Myeni to be dishonest, that she had grossly abused her power, was grossly negligent, reckless, and that her actions had inflicted substantial harm on SAA.

The SCA chief registrar wrote in a ruling dated last Friday that the court had dismissed Myeni’s appeal application.

“The application for leave to appeal is dismissed with costs on the grounds that there is no reasonable prospect of success in an appeal and there is no other compelling reason why an appeal should be heard,” the registrar wrote.

Then, on 15 March this year, Myeni submitted a second notice of leave to the SCA to appeal against a ruling handed down by a full Bench of the North Gauteng High Court in February that dismissed her appeal against the enforcement order issued by Tolmay on 22 December last year.

The SCA has yet to hear this second appeal about the enforcement order or issue a ruling about it. If she loses her second SCA appeal, she is likely to appeal to the Constitutional Court.

The Organisation Undoing Tax Abuse (Outa) and the SAA Pilots’ Association (Saapa) filed the enforcement order against which she is appealing. That order requires her to forsake her remaining directorships, including the Jacob G Zuma Foundation chair. Outa and Saapa first filed the case to declare Myeni a delinquent director for life in 2017.

Myeni claims the three judges are in error

Myeni, in her second SCA appeal, wrote that three North Gauteng judges in their ruling in February that struck her case off the roll related to the enforcement order did not deal with the appeal’s merits. She also argued that there were reasonable prospects that another court would come to a different conclusion about the enforcement order. Myeni said that there should be nothing to impede her from appealing the decision.

She said the three Gauteng North judges had erred, and they had committed a “fundamental interpretational error”, which had a “material bearing on their incorrect decision”. The merits of the automatic appeal ought to have been entertained by the court, she added.

Based on the legal grounds of appeal, there was a “reasonable prospect” that another court would come to a different conclusion, Myeni said.

“The issues raised are of huge general public importance and are likely to arise in many cases in the future. It is in the interests of justice that special leave to appeal is granted,” she added.

The issues in the appeal dealing with the Companies Act regarding delinquent directors were of special public importance, Myeni wrote.

South African courts were faced every day with applications for leave to appeal, she said. So it was “exceptionally desirable” that the SCA provide clarity about the “relatively new area of law” created by the enforcement order against her.

“This matter provides the rare opportunity to deal with the issues comprehensively and conclusively by [the SCA] and possibly the Constitutional Court. It will serve the public interest to do so,” Myeni added.

“This matter has gained a high national profile, mainly because it involves one of the largest and most important public companies, the national airline and its first-ever black woman board chair, who is in jeopardy of an unprecedented lifetime ban from ever holding a directorship if the main judgment… is not successfully appealed against,” she said.

“Given my current age, this sanction is disturbingly inappropriate, even in the unlikely event of the declaration of delinquency being upheld by this court and/or the Constitutional Court,” Myeni wrote.

Outa and Saapa approached the North Gauteng High Court’s sheriff to have letters of demand issued to those three entities ordering them to remove Myeni as a director after Tolmay on 22 December sanctioned their application for an enforcement order.

However, the sheriff could not find the three entities’ representatives to issue them with the letters of demand, said Outa’s executive director of its accountability unit, Stefanie Fick.

(Not being able to locate Jacob G Zuma Foundation is intriguing, to say the least – Ed)

As a result, Outa and Saapa had hired a tracing agent to hunt down these three companies and their representatives so that the sheriff could deliver each entity with a letter of demand to remove Myeni as a director, she added. DM

This article was amended at 9.15 am on Tuesday, April 13. to remove a paragraph quoting another media report stating that Myeni had resigned from all her board memberships, according to a court submission by Myeni. Daily Maverick has no record of this from court documents.