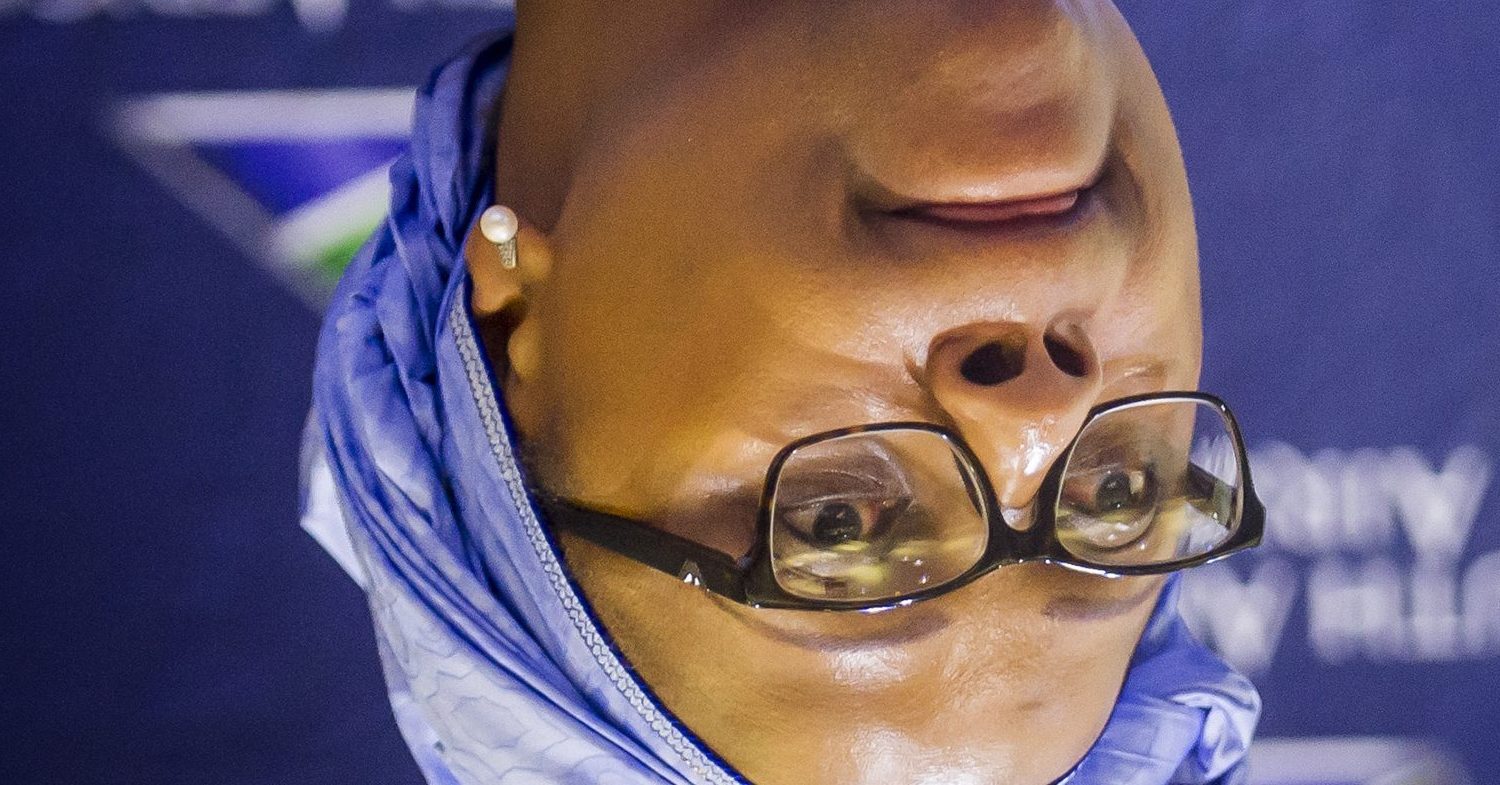 Dudu Myeni, the chairperson of the Jacob Zuma Foundation, facilitated corruption and influenced the former head of state to favour Bosasa, the Commission of Inquiry into State Capture has found.

Part Three of the commission’s report has established that late Bosasa boss Gavin Watson gave Myeni a Louis Vuitton bag containing a R300,000 bribe – she was over the moon, he told Angelo Agrizzi. Agrizzi spilt the beans on what Commission chairperson Judge Raymond Zondo says was “industrial-scale corruption” by the facilities management company, which won R2.3-billion in tenders between 2000 and 2016 and paid out R75-million to bribe politicians, government officials and corruption influencers like Myeni.

Myeni first dodged the Commission when summoned to appear before it and then chose to stay silent rather than incriminate herself, but Zondo has made damning findings against her nevetheless.

The Commission has corroborated or confirmed Agrizzi’s testimony that she received regular R300,000 payments ostensibly for the Foundation. The former Bosasa COO said he thought he was being funnelled as pocket cash to the head of state.

The money was paid in cash, never by bank deposit (EFT). Investigators found cash deposit slips with a signature that resembled hers, which confirmed massive payments into the Foundation’s account. The company also installed a security system at her Richards Bay home and sponsored many of the Foundation’s birthday parties for Zuma, to the value of R3.5-million. Her thank-you note to Bosasa was used as corroboration of this sponsorship.

Agrizzi told the Commission that he had witnessed three payments made to Myeni. Bosasa assisted her because she was critical, could swing deals and was powerful, he said.

Watson attended ‘numerous’ meetings set up by Myeni with Zuma at Nkandla. At one of these, he brought up a Hawks investigation that Bosasa was facing after numerous investigations into corruption by journalist Adriaan Basson. Zuma told Watson he would make “a call or two”, the Commission heard.

In September 2015, Agrizzi and Watson met Myeni at the Sheraton Hotel in Pretoria, where she had booked a suite. At the meeting, she said that she was arranging for the National Prosecuting Authority to drop the case against Bosasa. She pulled the Bosasa police docket out of her bag, and Agrizzi put it on the carpet to take photographs. Myeni was nervous, he testified.

Those photographs have cooked Myeni’s goose. In 2018, the late Frank Dutton, the Commission investigator, visited the Sheraton. He confirmed that she had stayed in the hotel, and in the intricate forensic work he was known for, he used the photographs to verify that they had been taken on the same carpet.  Agrizzi handed over his phone and the metadata tallied with the dates that Myeni had been booked in. The police and National Prosecuting Authority told the Commission that the docket photographed was missing from their records.

“The investigation and prosecution were, indeed, successfully brought to a halt,” the report has found. Zondo also said that Myeni had unprecedented influence over Zuma and facilitated meetings, including with an oil and gas company called Falcon Oil and Gas.

Falcon wanted Zuma to lean on his then Mineral Resources and Energy minister Ngoako Ramatlhodi to pass regulations to make it easier to frack in the Karoo. Previous evidence showed how Zuma eventually fired Ramatlhodi for not being malleable, but that was about the Gupta family’s mining ambitions.

The Commission found that Myeni had indirectly facilitated the irregular award of tenders to Bosasa by helping to stop the police investigation and that she was in breach of both the Constitution and anti-corruption legislation.

Myeni has emerged as a critical participant in state capture. Part 1 of the State Capture Commission report has found that she should be investigated further regarding prosecution for her role in state capture at SAA, where she was a director and later the chairperson. The Organisation Undoing Tax Abuse has successfully petitioned the court to declare Myeni, a delinquent director. DM