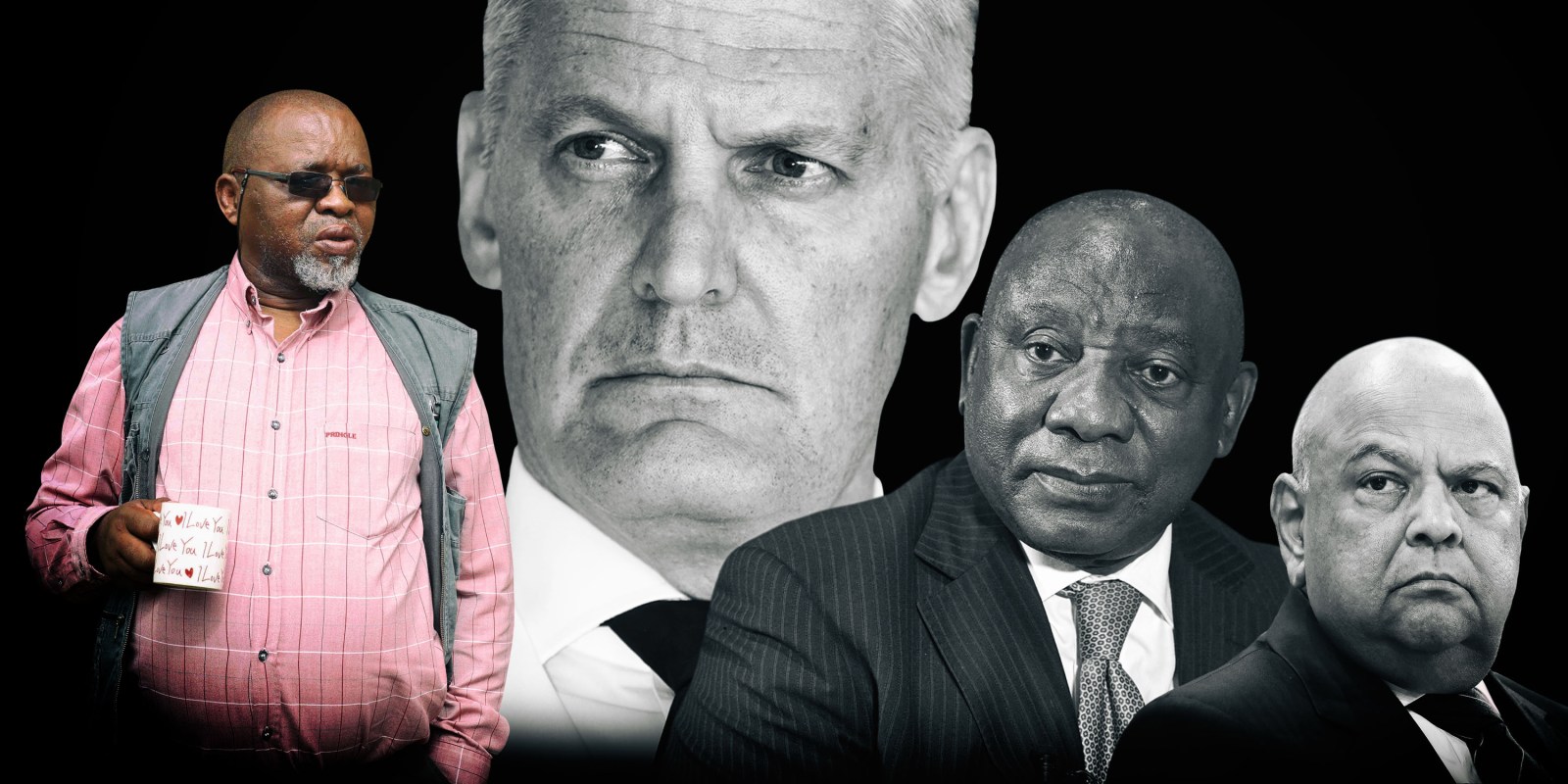 The lights may stay on undisrupted for a few days or even several weeks, but the reality is that rolling power outages are red-flagged all the way to April 2023 — and quite possibly longer.

Politicians, being politicians, may not want to acknowledge reality, preferring talk of challenges and plans and the making of prettily worded promises. But no one can say they didn’t know the lights won’t stay on consistently and sustainably, because that information is readily available.

Flagged solid red as the worst-case scenario, just about every week from now until April 2023 falls short of sufficient power supply. Just two weeks in May and two over the festive season have a more genteel amber risk level, according to the latest Eskom likely risk scenario in the three-month outlook on its website.

But on Easter Sunday, a total of 17,000MW fell off the grid because of breakdowns, triggering this week’s Stage 4 rolling power outages, which softened to Stage 2 by Thursday evening. Alongside the necessary maintenance of around 5,000MW, South Africa’s electricity grid this week ran short by between 19,000MW and 22,000MW.

It’s the thin end of the wedge.

Policy paralysis, politicking and ideological meandering alongside snail’s-pace governance come together in a toxic quagmire.

While Eskom does short-term crisis management in the wake of public outrage — it burnt diesel worth R626-million in April to keep the lights on, it emerged on Thursday — the required fundamental change to ensure electricity supply sustainability is dragging along.

“Eskom does not make policy. Eskom implements policy, so we are not in a position to direct this policy,” said Eskom CEO André de Ruyter in the power utility’s briefing on Tuesday, and again on Thursday.

Having presented detailed information and modelling, it was up to the “policy departments” to take the required policy decisions.

De Ruyter is on public record as saying that between 4,000MW to 6,000MW of new energy is urgently needed. On Tuesday, he did not mince his words on Eskom’s “ageing [coal power stations] fleet that has had a very hard life and that requires very extensive and very expensive maintenance”.

Amending renewable energy contracts to facilitate sending power into the grid could add between 400MW and 700MW almost immediately. Other steps include easing the regulatory burden to register power projects, municipalities paying off their R47-billion debt to Eskom — R7.2-billion was accumulated in the past year — and getting Public Finance Management Act exemption to buy spare parts faster.

This week’s Stage 4 rotational power outages, according to De Ruyter, are a call to action.

But that’s just where it gets tense.

New power generation is the responsibility of the Department of Mineral Resources and Energy, whose minister, Gwede Mantashe, critics say, is pro-coal. That’s not only because of his former leadership of the National Union of Mineworkers (NUM) — still an important constituency in his political life — but also controversies sparked by his supporting mining in the face of the Xolobeni community’s opposition and his support for Shell’s seismic survey along the Eastern Cape coast that was eventually interdicted.

And if — and when — necessary, President Cyril Ramaphosa steps in, as he did in June 2021 to announce raising the licensing threshold for self-generation power to 100MW, with an option to sell into the grid.

However, while this new threshold would allow a mine, factory, shopping centre or even residential estate to generate their own electricity, perhaps even with a social responsibility spin-off of power to nearby communities, it does not have an impact on the broader public good.

The required governance focus on ensuring a stable electricity supply for a sustainable economic recovery and public benefit has been, if not lacking, then fudgy.

Take the roadmap to Eskom’s unbundling. It remains a work in progress since Gordhan released it in October 2019, some eight months after Ramaphosa announced the unbundling in his State of the Nation Address, and the then finance minister Tito Mboweni provided details of the power utility’s financing for the next decade.

By 2021, separate legal entities for transmission were supposed to be in place, but that deadline soon changed. By June 2020, it was clear the transmission separation would only happen in December 2021 — it did — but it’s not quite clear if the generation and distribution entities that were meant to be in place by December 2022 will be.

And while Gordhan, in October 2019, said legal advice showed the unbundling would be possible without new laws, in February 2022 it emerged that Mantashe had disagreed and he released the Electricity Regulation Amendment Bill.

The process of consolidating public comment and getting the Cabinet’s approval to table a draft law in Parliament can take months, even more than a year. Parliament on a good wicket takes on average about two years to pass a law.

Meanwhile, provisioning for renewable energy has picked up pace. Bid Window 5 for 2,600MW should be finalised in April, according to the department, while Bid Window 6 has opened to independent power producers.

Meanwhile, it remains unclear what the next step is on the emergency procurement under the Risk Mitigation Independent Power Producer Procurement Programme after the courts dismissed challenges against Karpowership in January. A partial appeal was allowed by 1 April, but that would not prevent the implementation of other emergency power projects, according to Bloomberg.

But it’s hydrogen that seems to be the latest It-thing in Cabinet. While Higher Education, Science and Technology Minister Blade Nzimande, in February, released the Hydrogen Society Roadmap, it’s been Trade, Industry and Competition Minister Ebrahim Patel who’s done much of the talking on this. In January, Minister in the Presidency Mondli Gungubele travelled to Port Nolloth, Northern Cape, as part of a stakeholder engagement.

If South Africa wants to provide 500,000 tonnes of hydrogen by 2030, it requires some catching up to Namibia where construction is under way for facilities to produce 300,000 tonnes by 2026 following a $9.4-billion investment, and supply contracts have been signed.

As with Eskom, a phalanx of ministers is responsible. Between diary clashes and other responsibilities, this collectivism contributes to policy and governance paralysis. No one is actually responsible for ensuring implementation — just talk.

Hydrogen aside, that increasing renewables is central to South Africa’s energy supply may be apparent not only from Eskom’s side, but also internationally.

The European Union, from January 2023, will phase in what’s dubbed carbon border tax, officially the Carbon Border Adjustment Mechanism. If not compliant with EU carbon standards, a tax is levied initially on steel, iron, aluminium, electricity and fertilisers, and from January 2026 on everything, which some forecast could lead to product price increases of between 15% to 30%.

This carbon border tax will affect South African exports made with coal-fired energy. And this should focus minds and action on the just transition from coal to renewables that envisages retraining and reskilling workers to ensure their livelihoods and that of communities in a low-carbon future.

The closure of the Komati Power Station is Eskom’s pilot project, with some partnerships in place and work being done.

But untapped remains $8.5-billion, or around R132-billion, made available to South Africa at the Glasgow COP26 in November 2021 by the UK, US, Germany, France and the EU.

Amid ideological frothing on how such money would undermine South Africa’s sovereignty, Ramaphosa in February 2022 appointed Daniel Mminele to head the Presidential Climate Finance Task Team that would also “mobilise finance for a just transition in the electricity, electric vehicles and green hydrogen sectors,” according to a statement by the Presidency.

Daily Maverick understands at least one meeting happened with representatives of some of the potential donor countries. Bloomberg, in February 2022, reported ongoing uncertainty over the COP26 funding pledge.

It remains unclear what, if anything, has happened since.

Nothing is ever straightforward when politics, politicking and paralysis in policy and governance collide.

The reality right now is that scheduled rolling power cuts will continue until April 2023. Deflection with pretty words when focused action is required would be another disservice to South Africa by those in power. DM