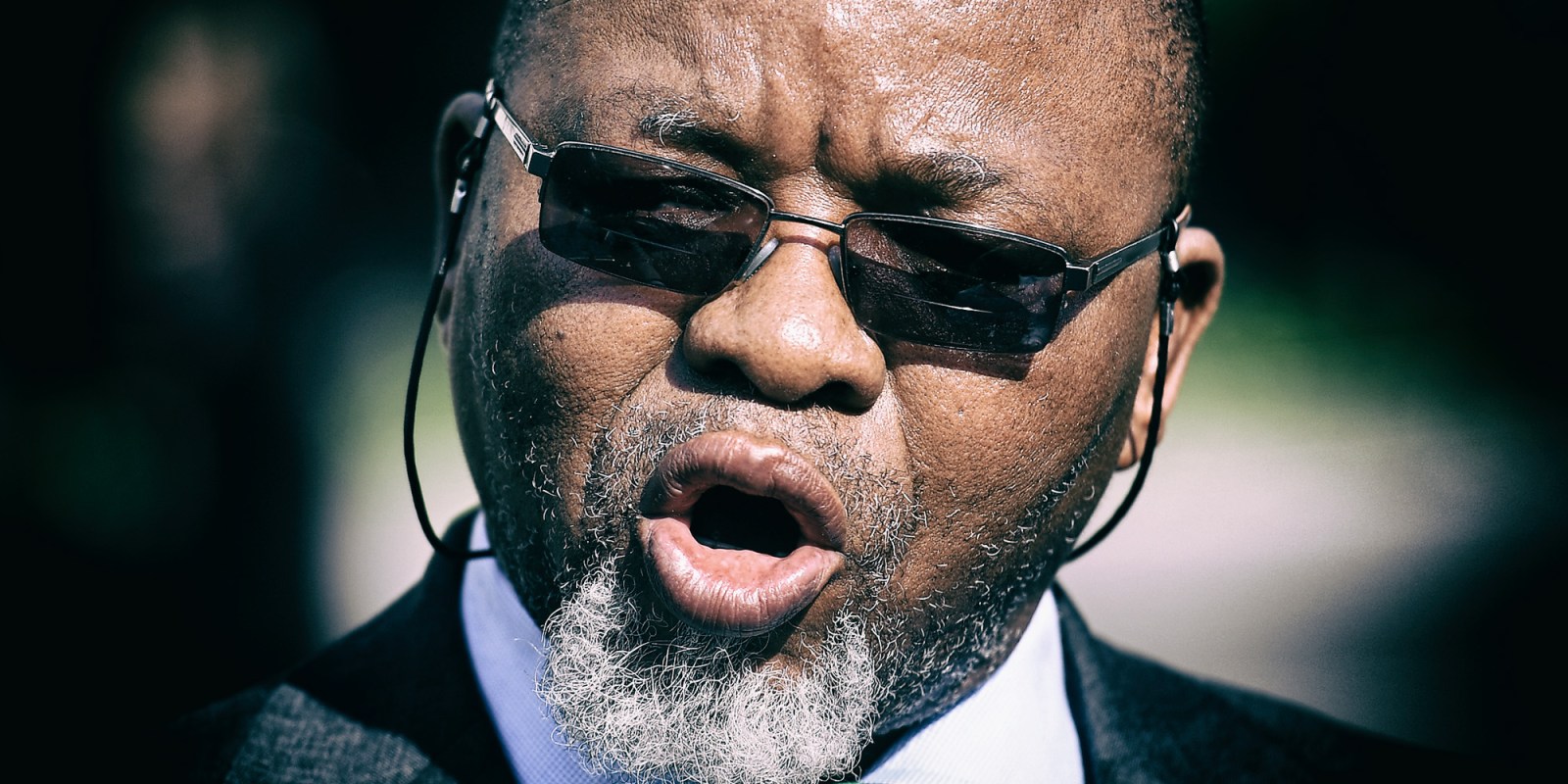 ANC chairperson Gwede Mantashe, who is the country's Energy and Mineral Resources Minister, has defended the ruling party's R15-million donation it received from Batho Batho Trust, which has investments in Shell’s exploration business. He said it was a 'dividend' the party received from their long-term investment in the trust.

As Energy and Mineral Resources Minister Gwede Mantashe has come in for harsh criticism from energy experts and environmental activists who have accused him of favouring the fossil fuel industry and failing to recognise the need to create a sustainable energy future.

The fact that the ANC profits from international oil giant Shell’s exploration effort appears to cast light on Mantashe’s position.

In an interview on the sidelines of the national energy dialogue last Friday, Mantashe defended the donation from Batho Batho,  claiming the party had the “foresight” to invest in the Trust years ago.

“They [Batho Batho Trust] didn’t give a gift to the ANC, it pays dividends – because the ANC is an investor at Thebe [Investment Corporation],” said Mantashe to Daily Maverick.

The Batho Batho Trust owns the lion’s share of Thebe Investment Corporation, which among many other investments, has a 28% stake in Shell’s downstream business in South Africa.

He added, “The ANC must have access to finances so that it survives.”

The ANC disclosed the trust’s R15 million donation in the latest Disclosure Report from the Electoral Commission of South Africa (IEC) – a requirement under the Political Party Funding Act – during the third quarter of the 2021/22 financial year (between October and December 2021).

The IEC also stated that “on the upper end of the threshold, no donations may be made by a single donor above R15-million in a year”.

The ANC was the party with the largest donations in the third quarter, declaring a total of R22.8-million, followed by the DA at R12.5-million.

Questioned about the large donation, Mantashe responded, “When Oppenheimer’s daughter gave R15-million to the DA, nobody wrote a story about it.

“But when the ANC gets money, you all write articles, because the objective is not the money, it’s to actually accelerate the dying of the ANC.”

Why is this donation interesting?

During the period of this donation, the legal battle between Eastern Cape communities and Shell was raging over “undertaking seismic survey operations under Exploration Right 12/3/252” along the Wild Coast.

Finally, in late December 2021, the Makhanda High Court ruled in favour of Wild Coast communities in their application to interdict (stop) Shell’s seismic blasting along the Wild Coast, dismissing Shell and Mantashe’s appeal of the application.

Previously, Mantashe had stated that environmental activists and Wild Coast communities’ plights to stop seismic surveys are “oppressing” economic development in South Africa, as we should be allowed to capitalise on our natural resources.

“We consider the objections to these developments as apartheid and colonialism of a special type, masqueraded as a great interest for environmental protection,” Manashe said in early December 2021.

When asked about his views regarding the great potential renewable energy has to create jobs, discussed by a panellist during the energy dialogue, Mantashe told Daily Maverick: “I can’t answer a question on the basis of projection … I’m a social scientist. I know that the future is the future.  You can only extrapolate emerging trends into scenarios. So when they are scenarios, they are not facts.”

When questioned about the connection of ANC-affiliated Trust’s ties to Shell, Mantashe said: “Thebe [Investment Corporation] is an old company. It was formed in 1992 and ANC invested, because the ANC had foresight that the international funding was going to dry up, therefore they had to invest somewhere, and they invested in Thebe.”

Batho Batho Trust was established in 1992 by Nelson Mandela, Walter Sisulu and other ANC veterans.

Equally then, Daily Maverick asked if South Africa should not then have the foresight when it comes to energy policy – ie to commit to decommissioning away from coal, in an effort to reduce the severe environmental impact fossil fuels will have in future.

Mantashe explained that old coal power stations were being decommissioned, but that we still need to provide energy to our country, and coal has shown to provide energy in the past, as “coal generation has sustained us from 1923 to date”.

He added later, “The issue is now having a connected capacity of 45,000-megawatts, but having [the] ability only to operate at 30,000-megawatts is a disservice to the country.”

Many energy experts think these commitments are not enough.

According to the latest report from the Intergovernmental Panel on Climate Change (IPCC), released on Monday, South Africa has contributed more greenhouse gases than any other country in Africa.

As was pointed out in the national dialogue by Gray Maguire, Carbon Project Manager at the Climate Neutral Group South Africa, the country is  the fifth most carbon-intensive country in the world.

Acknowledging this, Mantashe said: “Yes … because we’re running a fleet of 16 coal-generated power stations. That is the reality that we have. And any plant that [we] have, must move from the known to the unknown. It is scientific that way. If we do it another way, [where] we only think about what we want to have [renewables] – we’re going to have serious missteps.” [sic]

This week Mantashe came under scrutiny in the third instalment of the Zondo report. Mantashe said he would challenge the report. DM/OBP