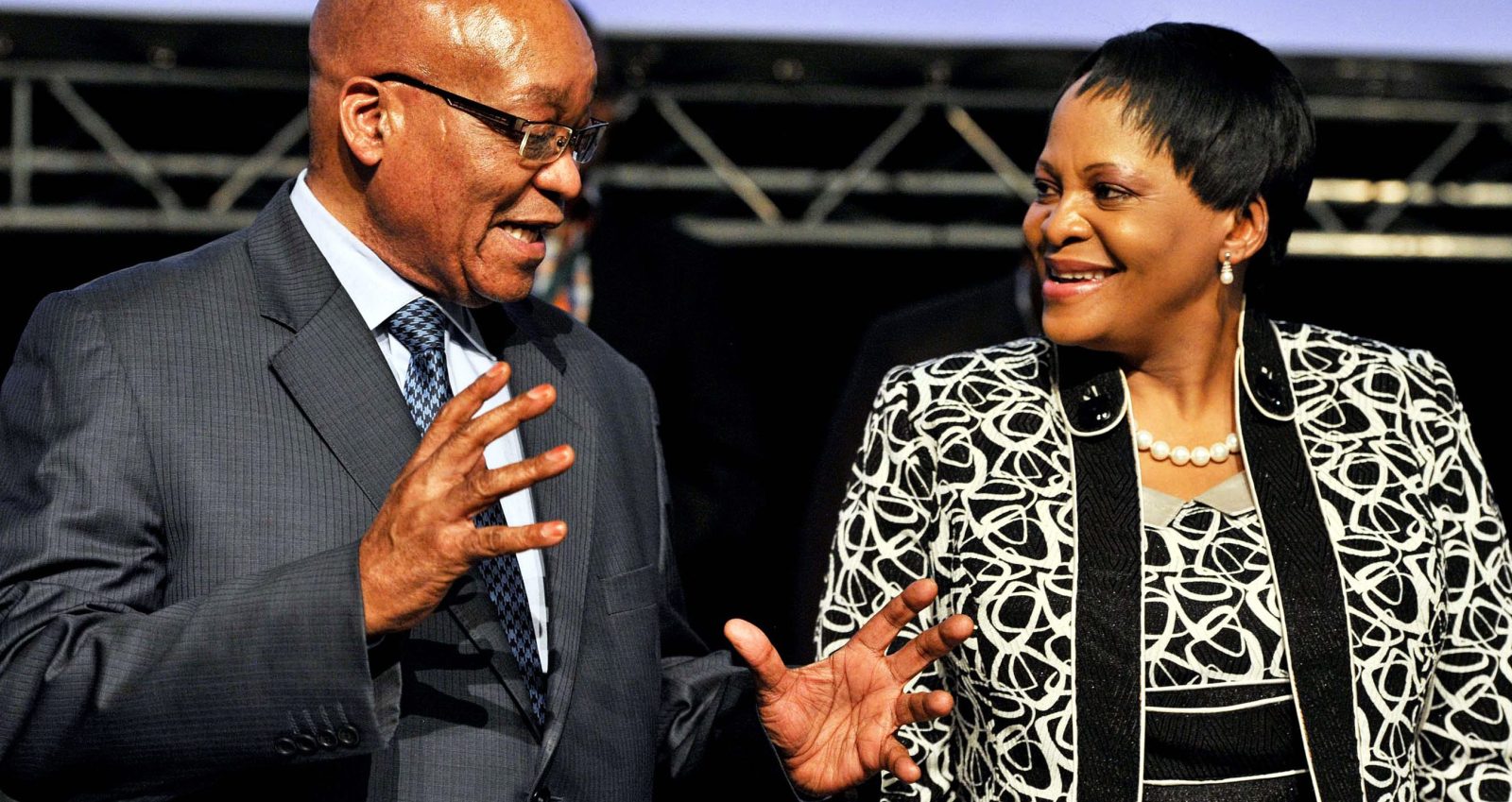 Evidence before the State Capture Inquiry shows that former president Jacob Zuma accepted unjustified gratification from a party that was benefitting from state contracts and hoped to benefit further, found acting Chief Justice Raymond Zondo in Part 3 of his report from the State Capture Inquiry, which focused exclusively on allegations of corruption against the late Gavin Watson’s company, Bosasa.

In his most significant findings against Zuma to date, Zondo said there was a reasonable prospect that the former president committed violations in terms of the Prevention and Combating of Corrupt Activities Act (Precca). He recommended law enforcement authorities take the matter further.

In his 942-page report, Zondo detailed how Bosasa was inherently corrupt and said there were prima facie corruption cases against Zuma, ANC chairperson Gwede Mantashe and former minister Nomvula Mokonyane, all of whom received benefits from the company that was awarded at least R2.37-billion in government contracts between 2000 and 2016.

“Mr Zuma is the most senior public office bearer that Bosasa is said to have attempted to influence,” said Zondo while explaining how the former president refused to provide his version of events and was ultimately jailed after defying a Constitutional Court order regarding his testimony.

“Even if the evidence of the R300,000 payments were to be ignored, there is clear and convincing, non-hearsay evidence, confirmed by Ms Myeni, that Mr Zuma received benefit of lavish spending by Bosasa on his birthday functions,” reads the report.

“Bosasa and its leadership clearly provided inducements and gain to Mr Zuma, aimed at gaining influence over him.”

There was no evidence directly linking Zuma to unlawfully awarding Bosasa government contracts, but Zondo said it was likely he played a role in Watson’s attempts to get confidential information from the SIU, Hawks and NPA on investigations into the company, which all came to nought during his presidency.

Agrizzi testified that all of Bosasa’s contracts were at some point linked to bribes. Watson had extensive connections with politicians and government officials and it was estimated Bosasa paid at least R75.7-million in bribes between 2000 and 2016.

The company would add 2.5% on to its contract prices to pay bribes while taking 35-40% gross profit. Agrizzi estimated that Bosasa was paying monthly kickbacks to at least 80 people.

“The evidence revealed that corruption was Bosasa’s way of doing business. It bribed politicians, government officials, President Jacob Zuma and others extensively. Bosasa and its directors and other officials simply had no shame in engaging in acts of corruption,” reads the introduction to Zondo’s report.

It outlined security upgrades the company paid for Mantashe’s houses in Elliot and Cala, Eastern Cape, and Boksburg, Gauteng, while Mantashe was ANC secretary-general.

Mantashe admitted he didn’t pay for the upgrades, but he disputed that they were linked to any potential wrongdoing. He claimed he was just a “secretary-general of an NGO called the ANC” with little influence over government decisions or state contracts.

“The provision of free security installations was manifestly part of the corrupt modus operandi of Bosasa and its directors,” said Zondo.

“[Bosasa] sought to be able, through Mr Mantashe and the inducements and gain provided to him, to influence the leadership of those departments and organs of state, a leadership drawn almost exclusively from the ranks of the ANC and falling within the categories of public office bearers.”

Zondo said there was no evidence of contracts being awarded due to Mantashe’s direct interference, but there were “reasonable grounds for suspecting that Mr Mantashe accepted or agreed to accept gratification” from a company that wanted business from the state and that further investigations had a reasonable prospect of making prima facie findings of corruption against the ANC’s national chairperson.

The report found the “balance of evidence overwhelmingly establishes that Bosasa, its directors and some of the employees […] were involved on an industrial scale in attempts to influence, through inducement or gain, members of the National Executive and office bearers and functionaries of, or employed by, state institutions and organs of state.”

“This includes attempts at such influence, by way of inducement or gain, through Mr Mantashe, as secretary-general of the ANC, and the ANC as an organisation itself.”

Mokonyane, a former minister and previous head of ANC election campaigns, was accused by Agrizzi of taking R50,000 a month from Bosasa. He also said the company paid for her lavish 40th birthday party and regularly provided food hampers and alcohol donations.

“Ms Mokonyane’s denial that Bosasa made payments of R50,000 to her monthly, or, at least on three occasions that Mr Aggrizzi said he had a personal knowledge of, is not credible and falls to be rejected as a lie,” found Zondo.

The company is also alleged to have made security upgrades to her home and paid for a hire car for Mokonyane’s daughter. Regarding the latter, Zondo said it was “one of the many forms of inducement and gain provided to Ms Mokonyane and her family in order to buy Ms Mokonyane’s influence”.

Bosasa established and paid for ANC “war rooms” ahead of the party’s 2012 Mangaung conference and in the lead-up to the 2014 national and provincial elections and the 2016 local government elections. The company provided venues, phone lines and internet access for party volunteers. Bosasa paid millions for the war rooms and the ANC benefited at no cost.

“President Ramaphosa acknowledged Bosasa’s assistance to the ANC and that vigilant members of the ANC could have been aware of the fact that Bosasa was helping the ANC through donations and benefits in circumstances where there was a concern regarding criminal elements of its conduct,” said Zondo.

The acting Chief Justice appeared to take Ramaphosa at his word when he said he had no knowledge of the allegedly corrupt benefit his party received from Bosasa.

Zondo mentioned, but did not focus, on Watson’s donation to Ramaphosa’s 2017 ANC election campaign, dubbed CR17. Zondo said Ramaphosa’s ANC fundraising campaign was the focus of a Public Protector report and ongoing litigation. He noted Ramaphosa’s son Andile’s business links to the company, but made no adverse findings against him.

While Ramaphosa got off lightly — Zondo cited the president’s hope that the Political Party Funding Act will avoid a Bosasa repeat — the ANC was repeatedly tied to Watson’s corrupt agenda.

Zondo detailed how ANC MP Cedric Frolick, who had connections to the Watson brothers dating back to the 1980s, apparently helped convince his fellow MP Vincent Smith to change his position on Bosasa while he was on Parliament’s correctional services committee. Smith has since been charged for receiving payments from the company. DM