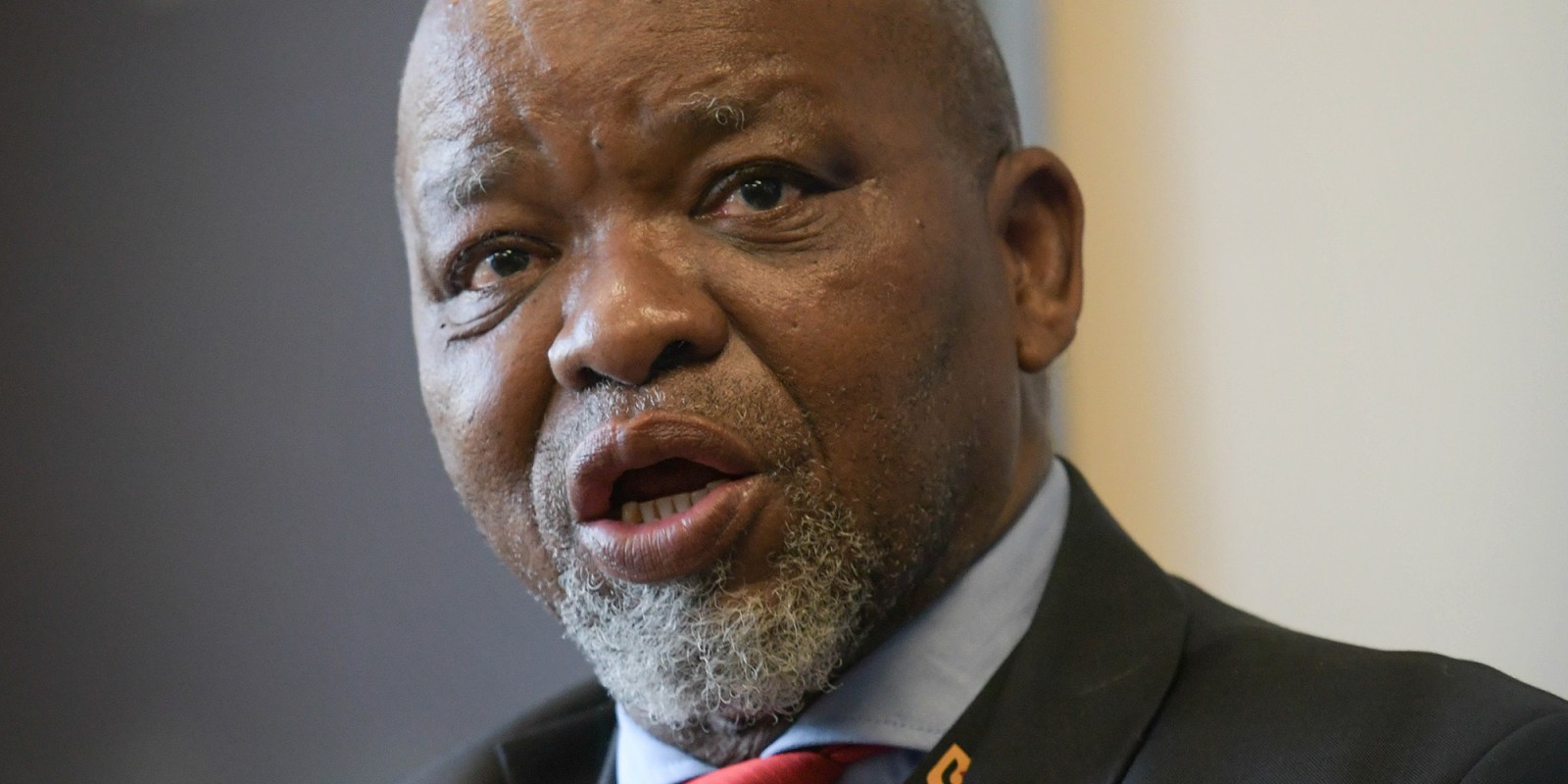 Mineral Resources and Energy Minister Gwede Mantashe has asked whether environmental activists are opposing oil and gas deals to protect the environment or to maintain Africa’s economic status quo.

Mineral Resources and Energy Minister Gwede Mantashe finally broke his silence about those who have protested against the Wild Coast seismic survey, lambasting environmental activists for “oppressing” economic development.

Mantashe was speaking on the failed court application to interdict Shell from blasting the Eastern Cape Wild Coast and called environmental activism “apartheid and colonialism of a special type” as it deters investors and stalls job creation opportunities.

“South Africa’s economic development is oppressed in the name of environmental protection when we have an environmental framework that ensures that licensing is done with the utmost environmental care founded on Section 24 of our Constitution.

“We, therefore, appeal to all objectors to acknowledge this and allow South Africa to exploit its natural resources for the benefit of its citizens,” Mantashe told the media in a press conference on Thursday.

Govindjee said the applicants failed to show how the survey would cause material long-term damage to marine life. The various environmental groups said they planned to submit such evidence, but were denied the opportunity.

“As these developments unfold, we have noted with interest the pushback, and objections from environmental lobby groups against the development of these resources,” said Mantashe, who has consistently opposed activists’ and communities’ efforts to influence the awarding of mineral and oil rights.

The minister continued: “I cannot help but ask myself, are these objections meant to ensure the status quo remains in Africa, in general, and South Africa, in particular? That is, the status quo with regards to energy poverty, high unemployment, high debt-to-GDP ratio at country level, and economies that are not growing and, in some cases, jobless economic growth.”

“We consider the objections to these developments as apartheid and colonialism of a special type, masqueraded as a great interest for environmental protection.”

Mantashe said South Africa deserved the opportunity to capitalise on its natural resources, including oil and gas, as these resources had been proven to be economic game-changers in other countries.

“Investors in the South African upstream petroleum space are assured of our commitment to work with them within the confines of the law to ensure that the exploitation of these resources is done in an environmentally friendly manner and benefits all South Africans,” said Mantashe.

He said seismic survey applications across the globe were not met with the resistance seen in South Africa’s upstream petroleum space and that in the past five years there had been at least 12 seismic surveys in the country, including a 3D survey by a company called PGS in 2018 in the same area of the Wild Coast.

Mantashe cited the long histories of oil and gas exploration in Norway, Saudi Arabia and Germany and said several countries on the African continent had announced their oil and gas finds which presented massive opportunities for economic growth, industrialisation and job creation.

Dr Phindile Masangane, CEO of the Petroleum Agency South Africa said an environmental management programme (EMPr) was actually approved on the back of an environmental impact assessment (EIA), meaning you could not hold an EMPr without an EIA.

“You cannot advise how you are going to mitigate the impact if you don’t know what the impact is. For you to develop an EMPr you do a full EIA underpinned by specialist studies. That is how Shell came to put up, proposed the mitigation measures which the government has accepted,” she said.

Masangane said it was a fallacy to think that no EIA had been done. The environmental groups have said that such an impact assessment had been done years earlier and was out of date.

Masangane continued, “The EMPr is not drawn from thin air. It is drawn from the EIA. The fact that the study was done in 2014 with the recommendations under NEMA, the environmental management framework for oil and gas was for a long time fully outlined in the EMPr.”

She said the Department of Mineral and Energy Resources issued special regulations, bringing it under the National Environmental Management Act (Nema), and a transitional framework was put in place to say that an audit had to then be undertaken to ensure that they were still compliant.

“It is this audit that was done in 2020. I’m happy to confirm that that audit actually assured us that the EIA and the mitigation measures proposed still had the efficiency that would still comply, even under the new regulations. I want to dispel the notion that the regulations and the provisions that were there under the MPRA were weaker than what we have under the Nema currently,” said Masangane.

She said 20 onshore explorations rights licences and 18 offshore licences had been issued.

Masangane said the impact of seismic surveys on marine life had been studied comprehensively across the world.

“In one of the recent publications by one of the leading research institutions in Australia, they were comparing their [seismic surveys’] potential impact even to the impact caused by large shipping vessels,” she said.

“You can see that they’re saying this impact is actually unmitigated from the shipping industry and they go on to say that when you have the mitigation measures that are used in the oil and gas industry, this impact is minimised.

She said as a regulator, they had not seen any scientific evidence indicating that such surveys would cause irreparable harm to marine life.

“Yes, the extent to reach this impact is a subject of debate, but what is not debatable is that when you have mitigation measures, this impact is minimised,” she said.

Deputy Director-General of the Department of Mineral Resources and Energy Ntokozo Ngcwabe said that as early as the last drilling exercise by Total last year, Shell’s preparations to apply for its production right were already at an advanced stage.

“They have confirmed with us that they are almost complete with the preparations, so we’re expecting that the application will be launched with the regulator soon,” she said. DM/OBP