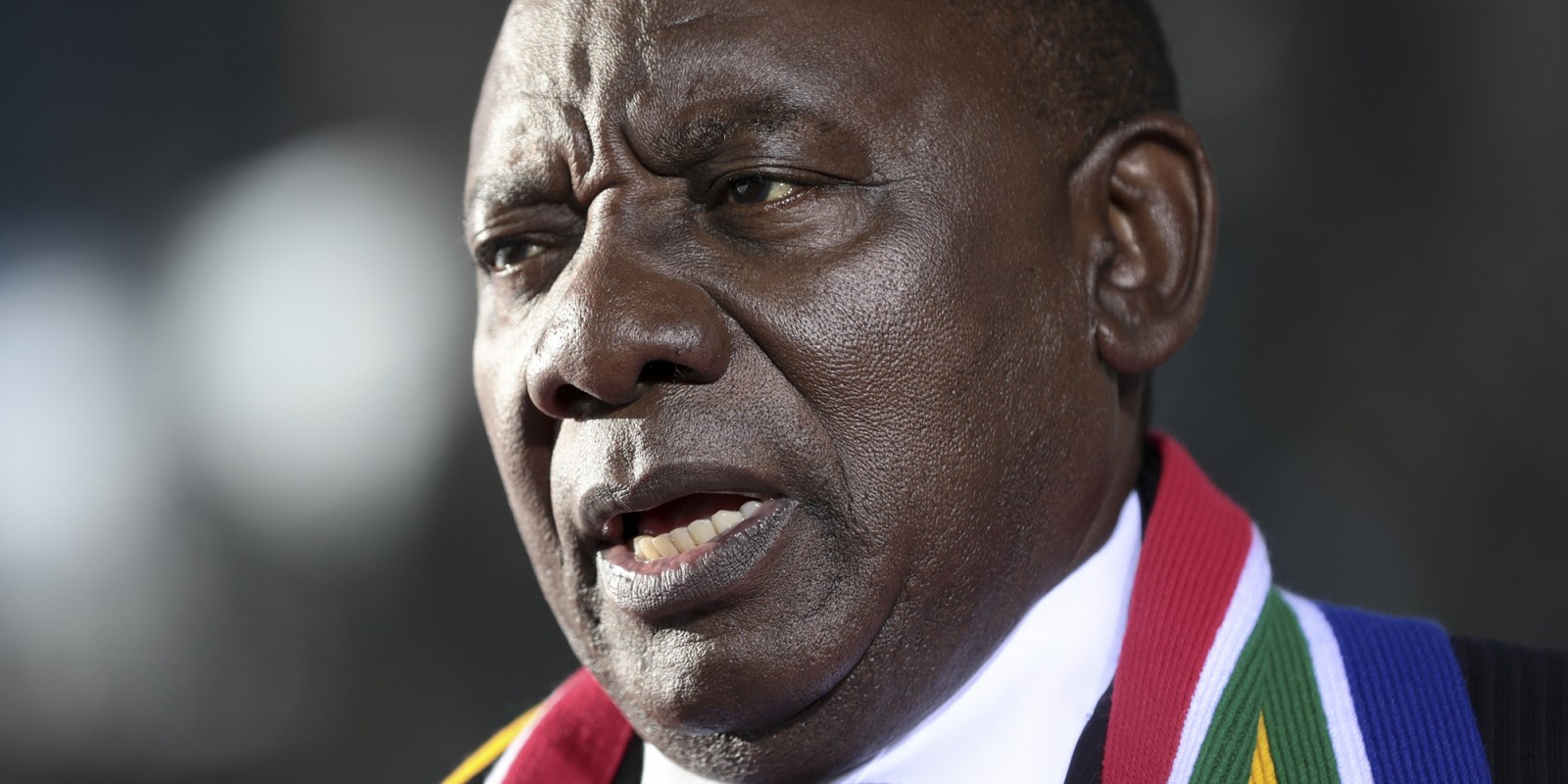 Hard on the heels of Stage 4 rolling power outages, President Cyril Ramaphosa on Thursday announced a 100MW cap for embedded generation. The surprise announcement of a hundredfold increase from the 1MW threshold was widely welcomed.

It’s a big announcement. On the policy front, it is a significant shift towards power generation outside state-owned Eskom that also comes with an option to send the surplus into the national grid. On the political front, it is a significant slapdown of the Department of Mineral Resources and Energy that dug in at a 10MW threshold, rather than the minimum 50MW business had wanted.

Within 60 days — hopefully sooner rather than later, according to President Cyril Ramaphosa — new regulations will be gazetted to exempt embedded generation projects up to 100MW from having to apply for licences from the National Energy Regulator of South Africa (Nersa).

“This will remove a significant obstacle to investment in embedded generation projects. It will enable companies to build their own energy facilities to cater to their own needs,” said Ramaphosa, talking about economic reconstruction and recovery.

Crucially, these embedded projects would be able to send — or “wheel”, in the technical jargon — surplus energy to the grid, subject to possible charges and connection agreements with Eskom and municipalities to ensure regulatory compliance and system stability.

That’s where Eskom’s unbundling becomes important — and the December 2021 deadline for legal separation of the transmission entity that would be in charge of the national grid.

Details remained scarce on Thursday. It would depend on companies and proposals of how much additional power would be generated, said Mineral Resources and Energy Minister Gwede Mantashe during the briefing. But it seems that 5,000MW embedded power is a consensus figure in government, business and energy analysts’ circles.

“There is no doubt that the prospect of a continued energy shortfall and further load shedding presents a massive risk to our economy,” said Ramaphosa.

“Our ability to address the energy crisis swiftly and comprehensively will determine the pace of our economic recovery. Resolving the energy supply shortfall and reducing the risk of load shedding is our single most important objective in reviving economic growth.”

The devil as always is in the details, in this case in a couple of throwaway lines in the presidential statement.

“Breaking bottlenecks” was one of those, “Operation Vulindlela” the other. Together they signal the Presidency is behind this.

Operation Vulindlela, the joint initiative between the Presidency and National Treasury, is fundamental to the structural reforms identified as central for South Africa’s economic reconstruction and recovery.

Additional energy generation, spectrum auction and critical skills have long been identified as urgent reforms at the National Economic Development and Labour Council and in the Economic Reconstruction and Recovery Plan Ramaphosa launched in mid-October 2020 in Parliament.

Ramaphosa can’t move on spectrum auction to free up broadband because of pending litigation, even though he’s called on parties to try to resolve the dispute.

Neither can Ramaphosa move on critical skills and visa reforms as these seem bogged down at Home Affairs, and various seemingly endless rounds of consultations.

But upping electricity generation has been part of Operation Vulindlela’s focus from the outset “to establish additional generation capacity as quickly as possible to reduce the risk of load shedding and enable economic growth”, as the unit’s info booklet puts it.

Ramaphosa’s announcement has now made this a reality. It will test Operation Vulindlela, and by implication the Presidency, both technically — additional power generation is somewhat more complicated than cutting water use permit applications to 90 days — and politically, even if Mantashe downplayed any pressure. “When the president twisted my arm… I ultimately agreed,” he said.

On Tuesday, Ramaphosa was clearly prepared for the political comeback. Eskom needed time for its maintenance programme, but bold action was needed, “not yesterday, but now” to ensure energy stability.

Whether such political pre-emption will work remains to be seen, but Cosatu seemed to give it a chance. In noting the announcement, the labour federation said it hoped the announcement would “spur investment in additional power generation”. Cosatu, however, was disappointed that no immediate measures were announced to address the present crisis of rolling power outages.

“The lack of reliable and affordable energy threatens millions of jobs in mining, manufacturing, agriculture and in fact in all sectors. Electricity tariff hikes far above inflation year after year rob workers of their already diminished wages.”

Eskom welcomed the lift of the embedded generation threshold to 100MW.

“Eskom has been lobbying the government for this limit to be increased. This has now happened, and will in time help reduce the pressure on Eskom and make more electricity available to the country,” said the power utility’s spokesperson, Sikonathi Mantshantsha.

“It is a great step Eskom welcomes. The reality, though, is that it will still take some time for those investments to start delivering.”

On Tuesday, Business Leadership South Africa (BLSA) had called for the implementation of the Economic Reconstruction and Recovery Plan’s key points — including energy security — after raising “concern” over the slow pace of overall economic recovery amid shrinking investment.

Intellidex analyst Peter Attard Montalto said the raising of the embedded power threshold was “a massive win” for Operation Vulindlela and more important than the issue itself.

“It is also a major overruling of Minister Mantashe by the president, given the energy crisis — again a bigger and more important point than just the threshold issue.”

Support for the move also came from political parties.

DA MP and mineral resources and energy spokesperson Kevin Mileham said the opposition party would hold both president and minister to the 60-day deadline for the amended schedule to allow increased embedded generation.

“These amendments must be actioned and implemented without delay as it has the potential to free up and encourage investment in the electricity generation sector and ease demand on the grid.”

The ANC also welcomed the announcement as it was in line with its energy security policy, according to the governing party’s spokesperson, Pule Mabe, speaking on SABC.

Outa, or Organisation Undoing Tax Abuse, said the president had “overruled” Mantashe, and described the presidential announcement as “a stronger commitment to reforming the energy sector”.

Hopefully, the Outa statement added, it would also be an “opportunity… to drive the manufacturing industry, which will help the economy get back on its feet”.

Eskom’s outlook indicates regular rolling outages until at least December, easing somewhat until March 2022. Over the past week, in addition to 1,273MW taken off the grid for planned maintenance, about 15,000MW had dropped out due to breakdowns, according to the power utility’s alerts.

On Wednesday Stage 4 load shedding was announced amid the planned maintenance plus 15,087MW breakdown losses “to ration the remaining energy generation reserves which have been depleted”, according to Eskom’s power alert.

Thursday’s presidential announcement, significantly upping embedded generation to 100MW and introducing the option to send unused power into the national grid, was dressed up in hope, progress and moving South Africa forward.

“Many funders are willing to come to the fore to fund the energy solutions,” said Ramaphosa. “We have a bright future ahead of us. We just need to manage ourselves out of this crisis.”

The pretty words strategically shield what’s at stake for the president, the Presidency, National Treasury — and Operation Vulindlela. It’s a high-stakes political gamble following an important governance shift to concentrate power in the Presidency and to unblock bottlenecks.

Ramaphosa on Thursday was upbeat: “We are giving oomph to the economy of our country.” DM