Ramaphosa appeals for end to spectrum auction litigation, assures Digital Vibes scandal will not be swept under the carpet 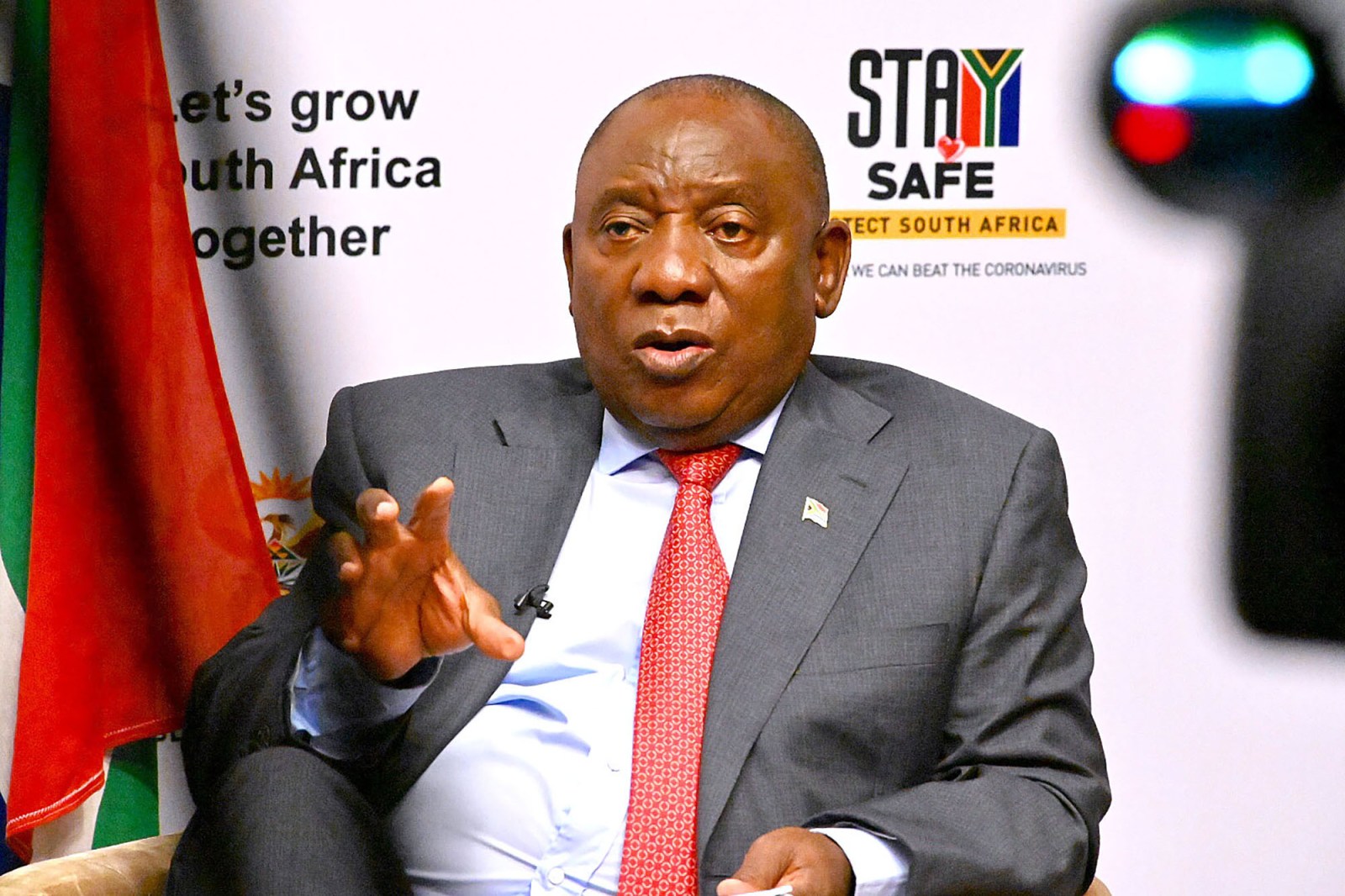 President Cyril Ramaphosa speaks to the media after his reply to the parliamentary debate on the 2021/22 Presidency Budget Vote. (Photo: Elmond Jiyane GCIS)

President Cyril Ramaphosa twice asked on Thursday for litigation over spectrum auction to be resolved, for the benefit of South Africa. The plea came three years after Ramaphosa prioritised spectrum release for digital access and economic potential in his first State of the Nation Address.

“I appeal to all stakeholders to speedily resolve the litigation as soon as possible to enable the licensing process to be concluded for the benefit of all South Africans,” was how President Cyril Ramaphosa put it in his reply to the parliamentary debate on the Presidency Budget Vote. “The legal case that is under way threatens to delay the progress that we have all anticipated.”

In a media briefing with the Parliamentary Press Gallery Association a little later, the president repeated this. “There’s a need for all of us to work together to put the needs of all South Africans ahead of singular corporate interests.”

MTN and Telkom, joined by e.tv, had by March 2021 interdicted the spectrum auction over the terms set by the regulator, the Independent Communications Authority of South Africa (Icasa). The regulator had hoped to conduct the auction that month, after the earlier December 2020 deadline had been missed.

The spectrum release has long been identified as one of the crucial structural reforms necessary to boost economic growth and investment. It’s featured in each of Ramaphosa’s State of the Nation Addresses since February 2018.

It is necessary for broadband rollout, including 5G, but also to free up frequency for the migration from analogue to digital, finally under way after South Africa missed the international June 2015 deadline.

In many ways, the spectrum saga reflects the government’s often cack-handedness of handling regulation and policy. And it underscores why the Presidency may find it vital to increasingly centralise power there through a range of structures, including the project management office or the joint effort with the National Treasury, Operation Vulindlela.

Throughout his Budget Vote opening speech and reply — as in the subsequent media briefing — Ramaphosa styled the Presidency as the centre for breaking regulatory and other bottlenecks and undoing butterfingered governance.

That did not mean ministers could sidestep accountability to Parliament on their portfolios, Ramaphosa told journalists at a post-Budget Vote media briefing.

“They can’t hide behind the shield of the Presidency.”

The Presidency focused on coordination, also at Cabinet level, to share ideas and plans for a better way of governance. It’s about government working better because the Presidency had line of sight across departments, said Ramaphosa.

At present, a review is assessing the effectiveness of changes and new structures. And while the new Presidency Director-General Phindile Baleni was introduced as the “director-general of the Republic”, Ramaphosa said about his executive, “there’s no plan to migrate to a smaller Cabinet at the moment”.

But definitely part of the plan is keeping control of the optics — and staying on message.

The question about what is to happen to Health Minister Zweli Mkhize over the tender corruption scandal he faces was asked in various ways — and answered in the same way.

The claims are being investigated, the process must unfold, the minister is cooperating fully. Ramaphosa repeated on Thursday, in both his Budget Vote reply and later media briefing, what he had initially said in Wednesday’s debate opening.

It’s a tricky one. Mkhize secured a high profile as health minister in a pandemic — in some circles, it’s speculated this was part of pursuing party presidential ambitions — but the corruption claims go straight to the heart of the Ramaphosa administration’s anti-corruption stance.

Corruption, nepotism and patronage in many parts of the state, and also the private sector, had been debilitating.

“While we are now aware of the billions that were stolen from state-owned enterprises, there is no form of corruption — no matter how seemingly insignificant — that does not damage society. Corruption is not a victimless crime.”

The billions of rand stolen from the government, alongside failures of governance from municipalities, state-owned entities (SOEs) and several government departments, must be acknowledged, according to Ramaphosa.

As must be the devastating impact of the Covid-19 pandemic.

“It has made South Africans poorer. It has made hunger more prevalent and it has affected the health and wellbeing of hundreds of thousands of people in our country.”

However, staying on message about the Presidency breaking governance bottlenecks to push structural reforms, Ramaphosa said efforts were beginning to pay off.

Listing a host of economic indicators, including improved commodity prices, the International Monetary Fund (IMF) upping the 2021 economic growth rate from 2.8% to 3.1% and agricultural exports heading for a second record year, Ramaphosa said it was everyone’s responsibility to nurture these “green shoots” in a return to the 2021 State of the Nation Address analogy of how fynbos blooms after fire.

Not quite the 2018 “Thuma Mina” appeal, but still a determined call for cooperation and joint effort. Or hope above cynicism.

“As this Presidency, we are determined and willing to join forces in the House and across society with those who want to see SA recover and grow.” DM