Ramaphosa talks governance restructuring — putting the Presidency at the centre of a capable, ethical, developmental state 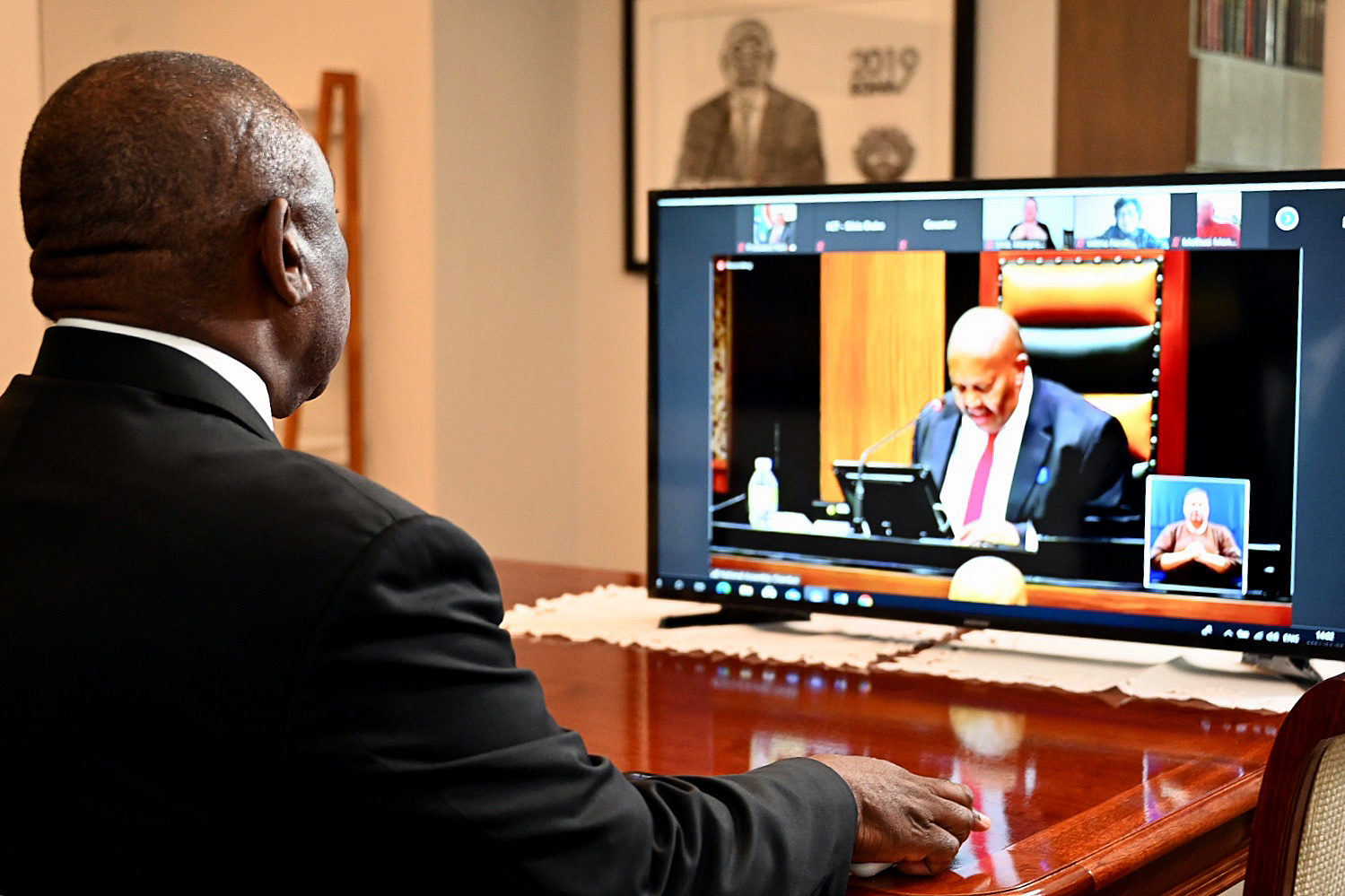 Any doubts over increasingly centralised power in the Presidency were dispelled when President Cyril Ramaphosa said the restructured Presidency was the ‘heartbeat’ of a capable developmental state.

President Cyril Ramaphosa’s opening of Wednesday’s parliamentary debate on the Presidency budget vote seemed more like Sona 2.0, or another take of February’s State of the Nation Address.

But, crucially, the hour-long speech provided confirmation of the restructuring, or realignment, of the Presidency into the centre of South Africa’s governance. This has not happened often since early 2018 when Ramaphosa pledged to “reconfigure” the government.

“It is critical that the structure and size of the state is optimally suited to meet the needs of the people and ensure the most efficient allocation of public resources. We will therefore initiate a process to review the configuration, number and size of national government departments,” said Ramaphosa on 16 February 2018, without providing a deadline.

On Wednesday, Ramaphosa said the Presidency had been realigned to “more effectively drive the transformation of our society and economy” and “strengthened to better equip” it to direct and coordinate government programmes.

Acting Minister in the Presidency Khumbudzo Ntshavheni announced that steps are under way to make the Presidency director-general head of the whole public administration service to “strengthen coordination at national level”.

The performance agreements of directors-general are being amended to also introduce “country outcome indicators”, not just departmental ones.

“The good performance of government must translate into positive and meaningful improvements of the lives of South Africans.”

Using the Presidency budget vote to slip in crucially important announcements on fundamental governance changes is a neat move.

It takes gumption to stand by Health Minister Zweli Mkhize, fingered in Covid-related tender corruption that also benefited family members, while touting not the fight against corruption, but the “defeat” of corruption, as a must f0r South Africa’s economic reconstruction and recovery.

“I’m dealing with this matter and there’s full cooperation from the minister,” said Ramaphosa, going off his prepared script. “Let the process unfold.”

That process includes an investigation by the Special Investigating Unit that earlier on Wednesday told Parliament’s public spending watchdog, the Standing Committee on Accounts, it would be finished with this probe by the end of June.

It takes political pluck to talk of job creation the day after Statistics South Africa showed joblessness had increased to 43.2% on the expanded definition that includes those who are too disheartened to try to look for work — and to 46.3% among young people aged 15 to 34.

That’s especially as the multibillion-rand Presidential Employment Stimulus has fallen short of the target it set itself in October 2020 of creating 800,000 job opportunities by March 2021. Officially, fewer than 700,000 such work opportunities have been created.

IFP President Emeritus Mangosuthu Buthelezi hit the nail on the head when he complained that Parliament is unable to scrutinise the Presidency budget. Despite years of opposition calls, the Presidency — unlike ministries — has no corresponding parliamentary oversight committee.

“We deserve a straight answer [as to] why this is the case. It is becoming increasingly urgent as there is increasing centralisation in the Presidency,” said Buthelezi.

Opposition parties traditionally use the Presidency budget vote debate to hone in on their gripes and to draw attention to matters.

For Freedom Front Plus leader Pieter Groenewald that was the proposal to drop self-defence as a reason to own a firearm, as it was for African Christian Democratic Party leader Kenneth Meshoe, whose speech was delivered by veteran MP Steve Swart because of connectivity issues.

For the DA it was plans over leadership, and excuses for the slow pace of Covid-19 vaccinations amid personal protective equipment and other pandemic-related corruption.

As DA MP Solly Malatsi put it, “If the president wanted us to believe he has the courage to tackle corruption, why hasn’t he taken action against Minister Mkhize? Like Jacob Zuma before him, President Ramaphosa either dilly-dallies or goes missing when he has to act against his strongest allies and friends.”

For EFF leader Julius Malema it was Ramaphosa “speaking like a tired fellow” and a long list of broken promises, including the “mismanaged” vaccine roll-out. But expropriation without compensation topped the list.

“We are at the tail-end of the constitutional amendment. Your MPs in the committee are zigzagging and cannot make explicit submissions,” said Malema in reference to parliamentary proceedings to amend Section 25 of the Constitution to make explicit the implicit compensationless expropriation.

The EFF has proposed state custodianship of land. During the ad hoc committee’s deliberations on Monday, it seemed to get support from the ANC, although the governing party’s interpretation — a “temporary” stage between expropriation and redistribution — was substantially different to that of the EFF.

It’s about politics. Without the EFF, the ANC does not have the necessary threshold in the House to pass a constitutional amendment to make compensationless expropriation an option in land reform, as its 2017 Nasrec conference resolved.

On Monday, the ad hoc committee amending Section 25 of the Constitution asked the House for 30 more days to complete its work as it also agreed to bilaterals to finalise deliberations.

On Wednesday, Malema upped the political ante. “We will not vote for a sell-out amendment that still talks of compensation.”

As is the norm, ANC speaker after ANC speaker supported the Presidency budget vote. All quite predictable, although Deputy President David “DD” Mabuza’s parliamentary counsellor, Hope Papo, put together an unusual string of political barbs against the opposition.

Some colleagues’ political engagement was characterised by “inflated egos, distortion of the history of our country to suit narrow interests, high school type bullying tactics, amateurish, populist and childish and irresponsible sloganeering and insults against individuals”.

But South Africans knew better and detested, according to Papo, such “rude, chaotic, rumour-mongering, cultist, undemocratic and dictatorial tendencies”.

Ramaphosa will respond to the debate on Thursday afternoon. DM