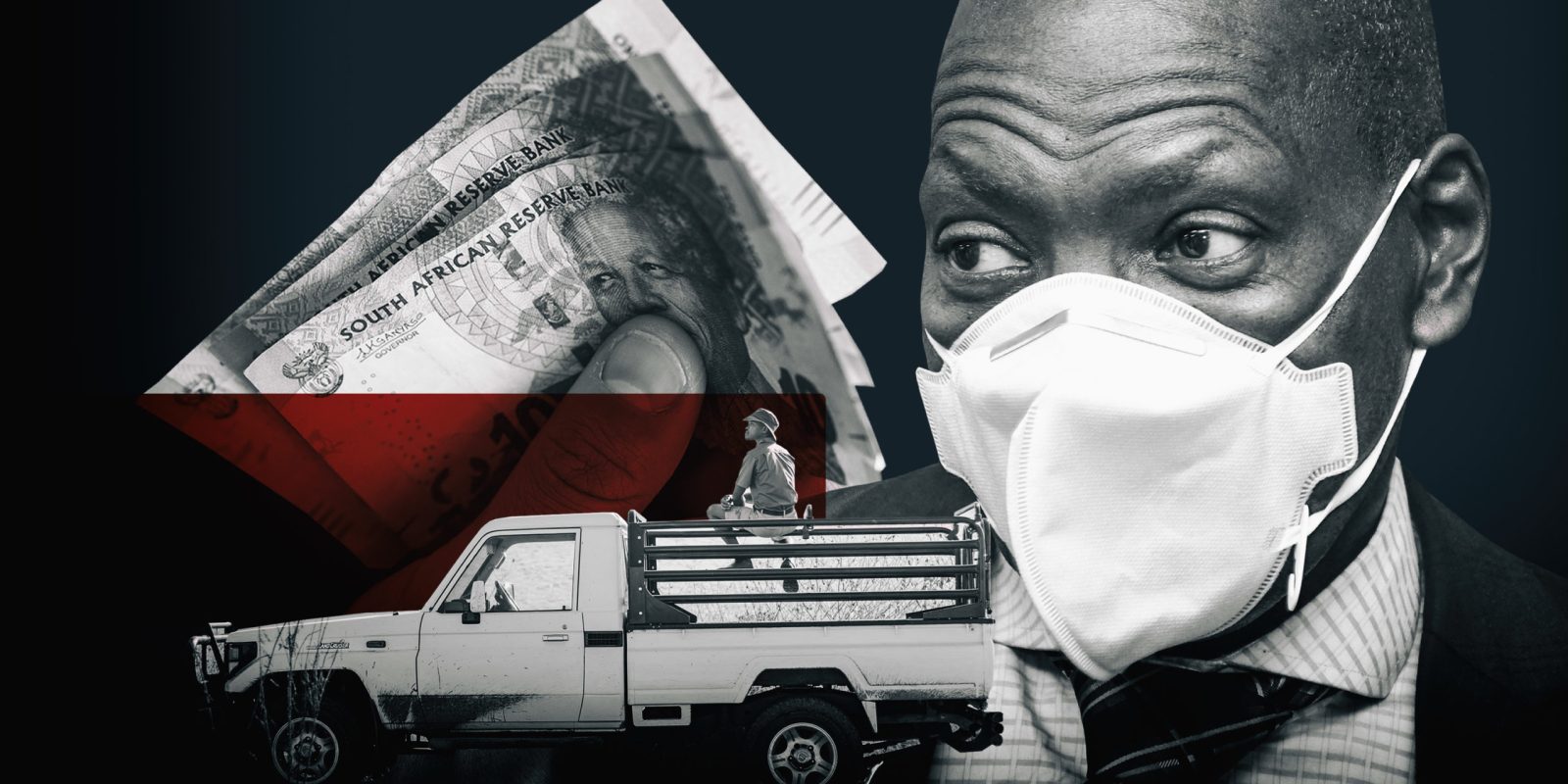 Under fire Department of Health communications contractor Digital Vibes purchased a second-hand bakkie for Health Minister Zweli Mkhize’s son, Dedani. This report follows our recent revelations that Digital Vibes had transferred money to Dedani Mkhize’s company and had paid for maintenance work at the minister’s ‘family property’ in Johannesburg.

Documents obtained by Scorpio reveal that Digital Vibes in May 2020 transferred R160,000 to a Pietermaritzburg car dealership for a 2003 Toyota Land Cruiser.

According to photographs posted on social media, the vehicle has been put to use at a farm near Pietermaritzburg owned by the minister’s son.

At the time of the transaction, the DoH had transferred roughly R50-million to Digital Vibes for contentious services related to the department’s National Health Insurance (NHI) and Covid-19 communications efforts.

Besides two relatively minor payments from the Municipal Infrastructure Support Agent, an entity of the Department of Cooperative Governance and Traditional Affairs (Cogta), Digital Vibes’ sole source of income during the period in which it bought the vehicle was the millions it received from the DoH.

Digital Vibes ultimately bagged R150-million from the department from January 2020 to early 2021.

Tahera Mather and Naadhira Mitha, two close associates of minister Mkhize who played a key role in his 2017 #UnityCampaign, are the alleged masterminds behind the Digital Vibes scheme.

Our latest revelations come on the back of a recent report that detailed how Digital Vibes had transferred R300,000 to one of Dedani Mkhize’s companies and had paid for maintenance work at a “family property” owned by the minister’s ZLM trust.

The payment for the Toyota Land Cruiser and the R300,000 transfer to Dedani Mkhize’s company, All Out Trading, occurred on the same day in May 2020, Scorpio has confirmed.

Three days after the payment to the car dealer, the vehicle was registered in Dedani Mkhize’s name, according to documents we obtained.

In a somewhat bizarre response sent on WhatsApp, Mkhize Junior seemed to deny that the vehicle now belonged to him, despite the ownership records.

“That bakkie ur talking about ask Mapholoba about his gift from T [Tahera Mather],” wrote Mkhize.

Mapholoba is the nickname of Andile Ngcobo, the farm manager at the Tusokuhle farm.

Mkhize Junior said he enjoyed a close relationship with Mather, but that it had nothing to do with the Digital Vibes contract or his father’s other dealings as minister.

“If u had asked me I would have told u [that] Tahera is my person. We’ve had lots of fun together for years. She takes care of me and I do the same. She gifts me alot [sic] and other fine things, coz she’s always been rich and we just have a blast together,” reads Mkhize’s message.

“My dealings with her are not business they are just fun and leisure. I promised her I’ll keep this a secret coz she always says she’s scared of comrade Khabazela [Zweli Mkhize]. Now this thing is messing up my life coz now T [Mather] does not respond to me cos u guys are chasing her,” added Mkhize.

Despite his close relationship with Mather, Mkhize Junior claimed that he had been in the dark about the Digital Vibes affair.

“I know nothing about this vibes company that you keep telling me about. I even hate tenders coz I grew up and ppl gossiping and making up stories that we get tenders coz of Mkhize,” reads his WhatsApp message.

“I’m unaware that the car is registered in Dedani’s name,” said Ngcobo.

However, he insisted that the vehicle belonged to him.

“No one else has driven around in that car but me. I drive the car daily and park at my home each night.”

When Scorpio pointed out that he did not pay for the car, he responded as follows: “Indeed, I never claimed to have paid for the car.”

According to Ngcobo, he did not only use the vehicle for work at Mkhize’s farm.

“I don’t use my bakkie just at Tusokuhle farm, I am a qualified agricultural consultant who has various clients who own farms that I assist in vegetable and livestock farming,” countered Ngcobo.

“I am not involved in politics and my livelihood comes from the agricultural consulting that I do. I have not been involved with any government health tenders that are now making noise and it would be really sad if I get caught up in this ugly story playing itself out in the public,” stated Ngcobo.

In what has become a standard feature in our ongoing reporting on this matter, Minister Mkhize, the DoH, Mather and Mitha all ignored our queries regarding the vehicle purchase.

At a press briefing held on 26 May regarding the Digital Vibes contract, Minister Mkhize denied that he or his family had benefited from the deal.

The Special Investigating Unit (SIU) has been probing the contract.

President Cyril Ramaphosa has stated that he will base his decision regarding Minister Mkhize’s future on the outcome of the SIU’s investigation. DM