Ramaphosa moves to tame structure and size of public service, likely a first step towards super-presidency 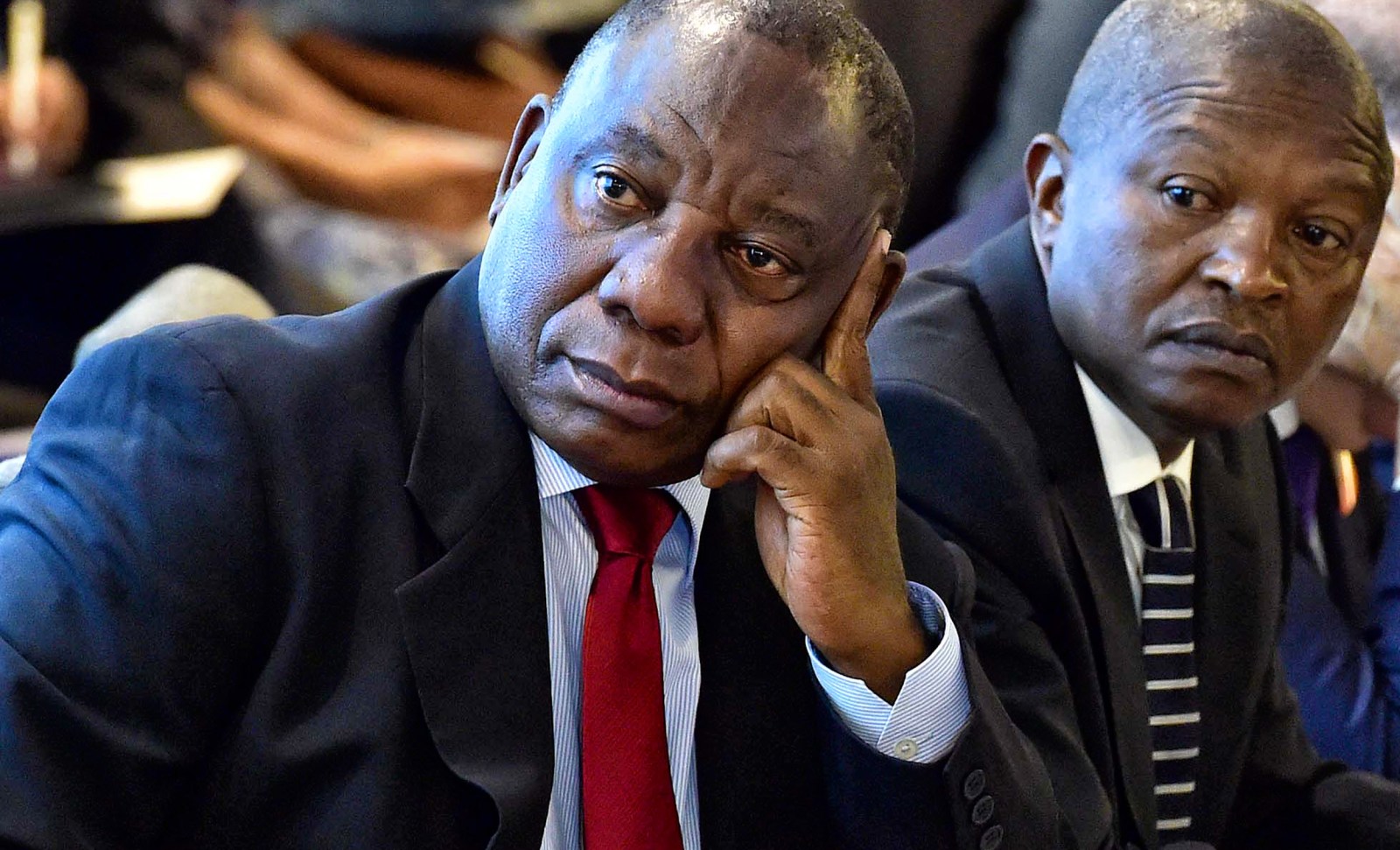 The second reorganisation of government in less than five years is under way, and it could be far-reaching. Public Service and Administration is researching not only the configuration of departments, but also the centre of government model – a set of institutions providing direct support to the president in managing government alongside delivery units for government priorities.

In a briefing ahead of her parliamentary budget vote debate on Wednesday, Public Service and Administration Minister Ayanda Dlodlo said “valuable” research would provide the model to “achieve efficiencies and do away with the challenges we face in the current structure and size of the public service”.

In his 2018 State of the Nation Address (SONA), President Cyril Ramaphosa mooted changes to the 74-strong executive inherited from the Jacob Zuma administration, much criticised for being bloated.

“It is critical that the structure and size of the state is optimally suited to meet the needs of the people and ensure the most efficient allocation of public resources. We will therefore initiate a process to review the configuration, number and size of national government departments,” said Ramaphosa on 16 February 2018.

That process, without a set deadline, is now under way through research by the Public Service and Administration. It could well reshape how national government works well beyond simply trimming the number of ministries.

The kernel for a possible super-presidency is found in Section 85(1) of the Constitution:

“The executive authority of the Republic is vested in the President.”

And it is also found in the ANC’s December 2017 national conference resolution:

The potentially wide-ranging restructuring of government was a throwaway line in Public Service and Administration Minister Ayanda Dlodlo’s pre-budget vote debate briefing. Hours later there was little more in the debate.

“We will give credence to the call from the president to restructure government in order to enhance service delivery by removing superfluous functions and structures. This would mean a reduced executive and a clearly defined role of the national administration within national government,” Dlodlo told MPs.

That not all’s well in governance is clear – and not only because of the national intervention to take over the whole of North West in terms of Section 100(1)(b) of the Constitution because the province is failing in its constitutional and legislative obligations.

Government may have fudged the issues, steeped as they are in ANC factional power politicking, but if it were not an intervention to take over provincial departments, but merely an intervention to direct the provincial departments to correct identified failings as contemplated under Section 100(1)(a), there would not have been a need to inform the NCOP.

Regardless of the service delivery focused Batho Pele, in place since 1997, there are long lines at home affairs, now subject to a “war on queues” campaign, unhealthy hospitals and clinics where medication is known to not infrequently run out and pit latrines at schools some 18 months after the deadline for the minimum school infrastructure norms.

The SAPS is leaving millions of South Africans in informal settlements at risk because of a lack of guidelines on how to police the narrow paths between shacks where vehicles don’t fit, as MPs have been told twice in recent months.

As emerged in this week’s other budget vote briefings, there is distrust between departments with, for example, Health not trusting Public Works to maintain health facilities or even the departmental head office.

The South African National Defence Force (SANDF) was not necessarily telling the custodian of state properties, Public Works, when it vacates land. Or State-owned Entities (SoEs) being reluctant to release their unused land, and instead demanding market value, despite the 2007 Government Immovable Asset Management Act that allows for re-allocations, donations, or exchanges that could carry no cost whatsoever for, as the Act puts it, “social development initiatives of government” and “socio-economic objectives, including land reform, black economic empowerment, alleviation of poverty, job creation and the redistribution of wealth”.

On Wednesday it emerged before Parliament’s watchdog on public spending, the Standing Committee of Public Accounts (Scopa), that municipalities owe Eskom R13.5-billion. Litigation is under way in several cases, leading to “payment holidays” pending finalisation of these court cases.

The South African Local Government Association (Salga), the statutory representative of councils, tried to “build a story” shifting focus on the precarious state of municipal financing – and to Eskom for “undermining” municipalities’ constitutional authority for not signing service agreements to supply certain areas. That, of course, is a hangover from apartheid days, when the power utility directly supplied electricity to black residential areas.

The review and restructuring of government comes on the back of years of talk of the developmental state – central to effective service delivery in the National Development Plan adopted in late 2012 as South Africa’s blueprint to reduce poverty and inequality by 2030 – and much public touting of ministerial performance agreements and departmental annual performance targets.

It comes against the background of a not infrequently politically abused co-operative governance structure, with politicians invoking the constitutional section on not assuming another sphere’s powers. And it doesn’t matter whether that’s the DA-run City of Cape Town or Western Cape over the water crisis or North West Premier Supra Mahumapelo complaining that Health Minister Aaron Motsoaledi did not tell him he was visiting the province where a Gupta-linked company was pre-paid R30-million for health services as hospitals remained cash-strapped, and staff are on a go-slow in protest over conditions there.

Often ignored are the sections giving life to the constitutional obligations that everyone do their bit in “securing the well-being of the people” of South Africa, to “provide effective, transparent accountable and coherent government…” and to foster friendly, supportive relations and co-operation. There’s a whole legislated system in place since 2005 to give effect to this, from the presidential co-ordination council and MinMECs (minister-MEC forums), with similar structures mirrored within provinces and at local government level.

On Wednesday the Standing Committee on Appropriations heard how the Eastern Cape and North West failed to spend between 52% and 38% respectively of their early childhood development grant from national coffers.

The Eastern Cape also failed to fully spend its school infrastructure development grant as emerged in mid-March, when five-year old Lumka Mketwa drowned in faeces in a pit latrine at school in Bizana, Eastern Cape. At the time the Basic Education Department was in the Bhisho High Court to oppose court action by Equal Education for government to comply with its minimum infrastructure standards at schools, adopted in law in November 2013 for full implementation by November 2016.

Basic Education Minister Angie Motsheka is on public record as saying it would take until 2025, and National Treasury releasing additional money, to get rid of all school pit latrines, after Ramaphosa ordered an audit of ablution facilities to be finalised within three months.

No deadline for the reorganisation of national government has been announced. Dlodlo’s statements on Wednesday were the first indication of work in progress. Watch this space, carefully. DM