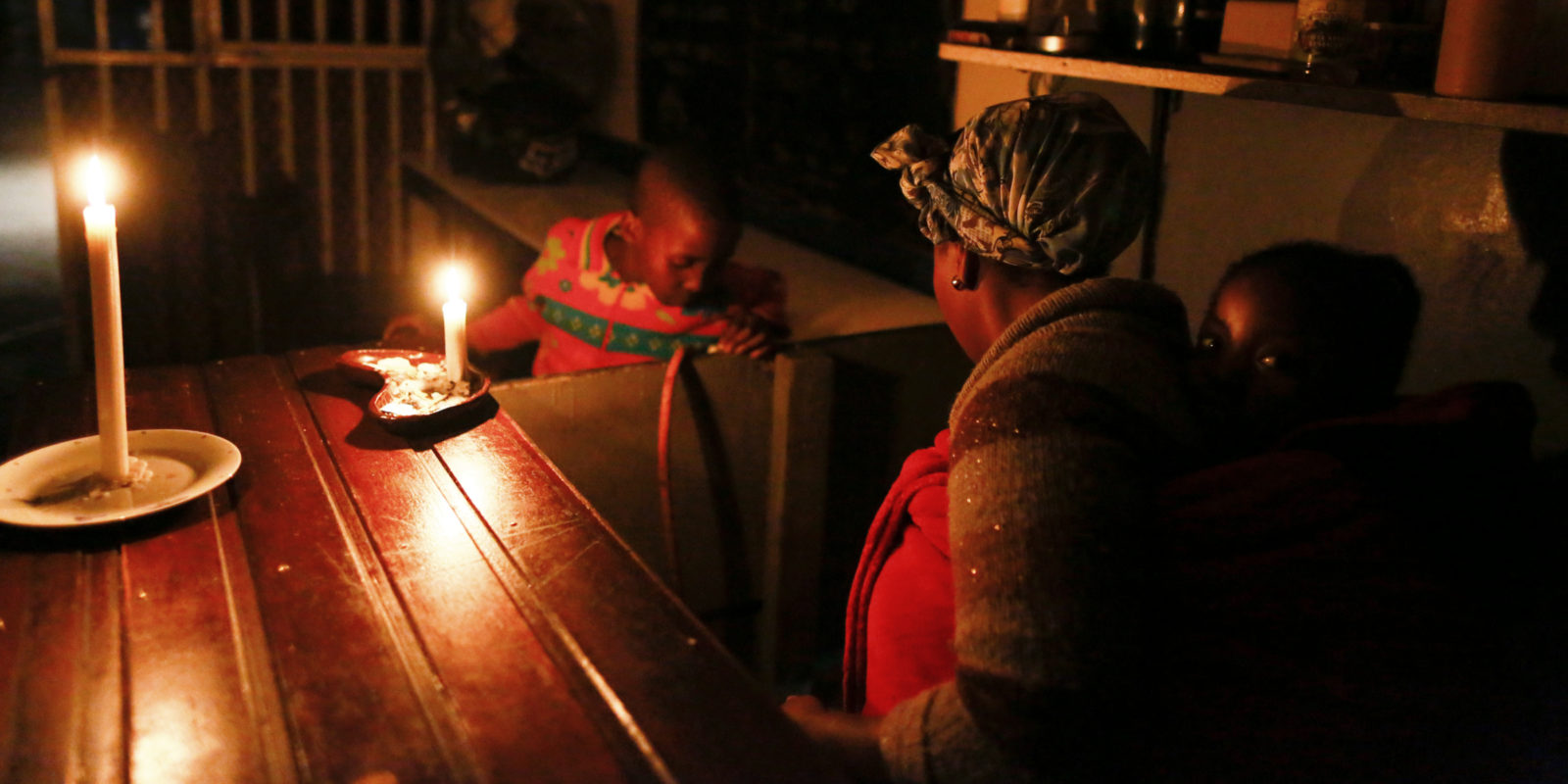 Eskom’s unbundling into separate transmission, generation and distribution entities, in the making since President Cyril Ramaphosa’s announcement in February 2019, remains in the making. Now with a ‘TBC’ deadline.

At Wednesday’s meeting of Parliament’s public enterprises committees, the old mantra “Eskom is too big to fail” was trotted out once again. It underscores the flexibility and leniency shown to the power utility – and its R450-billion debt – amid efforts to set it right.

South Africans can at least draw hope from not having had any power outages in the last 78 days, and take cautious comfort in Eskom’s “80% confidence” of just three days of Stage 1 rolling power outages this winter.

And even if the power utility had to lose between R2-billion and R5-billion due to the Covid-19 lockdown, Eskom CEO André de Ruyter told legislators: “We will require no additional bailouts during the current financial year.”

But then again, in mid-October 2019, parliament approved a special R59-billion appropriation over two years, in addition to the R23-billion a year over 10 years announced in the February 2019 Budget.

Eskom’s restructuring into three entities, under the overall Eskom Holdings umbrella, is at the core of getting the debt-ridden power utility onto a more secure footing. But it’s a process – there’s a roadmap – as the corporate jargon would have it. Officially, the roadmap was launched on 29 October 2019 – two weeks after the special appropriation was given parliamentary approval, and on the eve of the Medium-Term Budget Policy Statement (MTBPS) (Eskom Roadmap: Floated ideas with flexible milestones), as well as nine months after Finance Minister Tito Mboweni put details to Ramaphosa’s Eskom announcement in his State of the Nation Address in February 2019

Mboweni’s The Eskom Job: The devil lives in the details

There seems to be a certain amount of flexibility when it comes to following this roadmap. Eskom has now decided to move key milestones to better suit itself. Or, as De Ruyter told parliamentarians, “Some of the timelines in the roadmap, with respect to the minister (of Public Enterprises Pravin Gordhan), are aggressive… We will be able to achieve the Eskom timelines.”

Eskom’s timelines move the legal separation of the transmissions entity set in the roadmap at December 2021, and the generation and distribution entities by December 2022, to “TBC”, shorthand for To Be Confirmed, according to the presentation document to parliamentarians.

“Implementation of legal separation is after divisionalisation. A number of the processes required for legal separation are outside of Eskom’s control,” a footnote in the document explains.

Divisionalisation of the transmissions entity, that was meant to be completed in December 2020 according to the roadmap, is now set for March 2022 on the Eskom deadlines – some 15 months later – alongside the divisionalisation of generation and distribution entities, which were meant to have been divisionalised by June 2021.

And while the roadmap would have seen systems support and functions finalised now, in June 2020, Eskom extended the deadline by 18 months to December 2021.

During the questions session, De Ruyter chose to highlight the one deadline Eskom had met – the appointment of divisional heads and boards by March 2020.

“We have achieved most of our targets… We have appointed divisional managing directors and boards with directors,” said the Eskom chief, emphasising these were not new appointments, but executives taking on extra responsibilities at their same salaries.

Eskom has developed cash flow and income statements for each of the entities that will continue to share IT and payroll services. And, amid “a lot of detailed financial modelling”, Eskom would “road test the three divisions” as part of limiting the risk in the roadmap process.

Or, as the briefing document to lawmakers puts, it:

“The balance of the roadmap targets are in progress. However, Eskom has extended the divisionalisation timelines. Legal separation will commence after the completion of divisionalisation, once the required legal framework is in place and Eskom is financially sound.”

Public Enterprises Minister Pravin Gordhan seemed on board with the delays. Known not to mince his words – in a previous parliamentary committee meeting in early May he verbally whipped the SAA business rescue practitioners – he simply said that, “given a bit more support (Eskom) could be moving faster on the roadmap”.

SAA: Another 48 hours, the lifeline edition

It was never going to be an easy process, Gordhan added: “It will take time. I have every confidence the CEO is taking the company in the right direction…”

But it will always be about the money.

With Eskom’s debt at R450-billion – much of it government guaranteed – it poses a significant risk to South Africa’s economy. If the power utility defaults, it may set in motion a cross-cutting call-in of not only Eskom’s government-guaranteed debt, but also the billions the state has underwritten for SAA, Denel and others.

Right now, there’s not much money in the public purse. South Africa teetered on the brink of economic collapse in March 2019 when Eskom could not meet its repayment obligations – a crisis averted at the last minute with a commercial bridging loan and more bailout billions.

72 hours in late March: When Eskom pushed South Africa to the edge of financial collapse

On Wednesday, Gordhan appealed for “a bit of time and a bit of patience”.

A broad framework agreement was close to finalisation regarding labour federation Cosatu’s proposal that the Public Investment Corporation (PIC) – which manages some R2-trillion of government employees’ pensions and social savings – should take over R250-billion of Eskom’s debt. But meetings of the National Economic Development and Labour Council (Nedlac), where the proposal was first tabled in early February, had been delayed due to the lockdown.

“We cannot say we have a debt solution,” said Gordhan. “Various options have been explored in the market place. Once we have settled down the Covid-related matters, we will address (Eskom’s) debt.”

The road ahead may yet be a long and potholed one. DM