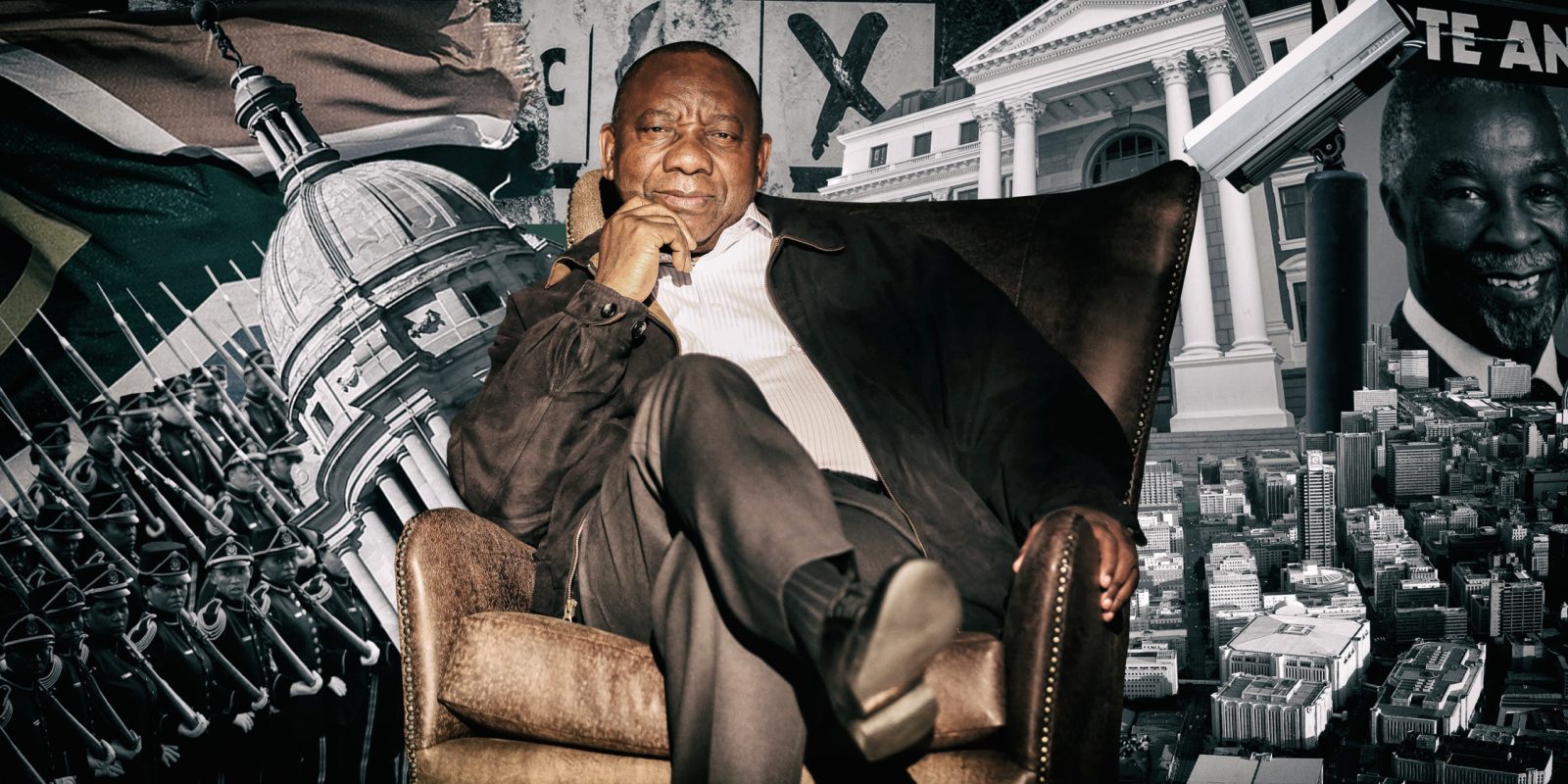 The Cabinet shuffle of the State Security Agency (SSA) means South Africa’s constitutional democracy is almost back where it started – with a deputy minister for intelligence, as state security used to be known.

It has taken this long since the 1994 democratic transition for new intelligence legislation and structures to be sorted out and established. Nhlanhla served as deputy for intelligence services under the then justice minister, Dullah Omar, until 1999 when intelligence was established as a full ministry in the Thabo Mbeki presidency. The minister of safety and security, as police was known then, was Sydney Mufamadi.

Now, for the first time in 22 years, intelligence is no longer a stand-alone ministry – and Ramaphosa is the first president to “assume political responsibility for the control and direction” of intelligence, as Section 209 of the Constitution allows, unless a Cabinet minister is appointed. And Mufamadi is now the presidential security adviser.

This comes in the wake of two scathing intelligence reviews, a decade apart, that identify common and unresolved problems.

The December 2018 High-Level Review Panel of the SSA highlighted not only excessive secrecy, which undermined accountability, but also “serious politicisation and factionalisation of the intelligence community over the past decade or more, based on factions in the ruling party, resulting in an almost complete disregard for the Constitution, policy, legislation and other prescripts”. A redacted version of this review report was released publicly in March 2019 – only after the Right2Know Campaign went to court.

“The intelligence services would benefit from greater provision of information. Excessive secrecy gives rise to suspicion and fear and this reduces public support for the services. In a democracy, unlike a police state, the services must rely on public cooperation rather than coercion to be successful.”

Because simply moving state security into the Presidency does not mean the issues would be resolved – they have not been resolved for more than a decade – but instead poses the risk of the Presidency directly being affected by ongoing unprofessional shenanigans, corruption and worse. The SSA currently has neither a serving full-time domestic or foreign branch head.

With the SSA moving into the Presidency, also moved is Deputy State Security Minister Zizi Kodwa, a known close associate of Ramaphosa who was called up to government from the Luthuli House president’s office. That, together with fellow known ally Mondli Gungubele as minister in the Presidency, means Ramaphosa has shored up a safety cushion.

But this move means the Presidency now straddles pretty much all aspects of government administration:

A special mention must go to Operation Vulindlela, the joint initiative with the National Treasury to speed up economic transformation and regulatory reform. It’s understood to have played a key role in the upping of the licensing threshold of embedded power projects to 100MW, well above the ministerially contemplated 10MW and double what business had requested.

Another example would be the Presidency’s Project Management Office, which has to work through ministries and departments, missing the Economic Reconstruction and Recovery Plan target of 800,000 job opportunities by March 2021, trailing at 694,152 temporary work placements.

Both examples – others exist, like the still to be auctioned spectrum – underscore that while the Presidency may drive a big-picture policy programme with special-occasion announcements, the implementation by ministers and departments remains haphazard at best.

Crucially, what happens in the Presidency is beyond parliamentary scrutiny and accountability.

No committee on the Presidency exists, despite years of opposition calls for this. A previous attempt to have the minister in the Presidency account to the parliamentary public service and administration committee failed to get off the ground. The presidential Q&As held every three months may be somewhat uncomfortable, given opposition barbs, but the accountability bar remains very low.

Ramaphosa is unlikely to face internal criticism from the governing ANC for centralising power in the Presidency for two reasons:

One, the ANC seems comfortable with executive-minded hierarchical governance and toeing the party line – as became clear in the State Capture Commission hearings on Parliament’s constitutional duty of oversight over the executive. (Read more here, here and here.)

Two, the ANC’s December 2017 Nasrec national conference resolution puts the Presidency as the “strategic centre of governance… [which] must be the central driver of the developmental state” with the core administrative functions of “state macro-policy and planning; budget and resource allocation and prioritisation; cooperative governance; public services; and performance management”.

While Ramaphosa, since his first State of the Nation Address on 16 February 2018, talked of reconfiguring the state, that process has unfolded not so much to reduce ministries, or even ditch ministers, but with expanding the scope and role of the Presidency.

By June 2021 it emerged that alongside moving a series of functions like investment and infrastructure and Operation Vulindlela to the Presidency, also well under way was the process to make the Presidency director-general head of the whole public administration. A super DG, so to speak.

That emerged in a briefing after the 2 June Presidency Budget Vote debate, when Ramaphosa said the Presidency had been realigned to “more effectively drive the transformation of our society and economy” and “strengthened to better equip” it to direct and coordinate government programmes.

Of course, the Constitution states no such thing. Neither does it impute the president with “responsibility to safeguard the security and integrity of the nation” as was claimed during Thursday’s Cabinet reshuffle statement that also announced a panel to review security lapses related to the July violence and public disorder to “strengthen our security services and to prevent a recurrence of such events”.

Section 83 of the Constitution says the president “must uphold, defend and respect the Constitution as the supreme law of the Republic”, and also “promote the unity of the nation and that which will advance the Republic”. Section 85 states “executive authority… is vested in the president”, and exercised with other members of Cabinet, or ministers.

But it’s understood that the Cabinet was rocked to its core by that security lapse in July. Many commentators and ANC stalwarts like Mavuso Msimang acknowledge it was at least in part instigated from within the governing ANC.

July’s so-called security lapse happened despite the rise of the securocrats to the centre of governance in the unrelenting Covid-19 lockdown – it’s Lockdown Day 502 on Tuesday – through the NatJoints, or National Joint Operational and Intelligence Structure, which brings together police, soldiers and spooks in a structure that is not established in law or regulation – and that does not account publicly.

And it happened despite the National Security Council that brings together the ministers of police, defence, state security, finance, cooperative governance, home affairs, international relations and justice. The directors-general of those departments serve in the secretariat headed by the Presidency DG, which importantly also includes the military chief and the intelligence coordinator of the National Intelligence Coordinating Committee that’s established in terms of the 1994 National Strategic Intelligence Act.

The question must arise: if all these coordinating structures existed for as long as they have, why did they not work?

The answer may lie not in the positioning of the intelligence and security architecture – or that of economic recovery and reconstruction – but in the organisations and structures themselves. The 2008 Matthew commission report and the 2018 High-Level Review Panel indicate that.

If this is the case, moving state security into the Union Buildings would not resolve any of the real issues – except to further build a super Presidency. DM