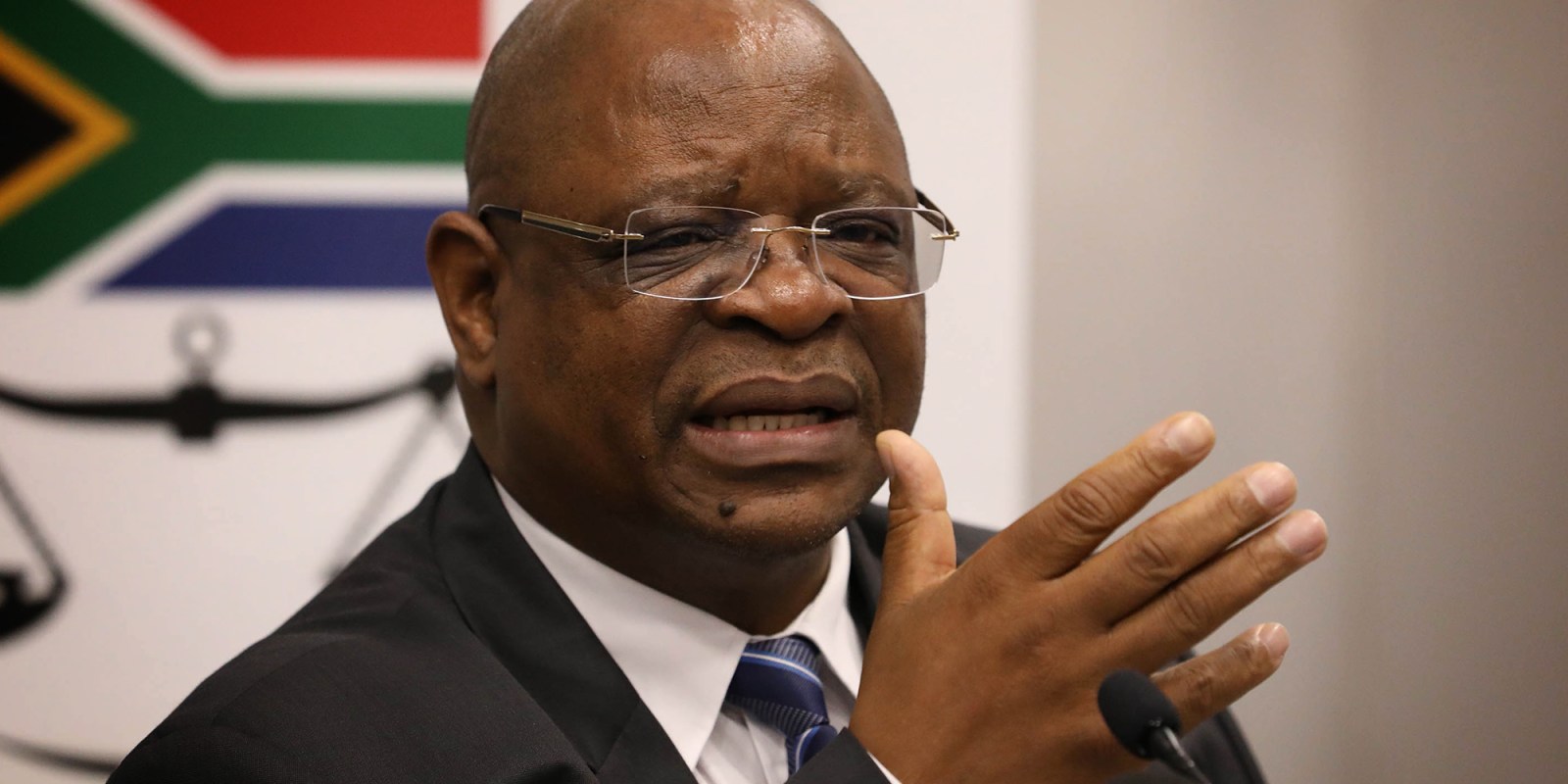 State Capture commission chairperson Deputy Chief Justice Raymond Zondo on Friday mooted electoral changes to provide a safety net to MPs so they are not beholden to their party line, particularly when it came at a cost to the country.

“It is important for all of us South Africans to consider a way of even some protection to members of Parliament, who might want to do the right thing for the county where their party may think it was not the right thing…” said State Capture Commission chairperson Deputy Chief Justice Raymond Zondo.

“I think in the current system of oversight the evidence that I heard… it’s as if there’s no oversight in Parliament. Of course, there are some committees that have tried…”

Zondo had raised the possibility of a constituency-based electoral system, when voters directly elect their MP, as a potential safeguard for parliamentary oversight.

Historically, such electoral reform was raised as far back as theJanuary 2003 Frederik Van Zyl Slabbert electoral task team that proposed constituencies, alongside proportional representation MPs. The Mbeki administration didn’t act, and the report has gathered dust since.

Friday’s comments by Zondo come as Parliament must process and adopt electoral reforms to allow independent candidates to contest national and provincial elections by June 2022 in line with a June 2020 Constitutional Court judgment. To date, Home Affairs, the department in charge, hasn’t yet published a draft Bill.

During this week’s parliamentary oversight hearings, Zondo has gone where angels fear to tread – electoral reform and how governing ANC factionalism and politics stifle and even stall Parliament’s constitutional responsibility of holding the executive to account.

On Friday, Zondo said it seemed parliamentary oversight by large came mostly from opposition parties. “Whereas if everybody took this function seriously, there could be a lot of difference… in terms of corruption and proper governance.”

Unless the system changed, South Africa would not find itself in a better place of oversight and executive accountability, should claims similar to State Capture resurface sometime in the future.

Earlier in the week Zondo expressed baffled disquiet how ANC officials instructed ANC MPs to vote against the 8 August 2017  no-confidence motion in then-president Jacob Zuma – the Constitutional Court had weeks earlier ruled obligation to country trumped party – and he seemed flummoxed by how parliamentary procedure is used to divert oversight, even if with a sheen of administrative propriety.

That Eskom State Capture parliamentary inquiry unfolded only some nine months after the ANC benches in the National Assembly defeated a September 2016 opposition motion for State Capture probes.

Rantho explained that “a group of people” decided on following up statements made in the House; it wasn’t up to the committee.

“This can be a failure of the National Assembly maybe overlooking what was happening then. At the end of the day, the committee on its own took a decision to inquire….”

It is that formalism that Outa Parliamentary Engagement Manager Matt Johnston also highlighted regarding then justice minister Jeff Radebe’s comments that the 2013 landing of Gupta wedding guest at the military Waterkloof Air force base would not need Parliament’s attention. The long and short of it was that as the defence department and the Public Protector were investigating, Parliament did not have to get involved.

“That is extraordinary! Are you quite clear that you reflected correctly what he said?” asked Zondo to which Johnston replied:

“It was a tone of dismissal in that the issue was being dealt with elsewhere and the members of Parliament didn’t have to concern themselves”.

That moment became another one to leave Zondo gobsmacked in a week of similar such moments.

But a matter being dealt with in the courts, or the Public Protector, or elsewhere, has repeatedly been raised as defence to, in particular, opposition MPs’ queries in committees and also in the slots for statements and questions to ministers in the House.

Questions on political pickles like serious corruption and State Capture would be stopped in their tracks with reprimands that everyone knew such questions needed substantive motions with proof provided.

The use of administrative proceedings to sidestep oversight emerged also in opposition MPs’ earlier testimony.

On Friday, DA MP Manny de Freitas spoke of a 2016/17 series of letters to the transport committee chairperson, and minister and board of the Passenger Rail Agency of South Africa (Prasa) over the financial derailment there. To no avail.

On Tuesday, DA MP James Selfe told Zondo how despite a damning, if preliminary, report of the Special Investigating Unit (SIU) on Bosasa contracts in jail, the parliamentary correctional services committee had “no appetite” to pursue this.

The 2008 preliminary report had taken a year to reach Parliament, and when it did the correctional services committee had a new chairperson, Vincent Smith. (Note: Smith is on R30,000 bail after appearing on Bosasa-related fraud and corruption charges in the Palm Ridge magistrate’s court on 1 October 2020.)

Selfe testified he had had a good relationship with the previous committee chairperson ANC MP Dennis Bloem, who had joined Cope, and knew he’d been called in for reprimands by then ANC chief whip Mbulelo Goniwe and his deputy Andries Nel.

Such critiquing also was directed at Khosa, who like Rantho was threatened for her stance.

On Friday afternoon Zondo was turning to testimony from  Parliament’s House Chairperson for Committees Cedric Frolick, who in June 2017 directed four committees to probe the #Guptaleaks. In the end, only Rantho’s public enterprises committee held a full-blown inquiry.

“The oversight function of Parliament is not properly funded,” said Frolick, adding later: “The committees and the numerous reports have done a lot of work in terms of exercising oversight… under difficult circumstances.”

Not really answered was Zondo’s question why Parliament did not address issues like underfunding that are critical to its constitutional oversight responsibilities for so many years.

Folick must yet complete his testimony as the commission ran up against time on Friday late afternoon. While ANC Secretary-General Ace Magashule was mentioned as a possible witness to present the ANC’s perspective, neither this nor a time or date was confirmed. DM