Reporter’s Parliamentary Notebook: Factions and fractures in the House as committees start to probe #GuptaLeaks, sort of 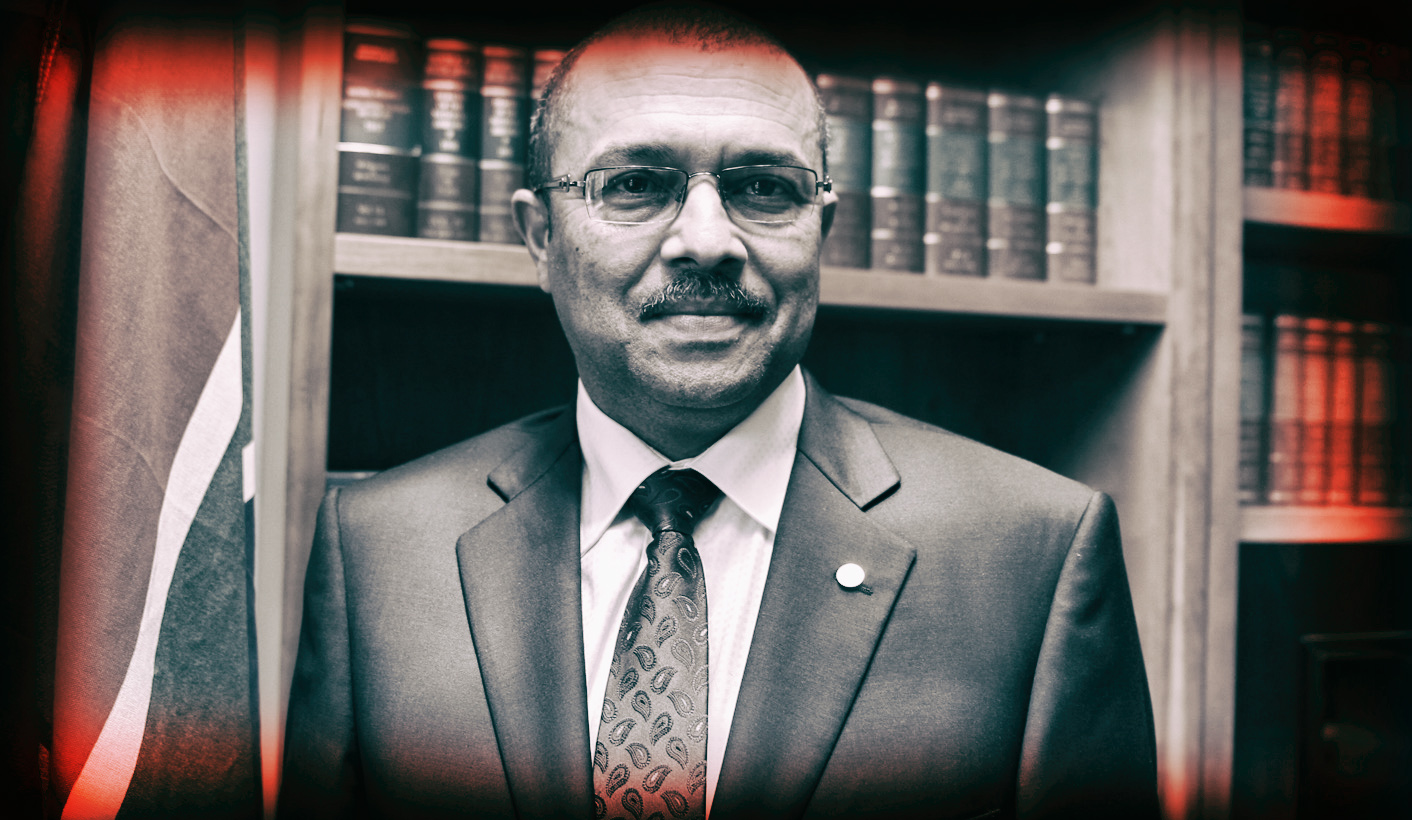 Parliament’s public enterprises committee is proceeding with a wide-ranging inquiry not only into the controversial return of Brian Molefe to head Eskom, but also the state capture fracas arising from the #GuptaLeaks. On Wednesday MPs across the political spectrum agreed to obtain Eskom board minutes and various investigation reports into maladministration at the power utility, and to summons Molefe, former board chairperson Ben Ngubane, other high-profile officials and ministers. This committee’s handling of state capture claims stands in stark contrast to the approach of the other three committees officially tasked to investigate these claims. By MARIANNE MERTEN.

“What we want is clean governance in our entities,” public enterprises acting committee chairperson Zukiswa Rantho said at the end of Wednesday’s meeting. “The committee is taking this very seriously because it involves billions and billions of money. The people on the ground would want to see us as public representatives doing our work.”

And so the public enterprises committee is coming back from the July recess a little early for its inquiry, in line with Parliament’s oversight mandate enshrined in Section 55(2) of the Constitution and the national legislature’s own Rule 227. Also relied upon was Rule 167, which, regardless of an inquiry or not, gives a committee the power to “summon any person to appear before it to give evidence on oath or affirmation, or to produce documents”, hold public hearings and the like.

But that’s that committee – one of four “directed” by House Chairman for Committees Cedric Frolick, according to a statement by Parliament, to “urgently probe the allegations (of state capture) and report back to the National Assembly” and to “ensure immediate engagement with the concerned ministers to ensure that Parliament gets to the bottom of the allegations”.

Wednesday’s public enterprises committee stood in stark contrast to the deliberations of the home affairs committee on Tuesday. There is was decided to “invite” Home Affairs Director-General Mkuseli Apleni to brief it “on the facts” of former home affairs minister, now Finance Minister, Malusi Gigaba’s role in the citizenship naturalisation of several members of the Gupta family. He was meant to do so on Tuesday, but then cited diary clashes to explain his no-show. The splits in the ANC caucus were clear: some MPs of the governing party called for the summonsing of ministers and officials, while others emphasised the need to verify the authenticity of claims, the need to hear from the DG, and legal advice on what the committee could do given an EFF court action over the naturalisation authorisation.

Whether next week’s briefing by the director-general – he is “invited” alongside Home Affairs Minister Hlengiwe Mkhize and Gigaba – would be the end of any inquiry, or the start, is most likely only to emerge after the home affairs committee meeting.

While Parliament has constitutional oversight and legislative mandates, it is also a deeply political institution. This emerges not only in the relations between the 13 represented political parties – just watch the verbal sparring at any sitting of the House – but also among members of a political party. And with an ANC elective national conference in December, factions and fractures in the governing party are also playing themselves out in Parliament. City Press reported on defiant ANC MPs who at last week’s caucus challenged Chief Whip Jackson Mthembu when he asked a group to explain why they asked the public protector to investigate National Treasury, the Financial Intelligence Centre and the South African Reserve Bank as part of another state capture probe.

An additional twist to Frolick’s direction of last Thursday, publicly announced on Monday, lies in that discussions on a broader ad hoc committee into state capture were still under way at the Chief Whips’ Forum, a consultative structure representing all political parties. On Wednesday the final decision came: the four committees tasked with the job were enough – for now.

The DA, which had proposed a state capture ad hoc inquiry, was angered. “The ANC has wantonly chosen to ignore the fact that state capture is a broad spectrum attack on our very sovereignty and our democracy, not an anomaly in four departments,” said the party’s Deputy Chief Whip, Mike Waters. And so was the EFF, which sharply criticised the ANC distancing itself from what the opposition party described an “initial multiparty consensus” on an ad hoc state capture committee. “By retreating, the ANC parliamentary caucus is complicit in the corruption committed by the Guptas. By retreating it is apparent that the Gupta faction has strong-armed the parliamentary caucus to change its original and correct decision,” said the EFF statement.

“Why not make use of the systems in place?… Who is better placed than the people in portfolio committees?”

Mthembu dismissed DA criticisms of Frolick’s “cynical” intervention. As House Chairperson for Committees, he was within his right to direct committees:

“He would have been wrong if he said ‘committees do nothing’. We would have red-carded him.”

But just a handful of days after Frolick’s intervention, the fissures and divergent directions are already emerging.

“It (state capture claims) is something we should be discussing, but our meeting was cancelled at short notice,” he said.

Meanwhile, transport committee chairperson Dikeledi Magadzi met Frolick on Wednesday afternoon over the directive on state capture probes. “We have legislation to deal with,” she told Daily Maverick with regards to time pressure on the committee to be discussed at that meeting. However, the transport committee has been dealing with claims around the Passenger Rail Authority of South Africa (Prasa) for some time. “For us it is not new,” she said.

At its meeting on 7 March, the transport committee proposed an inquiry into the Prasa board amid the controversy of a 350% salary hike awarded to himself by former acting CEO Collins Letsoalo. The Prasa board was fired by then transport minister Dipuo Peters as its members were briefing the committee.

And with the four committees charged with probing state capture claims taking different approaches right from the start, in the politics of Parliament, where much emphasis is given to protocol and processes even amid political contestation, legal advice is invoked to justify the direction taken.

While the public enterprises committee accepted parliamentary legal advice emphasising constitutionally mandated oversight, and powers of summons and inquiry by committees, the home affairs committee received advice on sub judice and how it may impact to limit scope.

And so home affairs was told of Rule 89 – the merits of a matter pending before court may not be reflected upon – rather than Rule 167, which gives committees wide-ranging powers, or even an inquiry under Rule 201 of the then applicable rules in terms of which the police committee in 2015 took the unprecedented step to summons top police brass to account over their support for embattled then national police commissioner Riah Phiyega while a presidential decision on an inquiry into her fitness was pending. Provincial police commissioners and senior national officers were made to apologise publicly for what the MPs criticised as their stepping into politics.

If the home affairs committee accepts the applicability of Rule 89, in light of the EFF court case, it may well stifle any state capture investigation. In contrast, Rule 89 was rejected by the public enterprises committee, despite a DA court action over Molefe’s return to Eskom after almost three months as ANC MP, as far back as 23 May, in favour of its oversight and Rule 167 powers when then Eskom board chairperson Ben Ngubane tried to invoke sub judice in order not to answer questions on the Molefe saga. Ngubane had to answer.

All this is within the rules.

The ultimate outcome of the four committees’ investigation into state capture emails not only hinges on political determination and attitudes towards rules, but also in adequate resources like researchers and support and co-ordination.

Frolick’s directive has not set a timeline for the four committees to finalise their state capture claim investigations, except to say they’re urgent. But there is immense time pressure: in July, a recess period, and from September committees focus on the budget review and recommendation report process to scrutinise departmental annual reports and analyse spending patterns ahead of the Medium-Term Budget Policy Statement (MTBPS), widely dubbed the mini-budget, in late October.

There is much at stake for Parliament, which was carpeted over its handling of the Nkandla debacle, not only in public opinion. With the matter handled through ad hoc committees over two years, Zuma in August 2015 ultimately was absolved from repaying for at least some of the security upgrades at his Nkandla rural homestead as the public protector had determined in remedial action.

The Constitutional Court on 31 March, 2016 found Parliament had acted “inconsistent with the Constitution” by substituting the public protector’s remedial action, which is binding unless taken to court on review, with its own processes. Or as Chief Justice Mogoeng Mogoeng put it in the unanimous judgment: “There may have been nothing wrong with those parallel processes, but there was everything wrong with the National Assembly stepping into the shoes of the public protector…”

State capture has featured in various platforms at Parliament this month. It comes up again at Thursday’s presidential question session when Zuma will respond to African Christian Democratic Party (ACDP) leader Kenneth Meshoe’s question as to why he’s taken the public protector’s State of Capture report on review to court.

It is not going to go away. DM