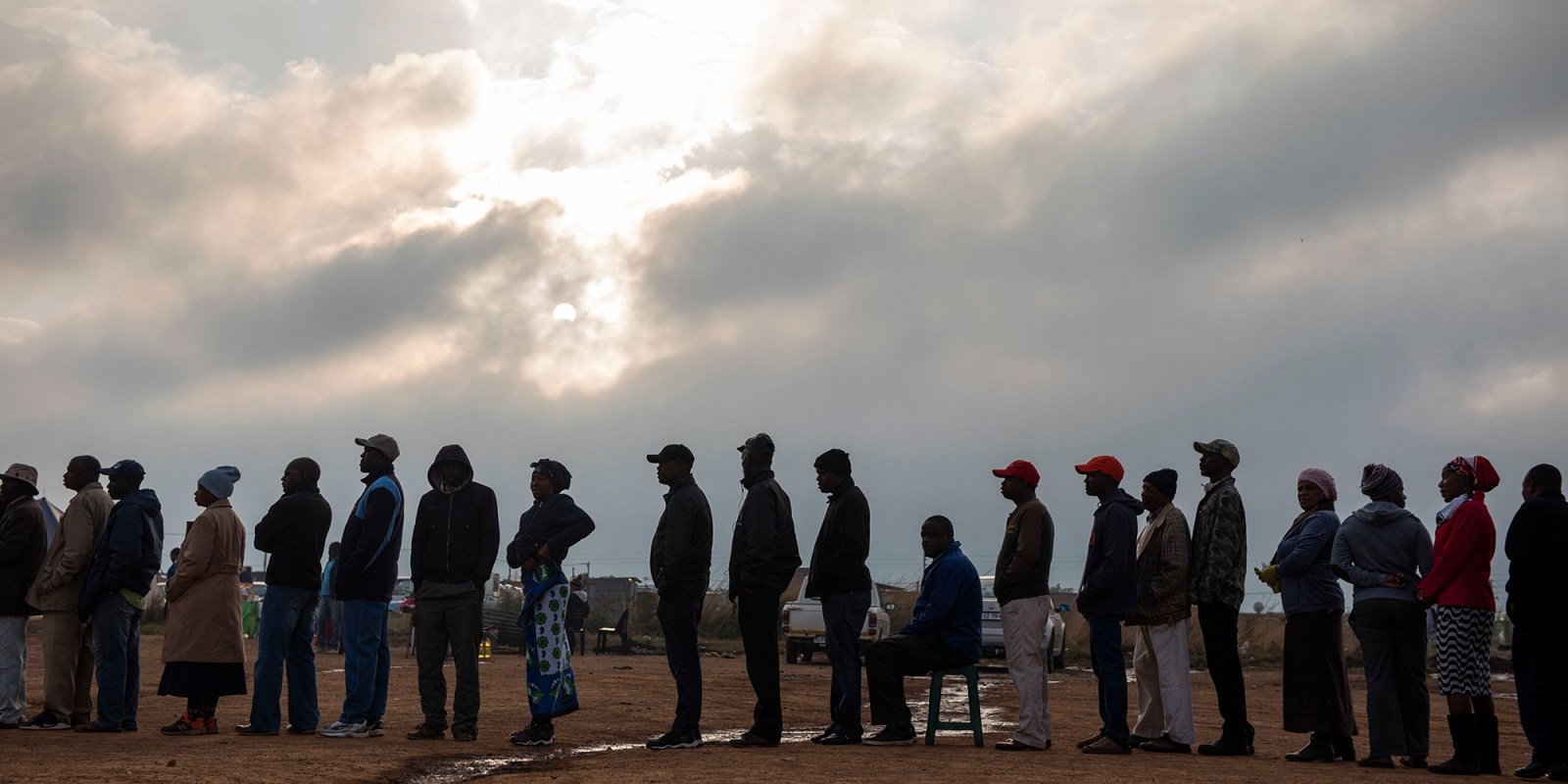 The Constitutional Court ruling that independent candidates must be accommodated in provincial and national elections opens the door for a potentially fundamental change of how South Africa’s public representatives are elected. (Photo: Gallo Images / Alet Pretorius)

A timeline to amend the Electoral Act so independent candidates can contest provincial and national elections was stopped before it could start. Home Affairs Minister Aaron Motsoaledi told MPs on Tuesday no such legislative change would be possible without a constitutional amendment.

Curiously, it was parliamentary home affairs committee support staff who presented a timeline on amending the Electoral Act – headed “Electoral Act Amendment Integrated Road Map Time Planner” – that went beyond how Parliament would meet the 10 June 2022 deadline, to also outline timeframes for the home affairs minister, his department and the Electoral Commission of South Africa (IEC).

Assuming no constitutional amendments were needed, this “roadmap time planner” sets out different scenarios depending on whether a possible constituency system is introduced for provincial and national elections to facilitate the participation of independent candidates as the Constitutional Court ordered in CCT110/19 of June 2020.

Depending on the scenario, the “roadmap time planner” gave Home Affairs to mid-September or mid-October 2020 to finalise an electoral system policy review, draft the bill and process it through Cabinet before tabling it in Parliament in December 2020. MPs would get to it in early February 2021.

“All scenarios assume no need to amend the Constitution… The assumption that we can do this without amending the Constitution is impossible,” he told MPs, adding it was his job to draft policy.

“Remember, it is the executive [that] must come with a policy [on the basis of which law is made]. That is the draft we are still working on…”

The home affairs minister did not indicate when the electoral system policy process would be complete.

Right now the ministerial focus is on finalising a range of other electoral amendments needed to be in place ahead of the next local government elections that statutorily must happen between 4 August 2021 and 1 November 2021.

On 14 July, when the IEC briefed the parliamentary home affairs committee, it emerged that legislative changes were underway – from technical amendments clarifying the application of the election codes of conduct to crucial voters roll personal data protection measures required now that the Protection of Personal Information Act is now fully operational.

On Tuesday it became clear the pressure is already on to effect just these amendments that, according to the mid-July briefing, could include only publishing the first six digits of an ID number and a ban on making sections of the voters roll available on payment of a fee.

“[This] must be finalised before the local government elections. It will be discussed in the Cabinet cluster on 20th [of August]. Then Cabinet approves. That’s the one I am aware of,” said Motsoaledi, acknowledging the time pressure.

“There is a mechanism in Cabinet, which we used last week. If we think something is very urgent you write a memo to the president [to say why it’s urgent] and in that case, the president will put aside some of the other matters.”

These ministerial comments are about as clear an indication as ever of the slow pace in the policy overhaul of South Africa’s electoral system ahead of amending the Electoral Act as ordered by the Constitutional Court.

Yet, pace is important. A quick survey of the legislative pipeline shows how on average it takes two years to process a law in Parliament – and that timeframe excludes the drafting processes ministers are in charge of before the bill gets to the national legislature.

It may be possible to return to the Constitutional Court to ask for more time – an additional 12 months to 29 April 2021 were granted to amend the Upgrading of Land Tenure Rights Act, allowing MPs to currently conduct public hearings.

According to National Assembly programme documentation from mid-June, the Upgrading of Land Tenure Rights Act is one of seven laws the Constitutional Court declared unconstitutional and invalid to various extents, and at various stages of processing in Parliament.

In at least three cases, court-set deadlines to correct the constitutional deadlines were missed, although this had no material effect because the Constitutional Court wrote provisions into the law to avoid a gap in the law.

But it can only be ignominious for Parliament to fall short.

The Constitutional Court ruling that independent candidates must be accommodated in provincial and national elections opens the door for a potentially fundamental change of how South Africa’s public representatives are elected.

Regarding the required constitutional changes to the Electoral Act, the IEC already in late June urged MPs to act speedily, and not to wait too long as system changes may be substantial, particularly if constituencies are introduced.

The ANC in Parliament appeared uncomfortable when the need for what is a substantial review and amendment of South Africa’s electoral system first was highlighted in late June.

“The judicial overreach – I’m not attacking the judiciary – but sometimes the judiciary overreach. This is a cumbersome process [to amend the Electoral Act]… To give us 24 months to do this process! We can’t be subjected to hurry this and deliver proper results.”

ANC programming whip Chana Pilane-Majake agreed, but Deputy Speaker Lechesa Tsenoli shut that avenue, saying now the Constitutional Court had made its decision, it was up to Parliament to act.

The Constitutional Court ruling that independent candidates must be accommodated in provincial and national elections opens the door for a potentially fundamental change of how South Africa’s public representatives are elected.

It may well lead to the introduction of constituency MPs and MPLs, a more direct link between communities and elected public representatives in provincial legislatures and Parliament.

Such a system of constituency public representatives – alongside proportional representation – was recommended in the January 2003 Frederik van Zyl Slabbert commission into electoral reform. It emphasised electoral guiding principles of fairness, inclusiveness and accountability.

That report has been gathering dust for the past 17 years. The next 22 months may yet change that.

The pressure is on to meet the Constitutional Court deadline of 10 June 2022. DM