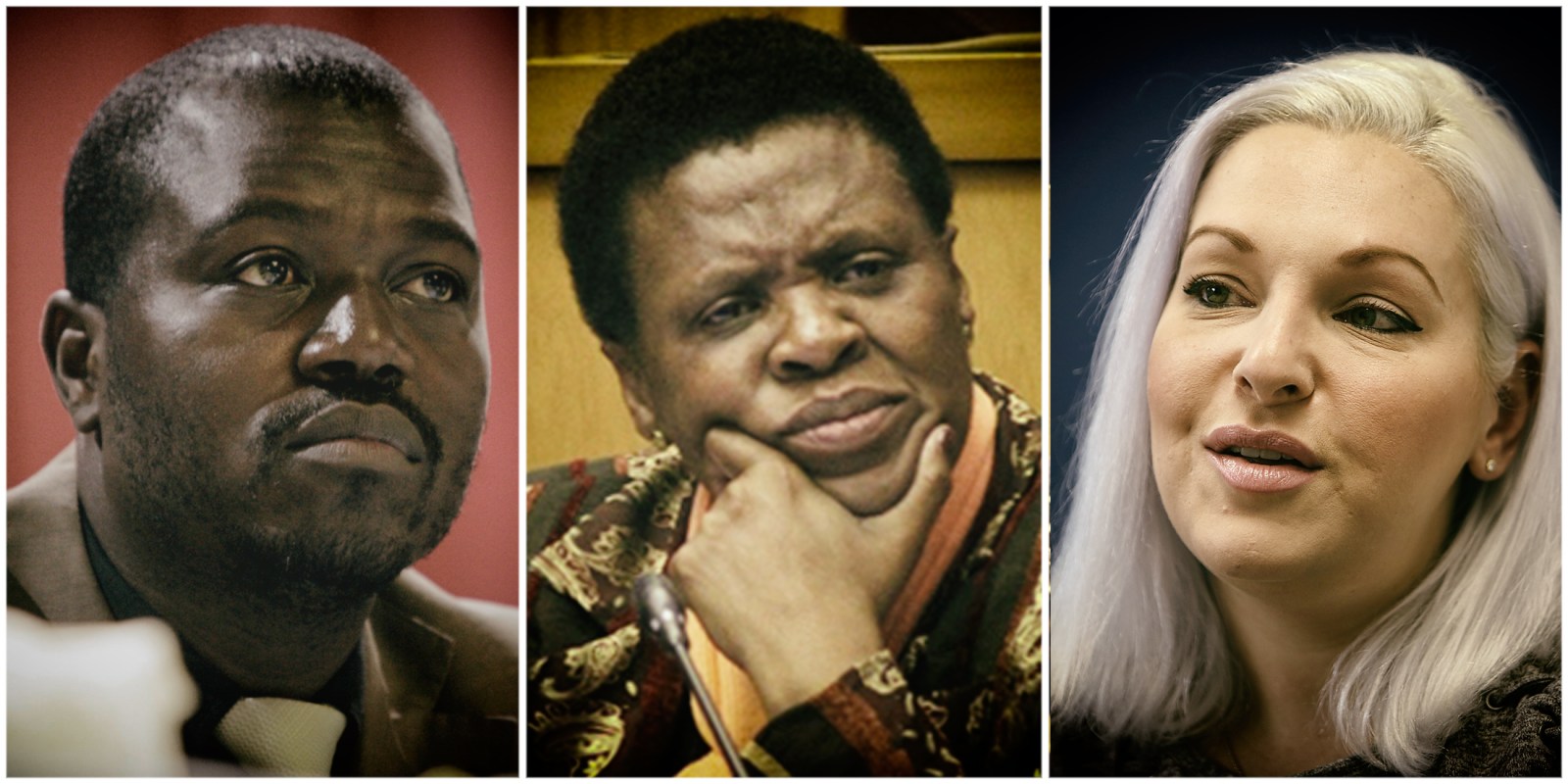 If Parliament had acted when the claims of State Capture first arose in 2011, billions of looted rands could have been saved. That’s the sum and substance of the lack of political will highlighted, again, on day two of the Zondo Commission’s hearings into parliamentary oversight.

Nine months after the governing ANC  used its numbers in the House on 8 September 2016 to defeat an opposition motion for a State Capture investigation by a vote of 169 against 103, with one abstention, parliamentary probes into State Capture finally got the nod.

The mid-June 2017 institutional directive to “urgently probe” the #GuptaLeaks about State Capture and manipulation of the government for private benefit was meant for four committees – transport, home affairs, mineral resources and public enterprises. But only the public enterprises committee held an inquiry – into Eskom State Capture.

On Tuesday commission chairperson Deputy Chief Justice Raymond Zondo heard from former ANC MP Zukiswa Rantho, the Eskom State Capture inquiry chairperson, how from 2009 to 2014 State Capture claims were not discussed in the ANC parliamentary caucus, “only privately or informally, if at all”.

Zondo said he would have expected MPs to take seriously a set of claims in the public domain, including the landing of guests at Waterkloof Air Force Base in 2013 for the Gupta Sun City wedding, and the public account in 2015 of then deputy minister Mcebisi Jonas of how he was offered R600-million by the Guptas.

“How much of the billions of rand allegedly looted by the Guptas and their associates would have been saved had your committee and had the National Assembly acted a year earlier?” said Zondo, also in reference to opposition requests for probes.

Segue into the impact of party political dynamics – and of political will.

“The issue was the caucus of the ANC. Some members felt it was not necessary to have an inquiry in the portfolio committee. If this inquiry continues, members of the ANC would be implicated, and the ANC will be divided. Not into two; it will be divided altogether. And there may be people who must be investigated further,” testified Rantho.

“It was a great risk we were taking as there was a divided caucus.”

Or, as Zondo wrapped it: “There were some members of Parliament in the ANC who effectively thought they were protecting the ANC if revelations that could show wrongdoings of some members of the ANC were not brought to the open.”

To which Rantho replied, “That is correct.”

At the time Daily Maverick reported on the so-called Group of 10, ANC MPs closely associated with then president Jacob Zuma were pushing to scupper the inquiry.

Such factional divisions continued and bedevilled the other three committees responsible for getting to the bottom of the #GuptaLeaks claims. Only after a change of chairperson did the home affairs committee proceed with hearings on then minister Malusi Gigaba’s Gupta links.

But the public enterprises committee stood firm and with the support of the late Jackson Mthembu, then ANC chief whip, proceeded with its Eskom State Capture inquiry.

This came with threats against Rantho and her family. And “deep fear” by inquiry evidence leader Ntuthuzelo Vanara, who reported an attempt to bribe him to scupper proceedings by then state security minister Bongani Bongo, now criminally charged for this.

“Mr Vanara came to me one evening and said we must identify a spot where we could not be seen. He was in deep fear of what was going to happen to him,” testified Rantho.

“My conscience spoke to me, this is what must happen so the people of South Africa get the right information.”

On Monday the interconnection of politics, political will and parliamentary oversight emerged. Oversight was fundamentally a political question in a national legislature where the governing ANC holds 230 of 400 seats, according to Themba Godi, the former chairperson of Parliament’s public spending watchdog, the Standing Committee on Public Accounts (Scopa).

“In a system where one political party dominates, the extent to which oversight will be effective depends on the internal dynamics of that party.”

Parliament could solicit information and make recommendations, added Godi, but the extent to which these were implemented depended on the “integrity and political sensitivity of members of the executive,” he said.

Rantho did not make it back on to the ANC lists of public representative candidates for the May 2019 elections. She was not the only one from those in the Eskom State Capture parliamentary inquiry.

DA Chief Whip Natasha Mazzone on Monday told Zondo only one of the ANC MPs from the public enterprise committee inquiry had returned to Parliament. Godi had pointed out that none of the ANC MPs, nor DA MP Tim Brauteseth, returned after the May 2019 elections. (Brauteseth is now a delegate in the National Council of Provinces.)

Parliament is an intrinsically political institution where processes can be made to facilitate the business of the House in a multiparty kind of consensus way – or to kill off an issue.

Many examples exist, like the ANC supporting the EFF’s motion on expropriation without compensation in late February 2018 following the ANC’s Nasrec elective national conference endorsing this – in contrast to the ANC voting down a similar EFF motion in 2017. Or the ANC moving to support an opposition no-confidence motion in Jacob Zuma just before the 2018 State of the Nation Address as a backstop should he not resign from the Union Buildings.

That the 8 September 2016 DA motion was defeated in a vote was meant to close that chapter. Shifts in the ANC factional battles in the run-up to the 2017 Nasrec ANC national conference changed the dynamic in the ANC parliamentary caucus.

Zondo had asked about that, but while Rantho agreed that 2017 was the year of an ANC elective conference, she said that had not influenced the committee.

“We were not working as an ANC group. We were working as a committee with opposition parties towards a common goal,” Rantho said.

The parliamentary Eskom State Capture inquiry and the 2016 SABC inquiry are two examples of what can be done when Parliament acts in a non-partisan manner in pursuit of its constitutional responsibility of oversight and holding to account Cabinet and any organ of state.

But, as the Zondo Commission heard over the past two days, it does not seem to be the prevailing attitude. The hearings on parliamentary oversight continue on Thursday. DM