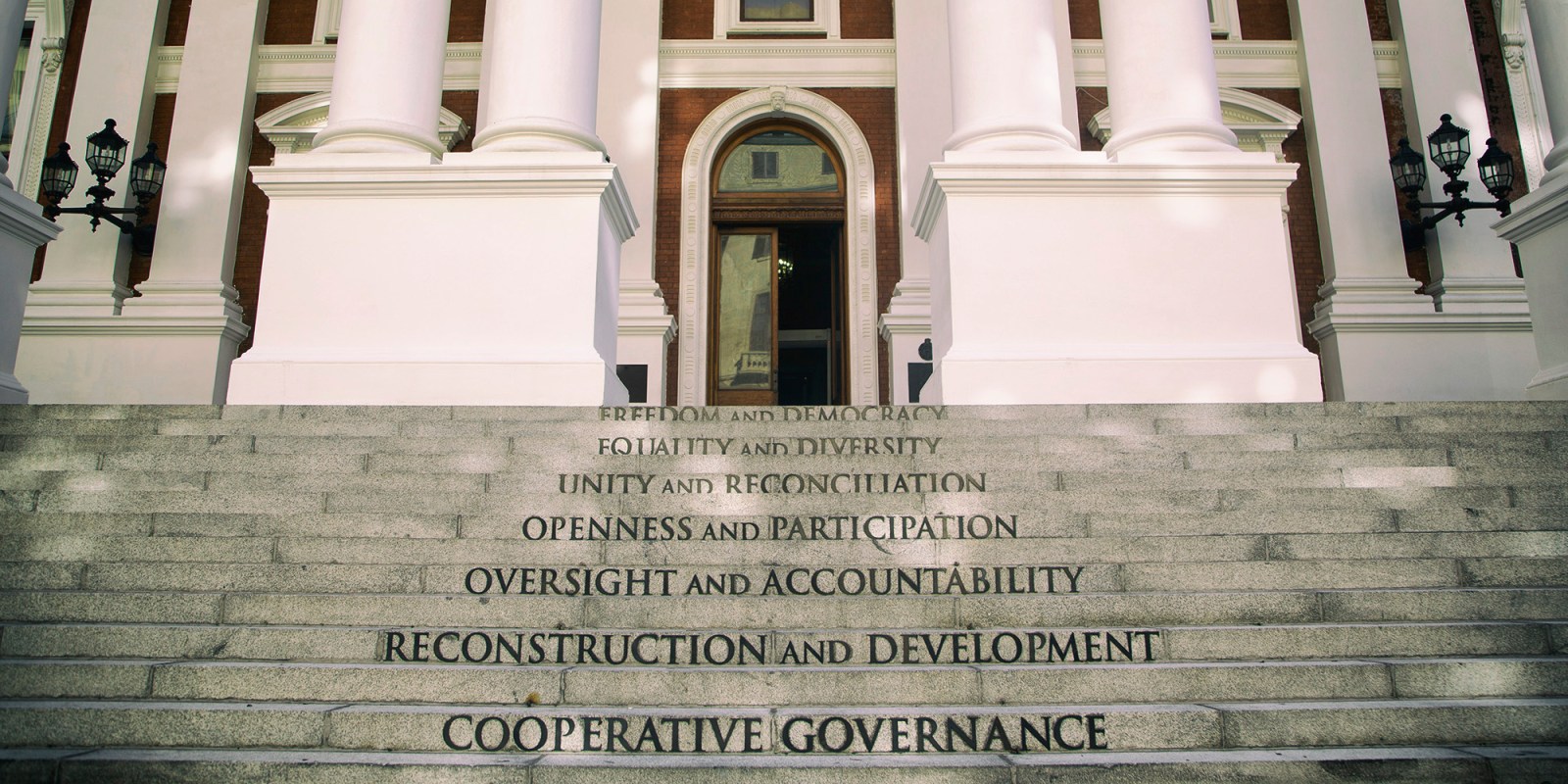 The clock is ticking toward the end-May deadline for a constitutional amendment to expressly allow land expropriation without compensation. But the EFF is pushing for an expansionary take that other opposition parties say is beyond the mandate of legislators. The ANC is watching.

If EFF MP Mbuyiseni Ndlozi and EFF Chief Whip Floyd Shivambu had their way, the current Constitution 18th Amendment Bill that has been subjected to public hearings and other input, would be significantly amended.

Their proposals included the effective nationalisation of land, mineral and natural resources, and constitutionally obliging all spheres of state — the executive, Parliament and the judiciary — to enact laws “to achieve redress and equitably redistribute all resources”. And the 1913 Natives Land Act cut-off date for land claims and restitution would be removed.

At last Friday’s meeting of the ad hoc committee on amending Section 25 of the Constitution, the EFF MPs pushed their proposals hard, while artfully dodging ANC MP Cyril Xaba’s question whether the EFF really meant all property is up for compensationless expropriation, not just land — and whether one should not extract land from the definition of property when it came to expropriation without compensation.

Doors to these meandering discussions were opened by ad hoc committee chairperson Mathole Motshekga, who disagreed with DA MPs Annelie Lotriet and Phineas Masipa and Freedom Front Plus Chief Whip Corné Mulder’s repeated caution to stick to the bill before them, and the mandate they received from the National Assembly.

“In case we exceed our mandate, we can’t judge ourselves. Parliament will call us to order,” replied Motshekga.

The ANC MPs didn’t seem to mind, not until it seemed the EFF was telling them what to do. “We know what we want to do. We will not be told by the EFF…” ANC MP Dibolelo Mahlatsi eventually said, adding that the governing party would not be pre-empted.

The Constitution 18th Amendment Bill that was taken for public comments and hearings is tightly phrased. It adds to the existing clause on compensation that a court may, when land is expropriated for land reform, “determine that the amount of compensation is nil”, with a new clause that national legislation of general application would set out the specific circumstances when the courts may determine nil compensation.

That law is the Expropriation Bill, currently undergoing public hearings in all provinces, which sets out that land that may be expropriated without compensation includes abandoned land, that held for speculation, and state land.

On 6 December 2018, a National Assembly resolution established the ad hoc committee to “amend Section 25 of the Constitution to make explicit that which is implicit in the Constitution with regards to expropriation of land without compensation, as a legitimate option for land reform so as to address the historic wrongs caused by the arbitrary dispossession of land and in so doing ensure equitable access to land and further empower the majority of South Africans to be productive participants in ownership, food security and agricultural reform programmes”.

But none of that seemed to matter last Friday as the EFF got its way of going through each of the clauses of the existing Section 25 of the Constitution to propose their amendments.

It’s clever political boxing. Because their proposals, like nationalisation, echo its February 2018 original motion — before the wording was modified in bilaterals with the ANC so the governing party would support this.

That motion on looking into a constitutional amendment came at an opportune time for the ANC, fresh from its December 2017 Nasrec conference where the radical economic transformation (RET) grouping at the last minute secured a resolution on compensationless expropriation.

But it wasn’t an outright win for the ANC RET grouping, given the Nasrec conference resolution includes qualifiers about protecting economic growth and food security.

“Expropriation of land without compensation should be among the key mechanisms available to government to give effect to land reform and redistribution. In determining the mechanisms of implementation, we must ensure that we do not undermine future investment in the economy, or damage agricultural production and food security. Furthermore, our interventions must not cause harm to other sectors of the economy…”

That February 2018 EFF motion as amended by the ANC to bring it into line with its Nasrec conference resolution set off countrywide public hearings that showed compensationless expropriation was widely seen as shorthand for redressing apartheid dispossession.

By mid-November 2018 a constitutional amendment was a done deal in committee, and on 6 December 2018 the National Assembly voted 183 in favour, 77 against, in support of the process currently under way.

The ad hoc committee to amend Section 25 of the Constitution took months to establish, but a draft bill was published in December 2019, deliberations were held and public hearings conducted alongside soliciting written submissions.

But with the May 2019 elections and the Covid-19 lockdown from March 2020, progress was slow. With several extensions to the ad hoc committee’s lifespan, the deadline for it to conclude its work is 31 May 2021.

Last Friday’s ad hoc committee discussions came as the push to step up land reform by releasing 700,000ha of state land for agricultural purposes to black farmers seems to have hit the wall.

During her Budget Vote speech on Thursday, Agriculture, Land Reform and Rural Development Minister Thoko Didiza acknowledged land reform was slow and the department had not hit its targets.

While some 436,000ha had been allocated, only 206,563 leases had actually been issued. Leases are crucial as these offer security of tenure and would also allow farmers to obtain credit and loans.

During this state land release process, DA MP Annette Steyn has highlighted how several black farmers faced eviction from the state land they had farmed for many years, but often without leases.

Compensationless expropriation may well be a mainstay of EFF populism and the ANC’s RET faction. But a substantive public, academic, legal and analytical determination exists that all tools for land reform and restitution exist in both Constitution and law — what had been lacking was political will.

The High-Level Panel on the Assessment of Key Legislation and the Acceleration of Fundamental Change, which highlighted the slow pace of reform and important gaps like tenure security, made several legislative recommendations, including a review of land held by state-owned entities (SOEs) and a National Land Reform Framework Bill.

That did not happen.

Instead, legislators in 2018 went the route of amending Section 25 of the Constitution to make explicit what is implicit — the possibility of expropriation without compensation.

Between them, the EFF and ANC have the numbers to adopt the Constitution 18th Amendment Bill — if the threshold is a two-thirds majority in the House, 267. If, as the FF+ and DA have argued, the threshold to pass the constitutional amendment was 75% because it amends the Bill of Rights, then the EFF-ANC cooperation falls short of the 300 by 36 votes.

High-stakes politicking lies ahead. Following “bilateral meetings”, as Motshekga called it, on Friday 21 May formal parliamentary committee deliberations on the Constitution 18th Amendment Bill are scheduled to resume. DM