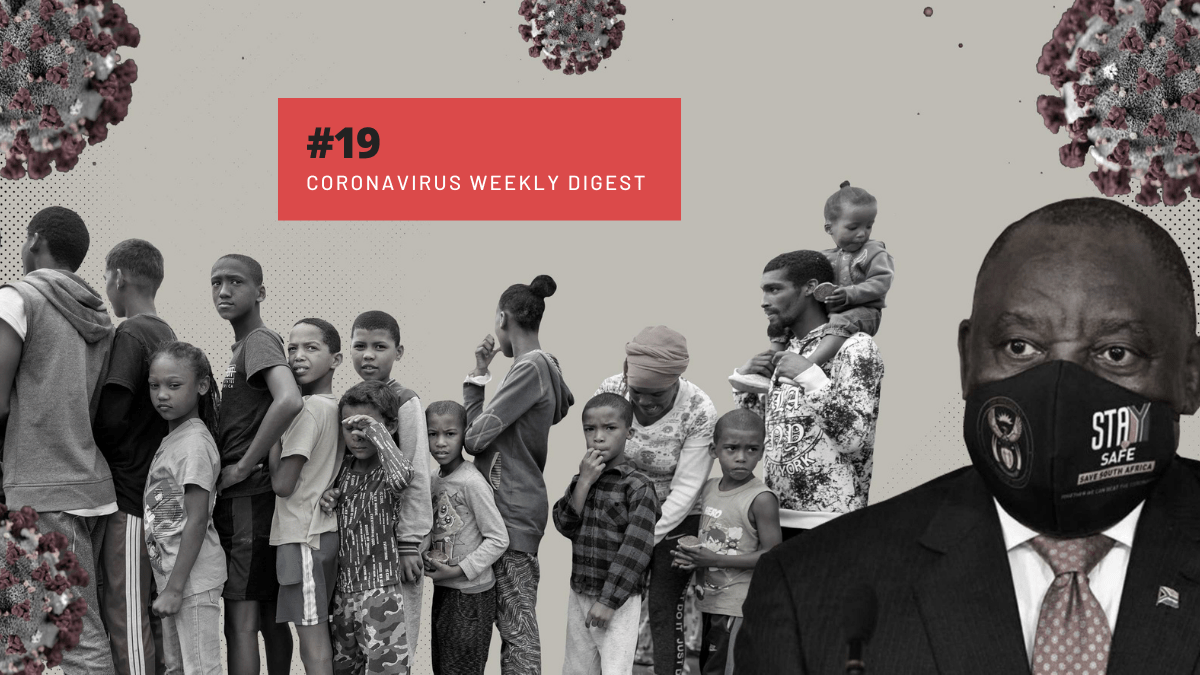 This week, South Africa adapted its vaccine strategy after ‘disappointing results’ for the AstraZeneca jab, the State of the Nation Address focused squarely on tackling Covid-19 and recovering the economy, and pupils, teachers and parents worried about schools reopening.

On Sunday, 7 February, Health Minister Zweli Mkhize announced a major change to South Africa’s vaccine roll-out: health workers would now receive the Johnson & Johnson vaccine and not the Oxford/AstraZeneca shot as planned. This came after the Oxford/AstraZeneca trial showed “disappointing results” that the vaccine did not work well against the new variant, 501Y.V2, originally detected in South Africa.

In the following days it was stressed that this did not mean the vaccine was useless. The World Health Organisation agrees. The data show it does not work as well against mild disease, but it probably does protect against severe disease, hospital admission and death, according to the principal investigator in the South African arm of the trial, Professor Shabir Madhi, on Tuesday, 9 February. Scientists are still deciding what should be done with the million doses of the vaccine, but Madhi says it should not be used “in someone young and healthy and not at a high risk of severe disease”.

The next day, Mkhize confirmed that the vaccination of health workers with the Johnson & Johnson vaccine can begin next week. It will be part of a large implementation study in the field. The company had submitted a rolling submission for approval to the South African Health Products Regulatory Authority last week, according to the Medical Research Council president and the principal investigator for the Johnson & Johnson vaccine trial in South Africa, Professor Glenda Gray. This vaccine has a higher efficacy against the new strain for the prevention of moderate disease and severe illness hospital admission and death compared with the AstraZeneca vaccine. Mkhize said a new vaccine schedule would be drawn up shortly.

Beating the pandemic is the ‘primary aim of all we do’, says Ramaphosa

This year’s State of the Nation Address was all about Covid-19 – how to overcome it and recover from it. President Cyril Ramaphosa said tackling Covid-19 is the most central issue, but must include healing the economy. Economic growth and reform needed to be sped up and corruption eradicated.

The R350 Covid-19 support grant has been extended for three months and the Unemployment Insurance Fund Temporary Employee/Employer Relief Scheme has been extended to 15 March. He confirmed that healthcare workers will receive the Johnson & Johnson vaccine from next week.

Civil society responds: Sona 2021 should have focused on strengthening the fundamentals

Teachers, pupils and parents anxious ahead of school reopening

Teachers should be instrumental in the reopening of schools, according to a new research paper by the Public Affairs Research Institute launched on 11 February. The paper looks at lessons learnt over the past year and recommends ways to improve the way reopenings are handled. It also highlights the important role parents can play if they are involved in their children’s education and argues that the definition of distance learning needs to be expanded beyond online learning. Zukiswa Pikoli reports on the panel discussion.

Read more: Covid-19 in kids: What we have learnt one year later

Read more: Back to school: Children have their own stresses- it’s time to listen to them

‘No truth’ in theories linking 5G to Covid-19

In January, unfounded theories linking 5G to Covid-19 became so rife and dangerous in KwaZulu-Natal that the provincial government launched an awareness campaign to dispel the myths. Perturbed by the global and national rise of these ideas, the Council for Scientific and Industrial Research held a webinar to debunk them. Two of its top researchers explained how 5G works and dispelled the most prominent myths in detail. Their conclusion: there is absolutely no truth to the theories. Read more here.

Since September 2020, the District Six Museum has raised R1.1-million through its Love Letters campaign. It appealed for donations after Covid-19 exacerbated its financial difficulties and finally things are slowly starting to turn around.

And the museum has many plans to get people back into the space and telling stories again. As Suné Payne writes, the museum still held its remembrance walk on 11 February – the day District Six was declared a “whites only” area under the Group Areas Act of the apartheid regime. The crowd might have been smaller, but as museum director Chrischene Julius said: “I think we don’t want to have an unbroken ceremony – the tradition… you want to go to the site, we want to be able to sort of mark that moment in Cape Town’s life and Cape Town’s history.”

Research published this week reveals that a coronavirus related to SARS-CoV-2 has been found in bats and pangolins at a wildlife sanctuary and at a checkpoint in Thailand. The researchers said this finding does not “pinpoint” the origins of SARS-CoV-2, but shows the extent of the area in which its relatives have been detected. Tiara Walters unpacks the implications of the study.

A new survey has shown that part of what affects whether a person is willing to comply with lockdown regulations is linked to how good a job they think Ramaphosa is doing handling the pandemic. According to the findings after three rounds of the University of Johannesburg/Human Sciences Research Council Covid-19 Democracy Survey, 80% of adults in South Africa think he is doing a “very good job” or a “good job”. The researchers expand on their findings here. DM/MC