SARS-CoV-2 relatives found in bats and pangolins in Thailand 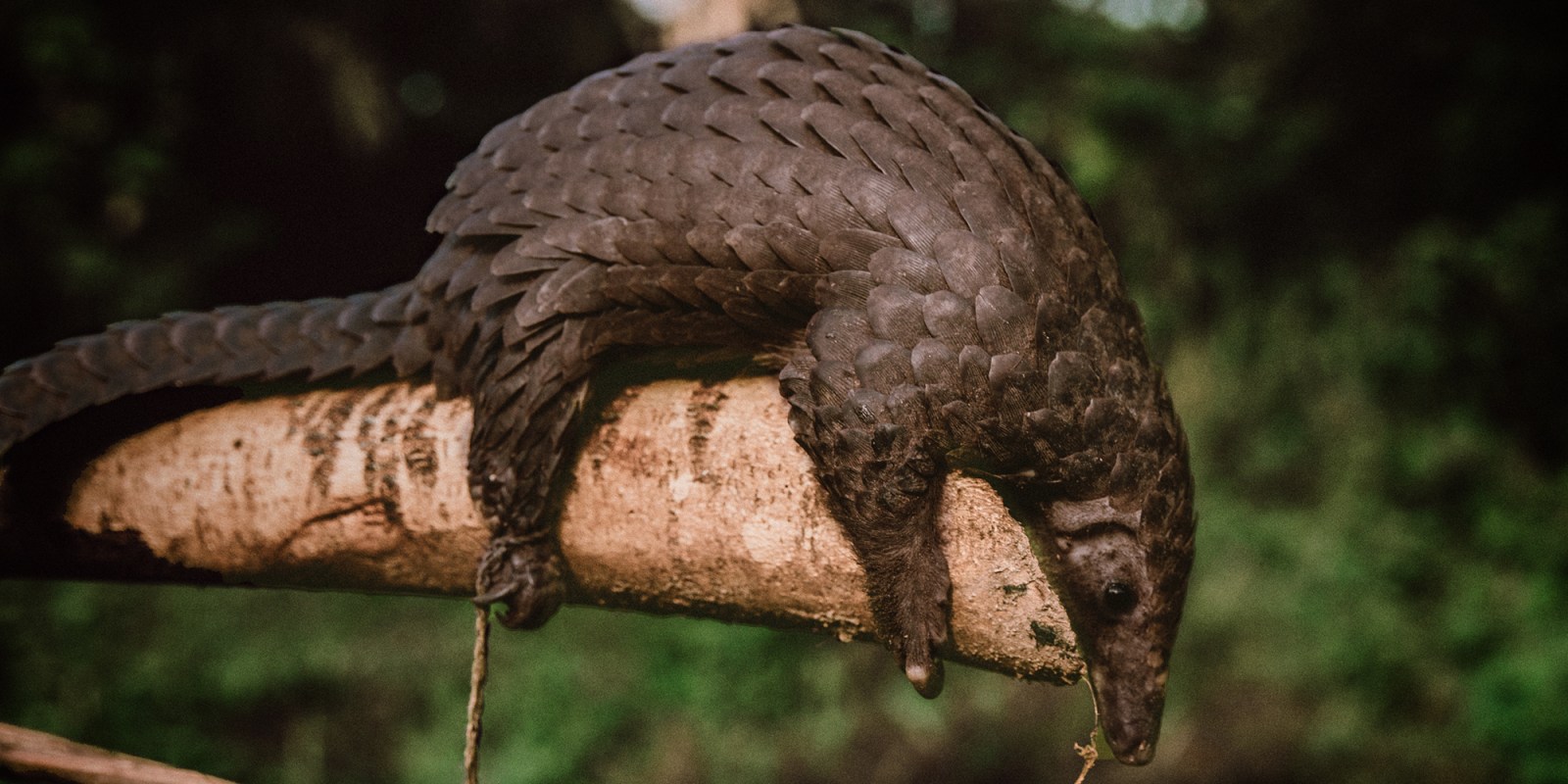 A pangolin captured by hunters in the Ituri rainforest, in Mambasa territory, Democratic Republic of the Congo, 19 October 2020. (Photo: EPA-EFE / Hugh Kinsella Cunningham / The Pulitzer Center)

Animals reveal antibodies ‘able to neutralise’ the virus that causes Covid-19, extending by 5,000km the area in which pandemic relatives have been pinpointed in wildlife.

A coronavirus related to SARS-CoV-2 has yet again emerged in bats and pangolins, this time at a wildlife sanctuary as well as a wildlife checkpoint in Thailand.

According to the new research, published in Nature Communications, some of the key giveaway clues were antibodies that can neutralise the virus that causes Covid-19. The findings dramatically swell the geographical reach where coronaviruses related to SARS-CoV-2 have been found in both types of animals.

These findings also support a host of other studies showing that animals funnelled through the wildlife trade are likely to pass on zoonotic diseases such as Covid-19 when humans are exposed to them.

In February 2020, Daily Maverick/Our Burning Planet was the first publication globally to report that a US research team had homed in on critically endangered pangolins from a Chinese wildlife sanctuary as a possible intermediate reservoir of SARS-CoV-2.

Bioinformatics researcher Matthew Wong had found that the distinctive RBD docking mechanism in SARS-CoV-2 was “identical to that of a pangolin coronavirus”, his Baylor College laboratory supervisor, Professor Joseph Petrosino, told Daily Maverick.

A pangolin virus and bat virus may have found themselves in the same animal, Petrosino said, leading to what he described as a “devastating recombination event, creating the pandemic strain. This may have happened in the wild, or where these animals were brought together in unnaturally close proximity.”

Pangolins are among the world’s most trafficked and endangered mammals.

Now, in this latest study, surveillance investigations led by Asian research institutions have identified “a close relative to SARS-CoV-2 in five acuminate horseshoe bats (Rhinolophus acuminatus) from an artificial cave in a wildlife sanctuary located in Eastern Thailand”.

Named RacCS203, this virus “exhibits 91.5% genome similarity to SARS-CoV-2” and is “closely related” to a previous discovery of a virus from bats in China, described as RmYN02.

“The detection of SARS CoV-2 neutralising antibodies in bats of the same colony and in a pangolin at a wildlife checkpoint in southern Thailand also provides evidence for the circulation of SARS-CoV-2-related coronaviruses in Southeast Asia,” the paper explains.

The research goes so far as to predict that “SARS-CoV-2-related coronaviruses may be present in bats across many nations and regions in Asia” – although the authors cautioned that their “sample size and area [are] limited”.

The authors further explained that their findings “do not pinpoint the origins of SARS-CoV-2”. However, “they extend the area in which SARS-CoV-2 relatives have been detected to a distance of around 4,800km”. They urged that “cross-border surveillance is urgently needed” to confirm the pandemic’s origins.

“Serological surveys [immunity traits of serum] can be superior and have a higher chance of success due to the fact that virus-specific antibodies last much longer than viral genetic material in infected animals,” they said.

“The rich diversity” of SARS-CoV-2-related coronaviruses in the region “suggests that there is a high probability to find the immediate progenitor virus of SARS-CoV-2 with intensified and internationally coordinated surveillance”.

Over New Year 2019/20, authorities isolated SARS-CoV-2 at a market selling wildlife in Wuhan, China. Although many “origin” theories have been floated (some less reliable than others), the market’s early cluster of environmental samples has provided the most complete, if inconclusive, forensic evidence yet.

International campaigners and scientists have called on such evidence – including a decades-old body of research on the established links between zoonoses and bushmeat – to end the global trade in wildlife.

Mapping the trade in bushmeat in 2016, the first global assessment on the subject found that some 300 terrestrial mammal species were consumed to the edge of their ability to survive. Published nearly four years before SARS-CoV-2 travelled across the planet, the study in the Royal Society Open Science journal sounded a clanging alarm:

“Hunting and butchering allow for high levels of direct contact of body fluids and are thought to have been important in emergence of Ebola, HIV-1 and -2, anthrax, salmonellosis, simian foamy virus and other zoonotic diseases,” the study said.

“Given high rates of international trade in wild meat and human movement, this could easily have important short-term global health consequences.”

In May 2020, Daily Maverick reported on how blood-sucking, worm-like leeches from a remote Bornean rainforest appeared to be paving the way for a rogues’ gallery of viral discoveries, including the Coronaviridae family.

Could the viruses pinpointed in the leech study infect humans via their host animals? The research did not say. However, the authors did imply that the viruses could mutate in ways that may not be appealing to people.

Meanwhile, Daily Maverick’s Department of Can’t Believe We Have to Explain This today reported on new South African research showing that there is “absolutely no truth” in origin theories “linking 5G and Covid-19”. DM/OBP

SARS-CoV-2 relatives found in bats and pangolins in Thailand