From vaccines to R350 grant extension and economic growth, South Africa will rise like the fynbos, says Ramaphosa 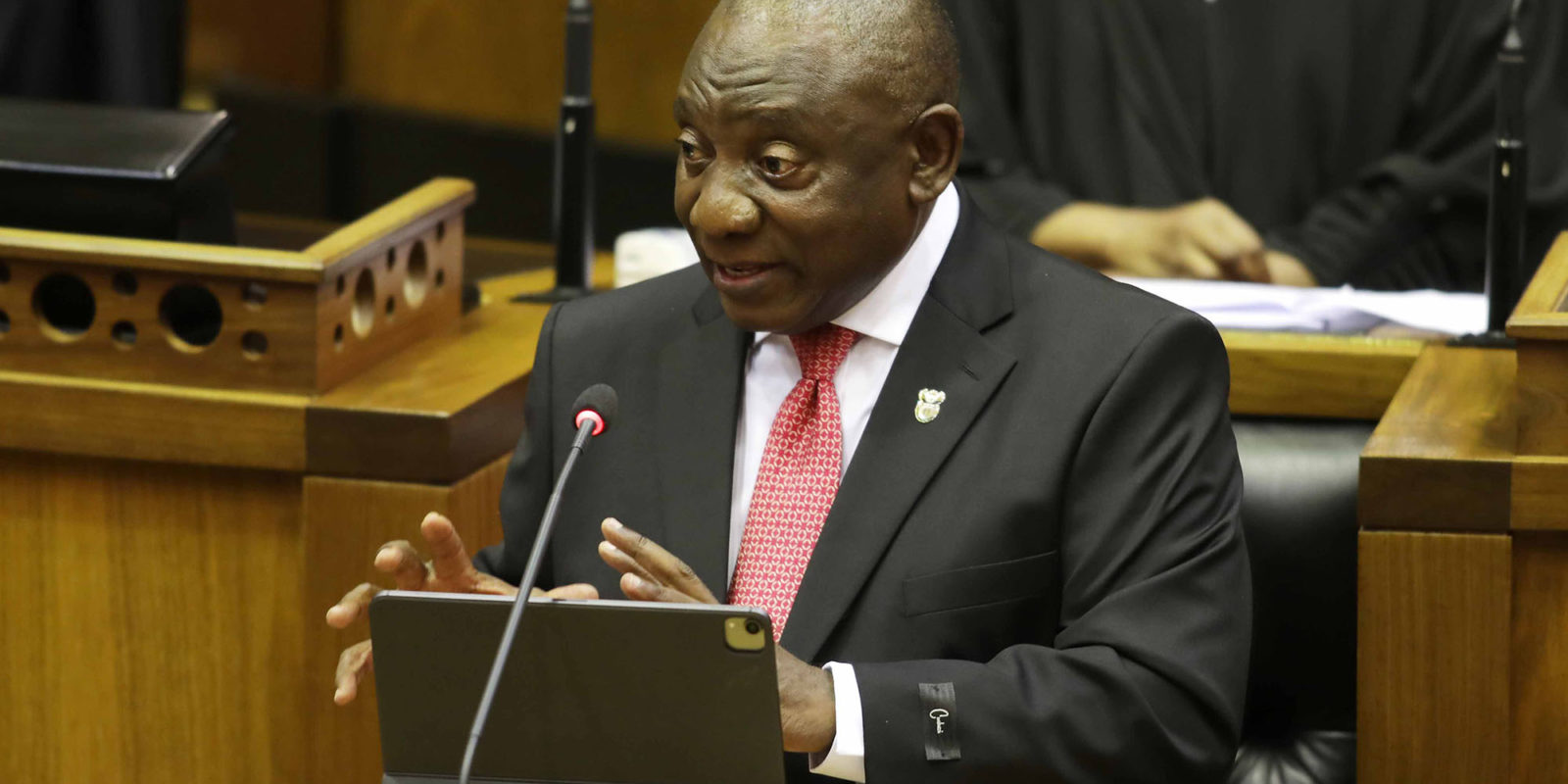 President Cyril Ramaphosa on Thursday pegged 2021 as a year of ‘change, for progress and for rebirth’ – with fighting Covid-19 as the most pressing priority, alongside rebuilding and restarting South Africa’s flailing economy.

“We must defeat the coronavirus pandemic; that is the primary aim in all we do. And second, we must accelerate our economic recovery. Third, we must implement economic reforms to create sustainable jobs and drive inclusive growth. And finally, we must fight corruption and strengthen the state.”

With this sharp focus, President Cyril Ramaphosa set out his administration’s priorities for the year. After all, he said, he was not at the podium of the National Assembly for his fifth State of the Nation Address (Sona) to make promises.

The R350 Covid-19 support grant has been extended for three months, as an effective and efficient way to support those affected by the pandemic lockdown restrictions. And the Unemployment Insurance Fund (UIF) Temporary Employee/Employer Scheme has been extended to 15 March.

Both those support measures have been central to demands by organised labour and also civil society.

Reiterating the message of his health minister, Ramaphosa confirmed the start of vaccination of healthcare workers with Johnson & Johnson vaccines as the first 80,000 doses of the secured nine million are arriving in South Africa next week. Over the next four weeks, another 500,000 doses will arrive.

“This year, we must do everything in our means to contain and overcome this pandemic,” said Ramaphosa. Without this, it would not be possible to bring about the economic changes needed.

Segue into harsh economic statistics, and how the Covid-19 pandemic has led to budgets being reprioritised and programmes deferred.

“Over the past year, South Africa has experienced a sharp decline in growth and a significant increase in unemployment. Poverty is on the rise. Inequality is deepening.”

The solution Ramaphosa proffered in this 6,805 word Sona was localisation – with 42 products identified, like edible oils, fruit concentrates, steel products and green economy input – a reiteration of a Buy Local campaign, and a series of master plans in the auto, chicken, clothing and sugar sectors.

“All social partners who participated in the development of the Economic Reconstruction and Recovery Plan as part of our social compact have agreed to work together to reduce our reliance on imports by 20% over the next five years,” said Ramaphosa.

“If we achieve our target, we will significantly expand our productive economy, potentially returning more than R200-billion to the country’s annual output.”

Crucially, he announced the new updated scarce skills list would be published next week. This would meet a key business wish, while his undertakings on the energy front would also go a long way to meet long-standing requests.

While not specific on details, Mineral Resources and Energy would soon announce successful emergency power bidders to provide 2,000MW, while the government would “soon” start initiating the procurement of 11,800MW of renewable power.

But the positive spin ended when it came to Eskom. Rolling outages are set to continue over the next five years – considerably longer than the March 2022 deadline previously raised – given supply shortfalls of between 4,000 and 6,000MW.

“We will continue to work relentlessly and without pause to create a more modern, efficient and competitive economy that is more open to all South Africans.”

The reform of state-owned entities (SOEs) is on the table, with a pledge to produce legislation in Cabinet in this financial year and Parliament in the 2022/23 financial year.

And while spectrum auction was not raised, digital migration was, with the first phased switch-off of analogue television transmissions set for March 2021 – and to be completed by the end of March 2022.

South Africa is about five years behind the initial June 2015 International Telecommunications Union deadline to move from analogue to digital.

While much of Ramaphosa’s Sona was a reportback charting progress, with various ranges of detail, at least two announcements were new.

The other new structure would be a statutory anti-corruption agency that would report to Parliament. That would be in addition to the National Anti-Corruption Advisory Council, whose members would be appointed shortly.

In keeping with the narrative of reporting back on progress, Ramaphosa outlined the important role of Operation Vulindlela, a cooperation between the Presidency and National Treasury.

Through his references to the fynbos that grows after devastating fires, Ramaphosa attempted to bring a dash of inspirational hope to an otherwise businesslike Sona that ran just over one hour and 20 minutes.

“Just as a harsh fire gives new life to our country’s fynbos, this crisis is an opportunity to build a different, better South Africa,” said Ramaphosa in an appeal to social compacting.

“It requires that every South African takes responsibility and plays their part. Let us work together as government, as business, as labour and as all of society to clear away the rubble and lay a new foundation.” DM