Back to school: Children have their own stresses – it’s time to listen to them 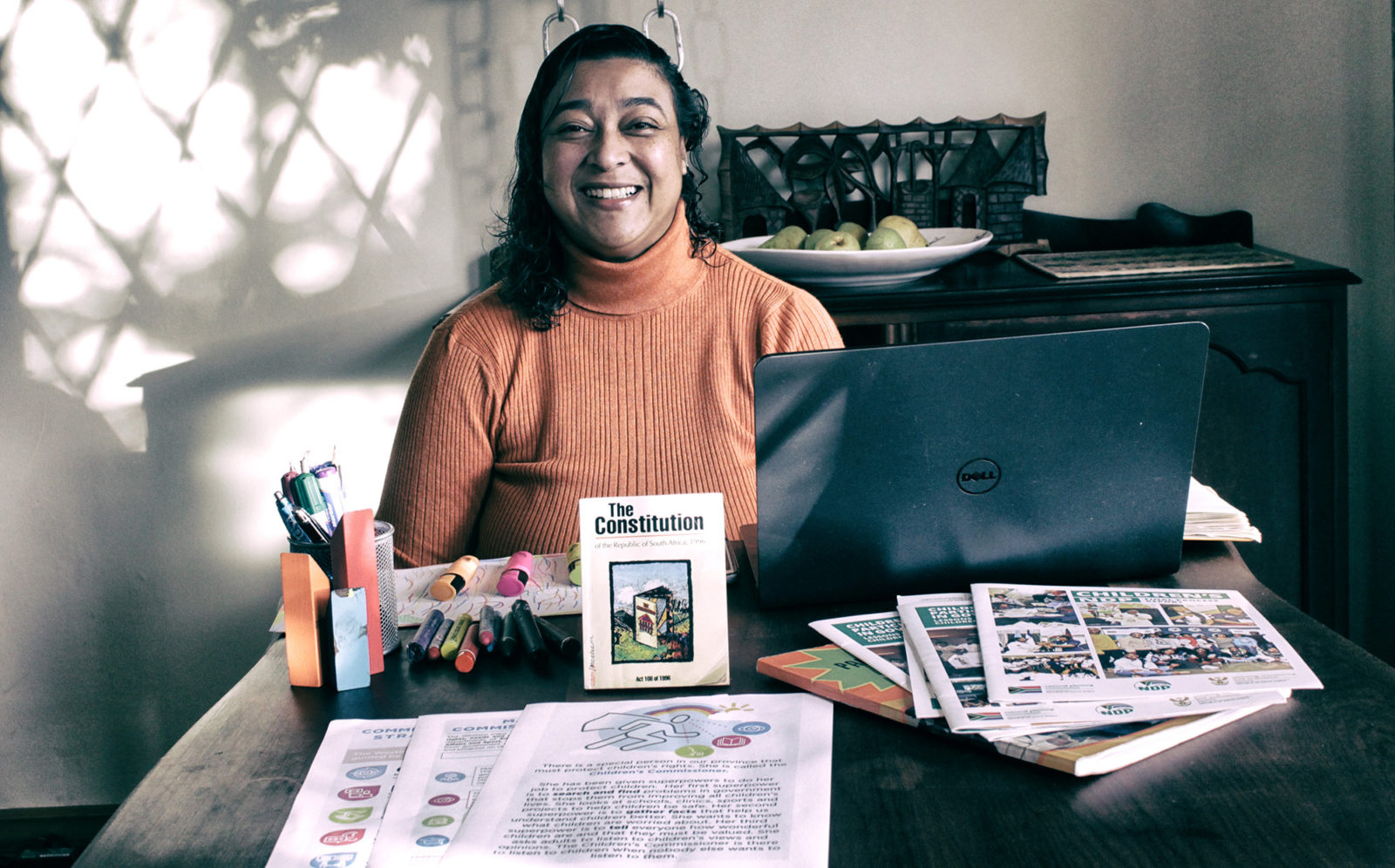 Children’s voices must be heard, especially when it comes to the question of returning to school during Covid-19, says Christina Nomdo, the Western Cape children’s commissioner.

It was after a conversation with her five-year-old niece that Western Cape children’s commissioner, Christina Nomdo, realised the need to prioritise mental health issues among children. Also, most importantly, that they needed to be listened to.

During an interview with Daily Maverick, Nomdo relayed the conversation with her niece. At the end of December 2020, the little girl said to her: “Tina, can you please speak to the president (Cyril Ramaphosa), about whether I can go to my school for grade R since we have Covid?”

After the conversation, Nomdo reached out to children (and their parents for consent) – via her office’s social media pages – to find out their views on schooling during Covid-19. Three key themes emerged:

Children were aware of health protocols and modelled their behaviour on that of adults. The younger children had told her that teachers pull down their masks in class.

“Now, this is not something that is health protocol at all… And so we must get that message into the system, that you’re not protecting yourself or the children by pulling down your mask.”

Children most challenged by distance learning and access to materials were those who could not afford laptops and data for smartphones.

Another problem was the department of basic education’s lack of consultation with children about their return to school, despite structures such as the Representative Council of Learners existing within the South African Schools Act.

When asked about the solicitation of children’s views through channels such as social media, Nomdo said she did not speak on behalf of children nor did they speak on her behalf, but that social media was simply a platform to amplify their voices.

Nomdo was one of 15 people interviewed for the position of children’s commissioner in February 2020 by the Western Cape legislature’s standing committee on social development. In March, the committee nominated Nomdo as their preferred candidate and on 1 June last year, Nomdo became the province’s – and the country’s – first children’s commissioner.

But it hasn’t been easy. She took the job in the midst of South Africa’s Covid-19 lockdown.

For six months, Nomdo had no staff – until she appealed to the government to expedite this process.

“Now I have the go-ahead to appoint staff… and so we have initiated the recruitment process.”

So far, the office has three out of a required staff complement of 12. This is along with 45 government monitors the office had during 2020. Some of these monitors sit on an advisory council, attend webinars with her and sit in on interviews for new staff.

What is the biggest lesson learnt about children during Covid-19?

The prioritisation of mental health was the most important factor.

“They (children) really want everybody to understand they are particularly stressed during this time, as adults would be,” she said.

“But it’s almost as if we don’t give enough attention to their stress.”

Some of the stresses include isolation during Covid-19 illness, distance learning away from their peers and coping with the stages of lockdowns.

“So they had to take the trouble to use technology and reach out to their friends… music for them is a great comfort. And so you learn the kind of coping strategies that children put in place to deal with mental distress.”

Children want adults to not only worry about whether they are Covid-19 safe and sanitising and wearing masks. “They also want us to take into account that they are whole human beings and their emotional wellbeing is very important.”

What advice would she give to parents?

“Check in with your child,” said Nomdo. “How are you doing? What are you doing today? What are the kinds of things you are worried about… you know, let’s be explicit about profiling that and then see what kind of support you need from me, because children’s greatest support comes from immediate family and friends.”

Children need to be reassured that parents are prioritising their wellbeing and confirming the support systems they have. She said it was connectedness that needed work.

What more could the government do?

Nomdo said she has noted the Western Cape education department’s programme where teachers check in with learners every day, “because you don’t know when that child might have lost a loved one, or if somebody has tested positive, or if there’s particular strain and stress around food security or violence that’s going on in the house during this time”.

But it was not just about the children. She questioned whether enough was being done for the wellbeing of teachers and carers. However, she said the department had strengthened its employee wellness programme.

“If you have parents and teachers who are well, then you’re going to have children who are well and feel safe.” DM

Shabir A Madhi and Jonny Myers • 11 hours ago