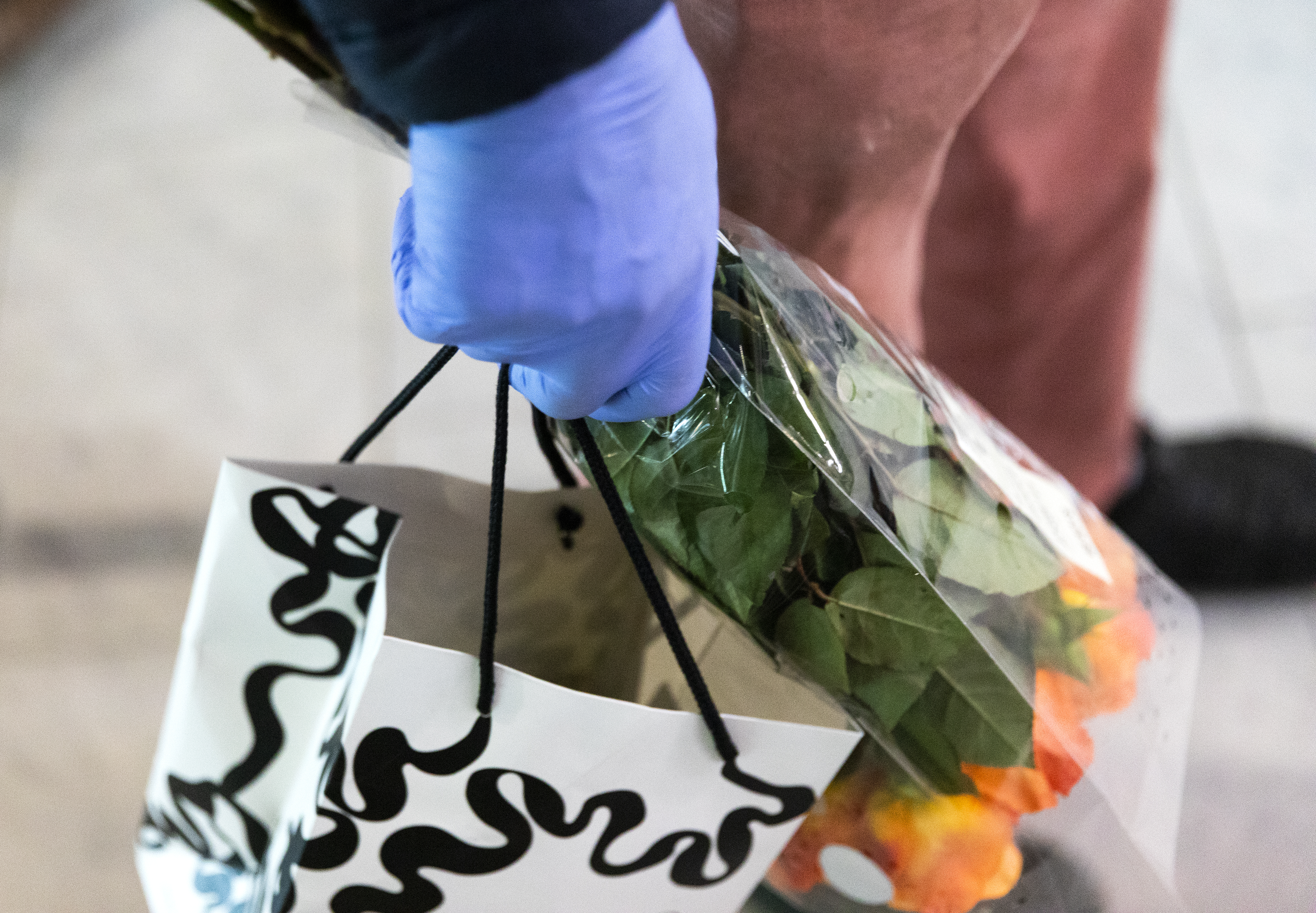 A man wearing a surgical glove holds flowers and a gift for his loved one while waiting at Cape Town International Airport on Monday 16 March. (Photo: EPA-EFE/NIC BOTHMA).

Things changed overnight in South Africa on 15 March, and it won’t be the last time it does. Daily Maverick’s Covid-19 Daily Digest will provide the essential bits of information about the virus’s impact in South Africa and the world each day. A world that will never be the same again.

The latest update which was sent out just before midnight on 17 March, revealing that South Africa now has 85 confirmed cases of Covid-19, with eight of those testing positive reporting no travel history, meaning local transmission cases are starting to present at health facilities.

On Sunday night, 15 March, the reality of the pandemic hit home when President Cyril Ramaphosa addressed the nation and declared the National State of Disaster.

The plan is far-reaching and has immediate impacts. If you’d like to have another read of what the president said, find the full statement here. There is also a bullet-point version.

To put this moment in context, Ferial Haffajee analysed the president’s leadership at this time – in short, there was no mincing of words and absolutely no sugar-coating.

As promised, ministers lined up on Monday 16 March to explain details of how exactly this action plan is going to work. Greg Nicolson was at the presser and has written about how the plan affects rights, travel, transport, meetings, business, sport, art and the healthcare system.

Taking this all into account, South Africa’s approach is pretty much in line with international best practice on how to tackle the pandemic. Rebecca Davis wrote a comprehensive comparison with aspects of the strategies of Taiwan, South Korea, Singapore, Kenya and the Netherlands.

The Eastern Cape has since announced its own action plan. Premier Oscar Mabuyane has said that a public education programme will be broadcast on the province’s public radio station and that roadblocks with screening tools will be set up at entry points into the province. If the hospitals fill up, then marquee tents will be set up as field hospitals. The province will call up thousands of nurses to help, and water tanks and soap will be delivered to where it is in short supply.

Although these new restrictions only came into effect on Monday 16 March, sport in South Africa has already felt the pain.

As Craig Ray writes, the Cape Epic was cancelled at the end of last week – a mere 40 hours before the race was due to start. Rugby has been dealt a blow with the indefinite postponement of Super Rugby and the cancellation of an international under-20 tournament and Rugby World Cup trophy tour events. The Two Oceans was outright cancelled for the year on Saturday 21 March.

Cricket South Africa has suspended all games under its control for the next 60 days. The Premier Soccer League has postponed this week’s league fixtures, but not the entire league.

Craig Ray has another important point: Where are SA’s sportspeople in the fight against Covid-19? 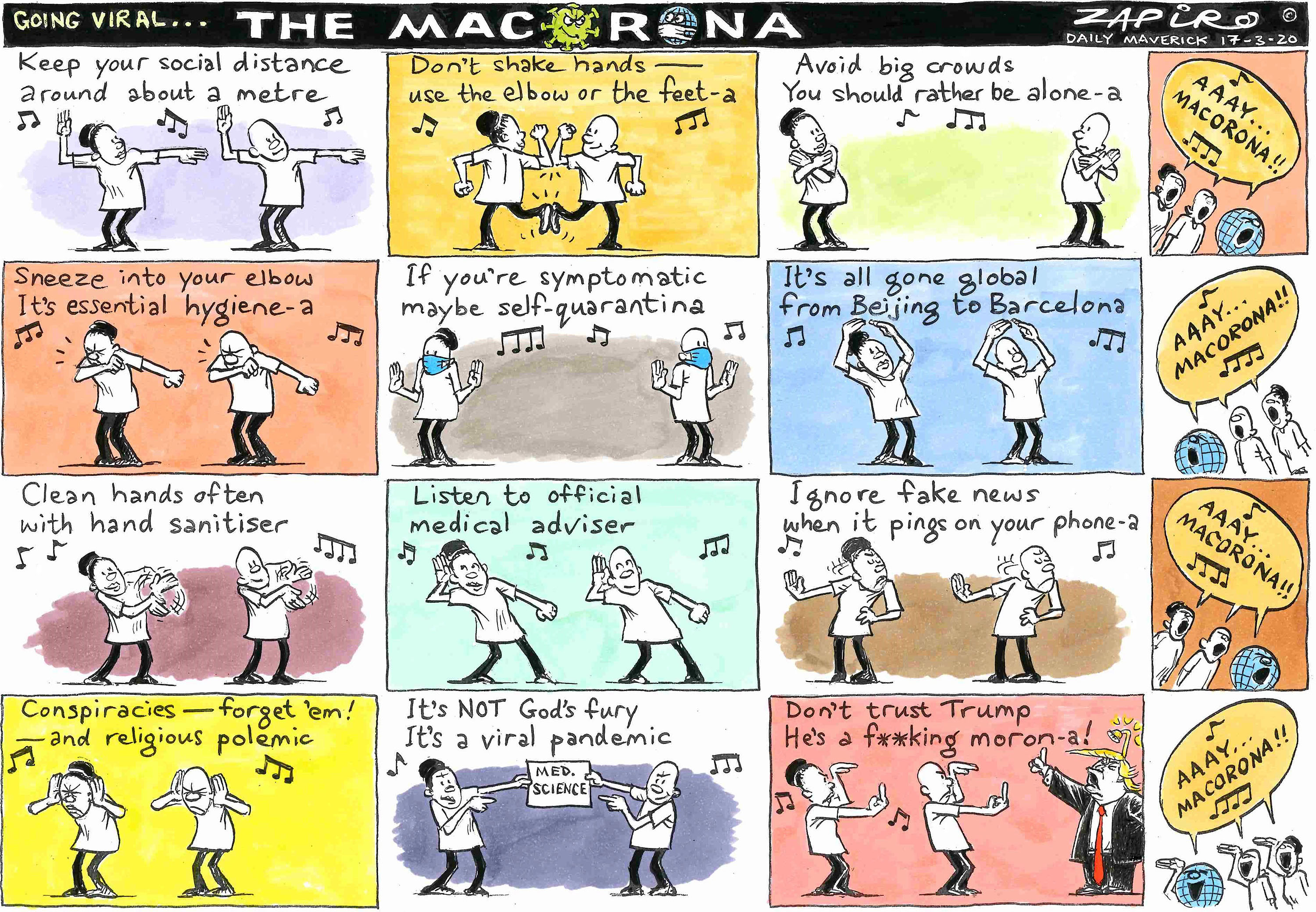 Parliament cancelled its 16 March sitting because it would breach the ban on meetings of 100 people or more. Other meetings have been affected, too, and the government has had to cancel events such as Human Rights Day commemorations for this reason.

As Marianne Merten writes, political parties have also had to adjust their plans. Helen Zille has cancelled the DA’s April policy conference and John Steenhuisen has postponed his campaign ahead of the May election of a new party leader. The ANC has had to cancel upcoming events at Sharpeville, including visits to the families of those who died in the massacre.

Civil society organisations have started to plan and coordinate their united response to the pandemic to protect human rights and prevent the spread of Covid-19. Here you can read a call to action already put out by the Civil Society Coordinating Collective, a network of 50 organisations mainly based in Gauteng.

Faith-based organisations are also making calls to action. In an unprecedented move, the three living archbishops of the Anglican Church of Southern Africa have released a joint statement asking southern Africans to care for one another during this time by caring for themselves, young and old.

As South Africa prepares to close all its schools today (18 March), it is worth taking stock of how much is known about the impacts Covid-19 has on children. So far, schools will be closed from today until after the Easter weekend. June holidays will be cut short to make up for lost time and school hours might be extended. In the meantime, schools have been encouraged to provide material for home-study.

The Department of Education, in collaboration with the National Institute for Communicable Diseases, released guidelines for schools last week on how to deal with the pandemic in schools. Ayanda Mthethwa rounds up what has been announced so far.

Kathryn Cleary found that children are as much at risk of infection as adults, but their symptoms are milder. They have not been proven to be drivers of transmission. Unicef has published guidelines on how children might respond to stress during the pandemic and how it can be eased – it’s all about playtime, routine, age-appropriate facts and teaching them how to stay safe. 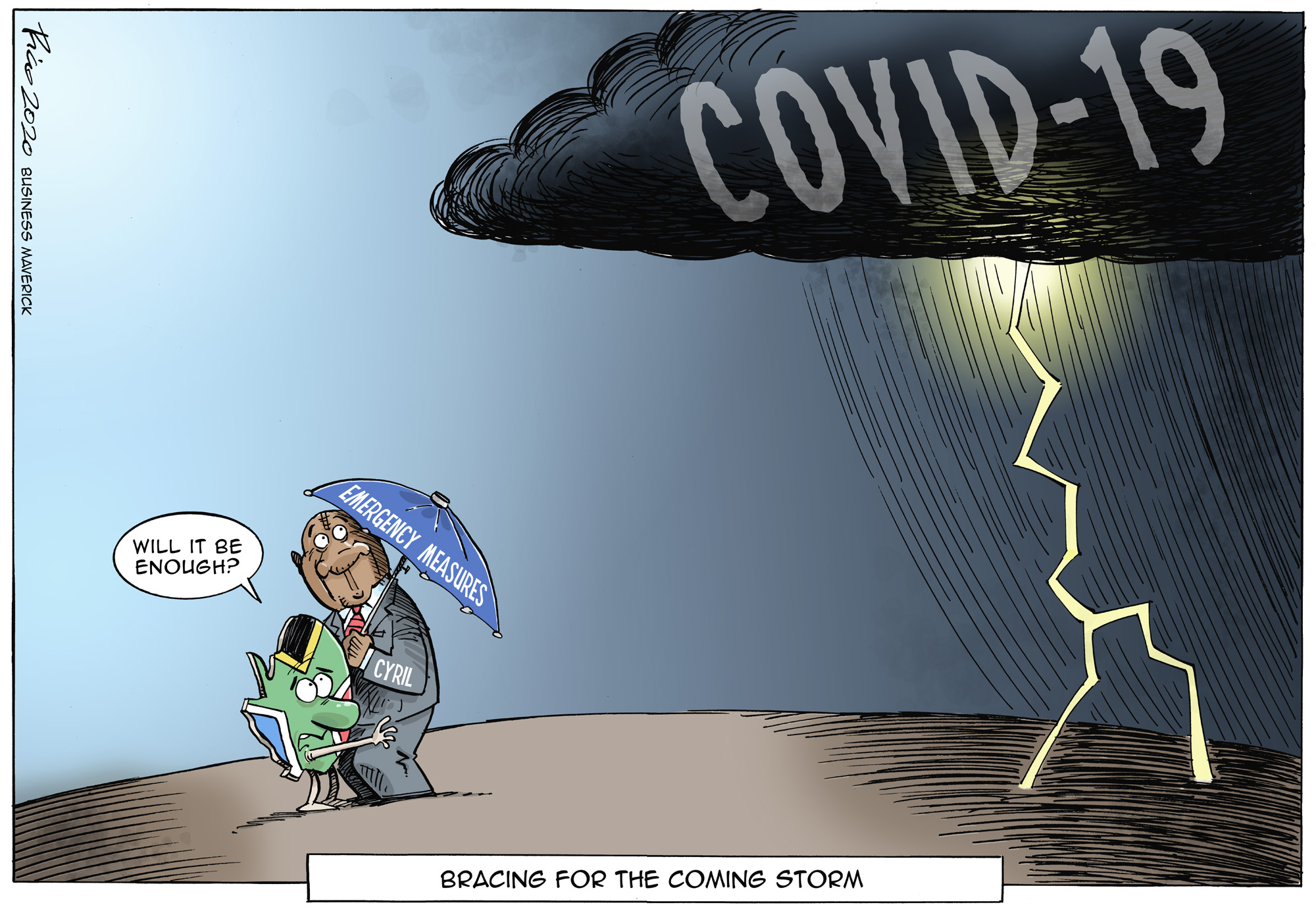 Another uncertainty is how the pandemic will affect global supply chains of medicine, and therefore the access that South Africans have to medicine. Countries around the world are looking into this potential problem. South Africa’s National Department of Health is investigating how this might play out here, including meeting with suppliers to assess their stocks. However, as Catherine Tomlinson writes, shortages are not a new problem yet there might be a new solution on the table.

Workplaces are facing uncertainty too as staff may need to stay away from the workplace to be quarantined, work from home or look after children.

The Department of Employment and Labour has said that special leave provisions can be used as well as Unemployment Insurance Fund benefits if someone has travelled to a place with a high infection rate or has been in contact with someone who has the virus. There are conditions though. As Ferial Haffajee writes, the government is also considering a UIF tax reprieve for some companies upon application.

One thing is certain though: soap, any ole soap, is your new best friend. Malibongwe Tyilo explains why it works so well to keep Covid-19 at bay, right down to the molecular level.

In case you need a refresh, here are some myth-busters and simple steps to keep a cool, caring head during a time of overwhelming floods of information. If school biology is a bit hazy for you, walk through this visual story on virus literacy for beginners, with a special focus on influenza and Covid-19.

As we settle into this new unpredictable “normal”, we can perhaps look to the perspective of those from other regions. An Wentzel takes a walk through a New York State of Mind, under siege.

Finally, words of reason from an address given yesterday by the World Health Organisation’s director-general, Dr Tedros Adhanom Ghebreyesus:

“This is the defining global health crisis of our time.

“Crises like this tend to bring out the best and worst in humanity.

“Like me, I’m sure you have been touched by the videos of people applauding health workers from their balconies, or the stories of people offering to do grocery shopping for older people in their community.

“This amazing spirit of human solidarity must become even more infectious than the virus itself. Although we may have to be physically apart from each other for a while, we can come together in ways we never have before.

“We’re all in this together. And we can only succeed together.

“So the rule of the game is: together.”

As Sergeant Phil Esterhaus famously used to remind his crew every day in Hill Street Blues: “Let’s be careful out there”. DM