A usually resilient world of sport not immune to Coronavirus 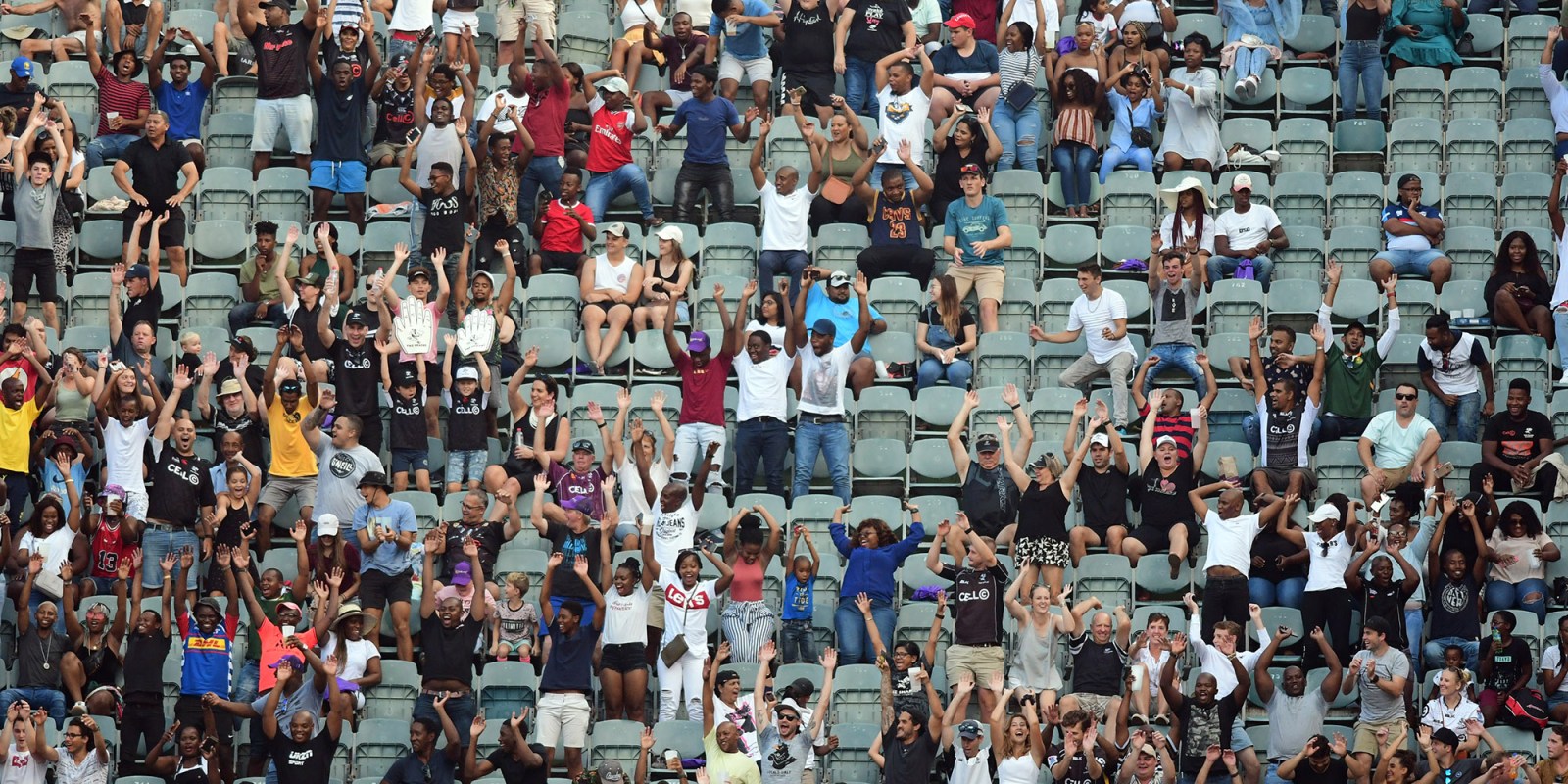 For a short while to most South Africans, coronavirus seemed like a problem happening somewhere far, far away. It was not a South African issue. That view and the false sense of security have changed dramatically in the past week.

In the sporting arena, the situation has rapidly moved from one where foreign leagues and tournaments were being postponed and cancelled, to a massive local problem.

In the past 72 hours, South African sport has felt the direct brunt of the seriousness of the pandemic. Sport is usually resilient against the forces of geopolitics and almost always carries on regardless of global tensions.

But coronavirus (Covid-19) has no such boundaries and just about every major global sporting league or event has been stopped in its tracks. Future events such as the 2020 Olympic Games in Tokyo appear increasingly unlikely to go ahead as well. Only World Wars have stopped the Olympics from taking place.

Cape Epic ‘should have called it off’ earlier

On Friday, the Cape Epic, one of the world’s leading mountain bike stage races, was forced to concede defeat and cancel the event about 40 hours before it was due to start.

The late announcement created chaos for overseas riders in particular. Hampus Rinne, an amateur competitor from Sweden, arrived in Cape Town  only last Thursday and on Sunday was frantically trying to change his return flight home as global borders go into lockdown. Had the race been called off sooner, many like him would not have made the journey to South Africa.

“We were monitoring the situation closely from home before we left and we had some serious discussions with our families and our places of work about not coming to Cape Town,” Rinne told Daily Maverick.

“We have all the facts now, so it’s easy to say what should have been done in retrospect, but I really think the Cape Epic should have called it off earlier.

“They should have reconsidered because of all the cyclists from Europe, Australia, New Zealand, the US and Canada who have come over here. Maybe the Cape Epic should have followed the news a bit closer, although South Africa has not had a huge breakout yet.

“We don’t know, but the law of averages would suggest that at least some of us who came here for the Epic are carrying the virus.

“My manager at work said to me that if I came to South Africa there would be a problem. And guess what? He was right. That’s perhaps the worst thing – going to my boss and saying he was right.

“The Cape Epic organisation has always been super good at communication and this year was no different. We had regular emails telling us they were aware of the coronavirus and that they were monitoring it, but that they wanted to push to have the race.

“The day we left Sweden, they sent out a questionnaire from sponsor Mediclinic about where we had been recently and about our medical condition. That was a sign things had become very serious.

“But we were still confident when we left Sweden last Wednesday afternoon that the race would take place. It felt like the Cape Epic had done its homework. We also checked with Swedish authorities and they said that only China, Iran and Italy were off the travel list and that it was fine to come to South Africa.

“At the presentation speech we realised there was a problem. The organisers announced that the race could not go ahead on the advice of the Western Cape government and Mediclinic. I wouldn’t say there was anger, but there was huge disappointment in the room. I don’t think anyone can be angry. They did it for the safety of the competitors as well as people in this country.

“Most people were prepared that this was a possibility and if you weren’t prepared for this, you haven’t been watching the news at all.

“I’m really hoping we will get back into Sweden now without being forced into quarantine, but things are changing by the hour.”

Naturally, the Cape Epic wanted to do everything to go ahead and there was no perfect time to call it off. Race founder Kevin Vermaak said on Friday night:

“I have taken this step with a heavy heart, but the health and safety of everybody involved in the event has to be paramount. At 6pm today we received formal advice from government.”

Banking giant and title sponsor Absa supported the call to cancel the race while Cape Epic spokesperson Tim Whitfield said it was logistically impossible to reschedule the race.

“We take over a year to plan each event and that includes a lot more than simply finding dates that suit the participants as well as the towns and venues that host the event,” Whitfield told cycling website inthebunch.co.za.

“The physical setup and breakdown of the various race villages takes weeks from beginning to end and involves months of planning to get all the roleplayers on board. So, to expect them to be able to replicate all of that for a second time within a calendar year is just not practical.”

The final push to halting the tournament came after New Zealand’s government announced a 14-day quarantine period for all visitors to that country.

“We are extremely disappointed for the players, our fans, broadcasters and partners, but given the complexity of our competition structure, and the multiple geographies that we cover, we have no other option but to align with such directives,” Sanzaar chief executive Andy Marinos said.

“We also believe it is time for all those players currently overseas to return home and to be with their families.

“Our priority is, therefore, to ensure our players are within their home territories from the end of this weekend. Sanzaar will also remain engaged with its stakeholders and will continue to explore avenues to see if we can keep the rugby product alive within our core markets, with the possibility to be in a position to resume the tournament, if at all possible, in future weeks. We have currently played seven rounds out of the 18 in the normal regular season.”

“Ensuring the wellness of players, supporters and staff as well as playing rugby’s part in helping counter the pandemic is of primary importance,” said Jurie Roux, CEO of SA Rugby.

“We remain in ongoing conversations with statutory health and governmental authorities and will abide by their guidance and instruction.

“This is a highly fluid situation and although the majority of our planned competitions and events currently remain as scheduled, we are planning for all possible scenarios to help combat the virus and protect the health of our community.”

SA Rugby had also put in place internal protocols in line with government advice to counter the threat of the virus.

“We will immediately advise the rugby community of any change in the status of our competitions and business operations if and when the situation changes,” said Roux.

On Sunday, organisers made the decision to cancel the 51st edition of the iconic Two Oceans Marathon, which was due to take place on 11 April. It is not only a blow for the race and runners, but for Cape Town’s economy.

“We have been monitoring the status of the novel coronavirus pandemic as events have unfolded internationally and locally and we’ve consulted with public health experts and authorities,” explained race director Debra Barnes.

“The health and safety of the competitors, staff, sponsors and the global community are paramount and an event of this scale poses far too great a risk to continue. Guided by this priority and global best practice, the TOM NPC has made the difficult decision to cancel the world’s most beautiful ultra-marathon for 2020.”

The low profile Over-50 Cricket World Cup, which is being played across the Western Cape, was also called off on Sunday.

“It is a public health risk decision,” said the head of the tournament’s medical committee, Dr Parag Pandya.

“The decision was taken for the protection of the players, given their age demographic, but also for the local population given that 95% of known cases in South African have come from travellers.”

Seven of the 11 visiting teams have been staying in the same Cape Town hotel where appropriate precautions have been taken and they will remain there until arrangements can be made for their repatriation. DM