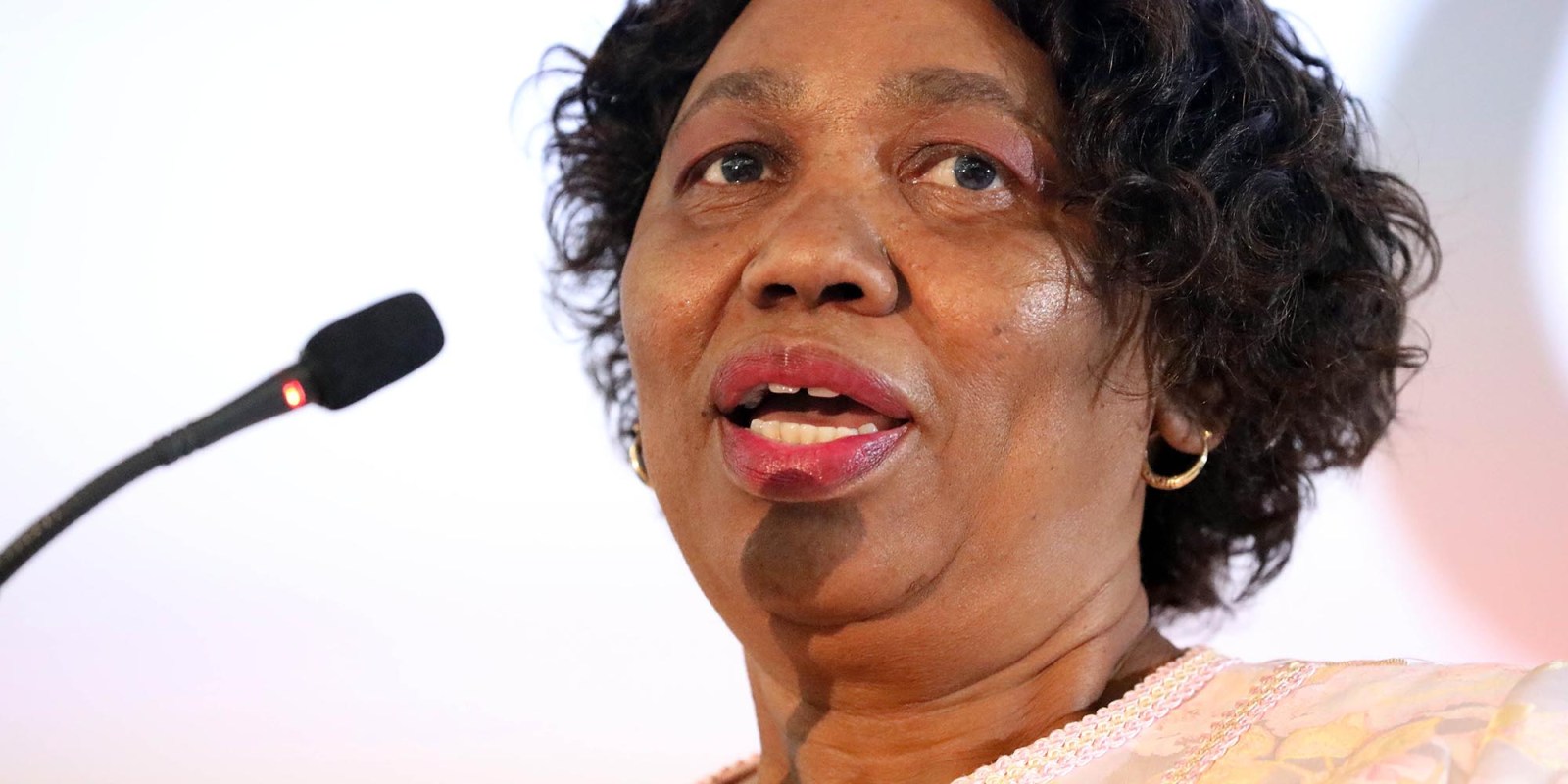 As schools prepare for an early closure after President Cyril Ramaphosa’s Sunday evening address on the Covid-19 pandemic, Minister of Basic Education Angie Motshekga said a revised school calendar would be announced. In addition, all schools must devise a comprehensive catch-up plan to ensure that learning is not affected. Whether this will include alternative learning channels is yet to be determined.

A shortened June school holiday and extended learning hours when schooling resumes are just some solutions on the table to deal with the loss of teaching time as a result of the coronavirus-enforced break.

On Sunday, President Cyril Ramaphosa announced that schools would be closed by Wednesday 18 March and reopen two weeks later on 14 April in a bid to contain the spread of Covid-19. So far 61 people have been infected with the virus, including two local transmissions.

Schools, in particular, have been identified as one of the biggest threats in terms of the transmission.

Speaking during a ministers’ briefing on how various ministries and departments would deal with the effects of the pandemic, Basic Education Minister Angie Motshekga said the department would formally announce a school holiday calendar accommodating all changes that have come into effect since the President’s address.

The extended school closures will result in the loss of 10 school days which the department said would be compensated for by shortening the June school holidays by a week. And once schools resume, learning hours will be increased.

In a statement released after a briefing, the education department emphasised that all schools – whether private or public – had to adhere to the directive.

“It must be noted that this directive affects all schools; public schools, independent schools and private schools. The technical aspects of these measures will be addressed by the concerned parties. Let’s keep in mind that the president has declared a national disaster which means that we are operating under extraordinary conditions,” the statement read.

Schools have also been urged to give learners workbooks and worksheets “to be used to keep learners active on curriculum-based initiatives” during the shutdown.

According to the statement, a meeting by the Council for Education Ministers agreed that a number of steps needed to be taken to ensure that education is not compromised.

“Each province, district, circuit and school must have a practical and comprehensive catch-up plan to be implemented. As things stand right now and based on expert advice we should be able to manage coronavirus such that the negative impact on schooling is minimised,” the statement read.

Some schools have already begun to indicate some of their plans.

A high school in northern Joburg has indicated that it would be cancelling the June examination for Grades 8 to 12. A revised assessment plan would be issued in the new term.

A primary school, also in Joburg, said in a communique to parents that no school tours would take place in the second term and since they had already begun the second term’s work, the impact of the extended break would be minimal.

But there was still a concern, particularly with regard to preparing matric learners.

Basil Manuel, an executive director at the National Professional Teachers’ Organisation of South Africa (Naptosa) said they would raise a number of concerns at a meeting with Motshegka set to take place on Tuesday 17 March.

“We will raise secondary concerns with the minister in relation to preparing for the ‘what ifs’ and this particularly relates to our matric learners who are at exit level of their studies,” said Manuel.

Mugwana Maluleke, the general secretary of the South African Teachers Union (Sadtu) told Daily Maverick that very few schools in the country would be able to administer e-learning to ensure schooling continued.

“For the majority of our schools, there is no other platform that can be used for e-learning. There are few schools that would be able to use smartphones and download learning material,” he said.

Both Maluleke and Manuel said the meeting on Tuesday with the minister and the education sector would be used to devise a comprehensive education plan that would be mindful of all scenarios.

“I have been getting calls from our Early Childhood Development Centres and creches asking whether they should also close, and I could not give them an emphatic answer because I am waiting for the meeting with the minister tomorrow and we need to give guidance to that sector also,” Manuel said.

Globally, UNESCO predicts that as of 16 March governments in 73 countries announced and implemented school closures. This has affected 515.6 million children and youth.

Health Minister Zweli Mkhize has cautioned that there might be a need for a country lockdown depending on how the virus continues to spread. But this remains indefinite. As it stands, there are 1,000 people undergoing testing by the National Institute of Communicable Diseases who possibly have had contact with the virus.

Maluleke stressed that there should be collective thought on ensuring that if schools had to be closed for longer, what contingency learning channels would be made available.

There are also impacts on higher education.

Minister of Higher Education and Training Blade Nzimande encouraged all institutions of higher learning to suspend lectures and other gatherings such as graduations and sporting events.

“I will be meeting with the Universities South Africa (USAf) and the South African College Principals Organisation (Sacpo), and the South African Students Union (SAUS) tomorrow, Tuesday 17th March 2020 to agree on a common national protocol and management plan across the sector as the time horizon extends into the future. This meeting will also consider various coping strategies in response to different scenarios regarding the scale and intensity of viral spread, including if necessary, periods of suspension of all activities at our public institutions,” a statement by the department said.

To date, the universities of Cape Town, Johannesburg, Witwatersrand and KwaZulu-Natal have suspended their academic programmes with some moving teaching and learning online.

“Several universities have imposed travel restrictions on staff and students. And all of that has been reiterated by the president in his speech on Sunday. However the big challenge has been ensuring that we have continuity of learning and several universities are upscaling their learning management systems,” Bawa said.

Bawa said succinct protocol procedures and contingency plans will be discussed and finalised at the meeting to be held with the ministers of basic education and higher education and training. DM