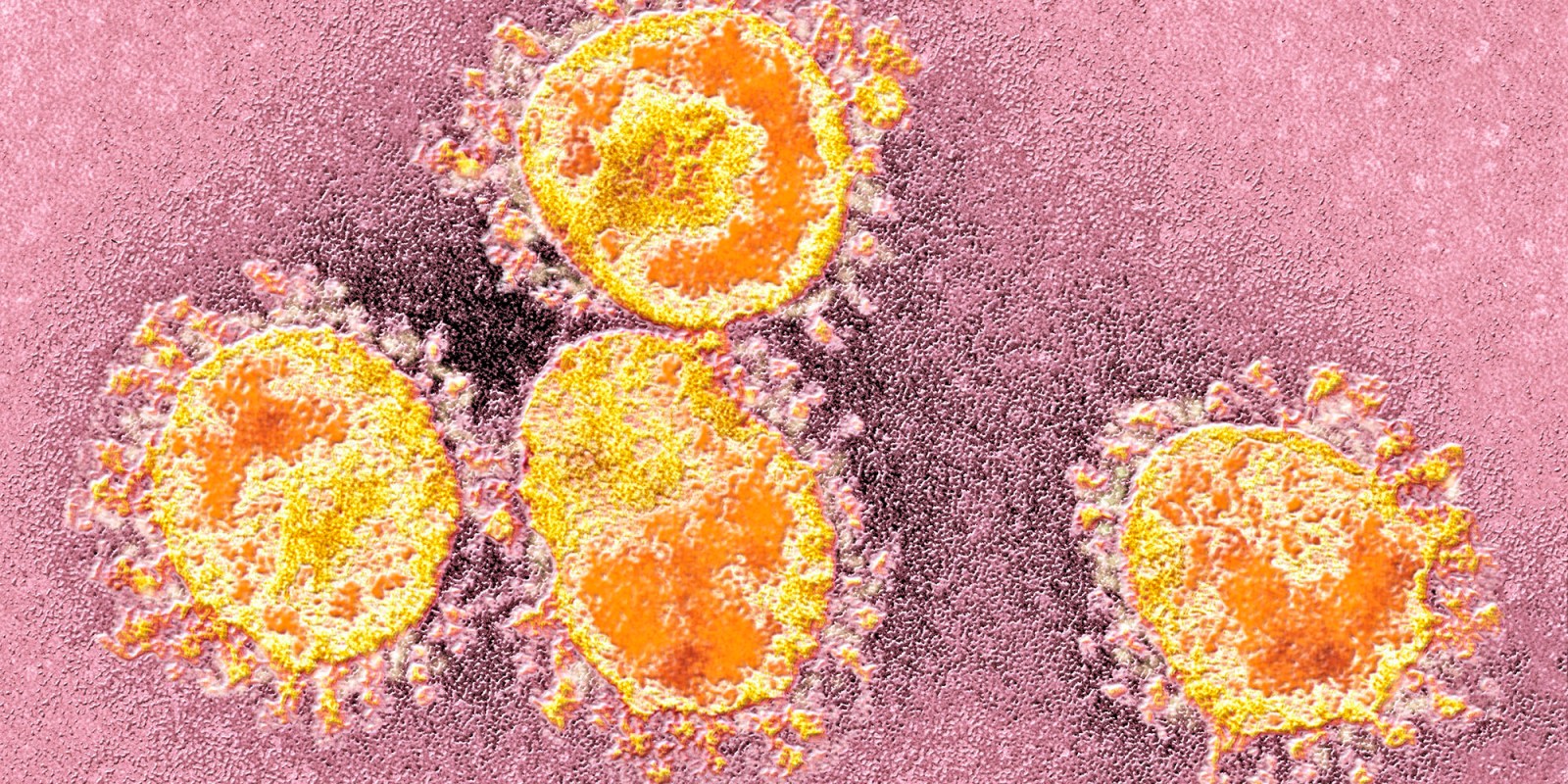 Human coronavirus. Coloured transmission electron micrograph (TEM) of Human coronavirus particles. Coronaviruses primarily infect the upper respiratory and gastrointestinal tract and can cause the common cold, gastrointestinal infections and SARS (severe acute respiratory syndrome). Coronaviruses are named after the corona (crown) of surface proteins (outer dots) that are used to penetrate a host cell. Once inside the cell, the virus particles (virions) use the cell's machinery to make more copies of themselves. (Image: Science Photo Library)

In the 1980s and early 1990s organisations such as Gay Men’s Health Crisis, ACT-UP and later the Treatment Action Campaign in South Africa pioneered ‘treatment literacy’ as one strategy to empower vulnerable communities in the response to HIV/AIDS. The premise of treatment literacy is that people are better equipped to respond to disease threats if they understand the science of the disease they are confronting. The same will be true of Covid-19.

In this article, we explore several questions that are being asked about what causes Covid-19, its relationship with ordinary “influenza” and where these viruses are thought to come from.

Influenza is caused by a virus. There are four types of influenza virus; A, B, C and D.

A pandemic can occur when a new and very different influenza A virus emerges that both infects people and has the ability to spread efficiently between people.

Covid-19 is not an influenza virus. It is a coronavirus which is a type of virus. Coronaviruses (CoV) are a family of viruses including, but not limited to, SARS-CoV and MERS-CoV.

Why is Covid-19 different?

Covid-19 and influenza both cause respiratory symptoms and are primarily spread through small droplets from the nose or mouth. Covid-19 is caused by a single virus known as Severe Acute Respiratory Syndrome Coronavirus 2, or SARS-CoV-2. This is a new virus and therefore people do not have immunity.

Covid-19 generally seems to lead to more severe disease than seasonal flu strains partly due to this lack of immunity. There is no vaccine and such a vaccine may be many months away. The situation surrounding Covid-19 is changing rapidly; the most recent mortality rate is 3.4% while that of the flu is less than 1%, according to the WHO. The WHO believes that containment of Covid-19 is possible with active involvement of countries by contact tracing in order to prevent infections and save lives.

How do new viral strains emerge?

New influenza viral strains constantly arise from two mechanisms that alter the genetic code of a virus. These mechanisms are known as genetic drift and genetic shift. Genetic drifts are small changes in genetic material called point-mutations which can occur in a single virus strain. Genetic shifts are when the genetic material of different strains of influenza viruses mix and form new combinations.

Another possible way a new strain could emerge?

Human infections with avian and other zoonotic influenza viruses, though rare, have been reported infrequently. These infections are primarily acquired through direct contact of humans with infected animals or contaminated environments, but usually do not result in efficient transmission of these viruses between people.

It is possible that when pigs become infected with both human and avian influenza virus these interactions can act as an intermediate step in combining the genetic material of avian, human, and swine influenza. The influenza genetic strands reassort while in the pig to form new combinations of avian, swine, and human strands. In turn, these new influenza viruses, which could possibly infect humans, have features not previously seen by the human immune system. This means that a human lacks immunity and that illness, sometimes severe, may occur.

How does the flu vaccine work?

The seasonal flu vaccine protects against the influenza viruses that research indicates will be most common during the upcoming season.

Why do new influenza strains and other viruses seem to originate in South East Asia?

There are a number of theories as to why new strains originate in South East Asia but no clear evidence. Some of the theories are:

Source: Department of Community Health and Public Health at the University of the Witwatersrand. DM