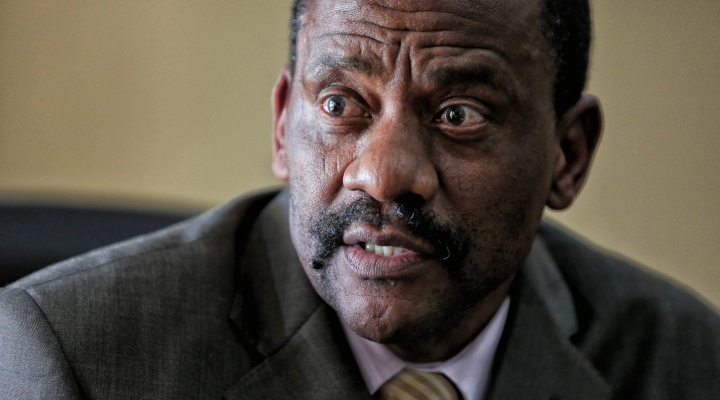 Daily Maverick reported last week that the Independent Police Investigative Directorate found that two Hawks cops should be criminally charged for failing to act when Cape Town detective Charl Kinnear’s cellphone was illegally tracked before his assassination. Hawks’ head Godfrey Lebeya, however, says there is ‘ignorance’ about how officers conduct investigations.

A warrant officer attached to the Directorate for Priority Crime Investigation (DPCI), better known as the Hawks, went all-out to alert key colleagues about the threat to Lt-Col Charl Kinnear’s life.

“It appears that there is some level of ignorance about the various methods of investigations in the DPCI, including unconventional methods,” Mbambo said.

At the centre of the matter is Kinnear’s assassination — he was shot and killed on 18 September 2020 outside his Cape Town home. At the time, there were known threats to his life and his cellphone was being illegally monitored — pinged — meaning his location was being tracked.

But Kinnear, who was tracking several underworld cases as well as investigating corrupt police colleagues, was not under state protection.

Last week, Daily Maverick reported that in a final report dated May 2022, into why police did not act properly to prevent Kinnear’s murder, Ipid recommended that two officers (a major-general and a warrant officer whose identities are known to Daily Maverick) attached to the Hawks be criminally charged with defeating the course of justice.

It was found they “acted unlawfully and criminally” in failing to act on information they had, and this “resulted in the killing of the late Lieutenant Colonel Kinnear”.

“DPCI had sufficient and prima facie evidence at hand to have applied for a search and seizure warrant to stop the illegal monitoring, seized equipment and ensure that the ongoing crime being committed against the state was neutralised.”

It also made scathing findings against Hawks head Lebeya.

“[He] failed to ensure that the DPCI members implicated investigate the threat against the state and therefore failed to protect the national interest or security of the state,” Ipid’s report said.

‘Over and above call of duty’

Lebeya, without confirming what was said in the report — which he said was not necessarily meant to be in the public domain — responded: “The DPCI is concerned that the information is silent about the findings of another high-level investigation which found that the Warrant Officer from the DPCI acted in accordance with prescribed framework.

“The report also found that he is the one who initiated measures to transmit the information regarding the threat in relation to the illegal pinging.”

It was not clear what other investigation Lebeya was referring to.

Brigadier Mbambo, on behalf of Lebeya, said it “is evident that the member went over and above his call of duty to alert the relevant authorities of the imminent threat [to Kinnear].”

The Hawks had also made several arrests relating to organised crime, which in turn linked to Kinnear and cases he had been investigating.

“May it be known that the DPCI has so far arrested 24 suspects related to these gang activities, and that two of these have already been convicted in a court of law,” Mbambo said.

“The other accused are appearing in court on several charges including a pattern of racketeering activities.”

Among those arrested were Nafiz Modack, accused of several crimes including involvement in Kinnear’s assassination, as well as Zane Kilian who is believed to have pinged Kinnear’s cellphone.

In April, Daily Maverick reported that Fareez “Mamokkie” Smith, a member of the Junky Funky Kids gang, admitted he conspired with two others to murder Kinnear at his Bishop Lavis home in November 2019. This plot, according to the state, had involved a hand grenade.

Daily Maverick also reported at the time that hitman Abongile Nqodi entered a plea and sentencing agreement with the state in a case stemming from the July 2019 murder in Melkbosstrand of 74-year-old Nicolaas Heerschap, the father of Nico Heerschap, a former Hawks warrant officer.

Nqodi alleged that Modack had ordered the killing. At the time, Nico Heerschap was working for the Hawks and was investigating Modack.

When Kinnear was assassinated in September 2020, he had also been investigating Modack.

According to Ipid’s report, Nico Heerschap’s cellphone was pinged, just like Kinnear’s. DM