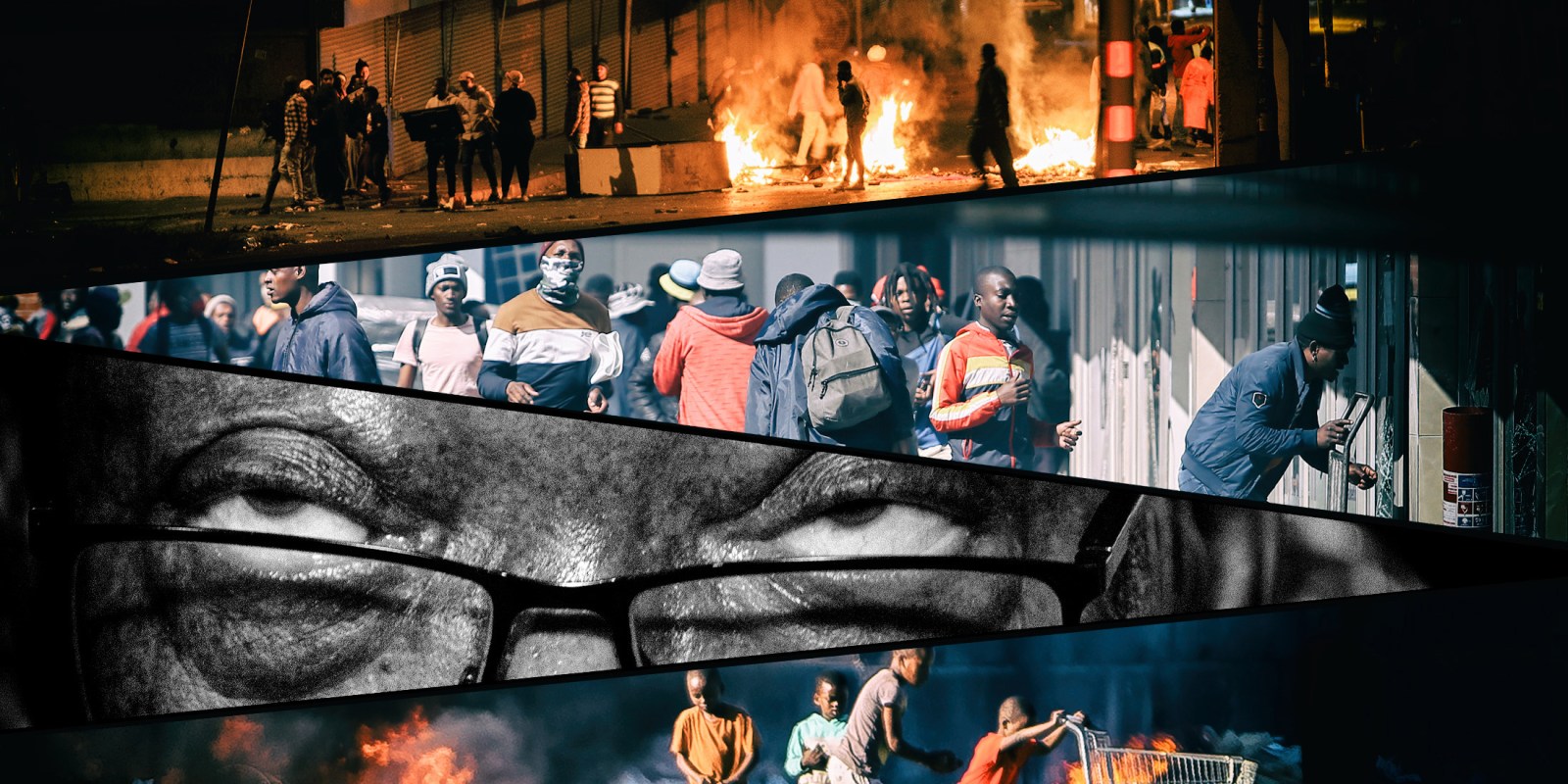 Jacob Zuma’s legal team suggested there could be a repeat of the July 2021 riots if his corruption trial wasn’t postponed on Monday. The absence of accountability allows the former president to continue undermining the rule of law while warning of a repeat of the deadly violence he helped stoke.

According to News24, former president Jacob Zuma’s legal team asked the Pietermaritzburg High Court to be “aware” of the July 2021 riots in considering whether to postpone his Arms Deal-related corruption case.

They told Judge Piet Koen that the riots in KwaZulu-Natal and Gauteng that resulted in the deaths of more than 350 people “were partly motivated or sparked, to whatever extent, by a sense of public outrage at perceived injustice and special treatment of Mr Zuma” by the Constitutional Court, which sentenced him to prison for contempt.

While the lawyers said Zuma did not condone the violence, the implicit suggestion was clear: if Koen failed to agree to another postponement, furthering the perception of injustice, there was a risk of unrest erupting once more.

In effect, Zuma was using the climate of disorder, which he helped to create by repeatedly undermining the justice system, as a bargaining chip in his corruption case. A more cynical interpretation is that the former president was tacitly suggesting that his allies, supporters and sympathisers might bring parts of the country to a standstill once again should the court rule against him.

In March 2021, ardent Zuma supporter Carl Niehaus warned that a Constitutional Court judgment against the former president would “inevitably lead to social instability which will not be good for South Africa or for the ANC”. At the time, MKMVA members were camped outside Zuma’s Nkandla home vowing to prevent him from arrest.

The attacks on infrastructure, such as key roads and ports, started in KwaZulu-Natal the day after Zuma’s arrest on 7 July 2021. What appeared to initially be the orchestrated targeting of key economic infrastructure quickly turned into the widespread looting and arson of malls and warehouses.

Speaking at the South African Human Rights Commission (SAHRC) hearings into the violence, President Cyril Ramaphosa said the riots were “nothing less than a deliberate, coordinated and well-planned attack on our democracy, intended to cripple the economy, cause social instability and severely weaken or even dislodge the democratic state.

“It was not the bubbling over of this discontent over an allegedly legitimate political grievance. It was an attempted insurrection. That economic infrastructure was targeted in the manner that it was, clearly shows that the intention was to bring our economy to its knees, thereby destabilising our economy and democracy,” argued the President.

Since last year, Ramaphosa has maintained that the violence was an attempted insurrection. If his position is to be believed, the insurrectionists would most likely be allies or supporters of Zuma, considering the timing of the attacks.

But nine months after the riots, there has been scant accountability. Police Minister Bheki Cele said the SA Police Service was pursuing a dozen instigators, a number of whom have been charged. Most of them, however, have been charged with inciting violence on social media.

According to a News24 report from March, police were investigating alleged masterminds, including high-level ANC members and businesspeople, for treason. However, not one has been arrested.

The SAHRC is conducting hearings into the violence, but the Chapter 9 institution can’t do the work of the police. An expert panel appointed by the President found that factional battles in the ANC contributed to instability, which security agencies are unable to adequately respond to, but it did not hold anyone accountable for the unrest.

In such a vacuum of accountability, Zuma can cynically point to the most deadly violence in democratic South Africa as a reason for his court application to be granted rather than yet another indictment on his leadership.

As Zuma’s lawyers put it, the July 2021 violence was “partly motivated or sparked, to whatever extent, by a sense of public outrage at perceived injustice and special treatment of Mr Zuma”.

The former president has spent years portraying the judiciary as unjust and biased against him. While in office, he undermined the justice system by appointing prosecutors and police bosses beholden to him and when dragged to court he appealed at every opportunity and launched applications to frustrate any attempts to hold him accountable.

Instead of arguing his case in court, Zuma continued to attack the judiciary from the sidelines. When then Chief Justice Mogoeng Mogoeng took the extraordinary step of asking Zuma to submit an affidavit regarding his potential sentence, Zuma replied in a letter:

“I am ready to become a prisoner of the Constitutional Court and since I cannot appeal or review what I see as a gross irregularity, my imprisonment would become the soil on which future struggles [would be fought] for a judiciary that sees itself as a servant of the Constitution and the people rather than an instrument for advancing dominant political narratives.”

The former president believes such a judiciary that serves the people should not be able to hold the executive or Parliament accountable. He claims that the country’s constitutional democracy gives courts too much power over elected politicians and is used as a political tool by the elite to undermine efforts to improve the lives of the poor. It has become a rallying cry for the ANC’s Radical Economic Transformation faction.

It’s no surprise Zuma wanted to use the July 2021 violence as a bargaining chip in court. Zuma has repeatedly shown he is willing to undermine democracy to avoid accountability. It might be more difficult, however, if the police were able to do their jobs and arrest those responsible.

Koen granted Zuma’s postponement application on Monday, taking into account the former president’s attempt to petition the Supreme Court of Appeal regarding his application against prosecutor Billy Downer. DM