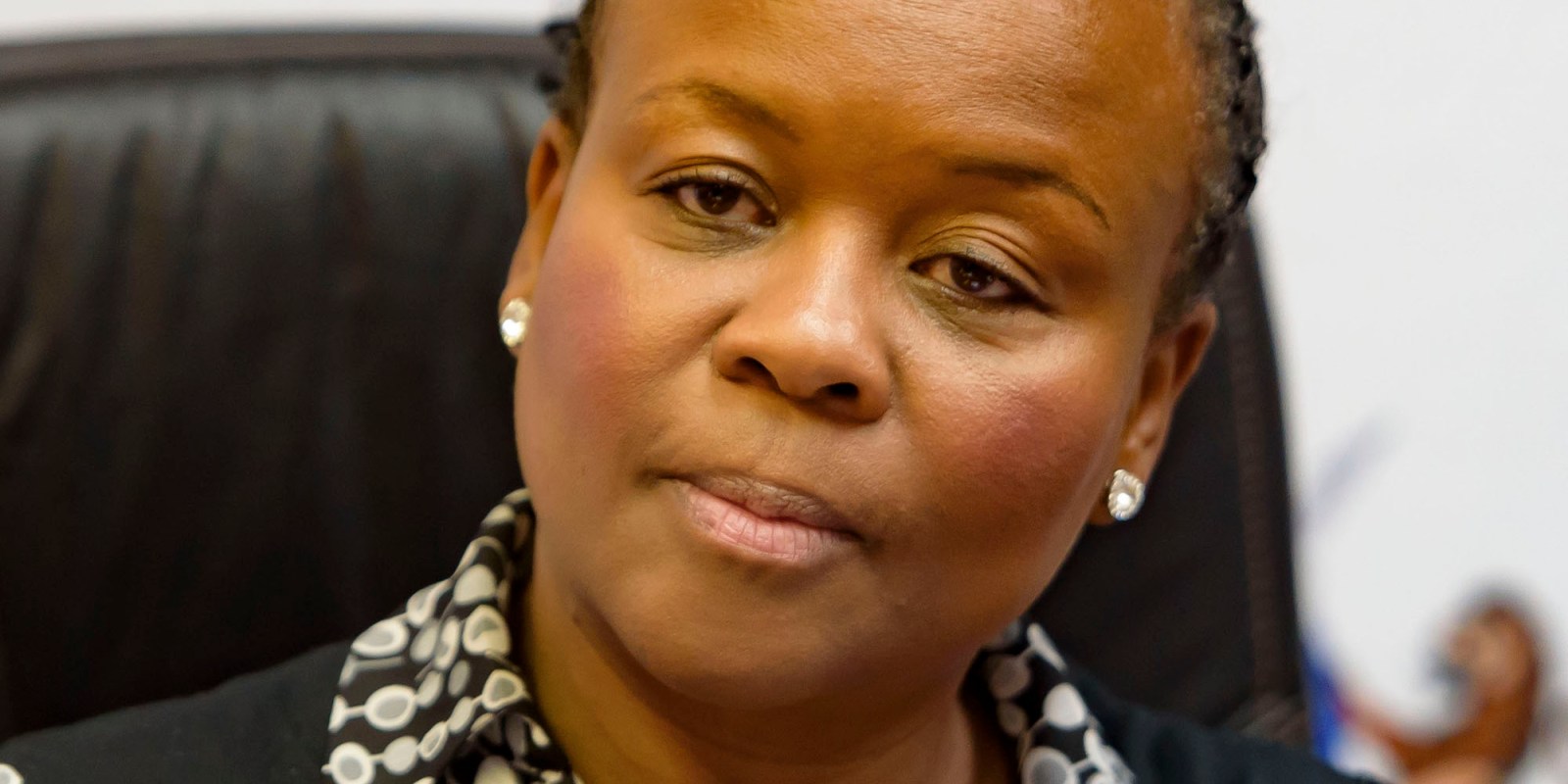 As the ANC goes through the latest intense period of contestation, and with seven more provincial conferences to be held leading up to a national conference, the secretary-general’s office may be as important as it ever was.

Over the past few weeks, there has been some evidence of what appears to be the growing influence of a woman who was not elected by the ANC branches, but who is nevertheless playing a major role in the secretary-general’s office. Her name: Dr Gwen Ramokgopa. Her task: the national working committee requested her help in “coordinating” the office.

There is a growing understanding that Ramokgopa could be in the strongest possible position ahead of the national conference should she decide she would like to become the ANC’s first woman secretary-general. But there are many pitfalls because of the importance, and prominence, of the role she is playing.

Throughout the history of the ANC during the democratic period, the relationship between the party’s leader and its secretary-general has been key.

It appears that former president Jacob Zuma became vulnerable only once his relationship with then secretary-general Gwede Mantashe broke down in 2015, after the firing of former finance minister Nhlanhla Nene. And the writing may have been on the wall in 2005 for then president Thabo Mbeki the moment the secretary-general at the time, Kgalema Motlanthe, chose to support Zuma rather than him.

It was for this reason it was always unlikely that the ANC would survive five years of what appeared to be divergent agendas between President Cyril Ramaphosa and Ace Magashule, suspended from the post of secretary-general while facing criminal charges.

It is also why this position was so closely fought at Nasrec, and why the difference in votes between Magashule and Senzo Mchunu was so small — just 24 votes. This is why Magashule’s suspension — Jessie Duarte is the deputy secretary-general — is so important. It has left a huge weakness in the party, in the office occupied by a person who, legally, is the accounting officer of the governing party.

And that is why the position Ramokgopa currently occupies is so important and so interesting.

While secretaries-general have usually had strong opinions and been free to express them, they have always been elected into office.

Ramokgopa has also expressed strong opinions despite not having been elected by delegates.

In the aftermath of the election of Mandla Msibi as ANC Treasurer in Mpumalanga — despite facing murder charges — Ramokgopa was quoted as saying that it had been a “disappointment”. She suggested she was worried that this might also happen in other provinces.

She was clearly speaking about former KZN mayor Zandile Gumede, who was elected chair of the party’s powerful eThekwini region at the weekend despite facing corruption charges.

There can also be no doubt as to where Ramokgopa’s political allegiances lie.

Last week she was quoted by TimesLIVE giving Ramaphosa fulsome praise, saying that his “participatory” style of leadership had led to a situation where the national executive committee did not have to vote on major issues, but rather reached consensus.

She also said that no other leader in the democratic era had spent as much time at Nedlac as he had, which indicated he was focusing on the economy.

So strong is her perceived closeness to Ramaphosa that in one interview with EWN she said she was not Ramaphosa’s “sniper”.

Considering the situation that she is in now, these comments, and her comments in Mpumalanga, it would appear that she is very close to Ramaphosa, and would run on whichever slate he leads in December.

This may well suggest that Ramaphosa would then look to include Senzo Mchunu in a different role on his slate. This could be a reflection of a perceived weakness in Mchunu.

In 2017, Mchunu was vital because he was bringing support from part of KwaZulu-Natal. It may well be a sign of how much weaker that province is now that Ramaphosa may no longer feel Mchunu is so crucial.

It could also reflect that Mchunu himself has lost some power and has no important constituency to bring to the slate.

It is important to assess what kind of secretary-general Ramokgopa may turn out to be. There can be no doubt about her experience.

She occupied perhaps the most important provincial MEC post in the country for eight years — that of Gauteng health MEC from 1998 to 2006. Then she went to what was at the time the country’s biggest council, the Metro of Tshwane, as mayor from 2006 to 2010.

Ramokgopa also has national experience, having been the deputy minister of health for four years, from 2010 to 2014. This suggests she may have the ability to manage both people and resources.

While it may be true that the ANC is in more turmoil than ever before, it is also likely that the job of secretary-general is only going to become more difficult. No matter what happens in the national election, or in the provincial conferences this year, it appears the dynamics around corruption and the party’s possible poor showing in 2024 are going to put it under even more pressure than it is now.

Much of that pressure will come to the door of the secretary-general’s office.

In the short term, what may matter most is the process of deciding who votes in the national ANC leadership election and who does not.

In the past, this has been managed through a series of branch audits to determine which branches can send delegates, then decide how many delegates each province can send, and then ensure that branches hold proper branch general meetings to select those delegates.

This is a meticulous process, liable to court challenge at every step. If it is not handled properly it can result in damaging delays or even the complete collapse of the national conference.

Perhaps the major problem Ramokgopa may face is that she may have to make decisions that have legal consequences. While she has been appointed to the position by the national working committee, she was not elected to the post.

This could mean that any decisions she makes, with both legal and political consequences, could be challenged.

In response to this, she has said that her decisions would be taken to the national executive committee, which will then make a legal determination.

While this may be the case, it is surely going to be very cumbersome at a time when the secretary-general’s office has to be more agile than ever.

This suggests the toughest test Ramokgopa will face should she want to occupy the position formally will come over the next few months. If there are no major issues, then it may be easier to convince delegates to vote for her in December.

Strangely, this may not actually be within her control.

The past has shown us that in the ANC, the higher the levels of political contestation, the greater the chance of legal challenges to outcomes and decisions. Thus, if there is a strong challenge to Ramaphosa in December, the chances of legal action against a decision taken by this office are greater.

But if there is no major challenger, and if Ramaphosa is set for an easy victory, then her decisions might not be contested in this way.

Ramokgopa has had a long and varied career in all three spheres of government. But helping to manage the ANC at this time, ahead of a national conference, may be her toughest test yet. DM