What Prasa needs to do to get crumbling Philippi statio... 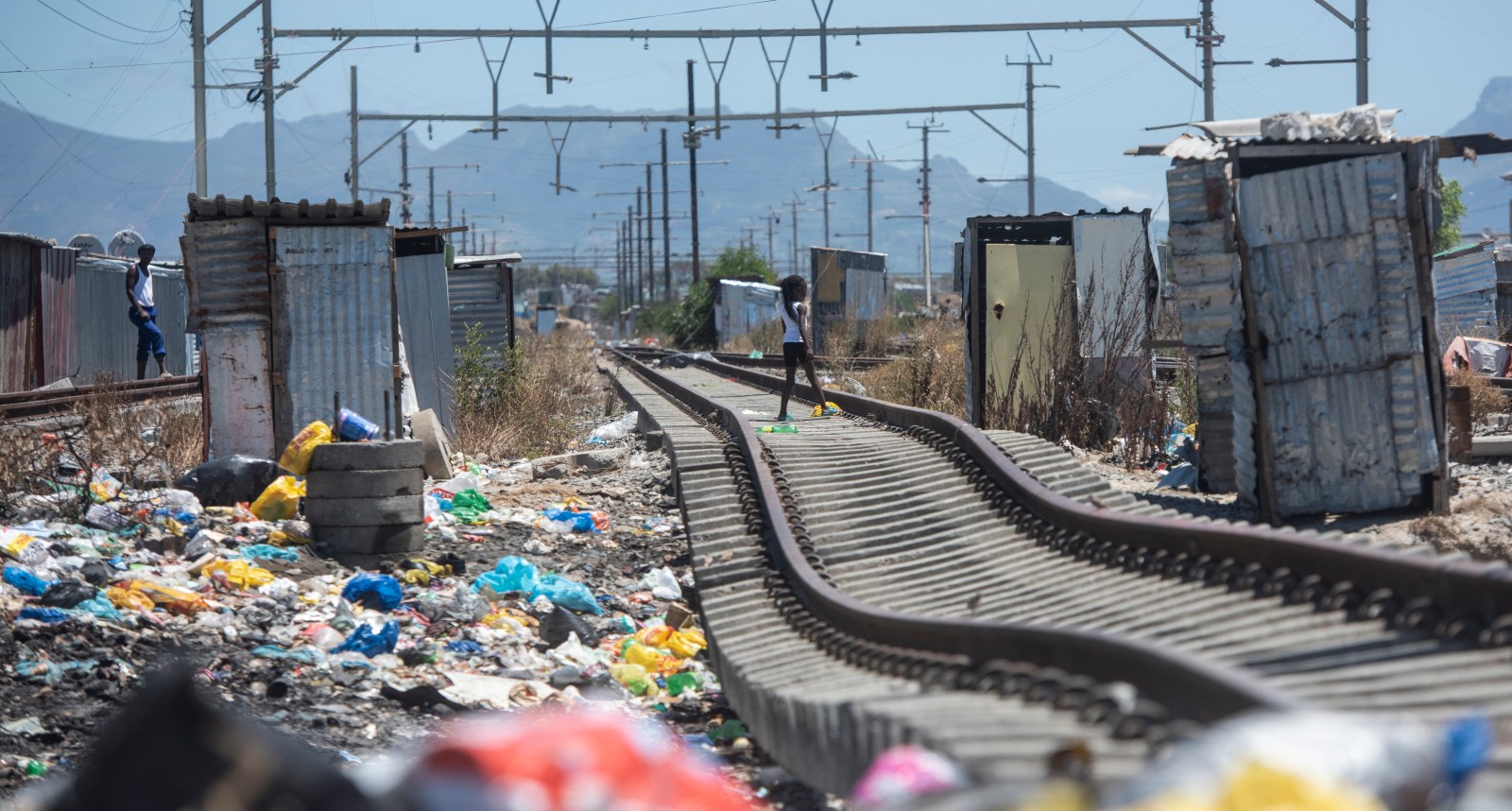 A girl walks on the disused Prasa train tracks in Philippi, Cape Town, where people have now started to occupy the rail tracks. (Photo: Brenton Geach)

Transport Minister Fikile Mbalula recently said he hoped the Central Line in Cape Town would be fully operational by July. But Philippi station, a key station on the dysfunctional line, is a reminder of the issues that need to be addressed: vandalism, theft and security.

From the outside, Philippi train station in Cape Town is an example of many public transport interchanges across the nation: it’s a hive of activity, with taxis everywhere and people selling everything from food to furniture. But inside the station, it is clear that it requires a massive amount of work before it can become operational again.

The station is on Cape Town’s Central Line, which came to a halt in November 2019 after sustained vandalism and theft of essential infrastructure belonging to the Passenger Rail Agency of South Africa (Prasa).

During the Covid-19 lockdown, vandalism and theft of infrastructure worsened, but another problem arose: many homeless people started living on the disused train tracks.

The rail agency and Transport Minister Fikile Mbalula are on a mission to get the Central Line running by July. During his State of the Nation Address in 2020, President Cyril Ramaphosa announced R1.4-billion would be allocated to fixing the Central Line.

At a media briefing on Monday, 17 January, in Cape Town, Mbalula said: “I have no doubt that we will meet the deadline to return the Central Line to full service by the end of July 2022,” while the agency continues with its resignalling project. This project’s costs are now just under R2-billion, and are expected to rise to R2.5-billion.

On Thursday, Prasa subsidiary Metrorail took journalists on an information session to explain how the new People’s Train works and to view the agency’s service resumption and construction efforts across the Central Line.

The media contingent took the People’s Train to Fish Hoek station before getting a shuttle service to Philippi on the Cape Flats.

In June 2019, Daily Maverick reported that Mbalula had to get out of a train as it could not operate further than Philippi because of delays over a pantograph hook-up line, two people being struck by trains at a nearby station, and because the station had no electricity.

Now the station is empty, littered with broken glass and used as a thoroughfare by communities.

In some places the train tracks are barely visible, covered by the zinc structures of those living there. In February, Daily Maverick reported on the informal settlement built on the disused tracks.

Inside the station, Prasa pantograph lines have turned brown, sticking out against the bright silver zinc structures.

“It’s the very people who are settled here now that don’t have an option for mass movement, for cheap mass transportation,” said Nana Zenani, the acting spokesperson for Metrorail in the Western Cape. She described Philippi station as looking like a “war zone”.

Community member and Prasa volunteer Nombulelo Mgidlana has lived in Philippi for the past 10 years. She is part of the People’s Responsibility Programme (PR2P), which sees up to 5,000 volunteers nationwide work with Prasa security and police to monitor train stations across the country.  “The communities look after the stations, they are our eyes and ears,” said Zenani.

Mgidlana said, “[Criminals] are vandalising the stations, there are lots of skollies [criminals] working.”

Mgidlana added that people needed the Central Line trains to operate again, because, “People are suffering. They get taxis, but the taxis are very expensive… The trains are much better.” She told Daily Maverick  a single taxi trip between Philippi and the Cape Town CBD costs R23, while a monthly train ticket costs R105.

Journalists at Philippi station were told that Prasa security personnel were targeted by criminals for their bulletproof vests, cellphones, firearms and other possessions.

It is not only in Philippi that people are occupying the train tracks. Homeless people are living on the railway tracks in Langa – also on the Central Line – and Prasa has sought an eviction order from the Western Cape High Court.

Following an extension request in November 2021, Prasa has been given until June to move occupiers from Langa to a new site in Eerste River on the city’s outskirts. DM