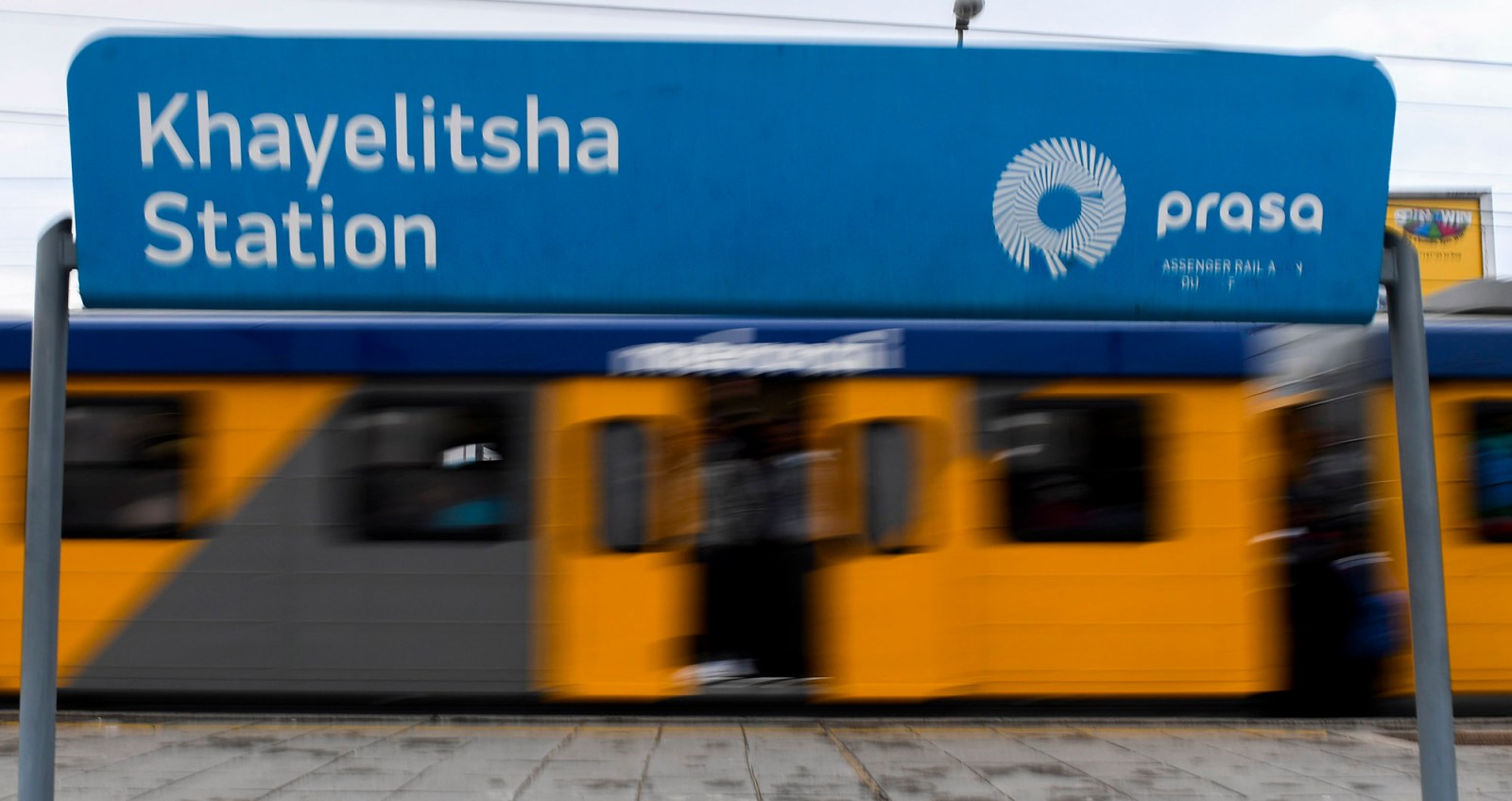 Costs for work done on the Central Line in Cape Town are exceeding initial estimates by almost 100% after efforts to repair one of the biggest in Cape Town were delayed by the Covid-19 lockdown and the encroachment of land occupiers on rail infrastructure.

The repairs to the Central Line have thus far cost just less than R2-billion and are expected to rise further, said David Mphelo, acting CEO of the Passenger Rail Agency of South Africa (Prasa). This comes as the agency wants to speed up efforts to get the line fully operational.

Mphelo was answering questions during a media briefing in Cape Town by Transport Minister Fikile Mbalula on Monday, 17 January.

During his State of the Nation Address in 2020, President Cyril Ramaphosa announced that R1.4-billion would be allocated to Prasa to fix the Central Line, to allow for a “safe, reliable and affordable service”.

Read in Daily Maverick: Ramaphosa: ‘A key priority is to fix commuter rail’

Mphelo attributed the rising costs to encroachment on the line and the Covid-19 hard lockdown. During the hard lockdown in 2020, vandalism and theft increased as train operations came to a halt, leaving Prasa infrastructure exposed to criminals.

“The contract has not yet been completed,” Mphelo said, adding that the agency would extend contracts because of the delays. He said that with further extensions the cost of repairing the Central Line could rise to R2.5-billion.

The Central Line runs along 21 stations in Cape Town, including Langa and Philippi, and ends at Chris Hani (Khayelitsha) and Kapteinsklip (Mitchells Plain) stations. A line to Bellville station also runs on the Central Line to stations including Bonteheuwel, Lavistown (Bishop Lavis), Unibell (Belhar) and Sarepta (Kuils River). The line was initially closed in November 2019 after sustained vandalism and theft of infrastructure, particularly at Bonteheuwel and Netreg (Kalksteenfontein) stations.

In February 2021, about 471 days after the initial closure, trains travelled on the Central Line from Cape Town station to Langa station.

However, trains cannot move further than Langa station as land occupiers have made the tracks their home. The Langa land occupiers are not the only ones occupying Prasa railway lines — there is another occupation in Philippi.

In July 2021 Prasa sought an eviction order from the Western Cape High Court so it could begin repairs. This order was granted and Prasa had until November 2021 to remove the occupiers. Prasa is working with the City of Cape Town, the Housing Development Agency and the Department of Public Works, among other stakeholders, to remove the occupiers from Langa to public land in Eerste River. In November, Prasa was granted an extension on the evictions to July 2022.

Prasa Corporate Real Estate Solutions regional manager Koparo Molefi said that “by the end of February, we will have resolved the land issue” following talks with community members over the relocation from Langa to Eerste River.

Speaking at a media briefing during his oversight tour in Cape Town, Mbalula said all 21 stations on the Central Line required extensive upgrades, which have been prioritised by the Central Line Presidential Project.

Mbalula said the stations are at different stages of upgrades, which began at the start of the financial year “and are due for completion in the first quarter of the 2022/2023 financial year”.

Mbalula described the Central Line as his “biggest gripe” and one that needed to be fixed. DM